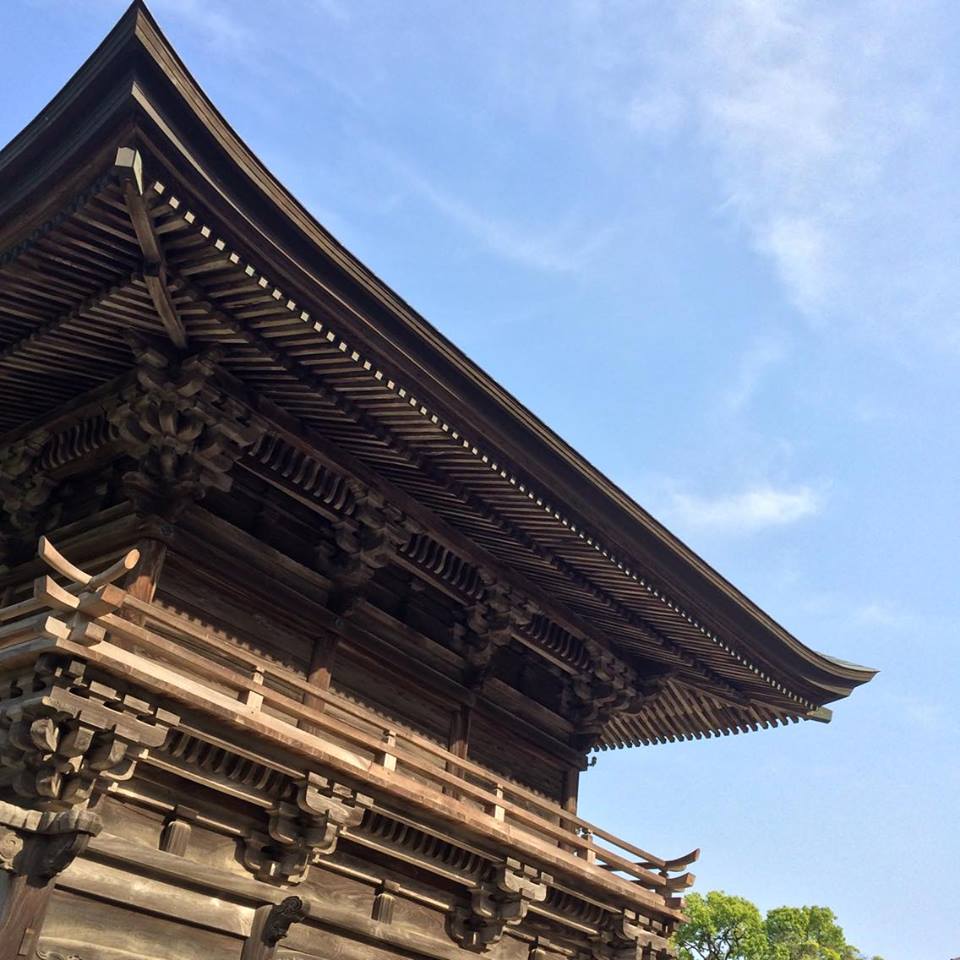 Myotoku-ji Temple, a Zen temple has a historical background

Amakusa has a wealth of churches. In their humble little nooks before the tree-lined rice fields and along the coasts, I imagine a flood of faith and devotion among the locals before any other sort. The hills blur into the inland, while the halls of devotion stand brilliant before you. Recessed into the hills, dark as for the writhing undergrowth, is another design on local culture. Myotoku-ji temple, built during the Amakusa islands’ long-ago conclusion of a Christian age. 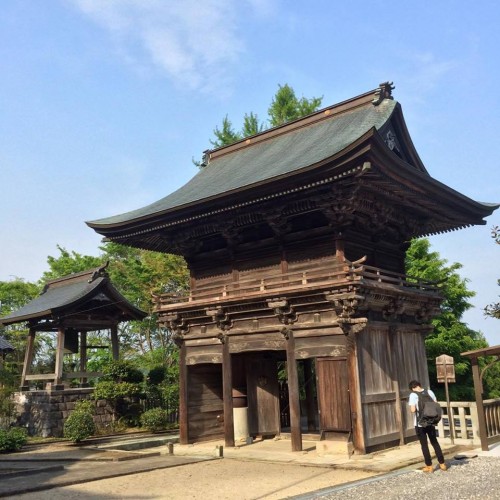 In 1542, Christianity washed ashore as an accidental ablution on and over Kyushu’s southern point. Intended for the Philippines, the Portugese pilgrims found new proselytization among the Japanese. The faith owned a small part of the Japanese world by the turn of the century, spreading to Kyoto. A local Amakusa boy known as Amakusa Shiro occupied a small part of Japan as well, but felt ordained for greater purpose. When evangelizing and simple belief were outlawed by the shogun in 1629, he poised himself by the edge of his sword and below banners written with righteous words. He and tens of thousands of Amakusa, Christians and peasants, rose against the shogun. Their fall came, and edicts to expel Christianity passed over the land. 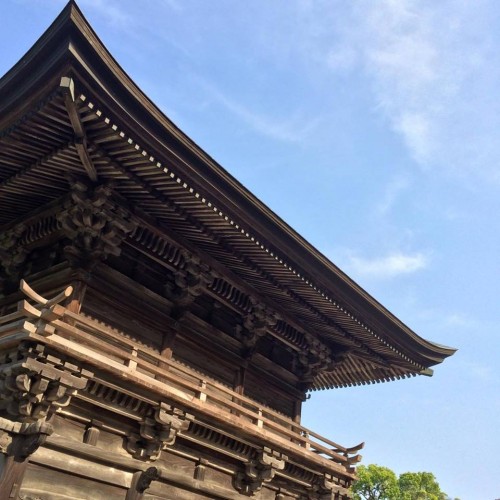 The Amakusa band’s rise and fall is catalogued at the Amakusa Christian Museum. Radiant white, with far-seeing balcony views, it’s a graceful commemoration of local history. Humiliation often crosses what becomes commemorated, and in the shade of the hilltop is an unusual image hidden in the shuffle of scrolled history. Myotoku-ji Temple encapsulates the unspoken scroll’s worth. 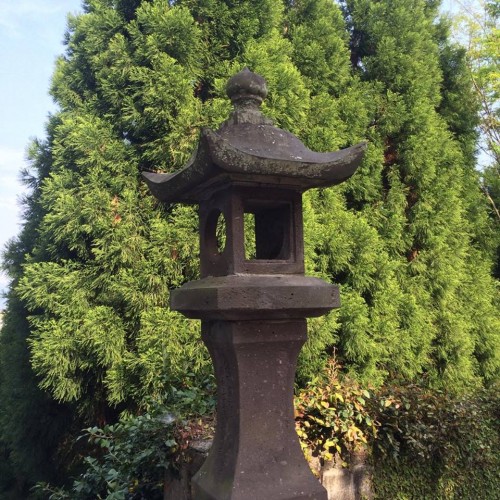 Myotoku-ji Temple fits snugly into its surroundings. From the base of its stone staircase, its sanmon gate peaks in a brown variegation of the greenwood grove at either side. The texture along the forest edge represents the islands, soft rings and ripples of age, soft as its green firs to the touch. It is what was engraved in the wood and the stone steps, shogun’s sentiment, that disquiets.

1626 marks the year Christians were made to renounce their faith, and public acts ritualized the nationwide process of purging. Soured as the stockades, “fumi-e” persecution involved collecting suspected Christians who had to trample an image of the Virgin Mary or be punished. Myotoku-ji Temple was erected in 1645 to carry a weighty message to the Christian Amakusa islands. Upon its steps, little crosses are etched in silent sacrilege; to pass into the temple you must step upon them.

The temple gate is reminiscent of a checkpoint along the old Tokaido route to Tokyo, appearing hewed from sturdy yet aromatic timbers from off to the wayside. Walking here from Amakusa Christian Museum, past the hill-pall of gravestones and oddly jutting wooden stupas, the colorless gate – all the buildings, in fact – plays no vibrant grace note to the descending tone. It is somber, and I wondered what dark place the belfry would resound to in the hillside hush. 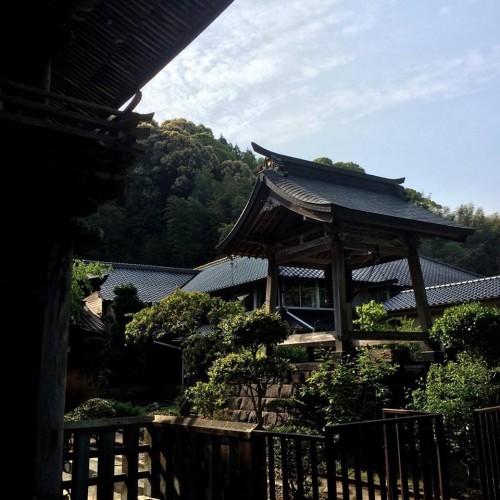 What to see in Myotoku-ji Temple in Amakusa

Besides the gate, Myotoku-ji Temple has two traditional structures. The shogo (belfry) is tagged to the gate like an offshoot. Backed by a looming hill and its abducting shadows during late afternoon, the meditation hall oversees the grounds. The sounds of lecture and chant stirred inside, though at first the sound seemed to drift from the woods. Sound was strangely displaced in the central courtyard. It carried light spring sounds, tempering the temple’s dark beginnings soothingly. 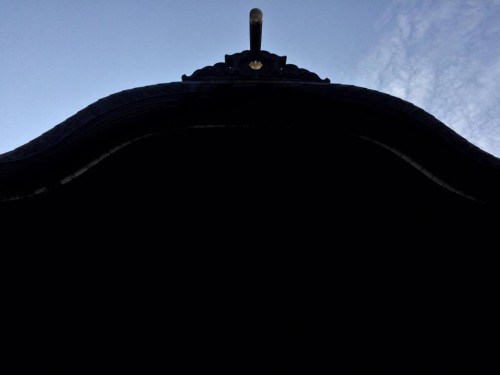 Myotoku-ji Temple was an act to reclaim a domain, although now its forms are becoming against the forest. Below the gate, an ominously-charged silence may take the temple quiet. Engraved by the founders, on either side in flowing calligraphy, read the words “Excellent master spreads the noble teaching” and “remove the erroneous teaching of Christ.” Another path now crosses the stairwell and leads away to the memorial for the Amakusa dead at Martyrdom Park, and this crossroads might have brought the strange harmony now heard at Myotoku-ji Temple. 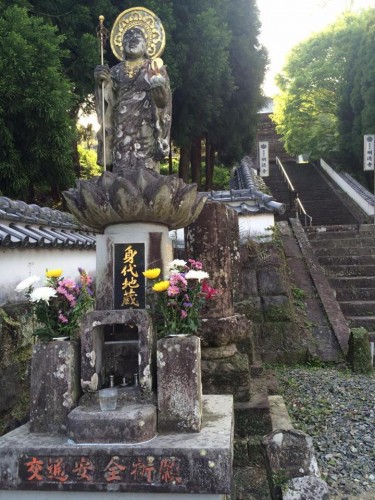 From Nagasaki, take the JR Nagasaki line until Isahaya. Take either the limited express at 15 minutes and 1000 yen, or local train at 460 yen, taking 30 minutes.

From Isahaya, take a train to Shimabara. Take the Shimabara railway from Isahaya until Shimabara at 70 minutes, taking 1430 yen.

From Kuchinotsu port, take the Amakusa ferry for the Amakusa islands. The one-way ride is 370 yen, taking 30 minutes.

From Amakusa port, take a bus until Hondo. This costs just over 500 yen, taking 30 minutes.