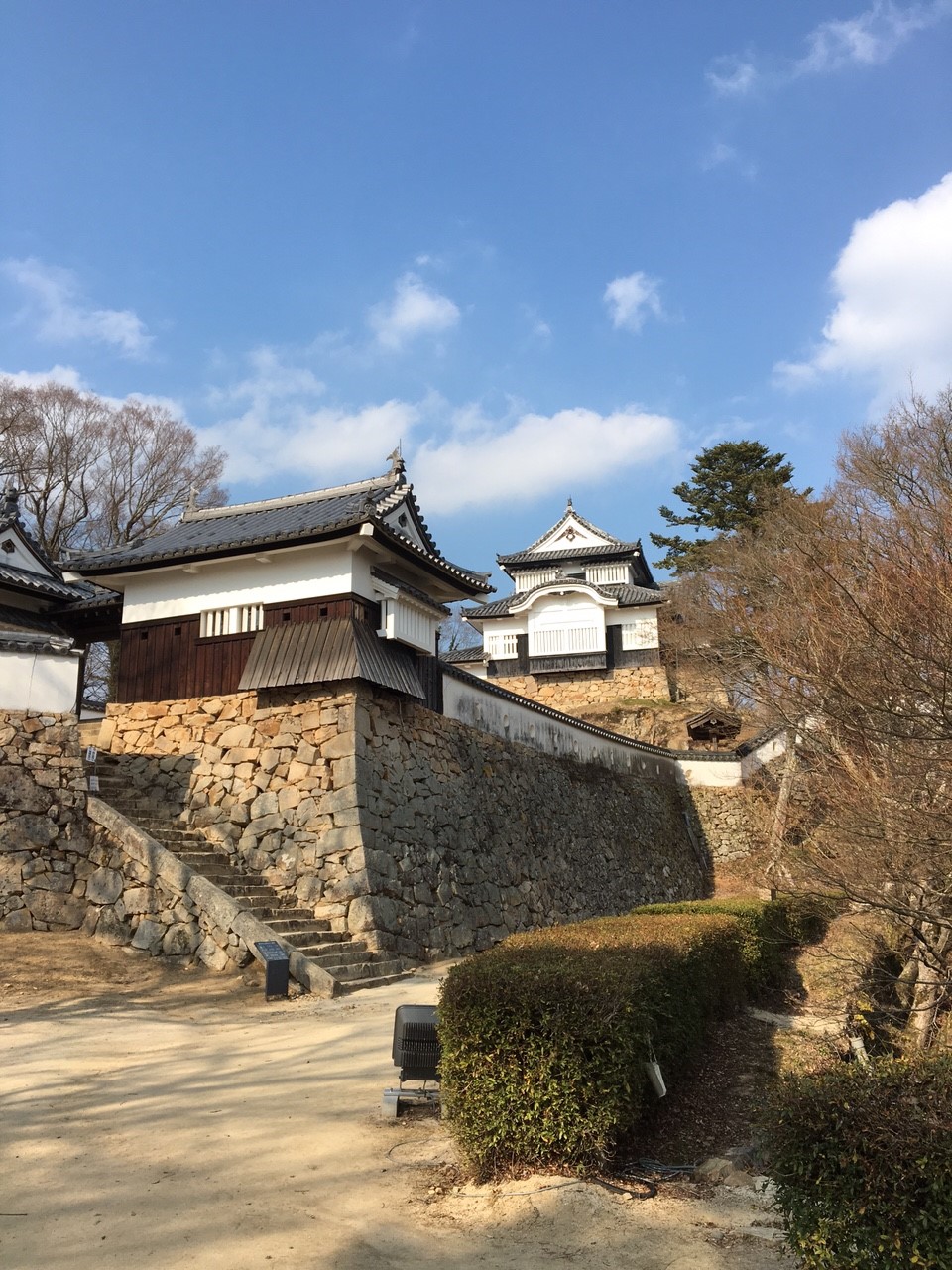 Okayama Bitchu-Takahashi Matsuyama, one of oldest castles in Japan 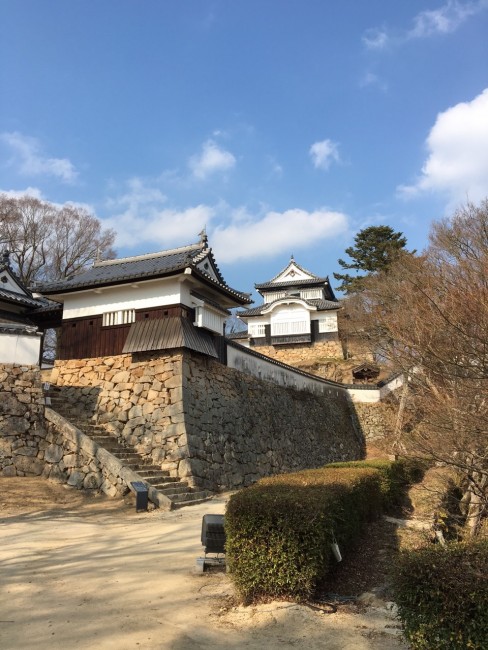 To the north of Okayama, atop a high mountain lies the beautiful Bitchu-Matsuyama Castle (also known as Takahashi Castle.) Bitchu-Matsuyama Castle is noteworthy for a few reasons. First, having been built in 1240, it is Japan’s oldest surviving original castle. It went through repair works recently to combat rot and damage from bugs, and the inside exhibits some information about that procedure. Second, it is Japan’s highest castle at 430 meters. Finally, it is the only mountain top castle in Japan not in ruins now.

How to Get to Bitchu-Matsuyama Castle

The castle can be reached by taking a JR Hakubi line train from Okayama city and then getting off at Bitchu-Takahashi. The train ride takes between 30 to 60 minutes and 840 yen to 1590 yen, depending on if you get the express or local trains. From Bitchu-Takahashi station, a short 1 to 1.5km walk will get you to the head of the trail, and it is a very nice walk. Then, a moderate hiking trail which takes about one to one-and-a-half hours will lead you to Bitchu-Matsuyama Castle. 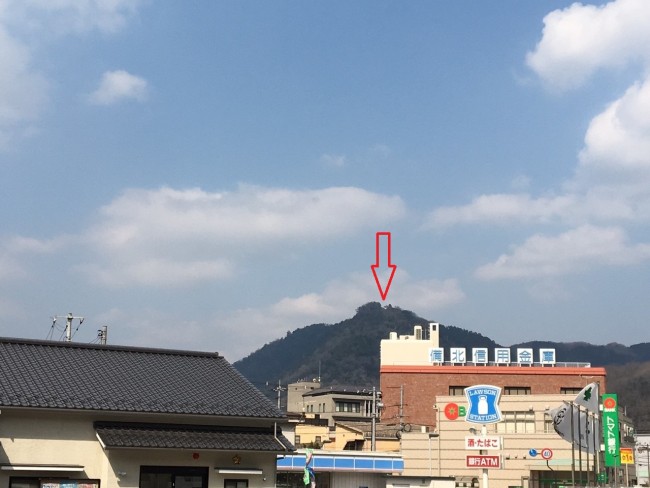 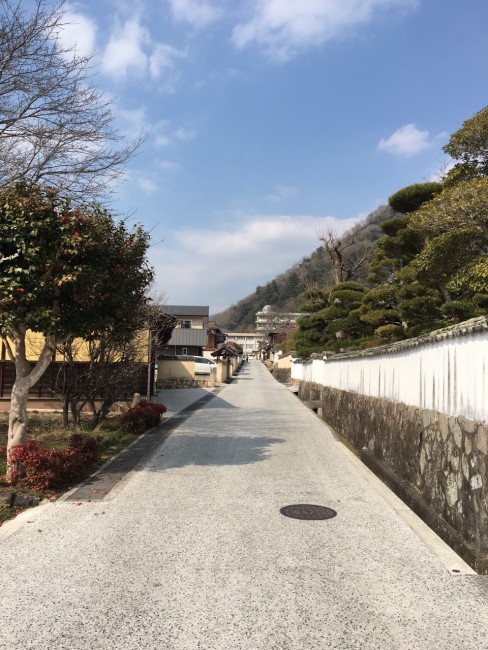 From the station, follow the map and walk to the trail head, which is about 1.5 kilometers away. It is a nice walk and you can pass a few other tourist attractions along the way such as Raikyu-ji temple and the Haibara and Oori samurai residences. 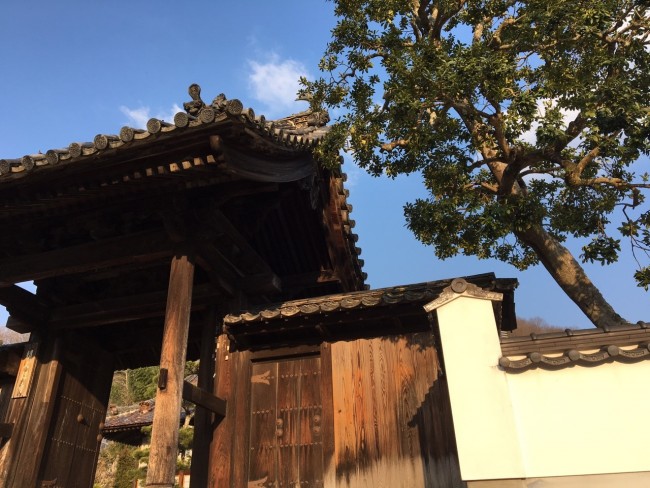 At Raikyu-ji we get to see some very cute statues depicting the Buddha with each of the zodiac signs. Which year were you born in, and what is your sign? I am a rabbit, it is cute! 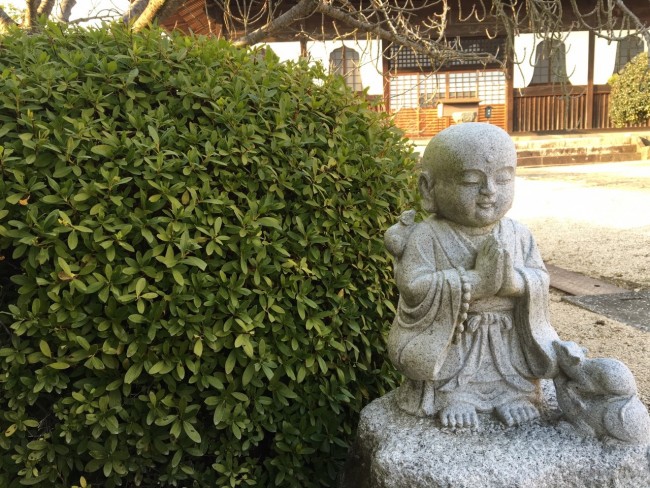 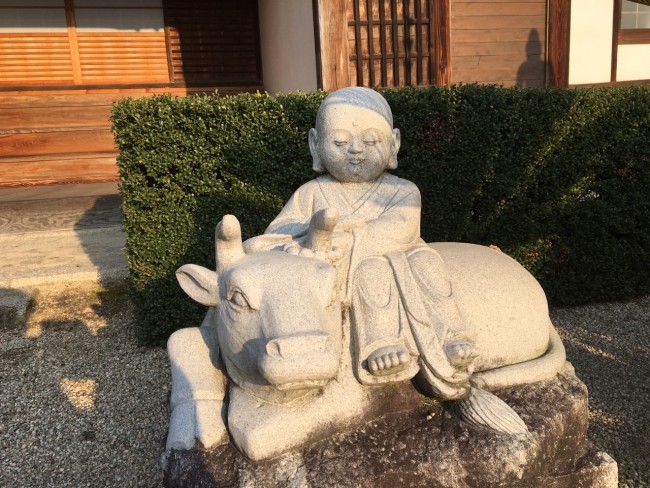 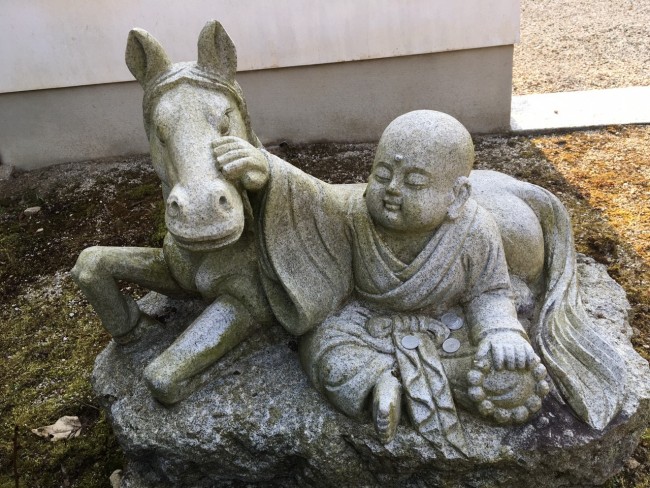 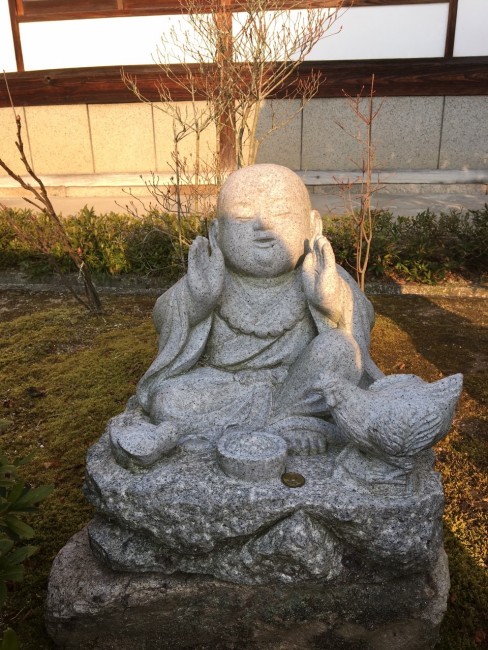 Not born in any of those years? Well you will just have to travel to Bitchu-Takahashi yourself and see the rest of the statues. They have all of them all scattered around the gardens. 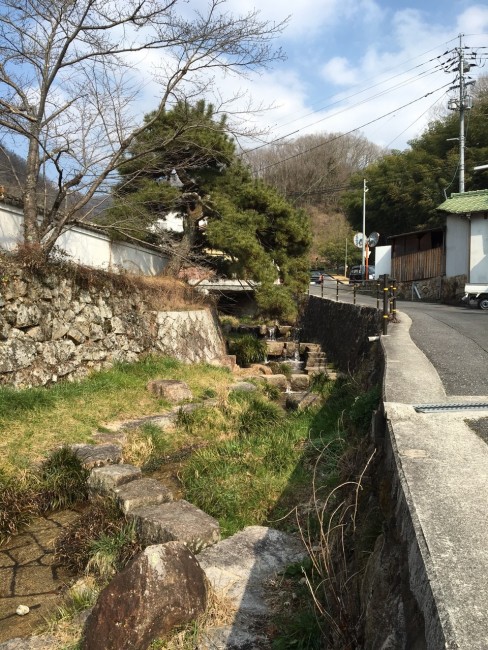 I really do recommend walking to the trail as there are many picturesque scenes like this throughout the town of Bitchu-Takahashi. 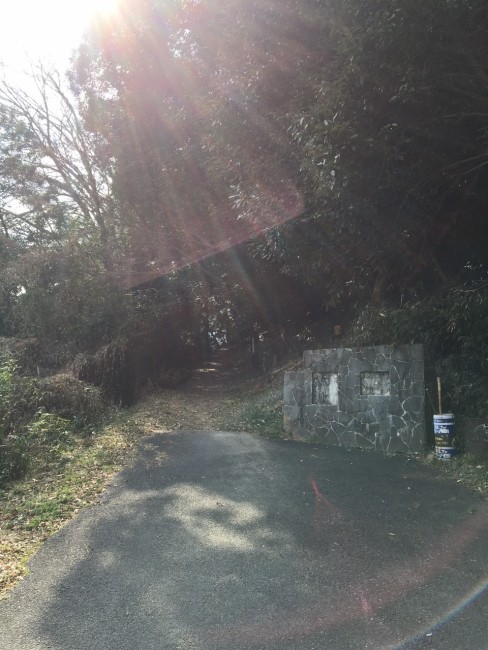 Arriving at the trail head, you will conveniently find a bucket of bamboo sticks, which should make the trek up the hill a little easier. Well, it is a simple enough walk anyway but it is nice to have something in your hands. 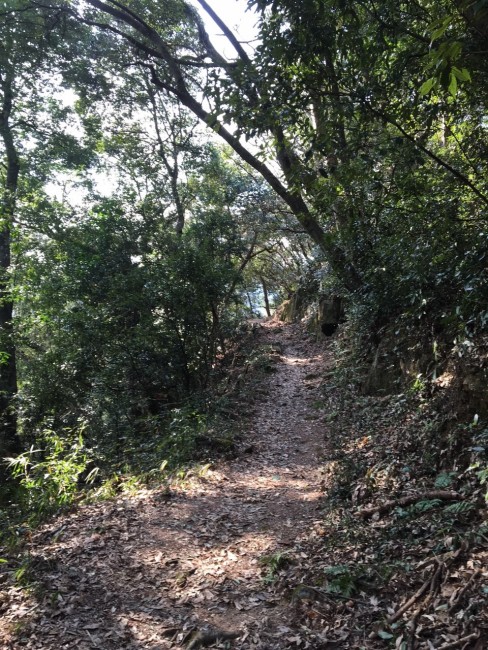 The trail is very easy to follow and there are no deviations, so we do not need to worry about getting lost. 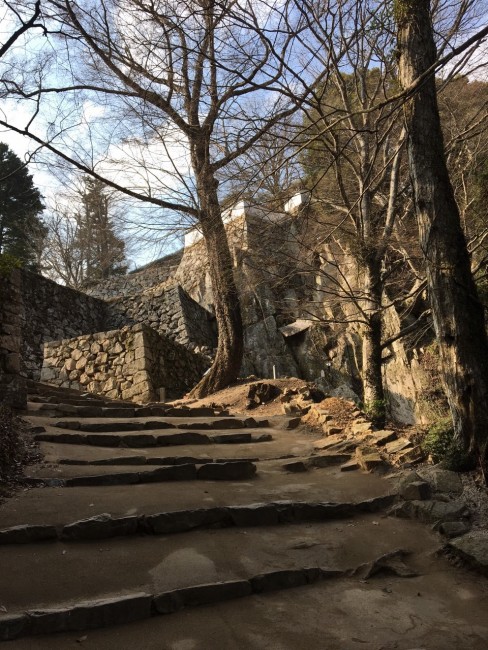 And finally we start reaching what looks to be the castle. 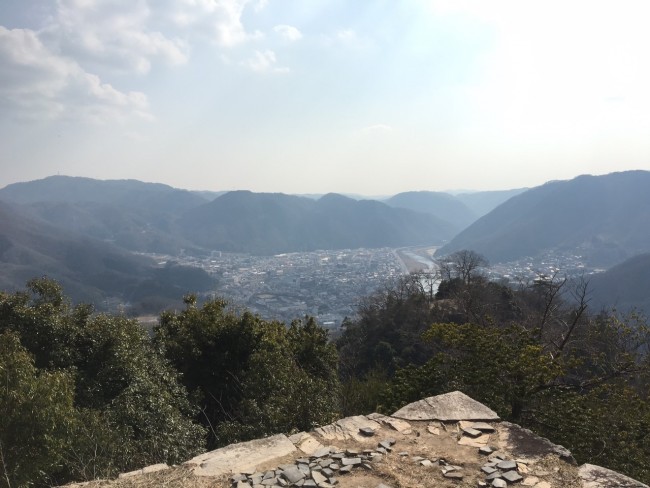 The view from here is nice, but unfortunately it was a very clear day when I went. Usually when looking out from a high point of view, a clear day is a good thing, but I really wanted to see the the clouds under the mountain. 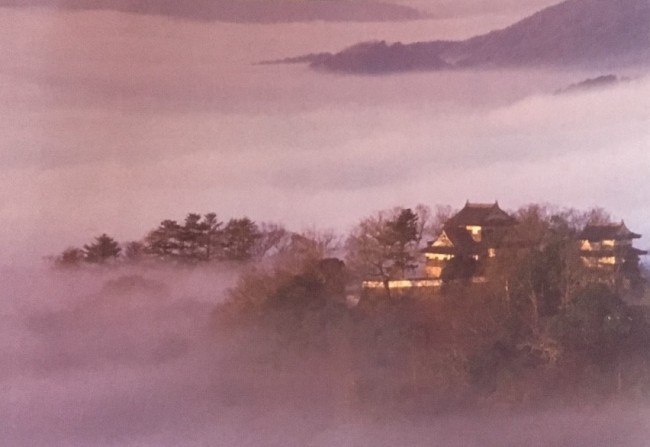 This picture is from the pamphlet we got at the tourist information center. If you are lucky enough to go to Bitchu-Matsuyama Castle on a cloudy day, you might see this view. Nonetheless it is still a very pretty sight on a clear day. 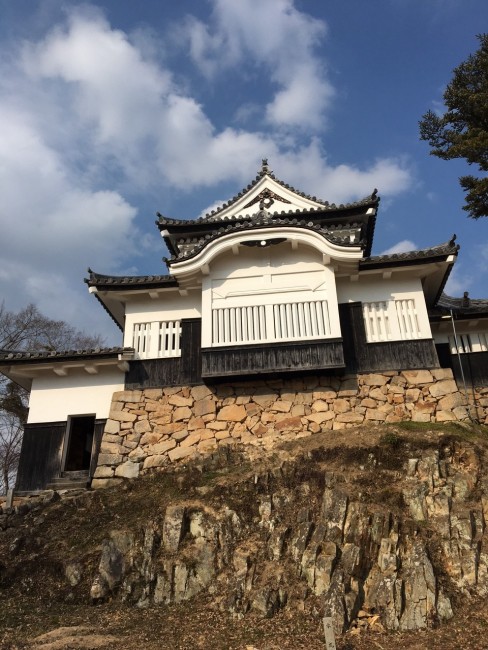 The castle itself! Whilst it may be smaller than some of Japan’s other castles, keep in mind that it is Japan’s oldest and not a reconstruction like so many others. I think this authenticity and the interesting journey we took getting here make it great. Inside the castle, a few treasures and some history of the castle are exhibited. Pieces of wood that were removed during the maintenance are displayed, showing the rot and damage from the bugs. If you look carefully at sections of the walls, you can see where they were cut out and replaced with new wood. There is also a small gallery and the keep houses a small shrine. Oh and there is a free tea dispenser, your reward for all that walking I guess. 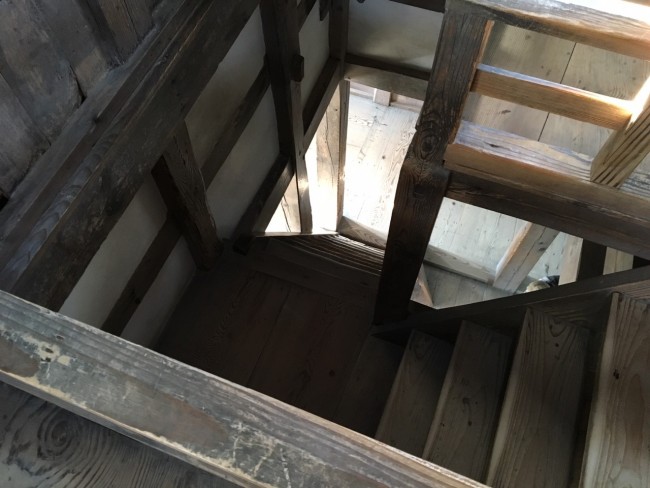 One thing about Japanese castles, those stairs are always ridiculously steep. Be careful climbing up and down them, and do not wear a mini-skirt.

I really enjoyed Bitchu-Matsuyama Castle castle, and I hope you will too. It is a pretty distant place but its authenticity, proximity to a few other things of interest and nice hike make it well worth a visit. If you are in possession of a JR pass, it can make a good stopover between Hiroshima and Osaka, as the Shinkansen stops in Okayama which is quite close by. Try to schedule your visit on a cloudy day to get the best experience.

The Most Beautiful National Parks to Visit in Eastern Hokkaido