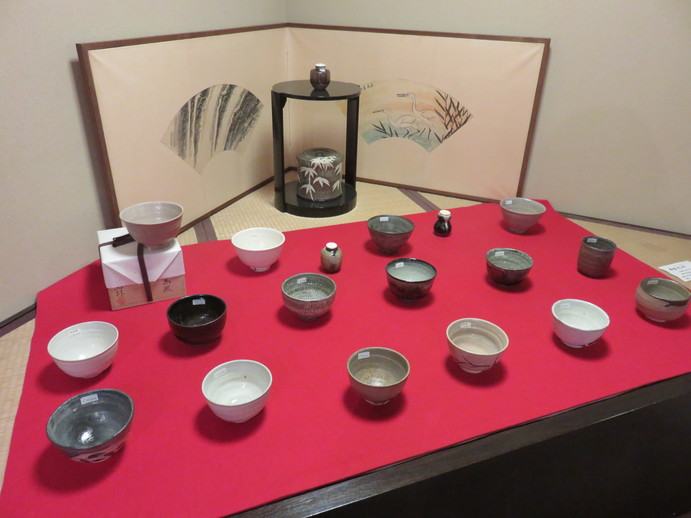 Discover the beauty of Karatsu Ceramics

With a history dating back over 400 years, Karatsu Ceramics are one of Japan’s best loved traditional wares. 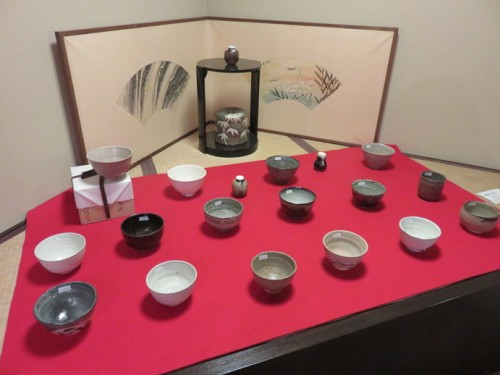 Explore the deep History behind this Craft

The city of Karatsu in Saga has long been a centre of trade and pottery production. Karatsu Ceramics feature earthen colours and were originally designed for practical use more than for decoration. It was designed for regular and long use, with many designs of household items. When you look at Karatsu ceramics you can see that the design is more simple compared to Arita ceramics, another of Saga’s famous wares. 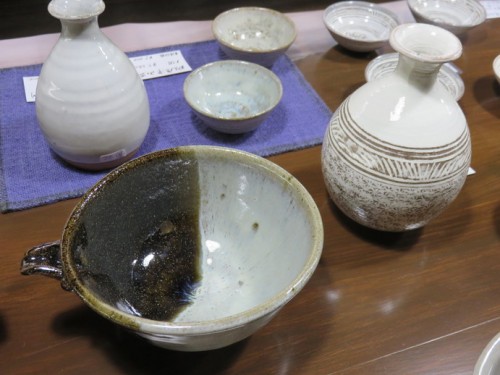 Karatsu ceramics was mass produced and sent to areas all over Japan in the 16th century. It is now considered one of Japan’s main types of ceramics. It tends to be sturdier than other types of ceramics and was originally used in day to day life. Ceramics in general have also been referred to at times as Karatsu ware due to the widespread use around Japan.

There are various styles of Karatsu Ceramics, including “ekaratsu” – brush decorated. This style features beautiful designs and pictures, while another common style “chōsen karatsu” (or Korean Karatsu) uses a black glaze and  a white glaze which contrast with each other. While these two styles are the best known, there are many more. 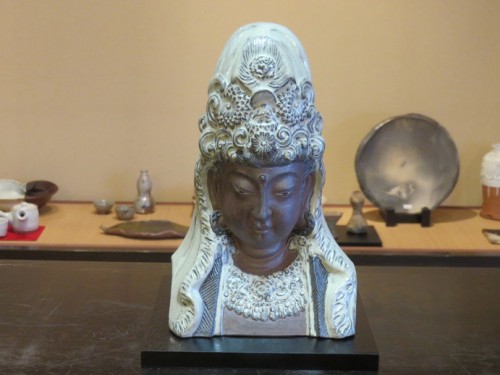 The best Places to see this beautiful Ware

There are also plenty of places where you can discover the various kinds of Karatsu ceramics! Visit some of the galleries in Karatsu to view them. When you arrive in Karatsu Station, note the door handles of the station entrance which feature Karatsu ceramics. You can see how this traditional craft is an important part of the city.

Around a ten minute walk south of Karatsu Station you can find galleries of Karatsu Ceramics as well as an old climbing kiln originally used to make the ceramics. All of these galleries have free entry and a wide selection of different styles of the ceramics to discover. A small street runs just off the main road where some of these galleries are located. You can even see stones in the ground with Karatsu ceramics. 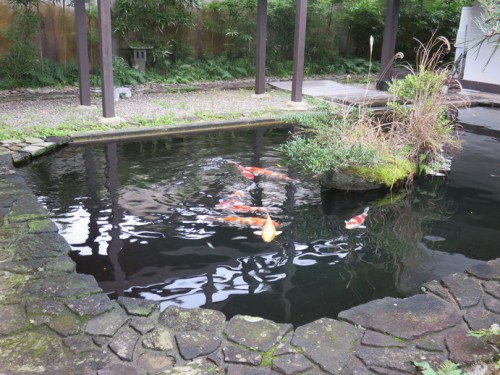 See works by the most famous Family to make Karatsu Ceramics

One of the galleries here is “Nakazato Tarouemon Toubou” – featuring works from the Nakazato family, one of the most famous producers of Karatsu Ceramics. The Nakazato family have been making Karatsu ceramics for 14 generations. They are the only family that actually dates all the way back to the origins of this ware. This gallery is in a traditional style wooden house with a beautiful garden and koi pond. Entry is free and you can take pictures inside. 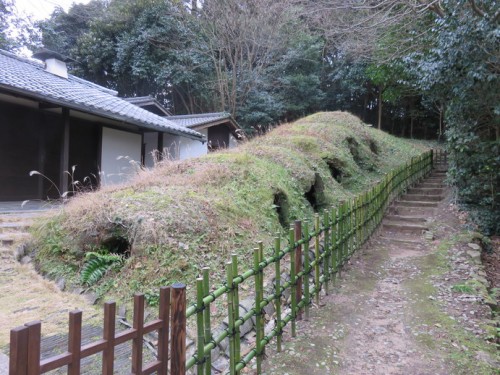 After exploring the galleries you can take a look at the climbing kiln. Just a couple minutes walk from the Nakazato gallery you can see this kiln which was originally use to make the ceramics. No longer in use, the kiln is covered in grass and situated in a peaceful corner of the town. Though this kiln is no longer used, this kind of climbing kiln is still used in ceramic making. Fire is burned in the lower chamber of the kiln, and the heat rises through the upper chambers to fire the ceramics. 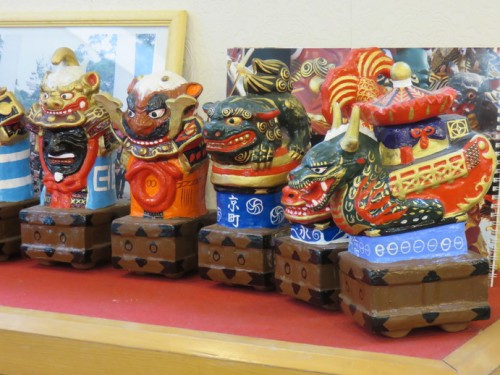 North of Karatsu Station you can find one of the most popular Karatsu ceramic galleries: “Gallery Ichiban-kan”. This gallery also has a branch in Tokyo! There are a lot of designs to see here, including ceramics of the famous mikoshi used in Karatsu’s famous festival Karatsu Kunchi. The gallery features many designs by popular artists, so you can see each ones unique style of ceramic. There is a mix of both old traditional style ceramics as well as modern. 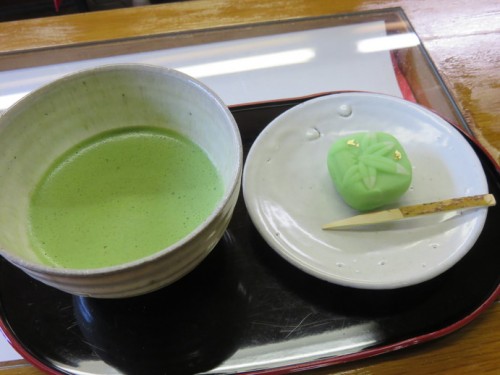 Karatsu Ceramics are one of the most popular kinds for use in traditional Japanese tea ceremony. There is even  phrase in Japanese: “first Raku, second Hagi, third Karatsu”. This refers to the three best kinds of ceramics for tea ceremony. On a visit to Karatsu you can  try some green tea and Japanese sweets served on Karatsu Ceramics at Kaikado. For 300 yen you can choose from a selection of sweets made with sweet beans and enjoy it with a cup of matcha, or regular green tea. This is a great way to sample traditional flavours and try using Karatsu ceramics! 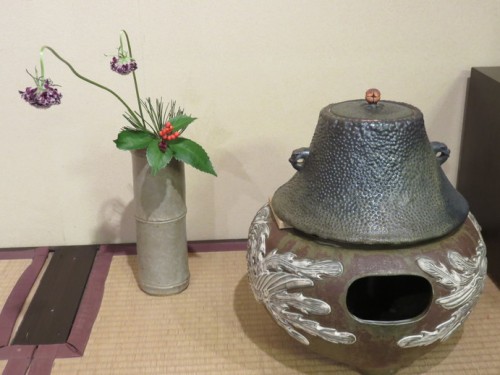 There are plenty of types of Karatsu porcelain you can buy to take home, whether you’d like something you can bring home and use to eat and drink from or if you’d like a unique decoration. There are also broken pieces of vases and sculptures, so you can take home a unique, small piece of an original sculpture. 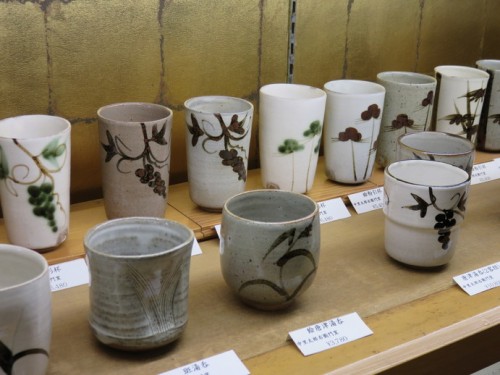 All of these Karatsu ceramic galleries are within walking distance of Karatsu Station. Maps are available and you can also ask for help in the tourist information centre.

Visit the home of one of Japan’s best loved ceramics to discover the many designs and varieties of Karatsu ceramics! Today there are still many kilns where Karatsu ceramics are made, as its production continues to thrive after over 400 years. 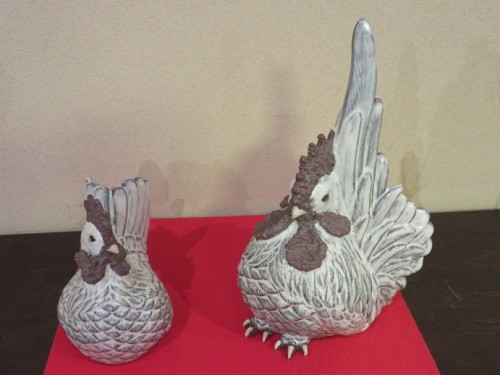