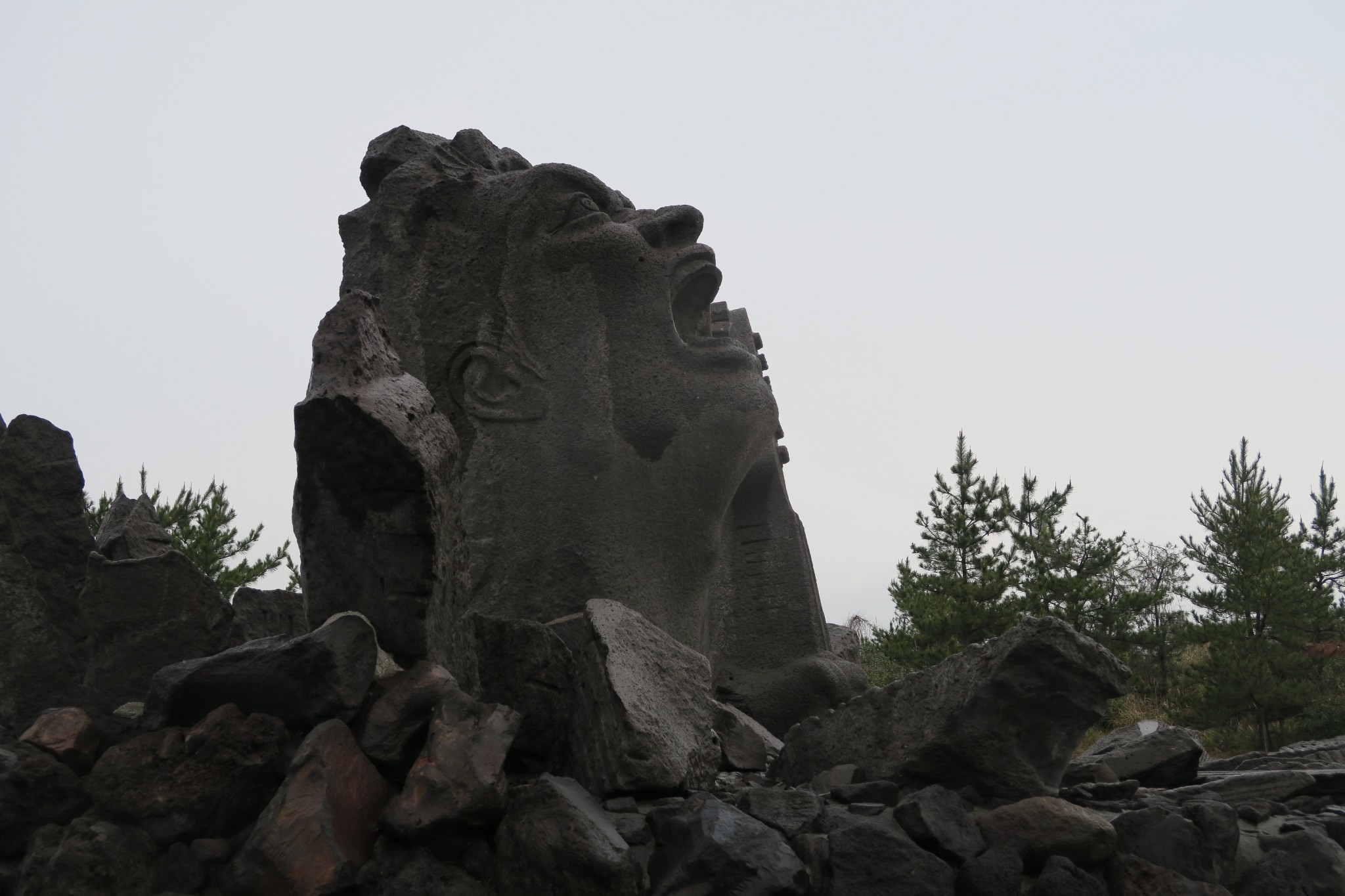 Sakurajima’s All Night Concert – Portrait of a Scream!

The Sakurajima monument ‘Portrait of a scream’ is certainly an overwhelmingly strange one, among the most bizarre I have ever seen. Yet, for this reason it is also probably one of my favorites. 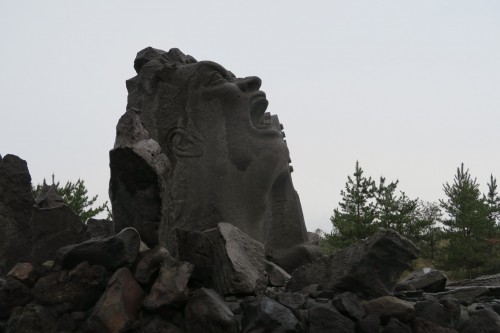 Sculpture art is not something I am a massive fan of, but when I saw the screaming man’s face surrounded by a whirlwind of wailing guitars, I was intrigued. 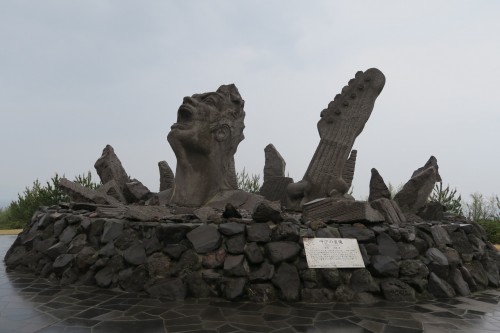 Investigating the island monument, I soon discovered that one Tsuyoshi Nagabuchi’s head serves as its subject. The musician is a famous Sakurajima native. And it was his all night rock concert on 21st August 2004 that inspired this creepy, grey art masterwork.

But of course, this was not just any old rock concert. Nagabuchi managed to attract a staggering 75,000 people from all areas of Japan to the small, minor island of Sakurajima. That’s over ten times the island population of 6,000. Volcanic eruptions aside, this was one of the largest events that ever graced Sakurajima’s rocky landscape, fit for a monument. 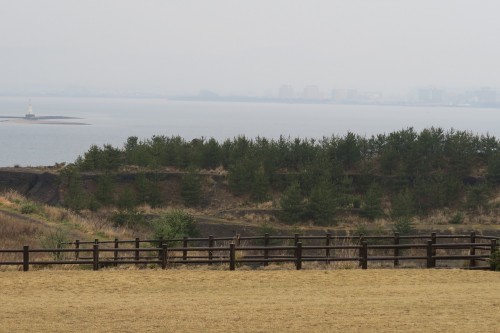 Sakurajima continued to rock the night away, stopping only when the finale was greeted by the rising sun. The monument construction committee was formed less than a year later, and just a year on from that, ‘Portrait of a Scream’ was completed and unveiled on March 19th, 2006 before the eyes of 15,000 people. The monument is now featured heavily in guide books, leaflets and other advertising for Sakurajima, while continuing to draw people onto the island, as the original concert had done just over ten years ago. 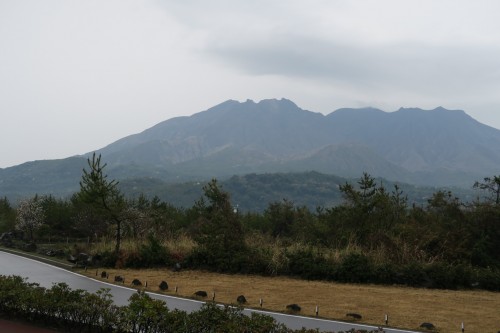 Missing ‘Portrait of a scream’ is almost impossible. Its sheer size, coupled with Nagabuchi’s almost inhuman screaming expression, is warrant enough for attention. However, its placement at the center of a tranquil island park, surrounded by the sea’s soft swaying, really gives it its impact. Contrasting with the majestic views of distant island mountains, the art monument cuts through the peace like a shotgun echoing through the woods. 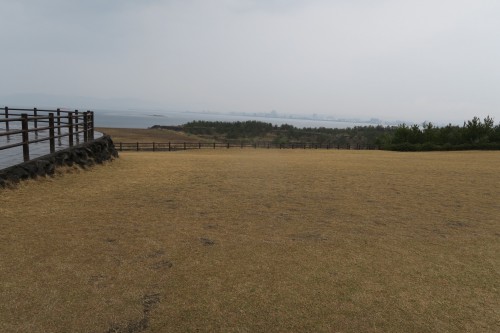 In true Sakurajima style, the monument, sculpted by Hiroshi Oonari, was also made from a large lava rock, giving it a completely unique glossy look, unlike many old, dusty sculptures I have seen. In fact, it almost seems as though, by some supernatural power, a large head has been turned to stone, which really only adds to the creepiness. 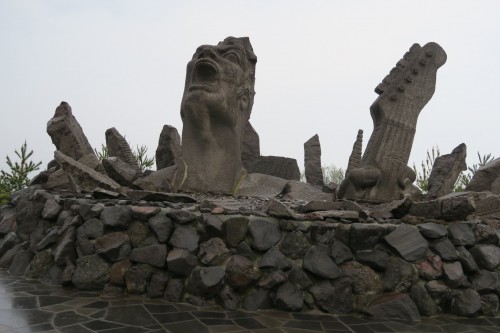 ‘Portrait of a Scream’ features as a stop along the short island bus tour, but unfortunately, your stop will be just a minimal five minutes long. This is hardly enough time for soaking in the insane uniqueness of the monument that, at a certain angle, appears to be screaming at the mountain. Of course, traveling by car would be ideal but if you do not have this luxury, it is possible to walk there, but it may take away a good chunk of your time. 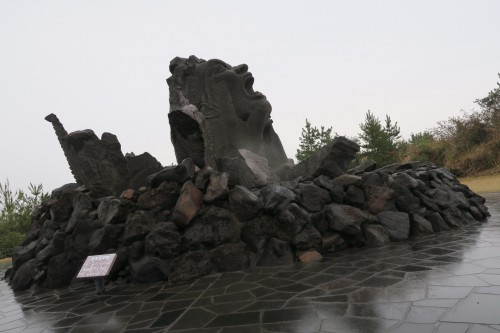 This really is my kind of sculpture. It’s weird, modern and unique, but the art still holds true meaning and sentiment. It is truly worth all the attention it receives.