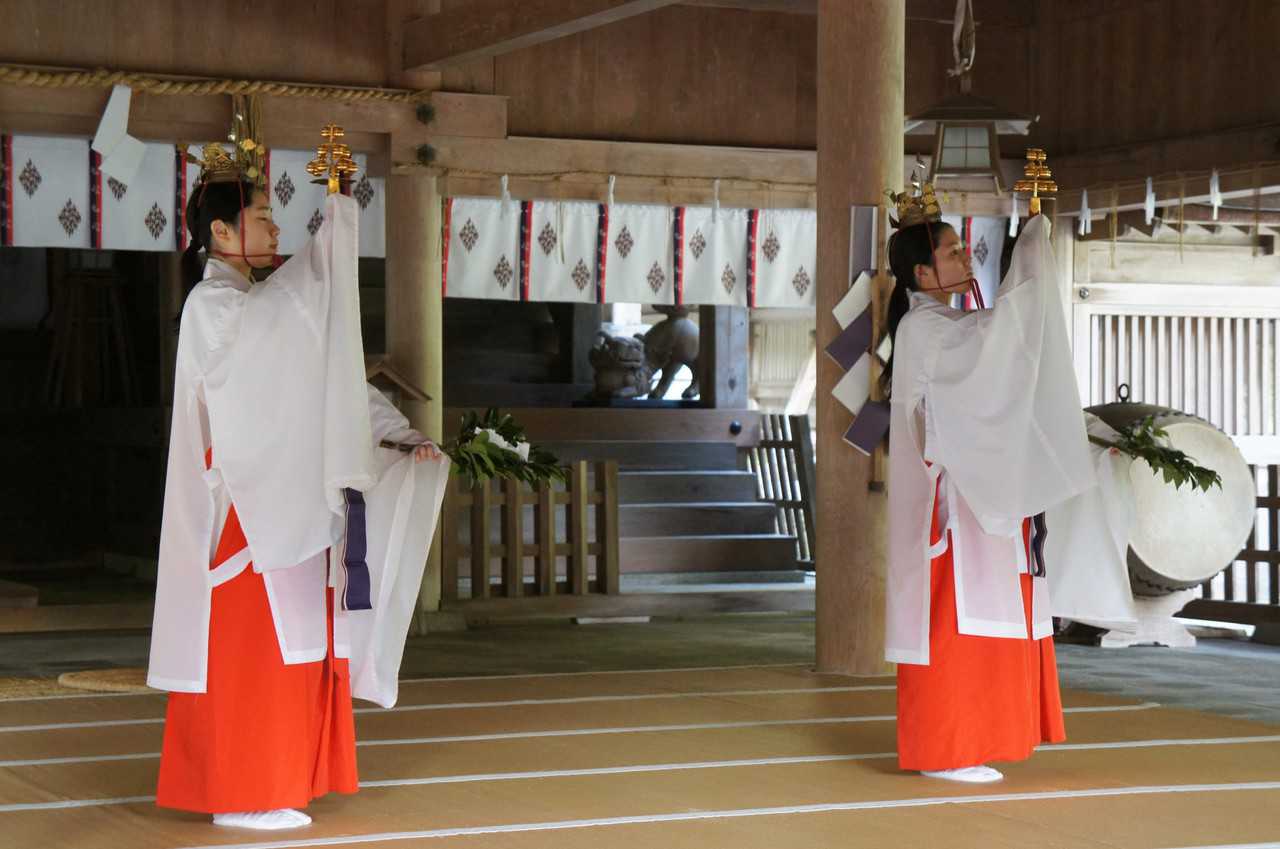 Finding Edo: Time Travel to the Sacred Village of Mihonoseki

Of those who come to Matsue in the San’in Chuo Region, most are here to see the famous Matsue “Black Castle”, one of the few original castles left in Japan and therefore considered a National Treasure. But the adventurous few who continue onward to the shores of the Sea of Japan near the tip of the Shimane Peninsula will be rewarded for their efforts. The fishing village of Mihonoseki (美保関町) is a charming port, rich with history and traditional Japanese spirituality: Shintoism.

Mihonoseki: A fishing village straight out of the Edo period

Very early in the morning, I went to the bay where the small port of Mihonoseki is nestled. We did not want to miss the morning ritual at the Miho Shrine, and the light on the village at this early hour gave it a mysterious aura.

Today’s Mihonoseki is a peaceful little village on the Sea of Japan at the foot of Mt. Bachakusan. During the Edo Period, however, it was a bustling port for trade with the rest of Asia, where rowdy sailors crowded into noisy taverns.

Few sailors can be found in the village today, but the atmosphere of the Edo era has not faded from Mihonoseki. Taking a stroll down the narrow alley Aoishidatami dori (青石畳通り), which is paved with large stones and lined with old wooden buildings, you’ll feel transported back two centuries.

There are several traditional ryokan inns, and you will find these businesses have been around for a very long time (the noren curtain in the photo below indicates that this establishment opened in 1717). In these historic places, you can stay in a traditional room, enjoy fine cuisine prepared with the catch of the day, and take an onsen bath admiring the sea. In addition, from early July to late November, the street is lit at night by lanterns, which give it a mysterious and romantic atmosphere.

Because Mihonoseki is a fishing village, you can buy extra-fresh fish at Aoishidatami dori, providing an opportunity to discover local specialties such as nodoguro (のどぐろ, literally “black throat”), a fish that has experienced a wave of popularity after the worldly famous Japanese tennis player from Matsue, said he appreciated it.

North of the village at the foot of the mountain is the small Bukkoku-ji temple, whose treasure contains ancient Buddhist statues.

The morning ritual at the Miho-jinja Shrine

One of the main reasons that brought me to the port of Mihonoseki was to attend the morning ritual of Miho-jinja Shrine (美保神社). This Shinto shrine is dedicated to two kami (deities): Kotoshironushi, better known as Ebisu – one of the seven deities of happiness, protector of fishermen and merchants and son of Okunoimushi (the god of the Great Izumo Shrine) – and Mihotsuhime, the wife of Okuninushi.

This shrine contains two deities: one feminine and one masculine. My guide taught me that we could identify the gender of the deity in the shape of the ridged spikes atop the honden, the main hall, forbidden to the public, where the kami resides. A horizontally cut spike means that the deity is feminine, while vertical is masculine.

The Miho-jinja Shrine is of great importance because it is the primary shrine of Japan dedicated to Ebisu. And since he is the son of Okuninushi, many pilgrims who come to the shrine of Izumo also go to the Mihonoseki shrine.

At 8:30 am, drum beating on a large taiko (Japanese drum) mark the beginning of the Asamike sai ritual (朝御饌祭), which takes place at Miho-jinja Shrine every morning. The officiants enter the haiden, a large building with three sides in front of the main building. The priests and two miko (“maiden” of the sanctuary) chant a psalmody.

Then two musicians, a flutist and a drummer join them for what I was looking forward to the dance of the miko. They both dance together, carrying in one hand a sakaki branch and in the other a kagurasuzu.

For those interested in Japanese rituals or traditional performing arts, watching this dance is an intimate affair, the meshing of the present day with movements that were borne from legend. And they perform this every morning at the Miho-jinja Shrine.

Another ritual takes place every day at 15:30 at the Miho-jinja Shrine and the shrine and the surrounding bay are also part of a larger matsuri festival, on April 7th and December 3rd each year.

Panorama of the Sea of Japan from Mihonoseki Lighthouse

We then headed to the tip of Cape Jizo, to see the Mihonoseki Lighthouse (美保関灯台) and a panoramic view of the Sea of Japan. Unfortunately, we did not have enough time, but it is possible to get there by a hiking path from Bukkoku-ji temple. This beautiful white lighthouse with an unusually short tower dates from 1898. You can take a break inside in the restaurant with breathtaking views of the sea.

In good weather, it is possible to see the Oki Islands, located about sixty kilometers offshore, and Mount Daisen, but unfortunately the weather didn’t cooperate this time.

Behind the lighthouse, there is a torii facing the sea. According to legend, Ebisu once fished here at the extreme tip of the Shimane Peninsula, a land where the presence of kami is always felt.

You can find more information on the Mihonoseki Tourism’s website and the Miho-jinja Shrine’s website (both in Japanese).

For more information and to plan your visit to the San’in region, visit this website. Here you’ll find information on places to visit, sample itineraries, and transportation information.

To get to Matsue from Hiroshima, discount bus tickets are available for foreign visitors. Upon presentation of your passport, the ticket will cost you only ¥ 500, so it would be a shame to miss a chance to visit the San’in region during a stay in Hiroshima / Miyajima! They are sold on the spot, and you can buy on the day of the trip or the day before. You will find practical information on this document.