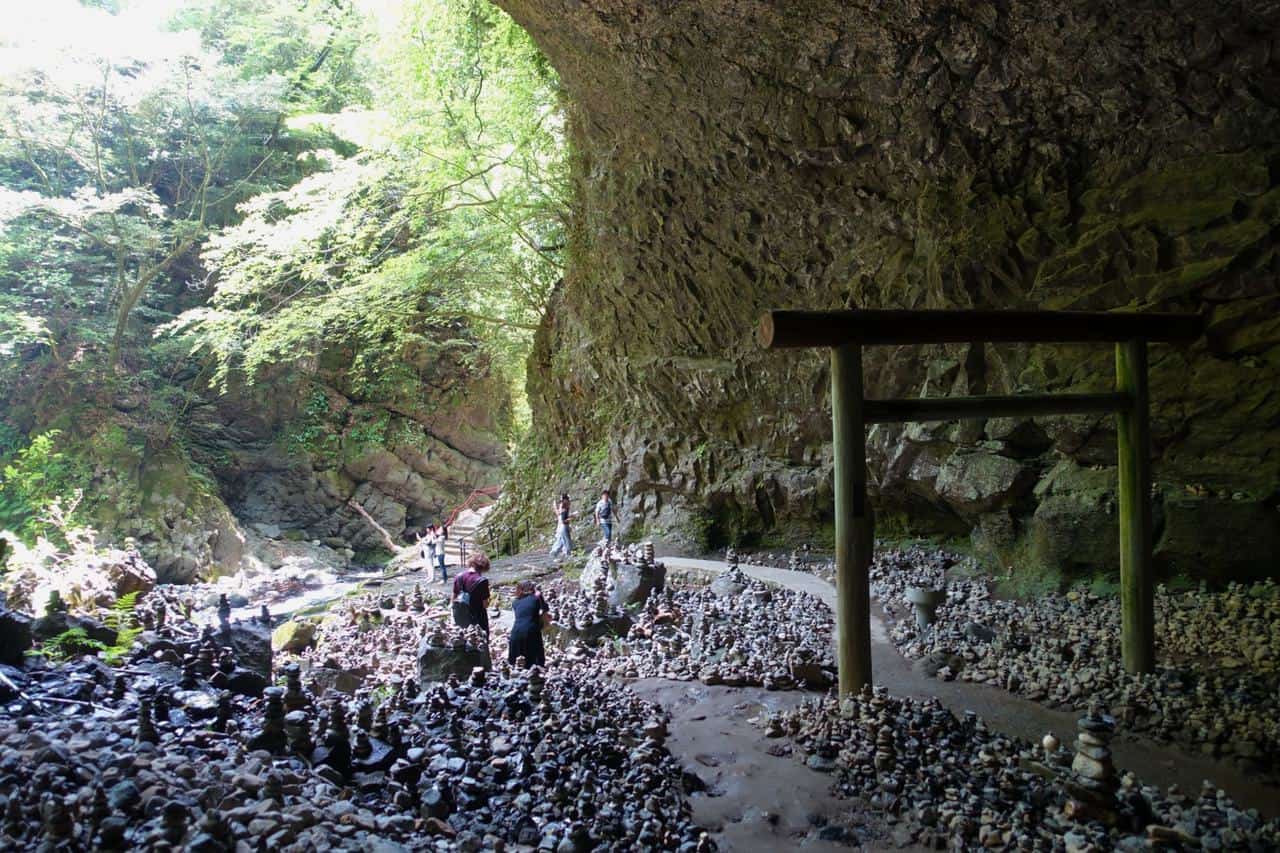 Takachiho’s Amano Yasukawara: Where the Sun Disappeared from the Earth

Located on Japan’s southern island of Kyushu, about an hour and 40 minutes east of Kumamoto and two hours and 15 minutes northwest of Miyazaki, Takachiho is a mountain village which is known for one of the most famous legends of Japanese mythology.

Upon my arrival at this mysterious village, I was struck by the many illustrations of deities and the explanatory panels (in English) about the village’s legendary origins. It is in Takachiho that the mythical sun goddess, Amaterasu, is said to have lived. The story goes that she hid in a cave in Takachiho, to escape her brother’s fit of rage, depriving the world of light. The Kami, (gods) all gathered outside the cave and one of the goddesses performed a dance, the Kagura, to finally lure her out.

A visit to the historic sites of the village will allow you to learn more about these fascinating legends. 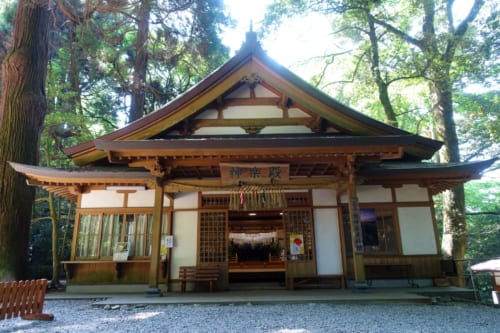 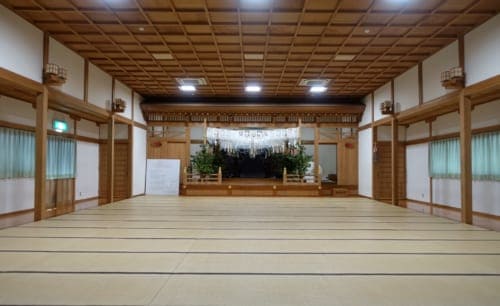 As an introduction to Japanese mythology, your first visit should be to Takachiho sanctuary and attending the famous Kagura.  This theatrical dance recounts the mythology in 4 major acts, and after attending, I felt like exploring the places where they took place as soon as possible.

I strongly recommend a second visit to this historic shrine during the daytime. With more than 1,800 years of history, it is the major Shinto shrine in the commune from which the 88 other shrines are administered. Surrounded by huge cedars whose thick foliage filters the sun’s rays, the place is splendid and has a peaceful and mysterious atmosphere. 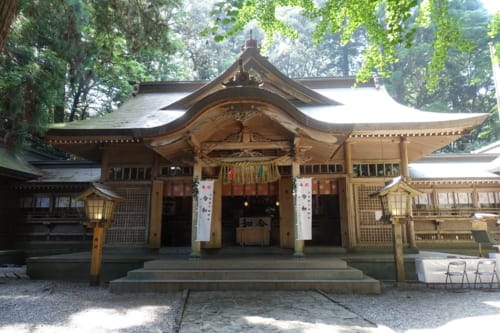 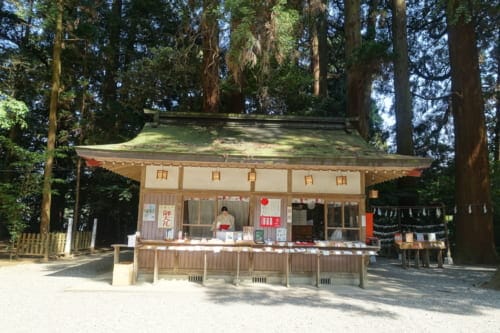 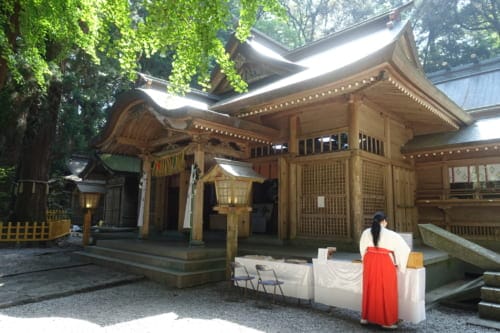 Amanoiwato Shrine: follow in the footsteps of the sun goddess Amaterasu

To follow the path of the mythological gods, drive for about fifteen minutes to Amano Iwato Shrine, located on the edge of the Iwato River. Dedicated to the goddess of the sun, this sanctuary was built near the cave where Amaterasu hid, on the opposite side of the river.

From there, take the beautiful path that runs along the river below. After a few minutes, you will start to see small piles of stones, placed by visitors on the banks of the river to mark their pilgrimage. The further along the path you progress, the more numerous the piles of stones will become, and you will feel that you are drawing closer to the highly spiritual location of the Amano Yasukawara cave. 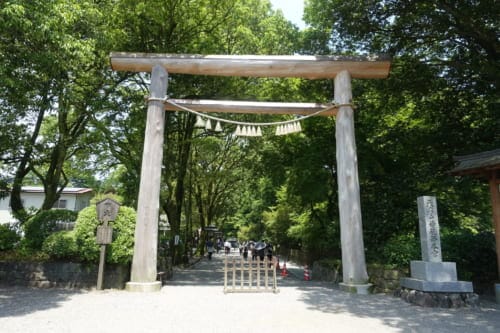 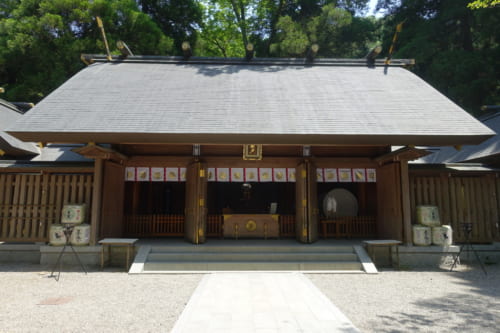 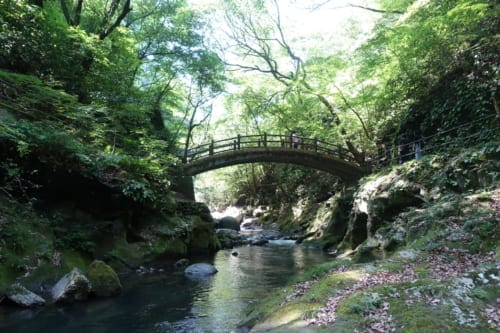 Amano Yasukawara: Where the sun hid from the world

Arriving at the mouth of the cave, I was amazed by the thousands of piles of stones that surround this place, creating an awe-inspiring atmosphere. The Amano Yasukawara cave is carved into the cliff and shelters a torii (a traditional Japanese gate) within its shadow  which you pass through to reach a small sanctuary dedicated to the sun goddess.

When I returned from the bottom of the cave, I was completely dazzled by the sunlight that lit up the cliffs and the river! If you feel the energy that emanates from the place, remember that according to the legend, many kami deities gathered in this cave to discuss a solution to get Amaterasu to come out.

It would also be in Amano Yasukawara that the goddess Ame-no-Uzume performed a dance, the Kagura, which led to the exit of Amaterasu from the cave. 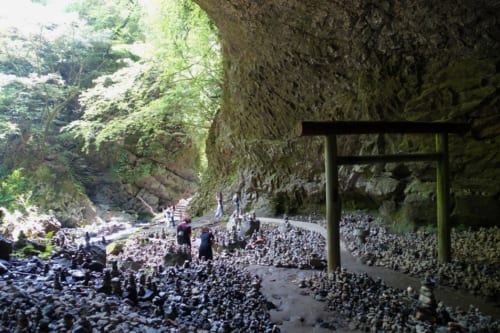 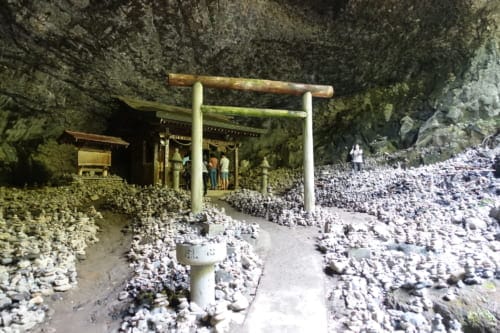 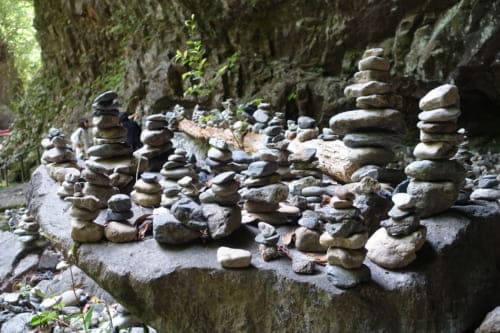 On the way back, I recommend taking a slight break from the trail to get closer to the Iwato River; you will enjoy the wonderful panorama created by the surprisingly crystal waters surrounded by high rocks and abundant vegetation.

Before reaching the car park, make a last stop for ice cream and you will leave the site all refreshed!

Both sites have free parking where you can park without difficulty.

From Tokyo or Kyoto, there are regular flights to Kumamoto, Oita, Fukuoka and Miyazaki airports.