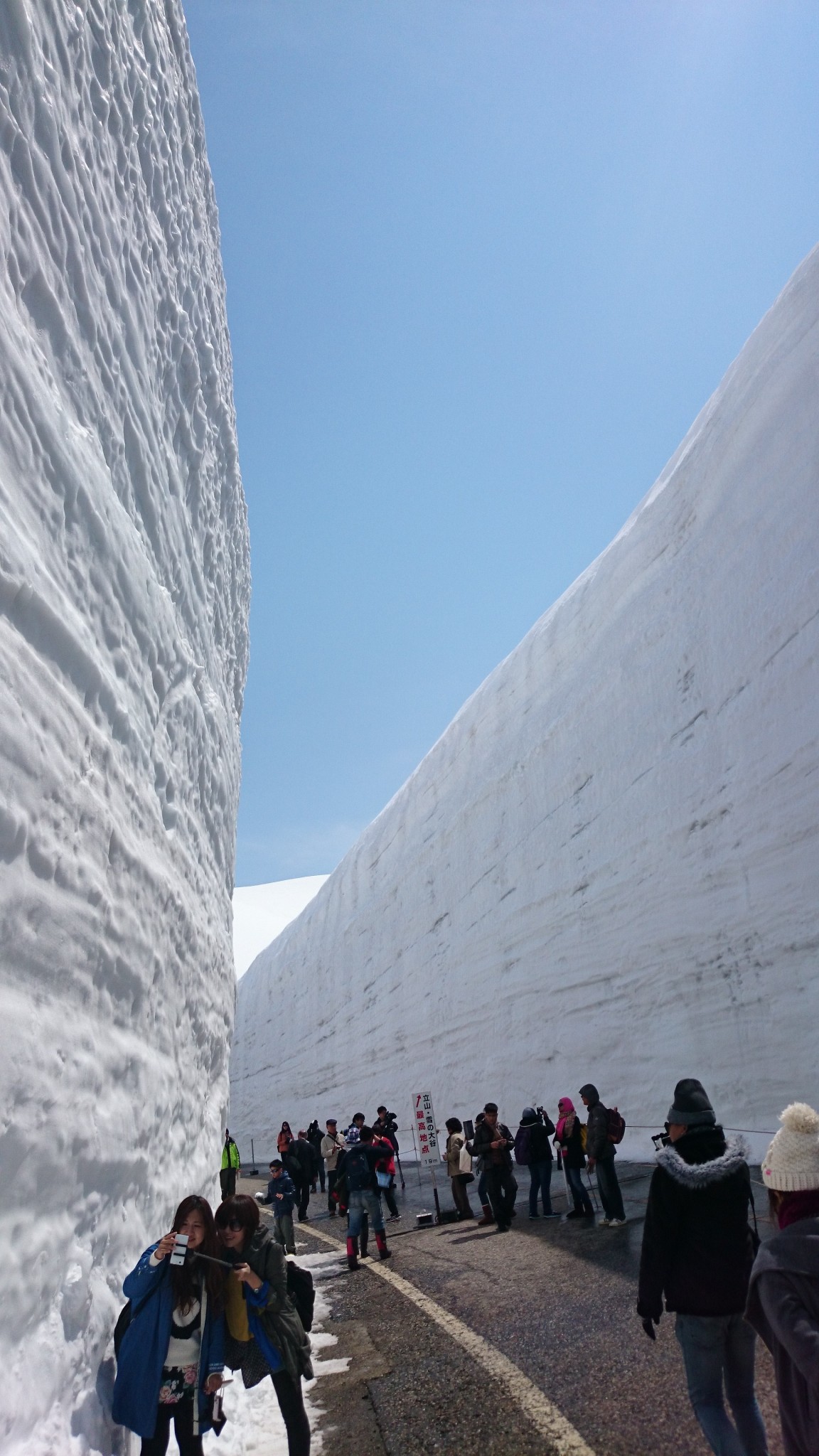 Have you been to Kanazawa? It holds one of Japan’s best three gardens, Kenrokuen, which is in my opinion the best garden. But Kanazawa is a little out of the way; it does not really fit into a Tokyo itinerary easily and there is no Shinkansen (bullet train) there from Kansai. But going to Kanazawa does not need to be a big detour because fortunately the extremely epic Alpine Route exists, connecting it with Nagano prefecture on the other side of the Northern Japanese Alps. That is correct, a means of transport accessible to the non-enthusiast mountain climber exists, allowing one to cross the alps between Toyama prefecture and Nagano Prefecture in north east Japan.

Peak Seasons to Travel Through the Alpine Route

The Alpine Route is open all year starting from around mid April (the exact date depends on yearly weather conditions) until the start of winter in December, where is it most for the snow walls. It can be enjoyed in all seasons but the real highlights are autumn for the colored leaves and April. In April the route passes through carved out snow trenches, with snow walls reaching as high as 20 meters! 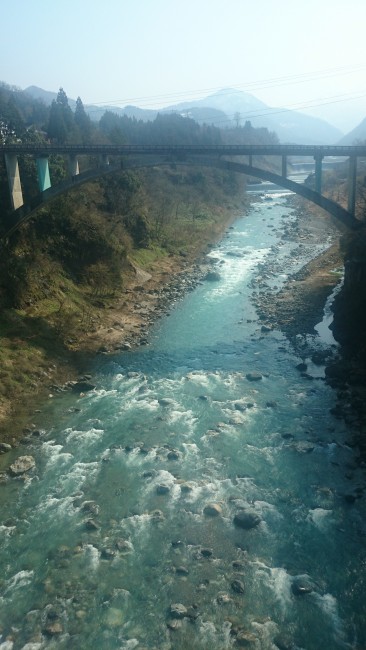 Toyama Station: The Start of Our Journey

The journey begins at Dentetsu Toyama Station, where a local train takes you through a very rural and attractive landscape to Tateyama Station. The ride takes around an hour, but there are many nice views from the train. After arriving at Toyama station, a little town there has a few restaurants so it might be a good time to eat some food or watch a performance. I can’t say if it is a common occurrence, but I was able to see a Taiko and dance performance in front of the station.

Ropeways and Cable Cars: Heading up the Mountain

From Tateyama station, a short cable car ride takes you up the mountain. This is extremely crowded in April because the snow walls await just ahead. You might be in line for quite some time, but stick it out. Japan and long lines seem to go hand in hand unfortunately. At the top after the cable car ride, we immediately switched to a bus. Once again, it can be a long wait to get on board. 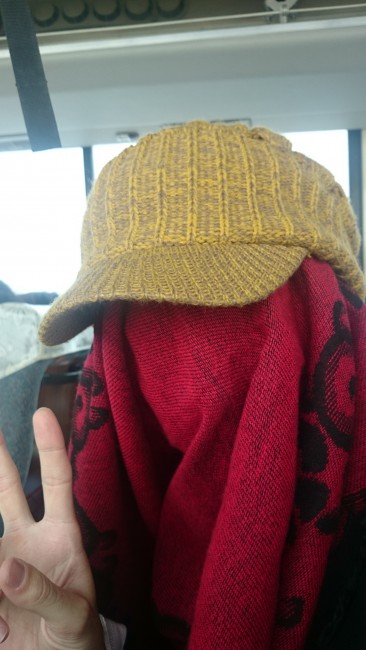 That is me under the shawl, no I am not hideously ugly (I hope), it is just really extremely bright. The snow walls surround the bus for most of the journey, meaning you are traveling through tunnels of white, bright reflected light, so make sure you bring a good pair of sunglasses. At the end of the bus ride you will get off at Murodo. Walk back out toward the way the bus came, and a pedestrian path exists. 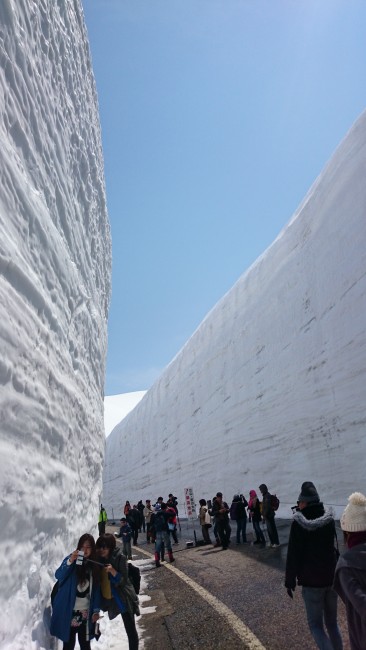 You can feel like Jon Snow, it is pretty epic. 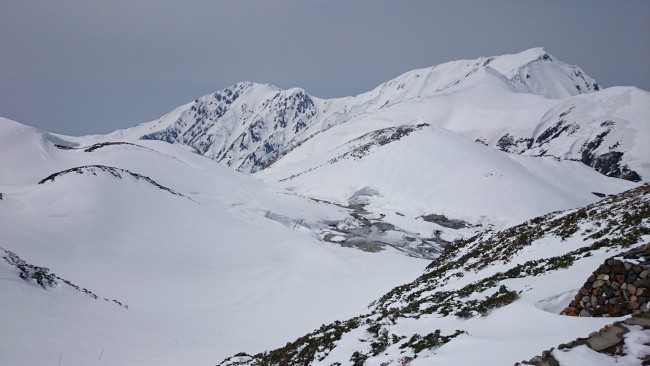 Hiking in the Japanese Alps

From the bus terminal, before getting on another bus, you can exit through the back of the building and head towards “Hell Valley”. Named so as deadly gases can be seen venting from the valley, giving it a Mordor like image. The valley is approached by boardwalks, but is sometimes closed off if the gas concentrations are too high (it is deadly after all). This entire area behind the bus terminal includes many hiking paths and things. Of note is the trail up to the summit, and a camping ground. 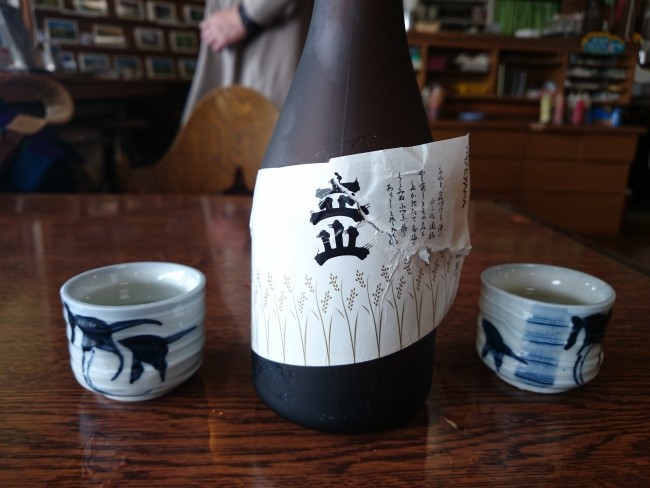 At the building here, you can stop for a rest and some nice Tateyama Sake. Drink in your surroundings! After heading back to the bus terminal, an underground bus takes you through a tunnel to the Daikanbo ropeway terminal. On top of the station, magnificent views of mountain and snow await you. 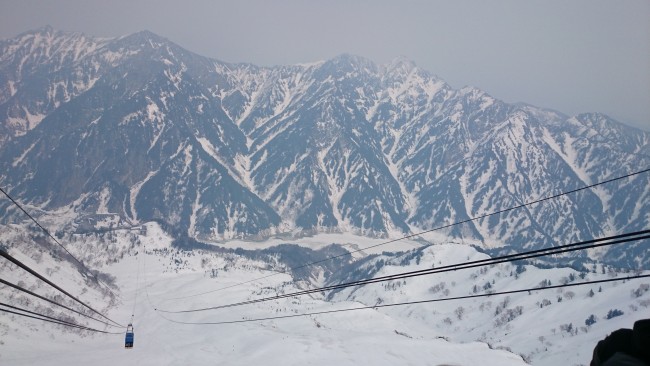 The ropeway is really spectacular as not only the views are great, but there are no support columns. It is Japan’s largest single spanning ropeway.  Expect delays boarding this car again, it is well worth the wait. 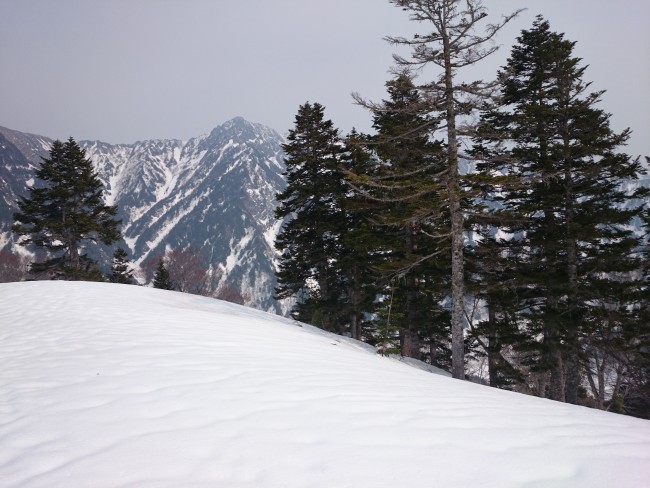 After disembarking the ropeway, there is an attractive park with marvelous views of the surrounding mountains.  After enjoying the park, catch the final ropeway car down the mountain to the Kurobe dam, the final spectacular part of the Tateyama Alpine Route. 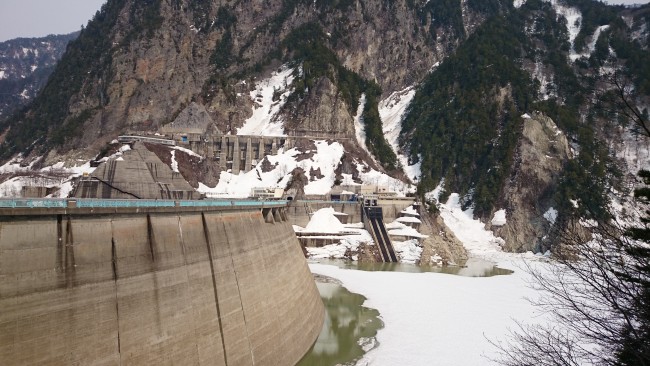 The Kurobe dam is Japan’s largest,  standing at 186 meters. It provides hydroelectricity to Kansai region, and was completed in 1963. Kurobe dam acts as the final bridge on the Alpine Route, as you walk across it to reach the final bus station. Spectacular natural views are combined with those of an amazing human invention. If you have never seen a hydro-electric dam like me, it is quite breathtaking to take in its size.

Kurobe dam can be scaled via steps along the outside. I must admit I lost count as to exactly how many steps there were, but it seemed like a lot. The top is worth the walk though, as you can see the entire structure. In winter, water is mostly frozen, so there is no water running through the dam. If you are visiting from June however, you can witness and hear tones (quite literally) of water being drained every second into the valley below.
After enjoying Kurobe dam, we ended the journey by catching a bus to Ohgizawa and then changing to another to reach JR Shinano-Omachi station. This bus journey takes around an hour and is unfortunately a little dull but I think Tatemaya Alpine Route already gave us enough to forgive this last leg.

I hope you enjoy the Tateyama Alpine Route as much as I did. If you are planning to go in winter to see the snow wall, mind the crowds and don’t forget your sunglasses!