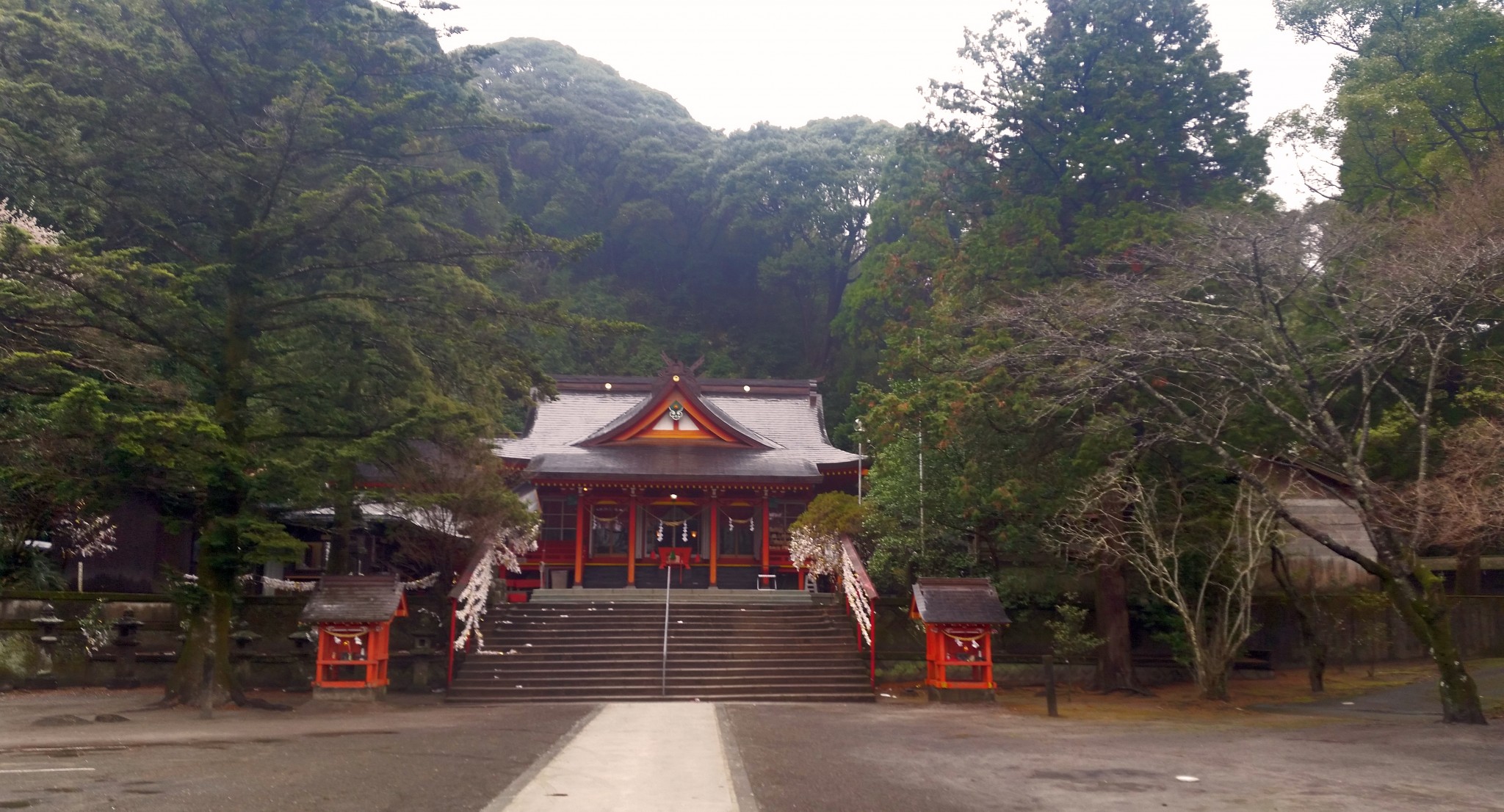 Toyotama Shrine, a link to Japan’s legendary past

Chiran, a small yet picturesque town in Kagoshima Prefecture, is a place where long-forgotten history still flourishes in almost every corner. It is one of the regions I frequently visit because I can easily find intriguing and fascinating remains of Japan’s past. Chiran holds many areas associated with Japanese mythology and lost legends, including the Toyotama Shrine (Toyotama-hime Jinja). 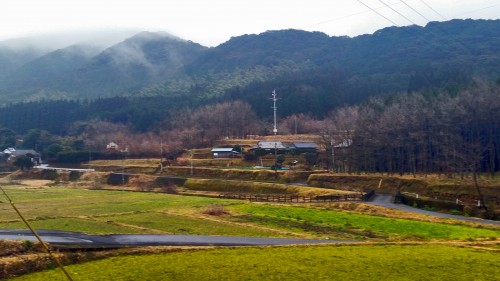 The Toyotama Shrine is one of my favorite places to immerse myself in old folklore. Sitting almost at the outskirts of Chiran, the nearby rice paddies and evergreen mountains reflect a strong connection between nature and gods who reportedly coexisted with humans in ancient times. 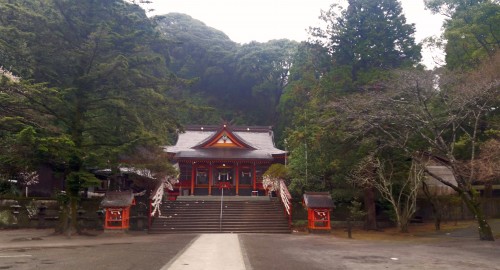 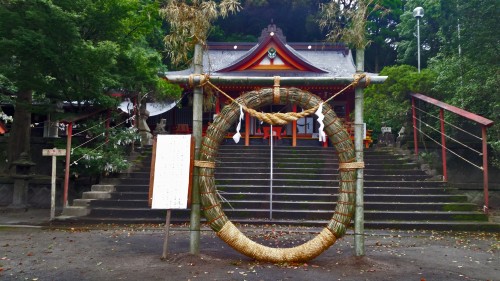 The shrine is devoted to the Toyotama Princess, who has a strong presence in Japanese mythology and is portrayed as a dragon princess. She is better known as Otohime and was a daughter of the sea god Ryujin. 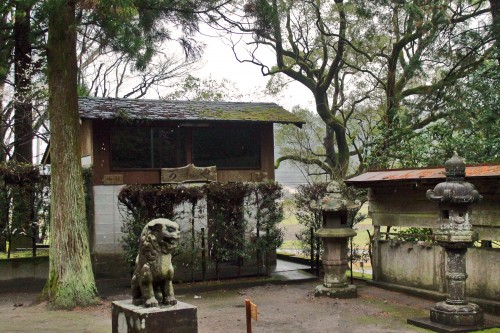 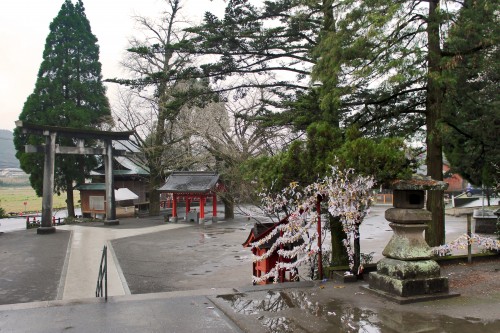 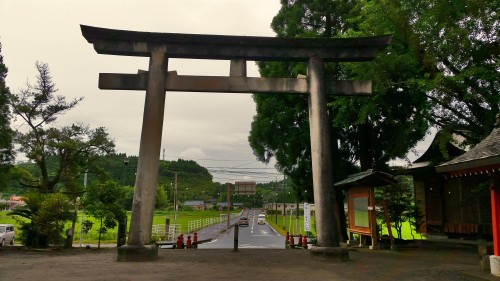 It is believed she and Hoori, a descendant of the sun goddess Amaterasu, fell in love upon their meeting by the ocean. After getting married they lived for many years under the sea, in the kingdom of her father Ryujin. However, since Hoori started yearning to live in his natural environment and Toyotama was pregnant, they decided to create their own home by the sea shore in the area of what is now Chiran. 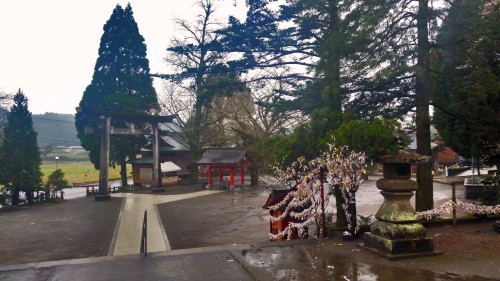 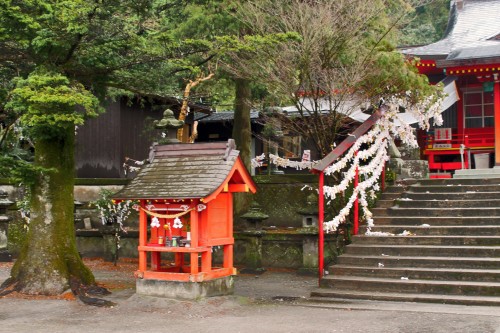 As the time for Toyotama to give birth approached, she asked not to be seen during her labor. However, Hoori broke the promise and spied on his wife. To his great surprise, instead of seeing his wife as he knew her, he witnessed a dragon cradling his son. Toyotama was not able to forgive Hoori, abandoning him and their child and returning to the sea. Their son, Ugayafukiaezu, was raised by Toyotama’s sister and later became a father of Jimmu, the first Japanese emperor. 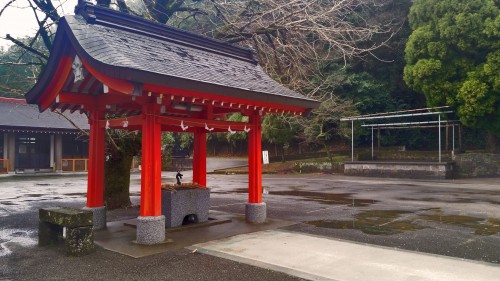 The Toyotama shrine was reportedly built in the early 17th century. It is dedicated not only to the goddess but also to women who are expecting a child, want to get pregnant, or want to pray for their child’s happiness. 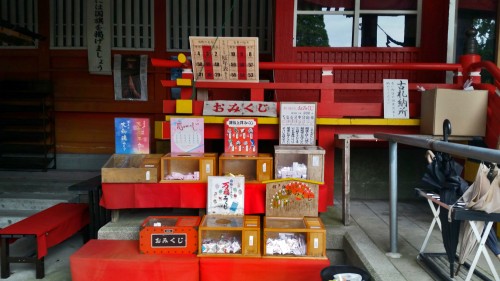 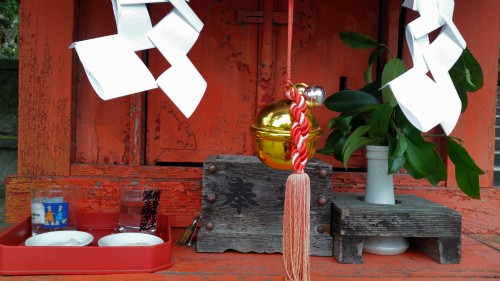 The whole shrine has a striking, intense red color that contrasts beautifully with the deep green nature around. Its craftsmanship, attention to detail, and green and gold ornaments highlight a great design and meticulous craft skills. It is relatively small yet charming in its shape. Once you see it, you can truly appreciate its graceful appearance. 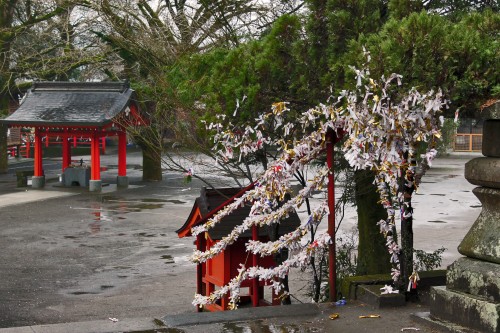 If you are more into exploring Japanese culture, you can buy charms in the shrine shop to help bring good fortune into your life. If you are uncertain of your future and want to know more, one idea is to purchase an omikuji (a written fortunetelling text on a small piece of paper) and see what awaits you. If it brings bad news, you should tie it on the tree close to the shrine. This way, your bad luck will fade away. 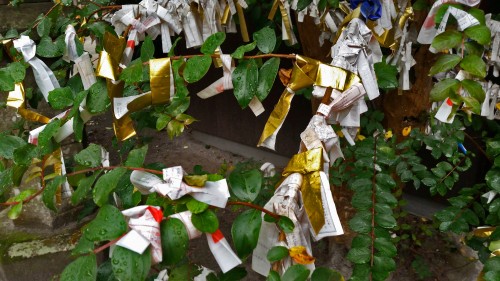 The best time to visit the Toyotama shrine is spring. A stunning cherry blossom lane, growing at the edge of the rice fields, leads you straight to the shrine’s doors.

Chiran can be reached by a bus leaving from Kagoshima Chuo Station. The other option is to rent a car as Chiran is about an hour’s drive from Kagoshima.