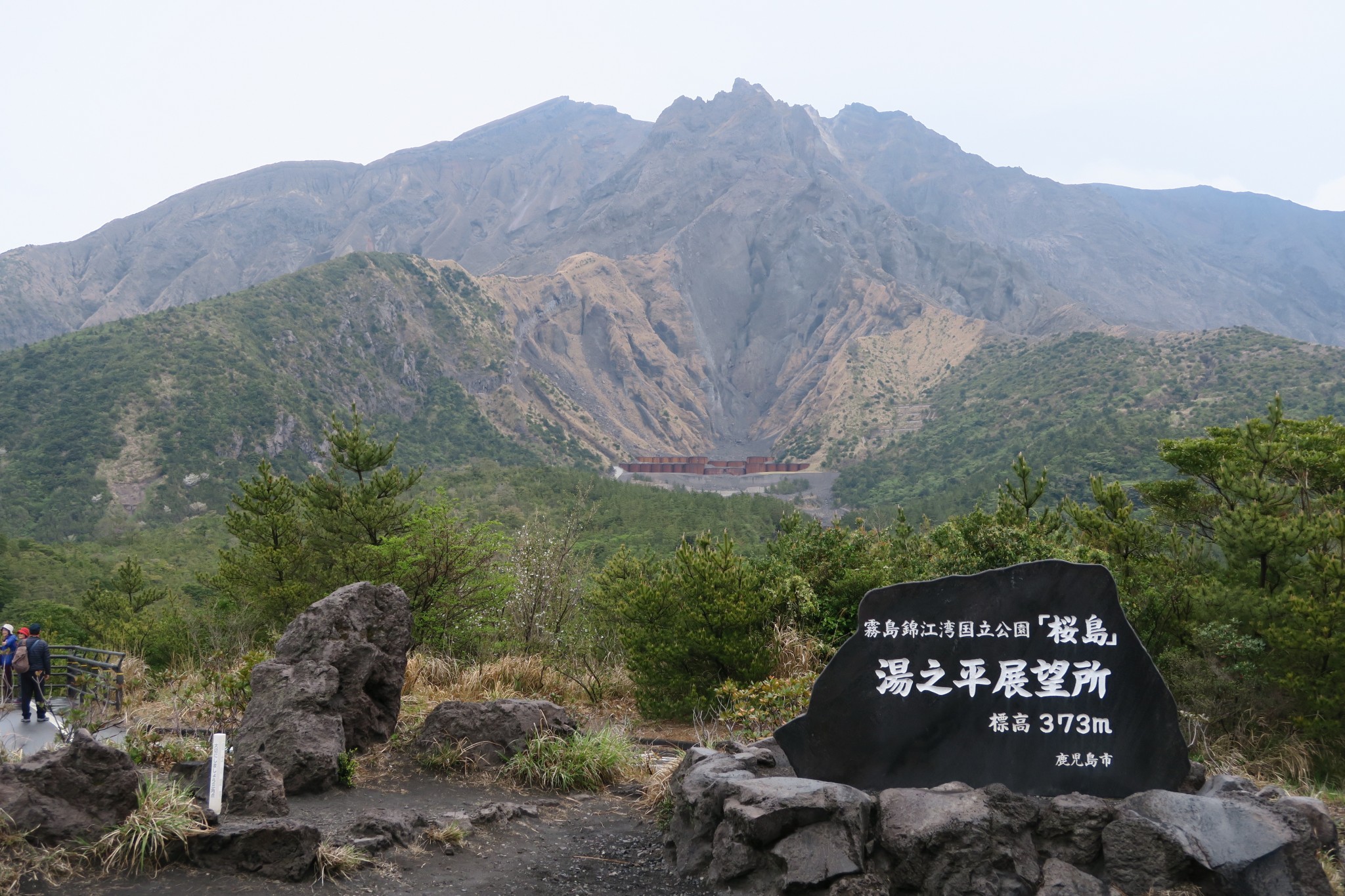 Get close to the volcano at Sakurajima Yunohira Observatory

Before stumbling into the visitor’s center, I wasn’t sure what Yunohira Observatory was. If I’m honest, the word ‘observatory’ is a little confusing. For me, It conjures images of people inspecting solidified lava, or watching some intense video footage, but I later discovered that it’s actually the closest place one can get to the volcano without being in significant danger. So naturally, I wanted to go. 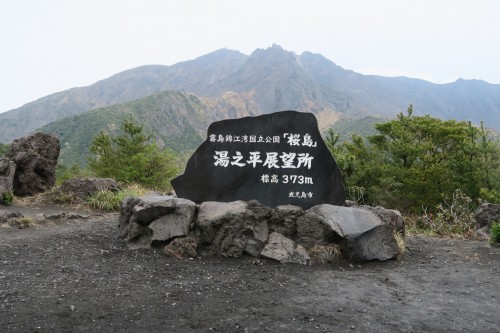 But, be warned. While the image of the two middle aged hikers on your tourist map would have you believe that walking there would be entirely possible, it isn’t. Pacing reels of grey concrete road 373m above sea level whilst dodging large buses heading to the observatory and its viewpoint does not sound like a particularly fun hike, especially considering it would also take about five times longer than the entire short island bus tour. On all accounts, it’s a terrible idea. 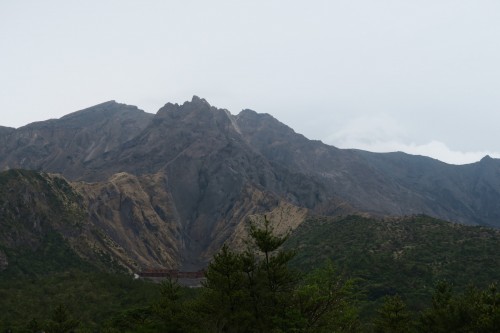 From the second floor balcony of the observatory, you can see a full panoramic view of Sakurajima, from the proud puffing peaks of the volcano to the distant tiny islands that you never knew existed and the blackened rocky path of solidified lava. The balcony is complete with telescopes costing just ¥100 and plaques of historic information, most of which is in Japanese, but could be decoded from the pictures. Further historic information can also be pasted through the stairway in the form of a ‘time tunnel’. But, if you’re anything like me, you may find yourself so encapsulated in the views from the observatory, that you do not particularly learn much. 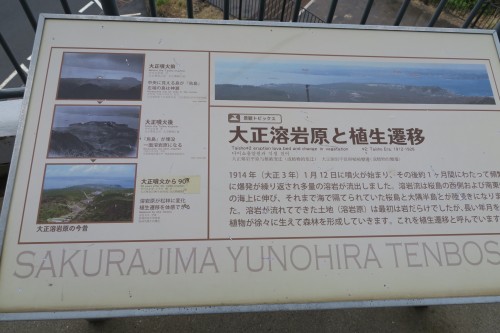 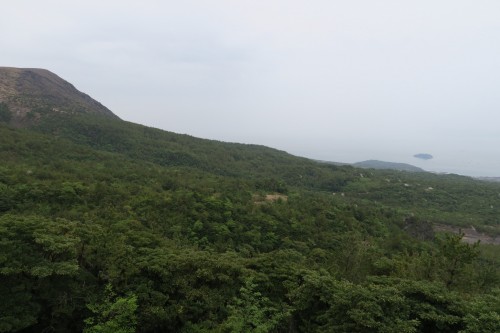 The lower floor of the observatory features a healthily stocked gift shop, filled with adorable key chains, drinks, snacks, t-shirts and other Sakurajima memorabilia. What’s more, they accept big notes, as I ashamedly bought a ¥400 key chain with ¥10,000 (it was all I had!). Complete with toilet facilities and eating counters, the observatory has everything you could want. 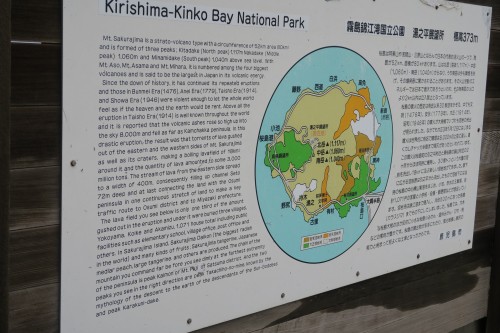 I’ve climbed many mountains before and seen a lot of amazing views, but Sakurajima Yunohira Observatory was unique. Never before had I seen the historic scars left by a volcano, the distinctive cuts left by trails of lava, the tiny islands in the distance and the unpredictable puffing of a smoking peak. And, while I would have loved to get closer, it was still a once in a lifetime experience that I will never forget. 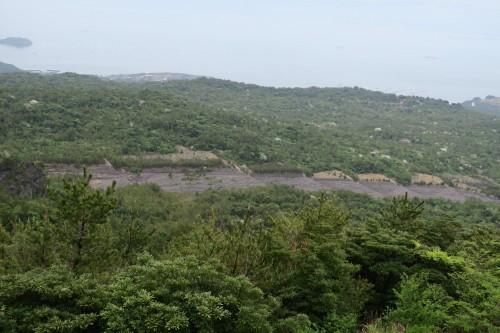 The viewing point of the observatory comes with a few words of warning however. Since the Southern peak erupts almost everyday, it may shower some small stones and ash over the observatory. While I did not experience any of this on my visit, it may be advisable to have a hat, handkerchief, umbrella and maybe even a mask if you’re particularly worried. 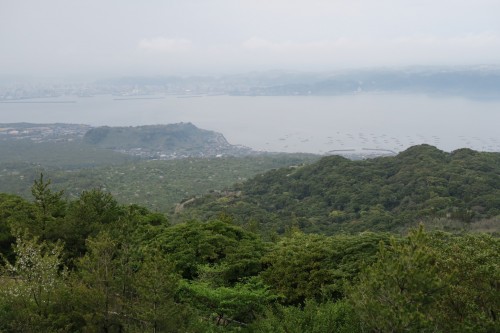 If renting a car is out of the question, I would recommend taking an island view bus tour. While the tour only allows for 20 minutes at the view point, it does feature in both the short and long tours, so if you go on both, you will be able to visit twice. There’s a limited amount of car parking space available but since most people usually take the bus tour, there should be space if you manage to rent a car, just watch out for large buses and sharp corners on your way up to the observatory. 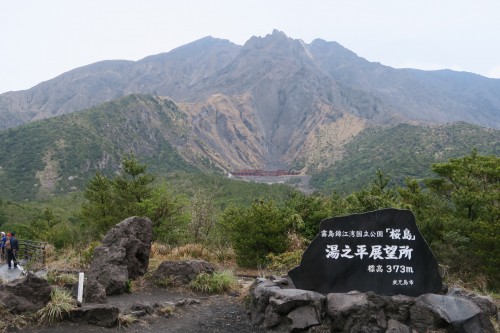 Yunohira Observatory is a free and interesting experience, particularly if the weather is on your side. I would recommend it as one of the must-do experiences of your time in Sakurajima. After all, you came here for a volcano, didn’t you?