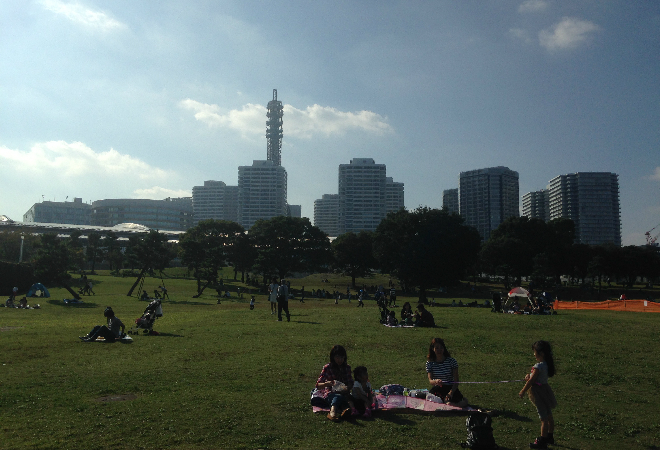 Yokohama is a large city, but one does not need to look far for something to do. Within just the area around the harbor there are so many parks to visit for pleasant scenery. On top of that, Yokohama Cosmo World offers various attractions including rollercoasters, prize winning games and an arcade. Whether the natural parks or the amusement park piques your interest, Yokohama has both within close range, allowing easy enjoyment of either, if not both. 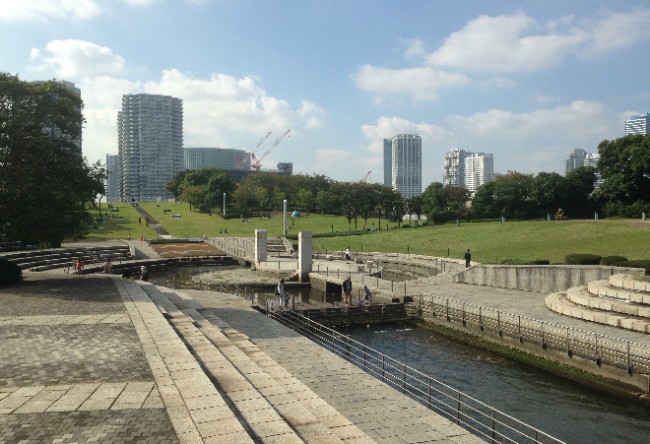 Rinko Park lies by the port, and requires transferring to the Minato Mirai line after arriving at Yokohama Station. Depart at Minato Mirai Station, then head past Pacifico Yokohama. Rinko Park is Minato Mirai’s largest park, providing large open areas where people regularly partake in activities from picnics to Frisbee or badminton. Right across from the open grass is a full view of Yokohama Port. On a nice day, the view is absolutely stunning looking either direction, whether you look towards the city or the water. Seeing the lively people talking and enjoying the park makes the atmosphere even brighter. While simply sitting on the concrete steps before the water, watching the waves as fisherman patiently cast their lines, it becomes hard not to appreciate the park’s overall mood. 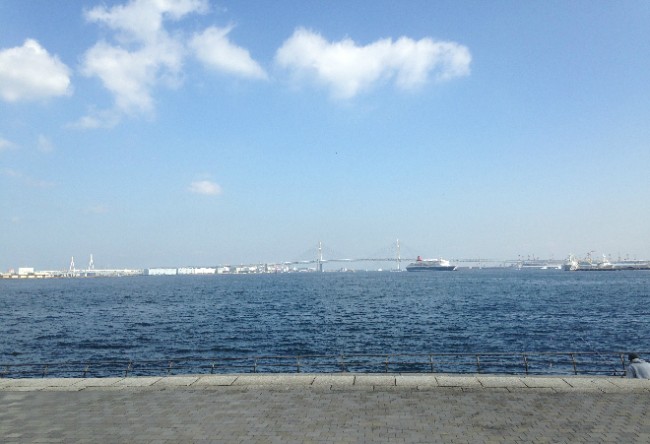 Just by the port waters stands an interesting statue you might spot within Rinko Park: “Fruits Tree”. Made from fiberglass and plastic, it is a tree with its entire upper half being various fruits, just like the name describes. The statue is a little off to the side, near the park’s boundary, but very hard to miss if you walk along the port. Seeing as there are other statues along the way, just walking from one end to the other is nowhere close to being a waste of time. 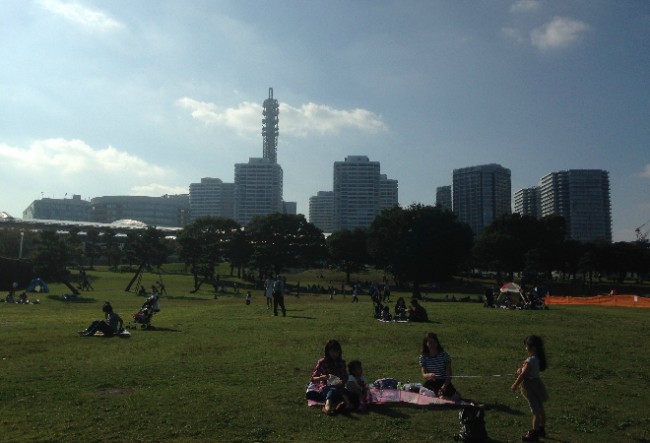 Walking along the water to the east, past Yokohama’s Red Brick Warehouse, is Yamashita Park. Built with rubble from the aftermath of the Great Kanto Earthquake, it allows for another amazing view of Yokohama’s port. Stretching almost 700 meters long, Yamashita Park opens another spacious and gorgeous spot, where various trees and flowers are planted down the park’s length. In addition to that, you can often view the ship that is anchored there, named Hikawamaru, which was a former cargo and passenger ship now resting in the port. The ship can still be seen at night, thanks to lights tied around the ship.

Another attraction is the “Girl in the Red Shoes” statue, a lone girl facing Yokohama’s port. Though no one entirely agrees on exactly what happened, the story behind the statue isn’t a happy one. A popular song about the girl explains her story, which may also be the reason why the girl in red shoes is as well-known as she is.

On top of that, there is a statue called the “Guardian of Water”, a gift from Yokohama’s sister city of San Diego. It’s a beautiful statue that sits as the centerpiece of a fountain. A fine piece of art, it is a lovely sight whether seen during the night or day. At the park’s very eastern edge is a stunning water stair for which I recommend traveling through the entirety of the park. With just as much activity here as Rinko Park during nice weather, it also tends to be quite a popular location. Wherever one finds themselves, Yamashita Park is an attractive place. 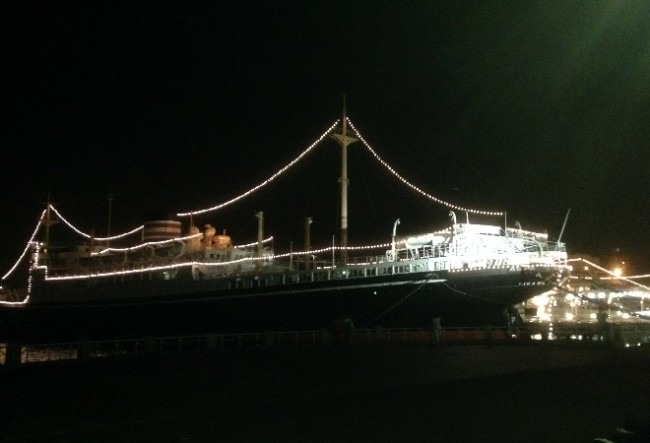 Whether you are visiting Yokohama with friends or family, Cosmo World, located between Rinko Park and Yamashita Park, has many enjoyable attractions. Each attraction is priced individually while tickets are purchased from the ticket stand in the center of Cosmo World. Depending on which attraction you wish to ride, tickets range from one hundred to eight hundred yen. With its towering Ferris wheel, the Cosmo Clock 21, the park is extremely hard to miss. Inside any ferris wheel car, one can view the beauty of Minato Mirai and Yokohama’s port all at once. The car even has a touch screen monitor that displays the night view or that you can use for learning some historical facts. During the winter, various locations are lit up with Christmas illuminations, so both the night and day views are spectacular.

Of course, the Cosmo Clock 21 isn’t the only attraction that Cosmo World offers. There are rollercoasters, adventure rides, and arcades that make having fun easy for people of any age. On top of that, Cosmo World has three zones that cater to different age groups. First, the “Wonder Amuse Zone” is where you’ll find the more thrilling rides, including the roller coasters and gaming arcade. There are also stalls where you can play games for prizes. Next, at “Burano Street Zone”, you will find crane games alongside more mild rides for older children. Finally, the “Kids Carnival Zone” is where you would take younger children. There are slower moving carts you can ride with your child, and popular children mascot statues with which you can take pictures. Without any doubt, there is something for anyone who visits Yokohama here. 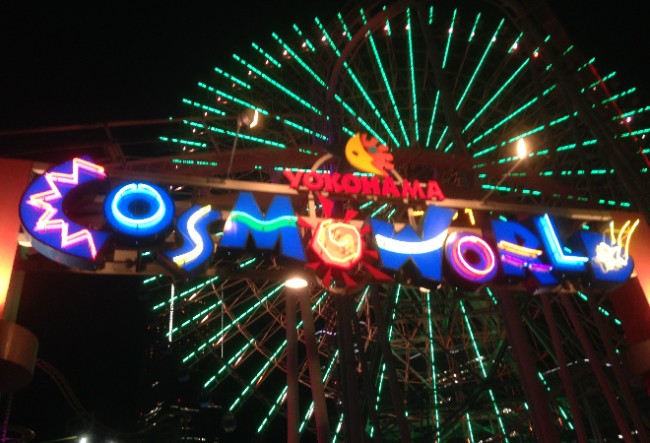 Whether it’s an actual park, or an amusement park, Yokohama allows visitors an enjoyable visit. With its beautiful waterside views and mix of nature, each park offers relaxation and a time well-spent. At Cosmo World, it is easy to add some more excitement to your trip, perhaps by riding a fast-paced roller coaster or just enjoying a breathtaking view of the port from high above. Enjoy Yokohama!