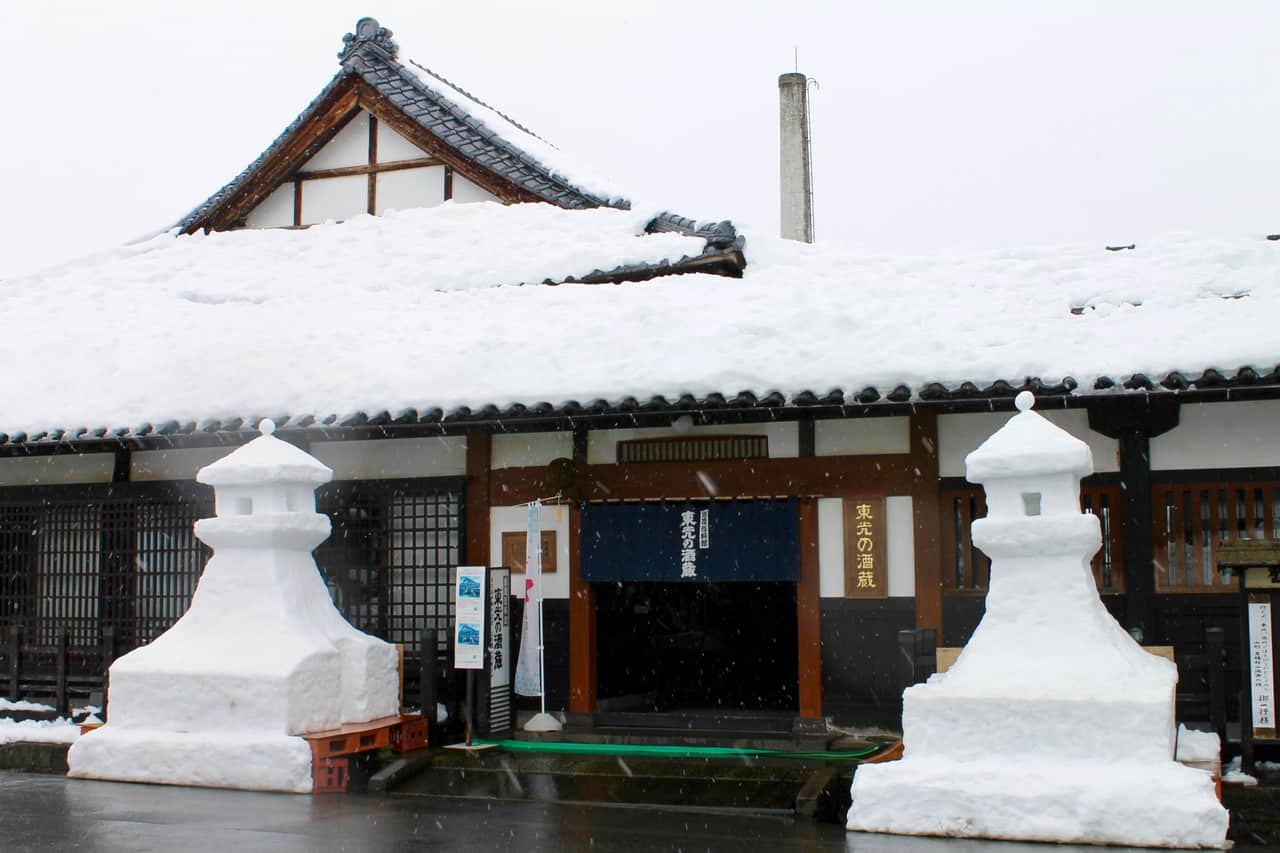 While many foreigners know and love sake, Japan’s world-famous rice wine, few know about the deep traditions and complexity of sake brewing. In Japan, the multi-step process of crafting sake is considered an art form, and the tools and methods are considered part of the country’s cultural heritage. Converted from a traditional brewery warehouse, the Toko Sake Brewery Museum is Yonezawa City was established in 1985 with the goal of educating visitors on the fascinating history of traditional breweries. 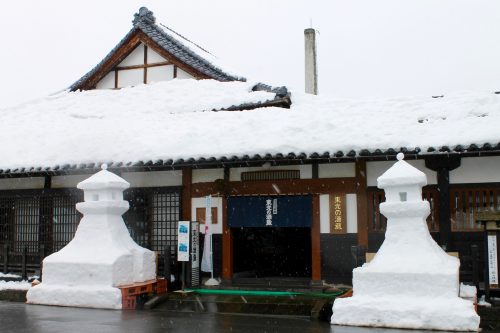 One of the largest warehouses in the Tohoku (northern Honshu Island) region, Toko Sake was founded at this site in 1597. Its nearly three hundred-year old history saw the brewery become the exclusive supplier of sake to the Uesugi clan, the famous feudal lords of the area now known as Yonezawa. The brewery has been in operation since it was founded, even during the Edo government Law of Sake Prohibition, during which it was granted a formal exception. But after ceasing operations at its historic home in 1984, the company, known official as Kojima So-honten, moved to a new site just a few blocks away. 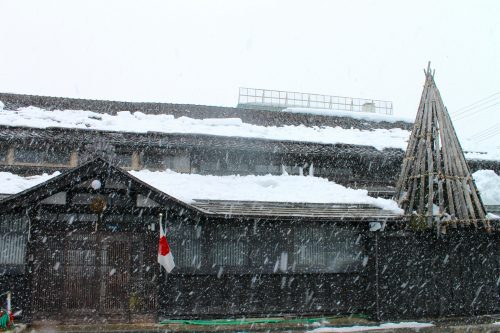 While this current brewery is not open to the public, Toko Sake converted their 7,000 square-meter former warehouse space into a museum. 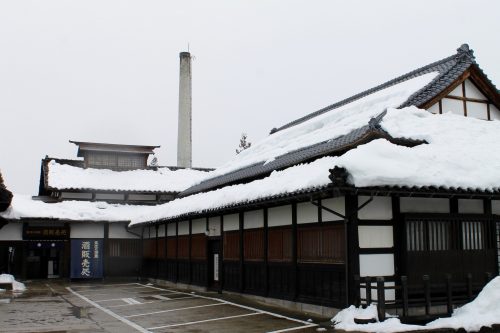 For a 310 yen entrance fee, visitors can tour the facilities, view the numerous sake brewing utensils and tools on display, and see first-hand what sake brewing looked like for hundreds of years. 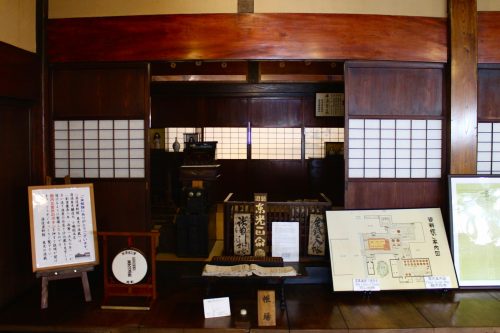 When you enter the museum, the first room you will encounter is a traditional office space. The tatami-floored rooms once housed the breweries accounting and management offices. The Showa-era typewriter and rotary phone are featured front and center. After moving through an entrance you will find yourself in the main portion of the museum, the large brewery warehouse.

See Sake Brewing Up-Close, Then Taste it Yourself 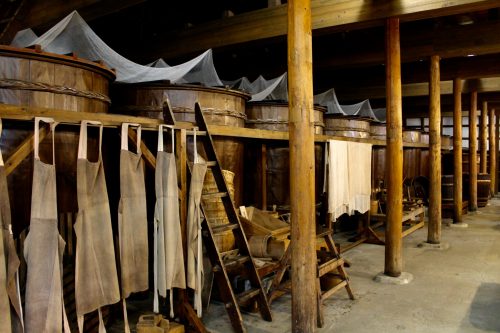 The warehouse holds many of the traditional machinery and tools that the Toko Sake Brewery would use during sake brewing season in the cold winter months. Some of the highlights include a rice-polishing machine, used to mill away the outer part of brown rice and expose the inner grain. Rice polishing is a fundamental step in sake brewering, since the amount of milling is one of the key components in determining the taste, type and quality of the sake. An extraction machine is also housed in the warehouse, which squeezes the rice in order to develop some of the more refined sake types.

In addition to these more mechanical tools, the warehouse is also home to a small shrine to a sake brewing god. The museum was visited by the Crown Prince and Crown Princess of Japan in 2003, and both prayed here at the shrine. 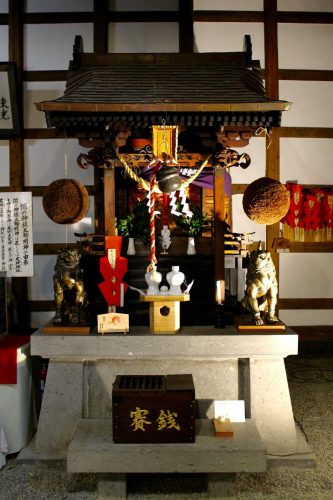 Koji is one of the most important ingredients in sake. The fungus is used in all sake brewing (as well as soy sauce and miso production) to begin the process of fermentation. Developing koji in the rice, however, is a difficult process that requires very particular environmental conditions. The museum has a koji making room, where this step occurs, open for visitors to see. Following the complicated fermentation process, one of the final steps of sake brewing is storage. Toko Sake Brewery’s warehouse includes a massive wooden barrel that is said to hold up to 2,800 bottles of sake. 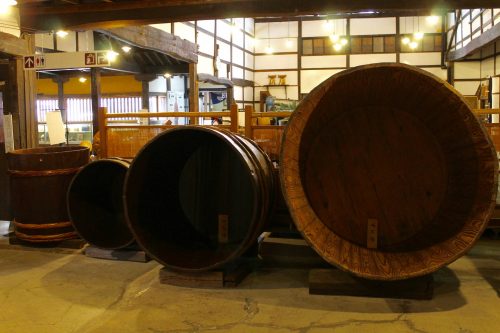 Once you’ve completed the warehouse tour and learned, in detail, the dozens of steps and intense manual labor once required to produce a single bottle of sake, you will have the opportunity to taste the product yourself. The museum’s shop doubles as a store for Kojima So-honten’s current brewing operations. 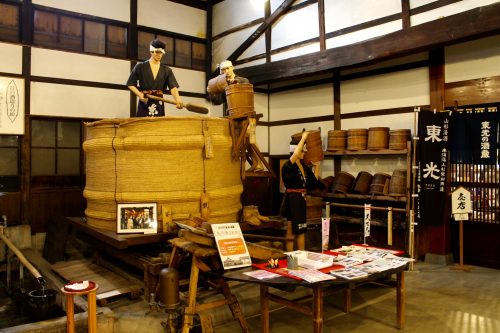 As soon as I entered the shop I was greeted by a clerk who handed me a warm glass of amazake, a sweet, non-alcoholic drink made from rice and served in the winter months and around New Year’s. 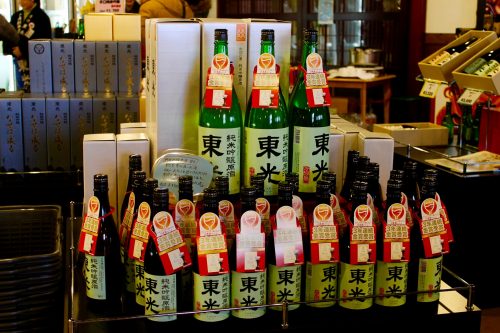 You can also taste ten different sake brews in the store to help you distinguish between different types and learn what you like best, before choosing a bottle to bring home as a souvenir. Even the brand’s highest-quality sake can be tried for free in the shop. Alongside the many sake bottles on display, the shop sells umeshu (Japanese plum wine). The Toko brand umeshu has take the top award at three national competitions, and is the perfect choice for those looking for a sweeter or lighter alternative to sake. After an umeshu tasting, I had to bring a bottle home with me.

Whether you’re a complete sake novice or a connoisseur, the Toko Sake Brewery Museum has something to offer.