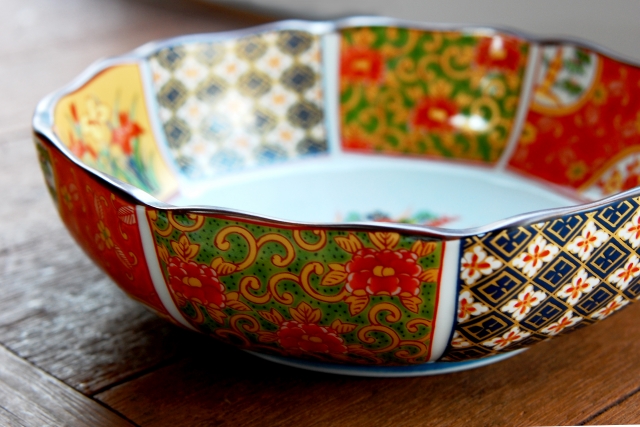 One of Saga Prefecture’s most famous wares, Arita ceramics, have been popular for hundreds of years.

A Craft with a 400-year History

The town of Arita is synonymous with its famous craft, Arita ceramics. For many people, it is the first thing they think of when you mention the town name. It is also often regarded as the best kind of “yakimono” – ceramics – in Japan.

The making of Arita ceramics has a long history, with 2016 believed to be the 400th anniversary of the first ever kind being made. It is also said that this was the first kind of ceramic made in Japan, and Arita is known as the birthplace of Japanese ceramics. From around the Meiji era, Arita ceramics grew in popularity and were exported around the world. In particular, many ceramics were sent to countries in Europe. This was partly thanks to an exhibition held in Paris in 1867. Nowadays Arita ceramics are famous worldwide.

In spring, from the beginning of February to the end of March, you can view the Arita ceramic dolls for designed for Hinamatsuri – or the girls festival which takes place in Japan on March 3rd. At this time of year there are beautiful displays of dolls.

Colours and designs of Arita Ceramics

The most common colours of Arita ceramics are blue and white, though you can see many other colours. Originally, Arita ceramics designed with a blue glaze so at first this was the only colour used. While Karatsu ceramics feature earthy browns and tan colours, Arita ceramics are typically made on a white base. As techniques developed, the Kakiemon style was introduced (named after its creator). More colours were able to be used and all kinds of special designs created. Since then, countless designs of Arita ceramics have been made and you can discover them on a trip to Arita!

As well as being used in houses all around Japan, Arita ceramics have even been used by Japan’s royalty. A type of ceramic known as “Nabeshima yaki” is a high quality kind of the ware. This was made for Saga’s Lord Nabeshima during the Edo period, and were not exported or used by anyone outwith the Nabeshima family and their friends.

As well as these galleries there are also many small galleries around the town for you to explore. Take your time to wander round them viewing all kinds of interesting and beautiful designs.

Shopping for your very own ceramics

Though museums tend to feature larger plates and statues of Arita ceramics, you can easily find all kinds of sizes and styles in the many shops. With all the selection available you can have fun browsing to find something (or many things!) you like. There are also plenty of gift ideas. For something small to take home you could pick up “hashioki” – stands for chopsticks. There are also selections of phone charms and fridge magnets, ideal to tuck into your suitcase and take home as a nice reminder of your trip to Arita. While there are plenty of high cost ceramics on sale, these smaller items range from around 300-500 yen.

There are also all kinds of small plates and cups.  In any of the shops you’ll be spoiled for choice, and you can always find something affordable. If you go to one of the local restaurants, chances are your food and drink will be served on Arita ceramics! There are restaurants selling Japanese food as well as sweets, or you can stop in for a cup of coffee served in an Arita ceramic cup.

Arita is also the location of Japan’s largest ceramics fair! The Arita Ceramics Fair takes place every year from April 29th to May 5th. While Arita is usually a very quiet town, it becomes a bustling marketplace at this time of year. There are around one million visitors to this event where you can find reduced price Arita ceramics.

If you are in Saga, visit Arita to discover one of Saga’s most famous wares! Learn about the deep history behind Arita ceramics and find something special to take home with you. You can also create your own unique ceramic – see here for more details.

With its recent 400th anniversary, Arita ceramics have recently been promoted around Japan and overseas. This promotion will hopefully mean that this traditional craft can continue develop.