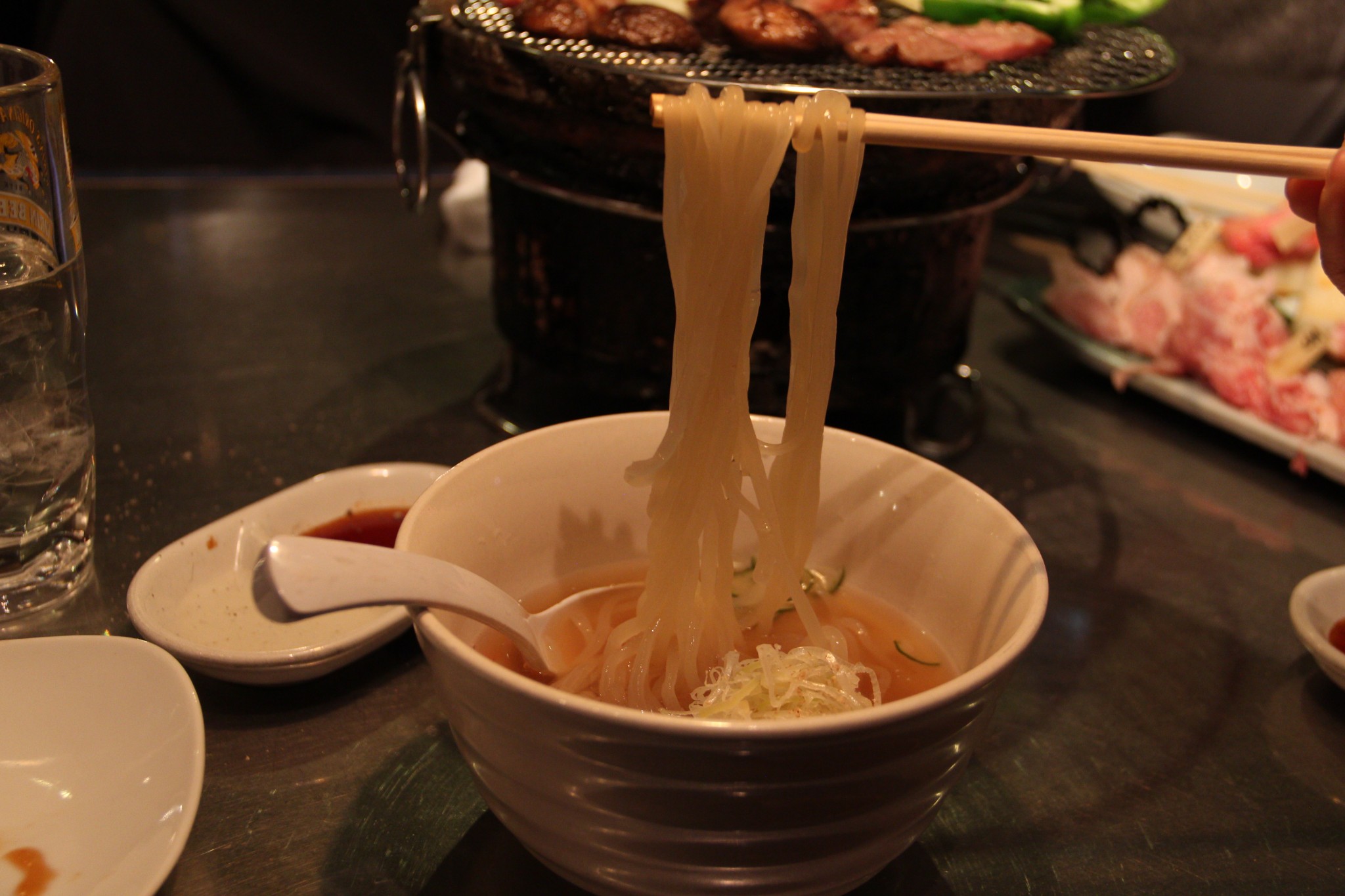 Fancy some noodles in a cold soup?

“What would you like as your first meal in Japan?” My boss asked me.

“Hmm, anything. Something Japanese,” I replied.

“Do you like cold soup?” Having only needed soup during the cold, winter months in order to warm myself up, cold soup seemed a strange idea. But hey, I had just arrived in Japan and anything that added to my Japanese experience was fine by me.

As we pulled into the parking lot of the mystery cold soup restaurant, my boss stopped and said “Oh, by the way, this is Korean food.”

And so, my first full meal in Morioka, Japan, was a dish that was stolen from Korea: reimen, a cold noodles soup that’s most famous in Morioka thus dubbed as Morioka reimen. It was introduced to Morioka by a Korean man who had missed a traditional dish from home and so he brought these noodles to Japan. 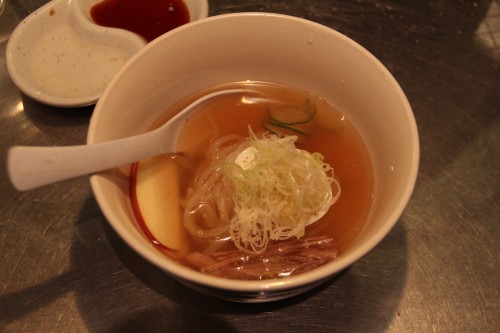 The minute we walked into the restaurant, the server escorted us to our… grill? Sitting in the middle of the table was a grill meant for cooking your own meat, a style known as yakiniku. Traditionally, Morioka reimen is served as a two course meal at any yakiniku restaurant. First, choose what kind of meat you would like to grill and then while cooking the meat, the second portion of your meal, the reimen (cold noodles), is brought out as a refreshing end to your meal. 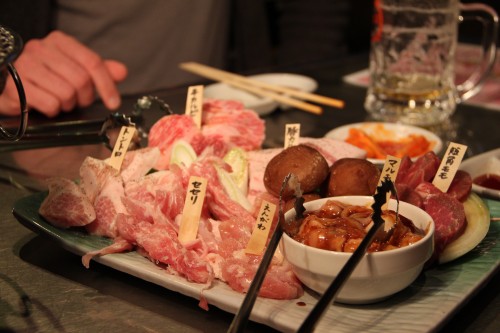 There are restaurants that will serve these noodles as a main course, but served alongside yakiniku is the traditional form of eating reimen noodles. 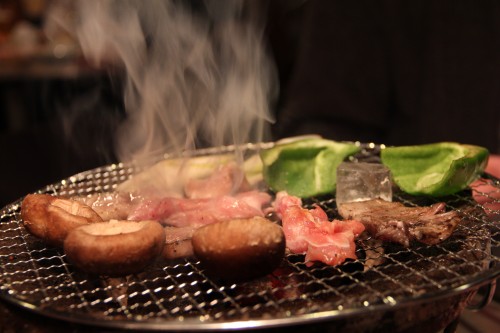 The soup contains thick chewy noodles along with beef, kimchi, a hard-boiled egg, cucumber and a piece of fruit. Wait, what? Why’s there fruit in the soup, you ask? 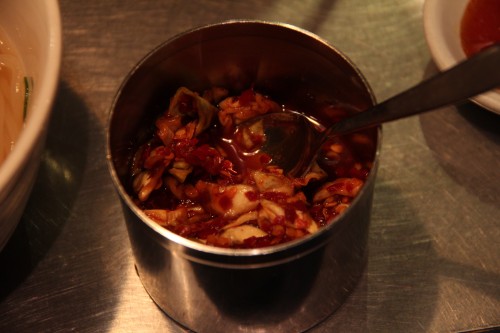 Kimchi on the side at Gaku.

Originally, the kimchi was thought to be too spicy, so to cool down the spiciness, a piece of fruit was added to be eaten afterward. The fruit is either watermelon, apple, or pear.

I thoroughly enjoyed this cold noodles dish. However, there’s one time that this dish is meant for: summer. The cold noodles help cool you down and the fruit at the end gives a delightful aftertaste. If you’re keen, try Pyon Pyon Sya, a popular reimen chain which is close to Morioka Station. But if you would like to venture further into Morioka, about a 10-15 minute walk from the station is a yakiniku restaurant called Gaku, a place that the locals prefer. They have the best deals on meat for groups of people (I went with three people) and the best tasting broth. And don’t worry, the kimchi comes on the side at this restaurant so that you can add as much or as little spice as you’d like to your broth. 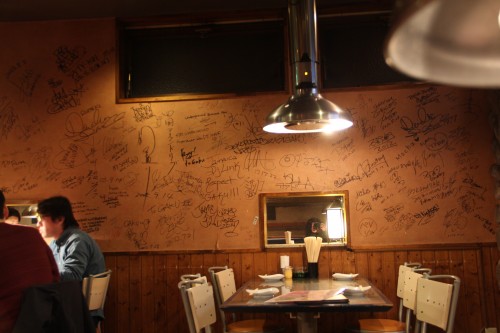 Inside Gaku, a yakiniku restaurant.

So if you’re in Morioka during the hot summer months, head out to Gaku or search for your nearest yakiniku restaurant to cool down with a nice bowl of Morioka reimen cold soup noodles!