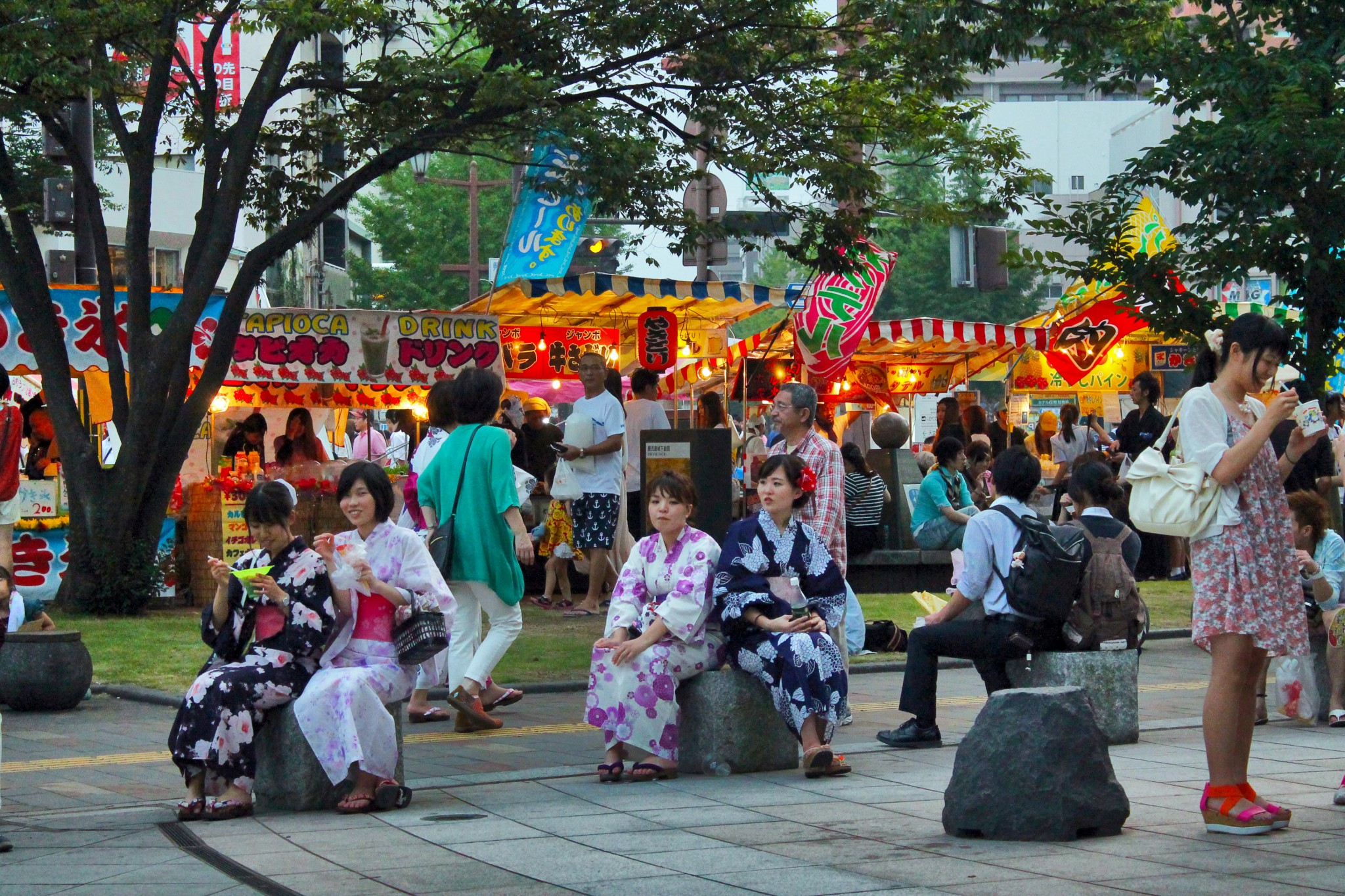 Rokugatsudo changes Kagoshima city into a rainbow of colors during the second weekend of July. As the festival starts, people feel festive and celebrate by meeting with friends and family. Almost everyone puts on yukata, a summer version of the traditional kimono. The whole town turns into a yukata fashion show full of checked and flower patterns, stripes, and origami designs. 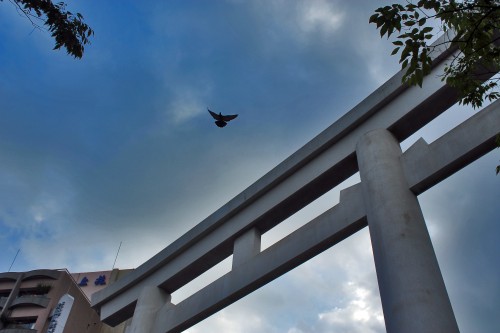 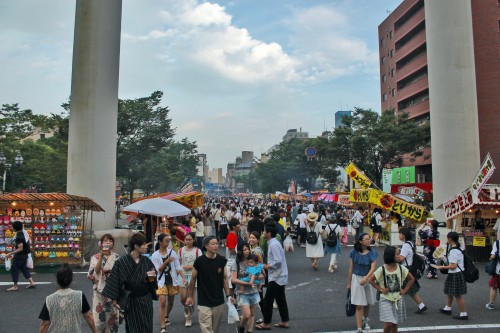 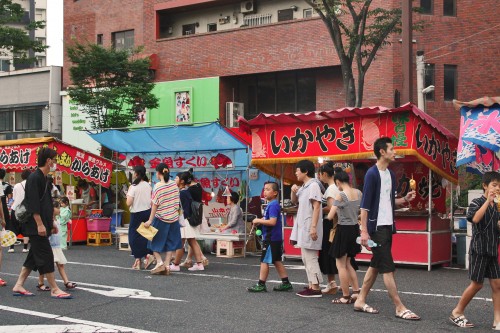 I was lucky to be part of this celebration on my first trip to Kagoshima. As I had never worn a traditional Japanese garment, I was eager to buy one and blend in with the crowd. Yukata are made out of cotton or synthetic material and are worn by men and women. The whole costume consists of a cotton undergarment (juban), a long, thick belt (obi), sandals, a foldable or fixed hand fan, and a carry bag (kinchaku). The designs vary, and there is a great selection of decorative patterns to suit even those who are quite picky. My choice was a white cotton material with printed purple flowers. 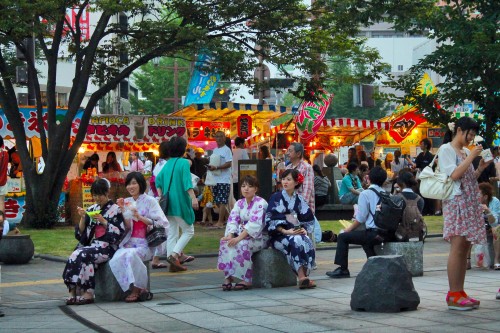 Rokugatsudo is one of many celebrations held by cities across Japan each summer. It is a jovial festival filled with a wide variety of events that are mostly located within a short distance from Terukuni jinja, the main shrine. People enjoy traditional dance performances, theatrical plays, singing contests, children’s games, and more. Such attractions bring crowds and make the city ecstatic and joyful. 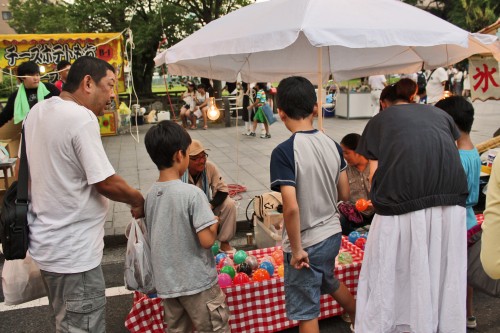 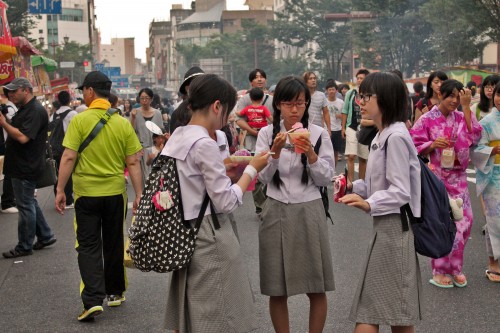 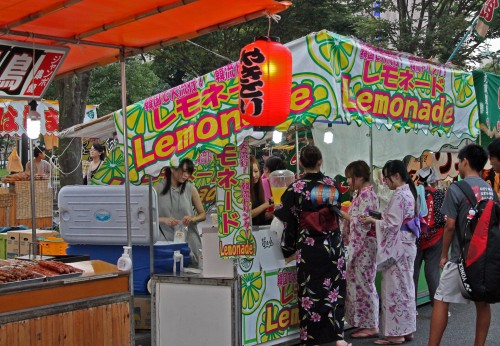 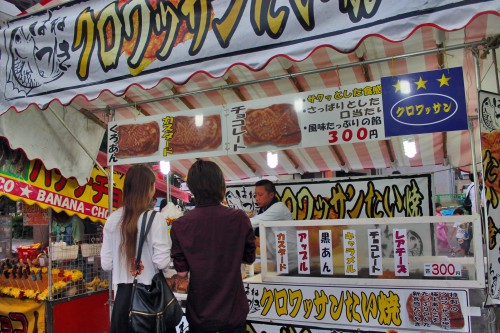 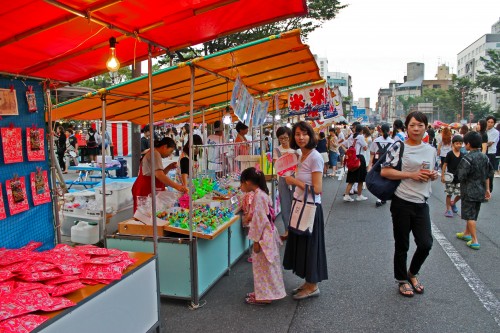 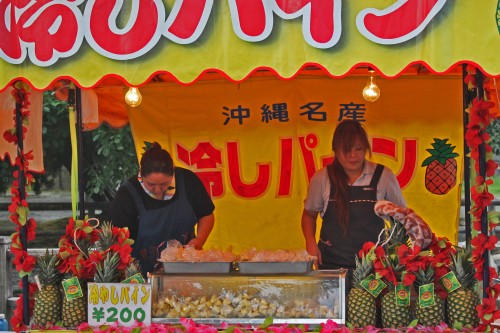 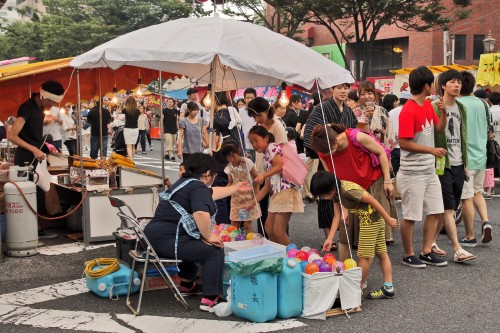 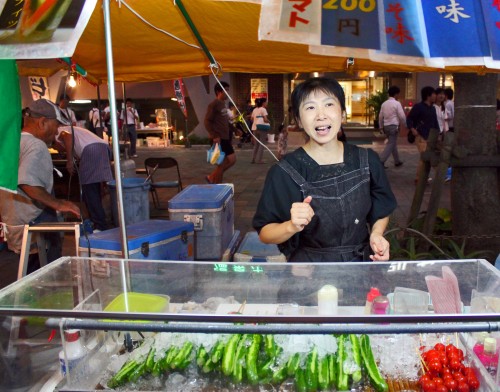 Rokugatsudo could also easily be called a traditional food festival. I was surprised by the number of food stalls on both sides of the street leading from the torii to the Terukuni shrine. People were selling local specialties such as sweet dango, kakigori (ice powder with syrup), okonomiyaki, apple candy, pickled cucumbers, and takoyaki. 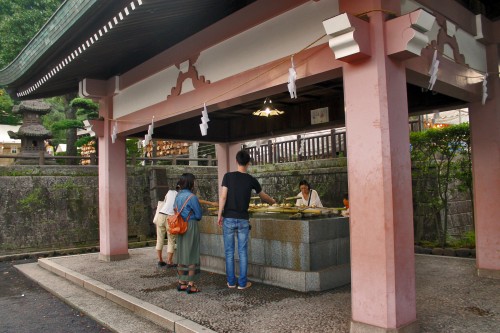 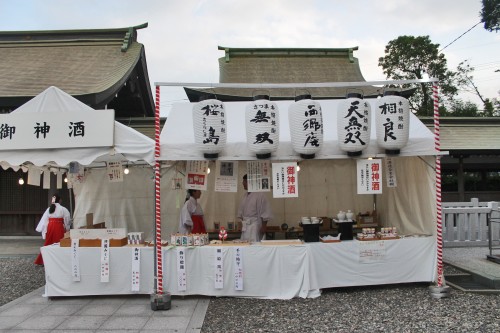 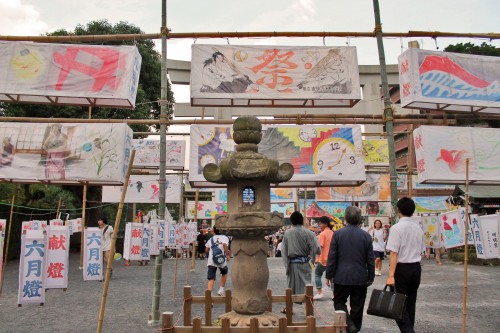 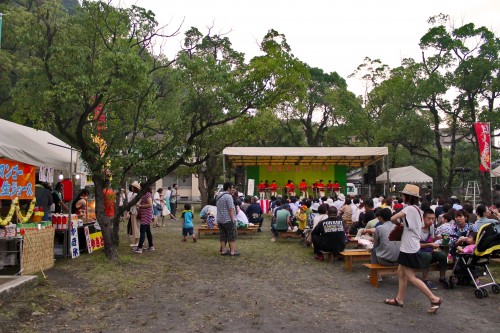 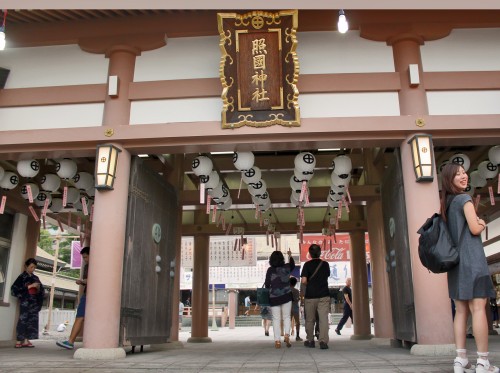 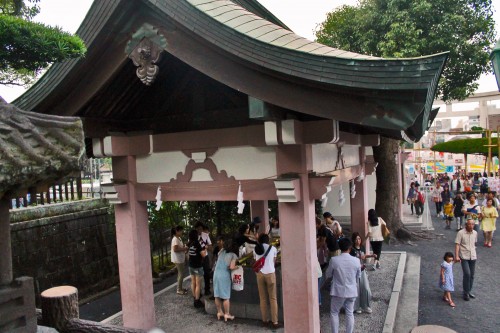 The main street was decorated with paper lanterns lit in the evening and various colorful ribbons hanging from the trees. The sound of taiko (Japanese drums) could be heard in the background. Mixed with people’s laughter and engaging conversations, it created a festive climate. 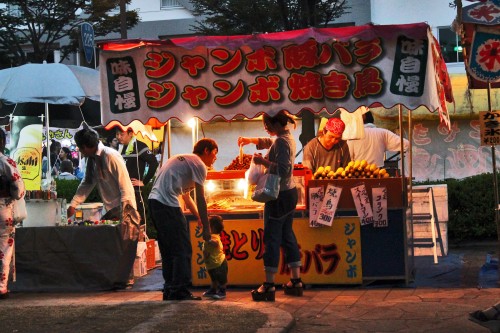 As evening approached, everyone was waiting for the main event: the hanabi, or fireworks. When the time came, the city went silent until the first shiny fireworks appeared across the night sky.