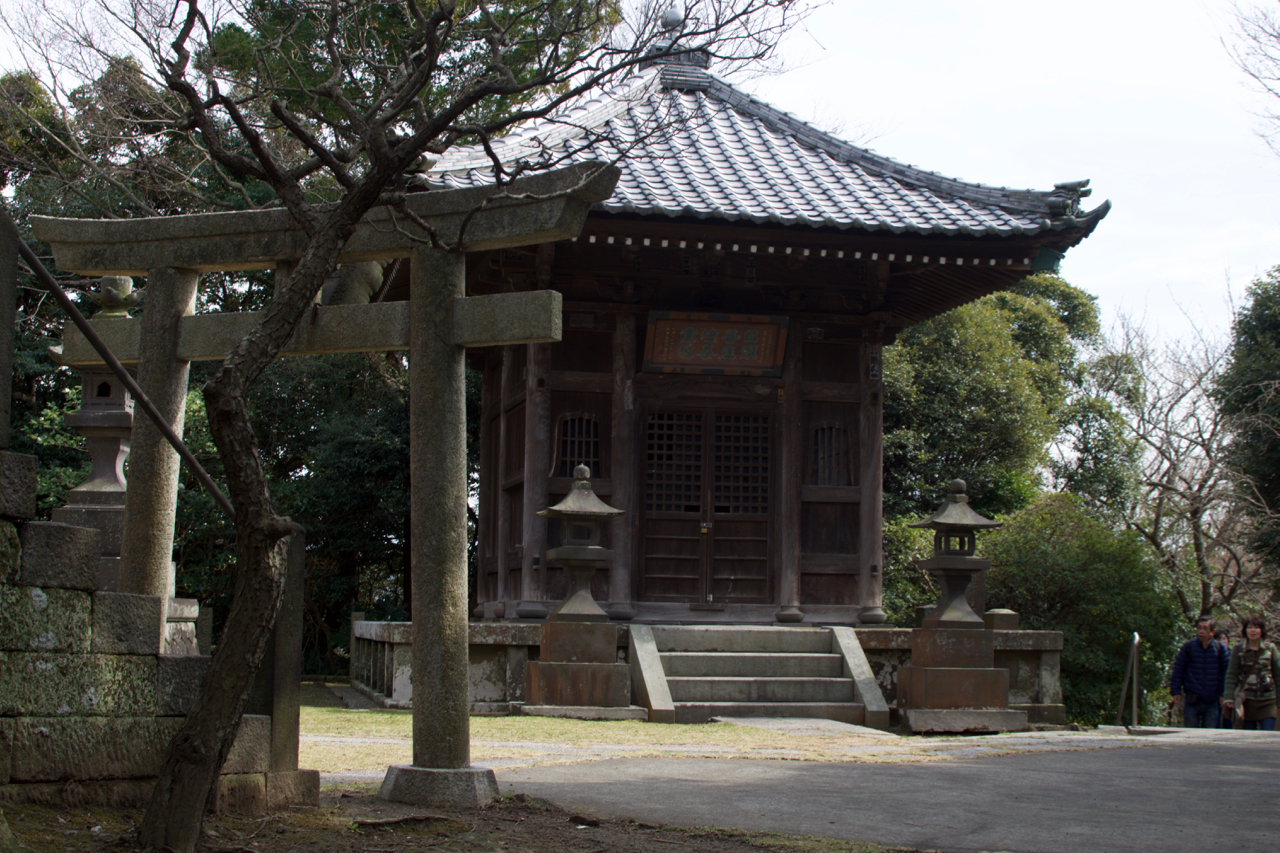 Hossho-ji temple, den of the raven in Zushi

Visitors to Hossho-ji temple in Zushi, near Kamakura, will often hear a crowing sound while visiting this temple nestled inside a mountain pass. Rising above an equally impressive cemetery and surrounded by lush forests and steep mountain walls, the small religious site nestled among the rocks is like something straight out of a cliched picture book about Japan, but it exists in real life. 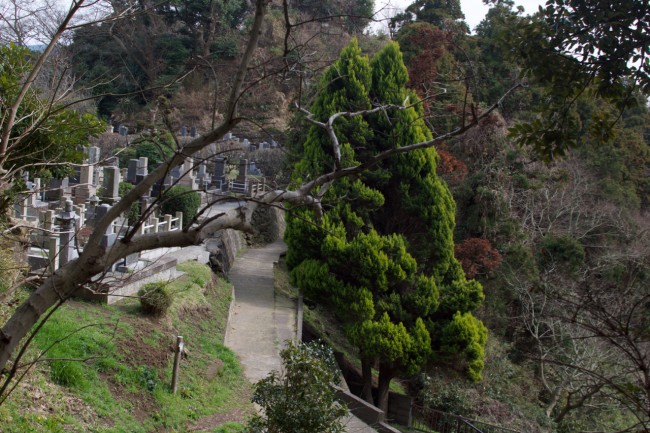 Getting to Hossho-ji temple is, as is often the case when visiting locations that are off the beaten path in Kamakura, a bit of an adventure. You’ll find yourself traversing narrow forest paths without safety measures against slipping and falling, so it’s advised to visit only with suitable shoes and during good weather. The hike rewards visitors with a series of spectacular views, and the path to the temple is as much of a must-see sight as the relatively humble (in terms of size) temple area itself. 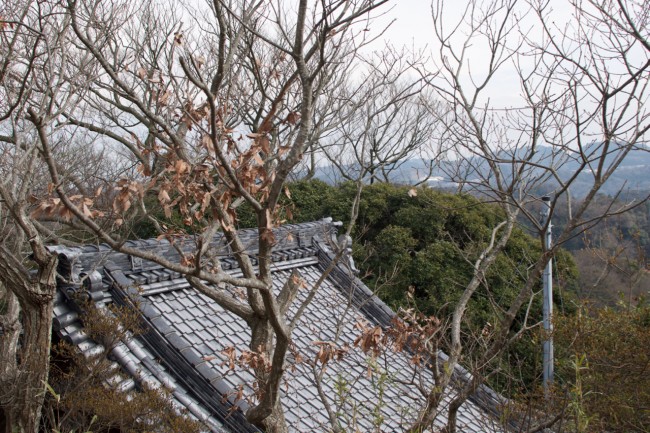 Leaving the mountain forest path, you’ll first arrive at a scenic view spot with neat pavement, which will give you a panoramic view over the cemetery stretching along two different areas left and right of the path winding down the hill towards the Hossho-ji temple area. You can see some of the buildings in the temple area from here, while other parts of the sacred grounds are hidden from view behind large stone walls. Once you’ve had enough of the panoramic view, it’s only three or so minutes until you reach the area itself, so you’ll soon enough be able to take all of it in yourself. 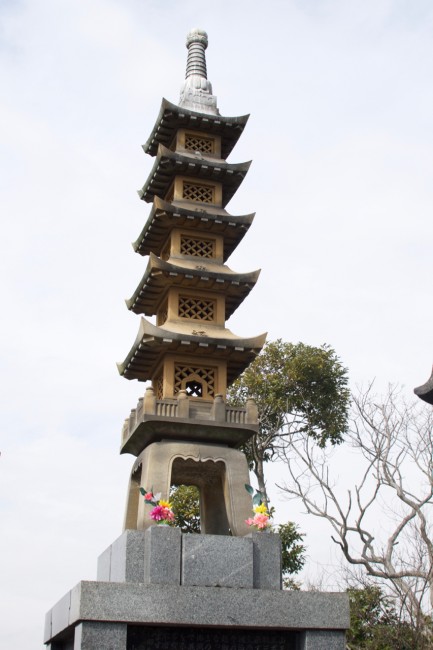 You’ll leave the viewing spot, surrounded by grave markers while seeing a single stella on top of a large stone platform up above you. Later on, you’ll be able to see it up close, provided you’re ready to climb some additional flights of stairs. There’s no reason why you shouldn’t, as the view you’ll be rewarded with is even better than the one you can enjoy from the first viewing platform. 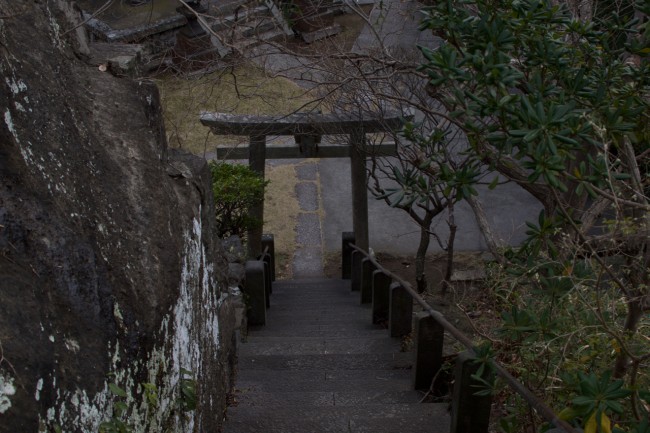 Once you reach the actual Hossho-ji temple grounds, you’ll find they have it all: A prayer hall decorated with a nice roof, torii (marking the aforementioned stair path upwards toward a great view), a bench to kick back and relax and… a palm tree? Yes, next to a pond of water, you’ll find a tree that strangely resembles a palm tree. Also, there’s a public toilet, but it’s closed, in case you were hoping the area would offer anything in that regard. 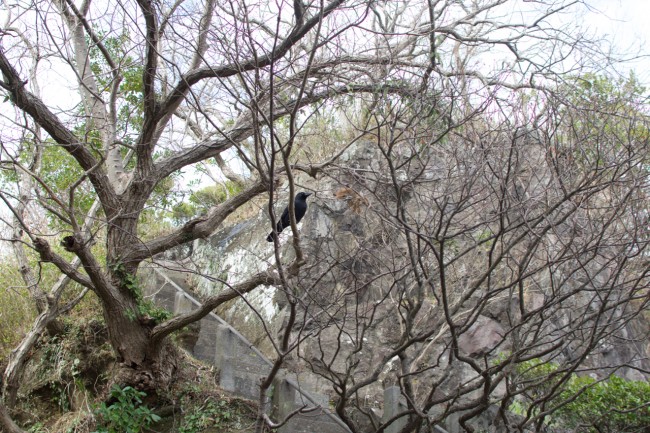 When we arrived at the Hossho-ji area and spotted the stairs, our first reaction was to call it “the stairs from hell”. That caused a bemused reaction from a group of Japanese tourists who arrived at the site from the other side at about the same time. Generally, though, you’ll find the area empty, and in the half-hour or so we spent there, we only saw two other groups. While there’s a lack of human interaction in the place, you’ll not be short of avian friends. For some reason, these grounds seem to attract the local raven population, and you can find them soaring above the grave markers, sitting on top of a roof or a torii, or just eyeing you suspiciously from the top of a tree, hoping you’ll drop some bread crumbs. 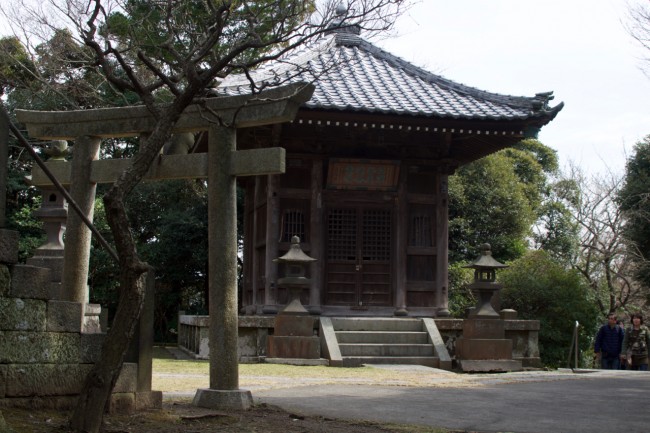 The sound of ravens is a recurring, constant companion while visiting this place. Alongside the nice views to be enjoyed here, the ravens will be one of the more memorable things you remember about this place, which could aptly be called the raven temple and pass. Recommended for friends of both birds and beautiful architecture! Visiting the Hossho-ji cemetery and temple is free of charge.