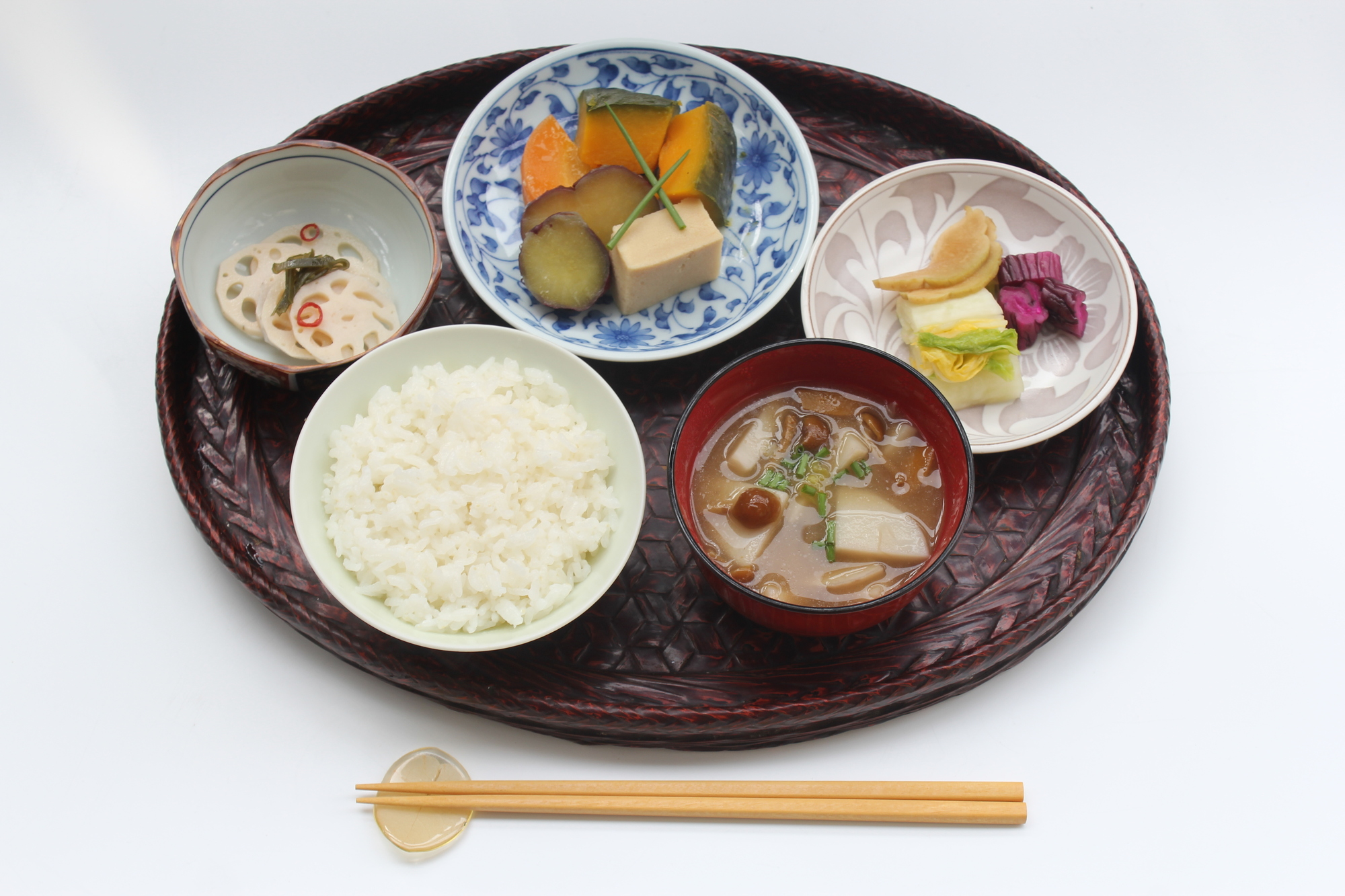 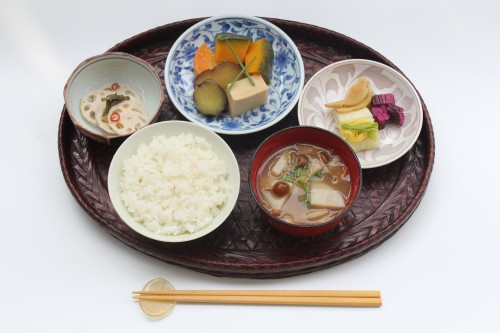 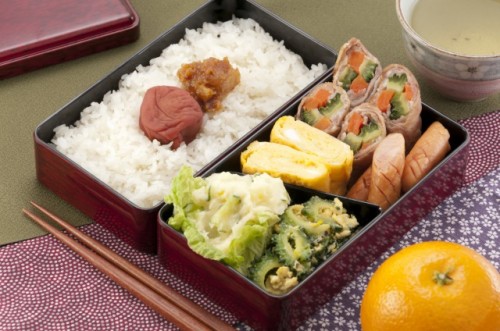 A typical Japanese bento box with a variety of sides

This food philosophy is today largely considered an effort towards a balanced diet in terms of daily nutrient intake. After all, “one soup and three dishes” generally means a miso soup plus three dishes, which include one main along two side dishes, topped off with both rice and pickles. So you will get the major source of carbohydrate energy from rice, water from soup, protein from the main dish (typically meat or fish), and fiber along with other minerals from side dishes (such as vegetables, tofu, mushrooms and seaweed). 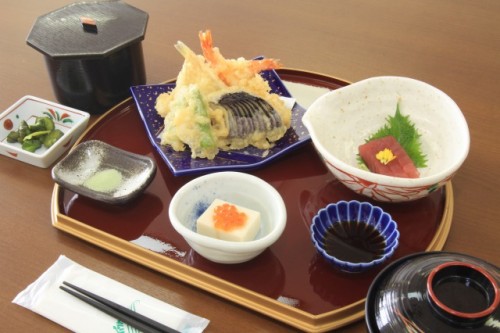 The History of Japanese Food Concept

“One soup and three dishes” owes its roots to the one-serving-per-person “meimeizen” (銘銘膳) of the common people and “daikyou”(大饗) of the upper class started during the Heian period. Later it was the honzen-ryouri (本膳料理) from the Muromachi period (14-16th century). A ritualized, often extravagant full-course dinner, the dish has slowly died out since the beginning of the 20th century. Honzen-ryouri – which certainly would include more than just a bowl of miso soup, three dishes and white rice – once came with three (or more) rounds of drinks and foods often consumed for ceremonial purposes. Today, kaiseki-ryouri, as well as meals at important events such as weddings and funerals, show reminiscences of honzen-ryouri. 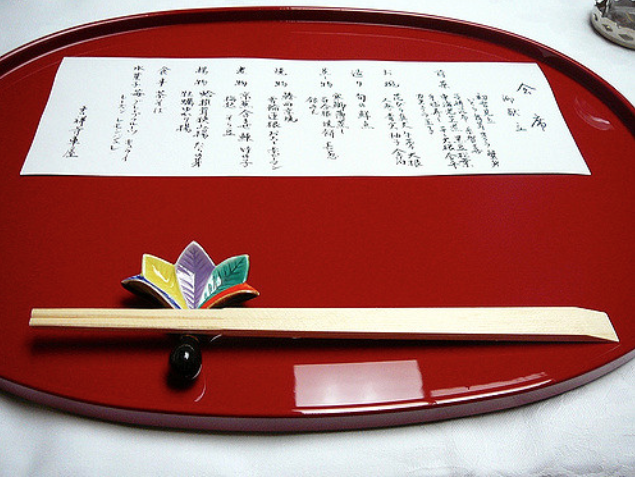 An example of kaiseki ryouri menu 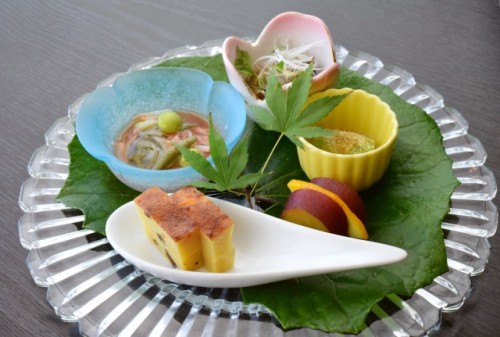 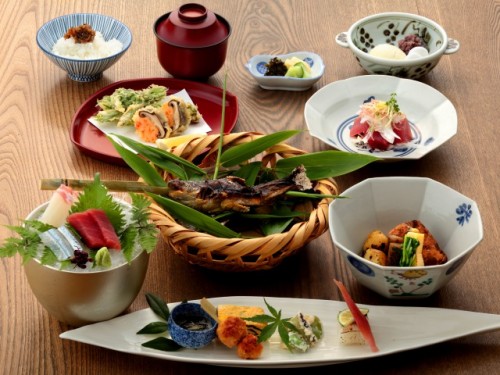 Simplified but almost universal, it is not unfair to say that “one soup and three dishes” outlines the basic image of Washoku, or Japanese cuisine, that everyday people have.

How can We Prepare for Japanese Dairy Food Menu?!

But here you might think: How could Japanese wives and mothers (and husbands and fathers) possibly come up with the food for one soup and three dishes each day – seven different soups, 21 dishes every week – for 365 days?!

Answer: The talented cooks (I should say most of them are!) surely have the ability for it. But average folks who would like pursuing balanced diets but can’t afford the time (e.g. me) will have no problem getting help from grocery stores, which doesn’t necessary mean TV dinners or frozen food, but rather way healthier choices. How? Here’s how.

While the main dish could involve heavier cooking along with more preparations, there are tons of ingredients that do not require more than a two step recipe. Think grilled or pan-fried fish or chicken. For red meat, how about stir-fried beef or pork with fresh vegetables like onion, carrot or broccoli? 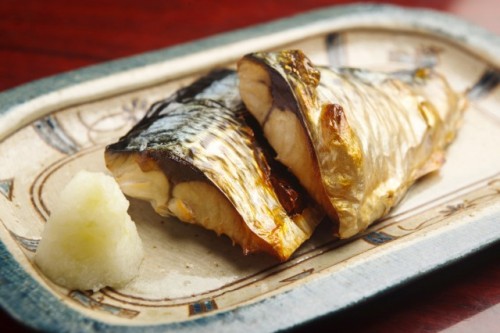 As for side dishes, here comes my favorite – hiyayakko (冷奴) tofu, which means chilled tofu with toppings. You guessed it right: tofu right out from the package! This food only requires dealing with what topping you like – anything from soya sauce, chopped green onion, grated ginger, wasabi or mustard, katsuobushi, to fancier options (i.e. more work) like daikon oroshi (radish), okura slices, natto with seasoning, pasted pickled plum, raw egg or quail egg… All-season and limitless! 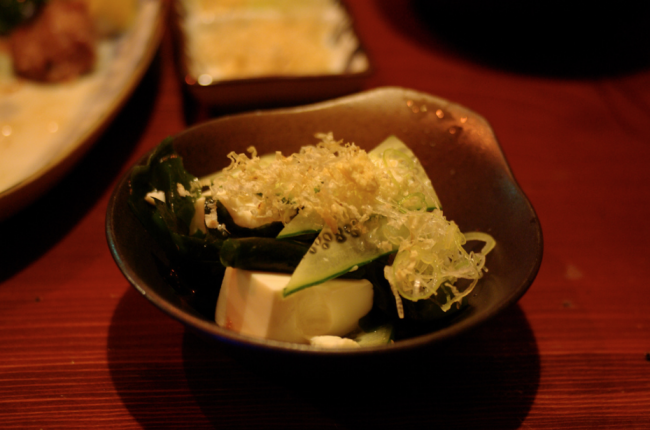 Then add a salad for a food with fiber. Lettuce, cabbage and carrots are must-haves; how about sliced onions or daikon, with a simple ready-made sesame dressing or homemade vinaigrette with only olive oil, balsamic vinegar and salt and pepper? Or if you really don’t have time – tomato slices drizzled with olive oil and salt and cracked pepper? 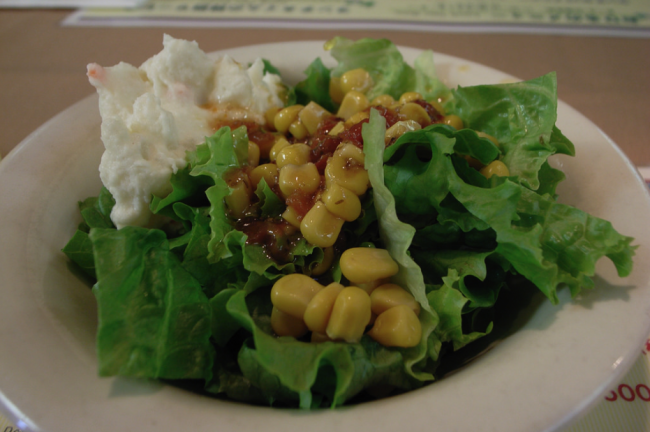 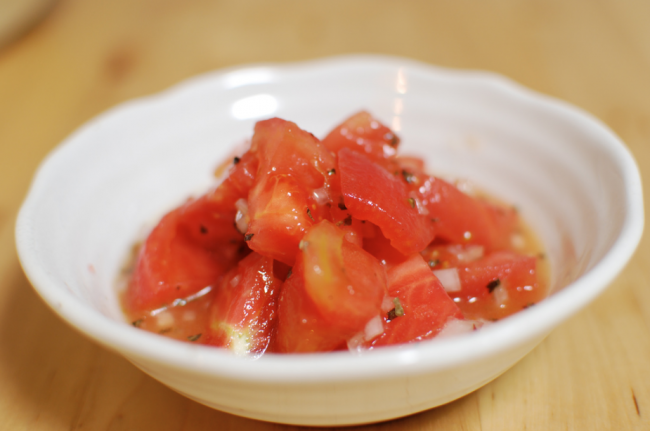 An even simpler tomato salad!

The miso soup does not need to be the same miso soup everyday either. Consider combinations of tofu, seaweed, carrot, daikon, cabbage, seafood, pork, potato, onion… And if you don’t want miso all the time, how does something western like a minestrone, chowder or tomato soup sound? 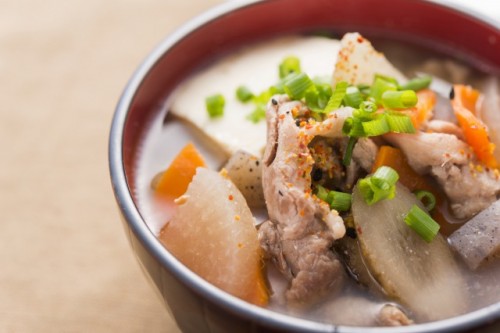 A miso soup with pork

Healthy yet simple – this is what I like about Japanese diets. And the “always-some-variety-involved-in-a-meal” idea often reminds me of the fries alongside the two slices of lettuce in a burger in the most common fast food combo – only guilt-free!