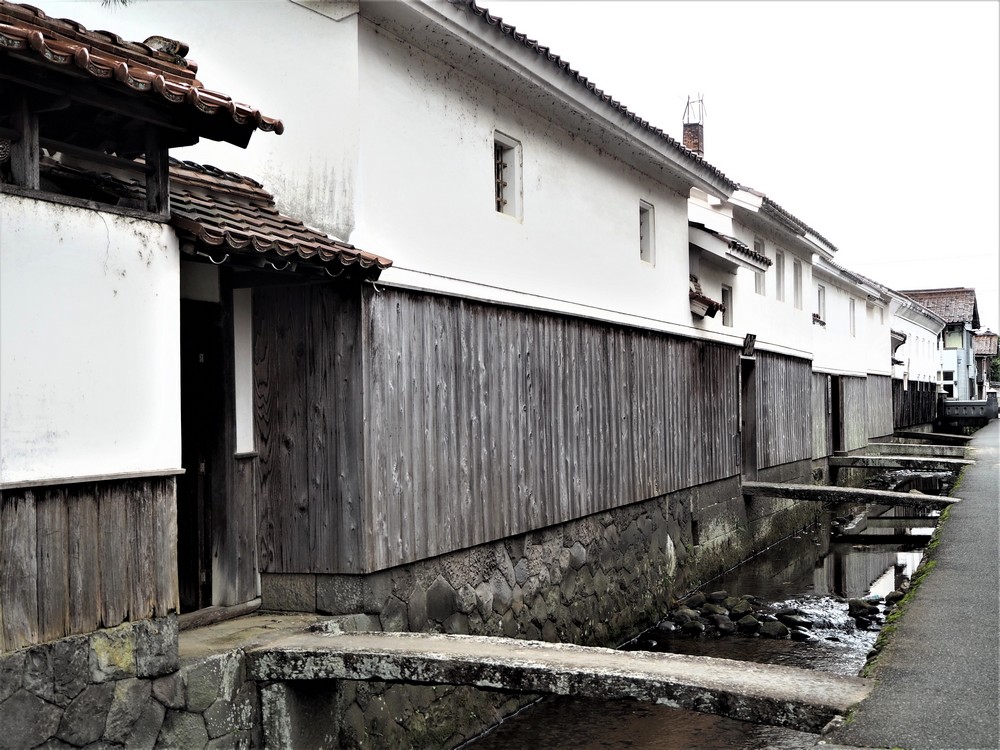 Discover Tottori Tradition, Culture, and Craft in the Historic Town of Kurayoshi

Tottori is a region still little known to foreign tourists, although it is full of little treasures. I had a lot of fun visiting it. In particular, in Kurayoshi, I discovered many things about the history, the culture, and the gastronomy of Tottori.

Kurayoshi, the Historic Town of Tottori

Kurayoshi (倉吉市) is located in the middle of Tottori prefecture. To visit the old merchant quarter is to step back in time. I discovered beautiful traditional wooden buildings with red-tiled roofs dating from the Edo period (1600-1868) and the Meiji period (1868-1912). These red aka-gawara tiles are not only waterproof but also reputed to be effective against freezing. Kurayoshi is known for its famous white-walled kura warehouses, from which the city takes its name. These traditional warehouses are called shirakabe because of their white plaster wall, 30 centimeters thick, which resists fire, protects against mold and thieves. Shirakabe warehouses border a part of the Tamagawa river and sit on top of small stone bridges leading to a warehouse. Walking through this picturesque scenery made me feel like I was in old Japan. Visiting Kurayoshi is discovering a part of the culture of Tottori.

In the past, traditional companies used these buildings to store soy sauce or sake. Nowadays, most of these buildings are cafes, shops, or workshops. I was able to visit one of these shops which create souvenirs of kasuri, a fabric made only in Kurayoshi. Woven using indigo-dyed thread, some spaces are deliberately kept white to create patterns. A lady gently showed me how to weave kasuri on a weaving loom. Surprisingly, I also discovered a wine shop, so I learned that Tottori has some vineyards!

What are the Specialties of Tottori and Where to Eat It

For lunchtime, I went to Seisuian, a restaurant settled in a machiya dating of Taisho era (1912-1926). It is in Kurayoshi that I discovered one of Tottori’s specialties, the mochi shabu. The mochi, made of sticky rice, can be molded in different shapes.

Mochi shabu involves soaking thin slices of mochi in hot broth to soften them before eating. The color of the mochi slices depends on their taste. Matcha, lemon, carrot, shiitake, shrimp, pumpkin… The tastes are subtle and pleasant, and, already enjoying the mochi, so I really enjoyed myself. If you don’t like the texture of mochi, you can also eat there other japanese food such as udon or tempura.

In the evening, I went to dinner at Shirakabe Club, the café just across the way! The building was built in 1908 and used to be a bank. Even though the outside facade looks Japanese, I love the retro European interiors that matched with their western food. The dinner menu is quite generous, and I chose the excellent fish plate, but there is also a meat dish on offer.

Learn How to Make a Bamboo Lantern

To my surprise, I discovered a park with Chinese aesthetics where it was possible to participate in a workshop. There, I learned how to make a bamboo lantern! First, I had to choose the shape and the color of the bamboo. Then, I choose the pattern, which you can draw yourself or pick from the available patterns. I chose a simple one that I taped to the bamboo before drilling holes to create my pattern.

Then, I just had to bring it to life by turning on the light to see the final result. This workshop is easy and fast to do, and kids can from 5 years old and up can participate. I like to buy souvenirs, but it is much better when you can create it yourself.

Spend the Night in a Japanese Guesthouse

To end this immersion in the Japan of another time, I spent the night in a renovated tradtional Japanese guesthouse. The guesthouse Kurayoshi is conveniently located near Tottori’s other popular tourist spots in a quiet mountainous area only 10-minute walk from the Kurayoshi city center. I loved the windows and the contrast between the wood and the white wall. The interior space is also renovated and decorated with some Japanese treasures that may appeal to many foreigners.

Kurayoshi offers three bedrooms — one western with a sofa bed and two others in tatami. There is one small and one large tatami room, the latter with its own kotatsu, a heated table covered with a duvet, which is a significant detail in fall and winter! It’s always so nice to slip your legs under the kotatsu and instantly feel enveloped in its pleasant warmth. There is only a simple Japanese-style bathroom, so you might as well take advantage of the famous onsen town of Misasa.

How to Get to Kurayoshi

From Osaka, Kurayoshi is accessible by train with the Super Hakuto Limited Express from Shin-Osaka station. The journey takes around three hours. From Tottori, take a train of the JR San-in Line which will take you straight to Kurayoshi in around one hour. It is also possible to go to Kurayoshi by bus from Osaka and Hiroshima, and while it takes more time, but it is cheaper than taking the train.

The historical town Kurayoshi is a must see to immerse yourself in Tottori culture.  Being a prefecture that is still quite rural, it is all the more pleasant to enjoy the charm of its houses of yesteryear.