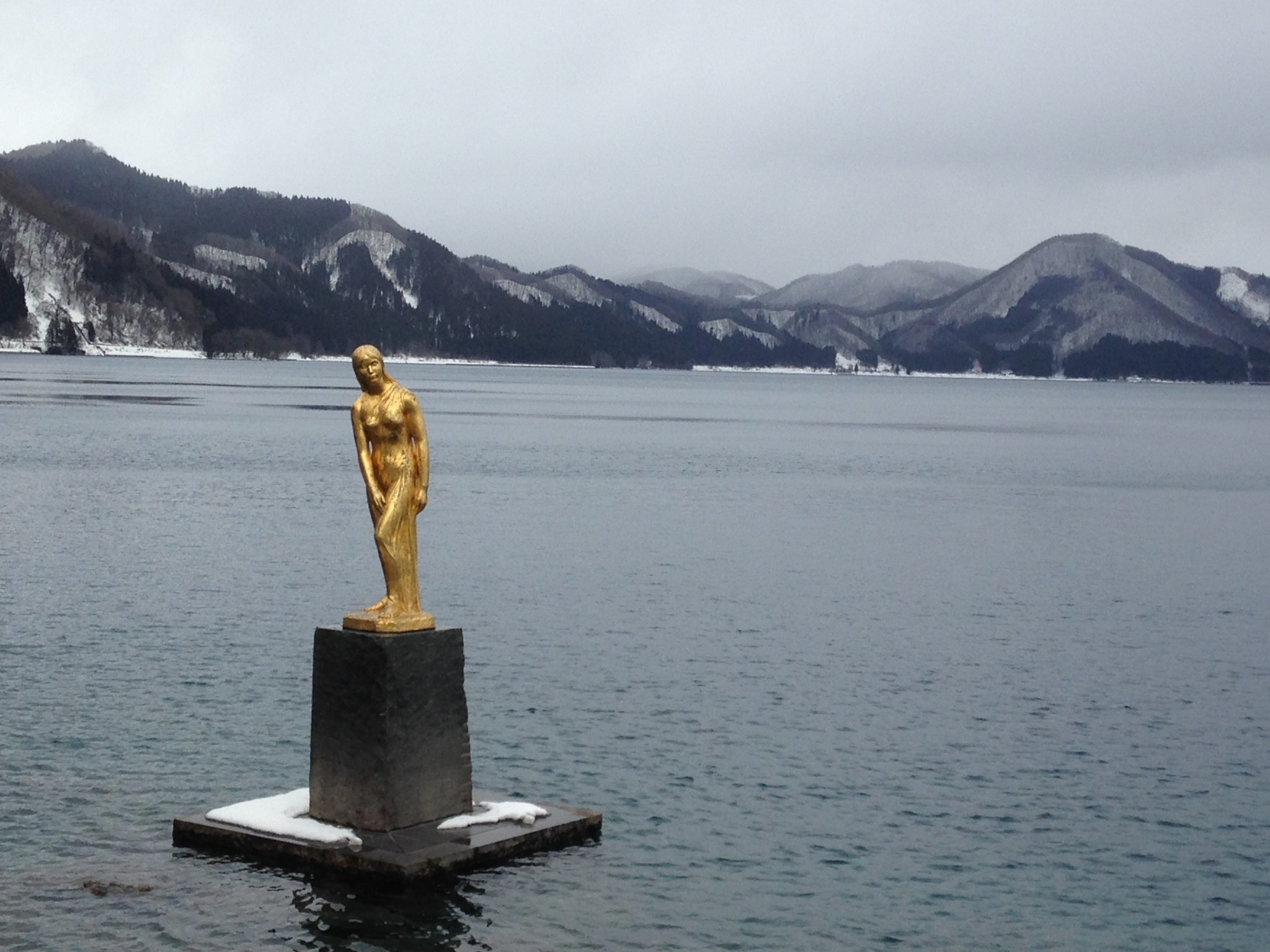 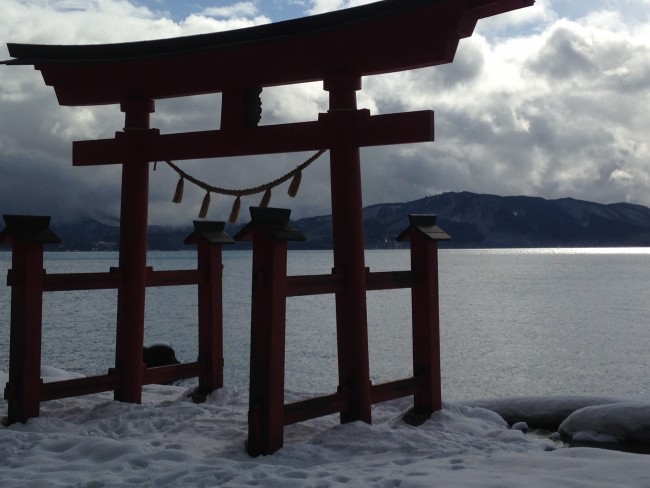 In Akita Prefecture there is a legend about a woman named Tatsuko. Tatsuko was incredibly beautiful, but also incredibly vain. She worried endlessly about growing old and losing her beauty, so she prayed to the Goddess of Mercy every day for one hundred days. On the hundredth day, Tatsuko’s prayers were answered. The goddess appeared before her and told her that in order to retain her beauty, Tatsuko must drink the water from Lake Tazawa. Tastuko did as she was bid, taking a sip from the sapphire blue waters, but as she drank she became insatiable. She continued to drink, quenching her thirst, and her body began to change. First it began to stretch, becoming elongated, her head grew wider, her skin became rough. When she saw her reflection in the smooth water of the lake, she was shocked and devastated to see her form. Tastuko had changed into a dragon. Tatsuko’s mother came looking for her, wondering where her daughter had gone. When she arrived to the beach, she was heartbroken to see her daughter’s new form. As a way of saying goodbye, she threw her torch into the water, and it immediately transformed into a school of fish, the mysterious kunimasu fish. To this day Tatsuko watches over the lake, keeping the fish plentiful, and the waters clear. 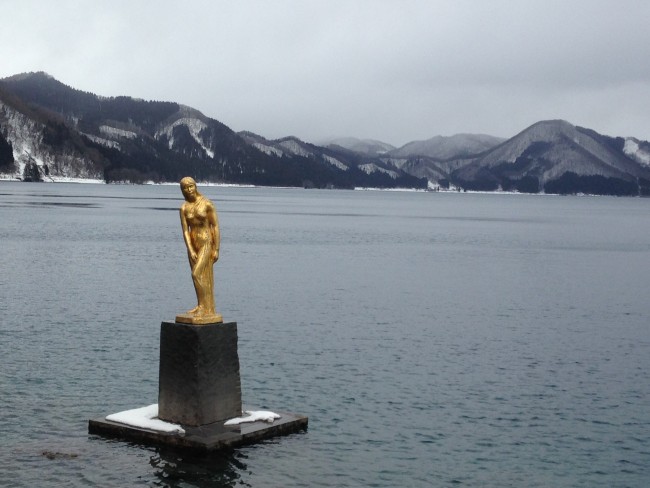 This is a rough explanation of the famous golden statue resting near the western shore of Tazawako. The statue depicts Tatsuko standing in the water, her beauty unblemished. But this is not the only thing that has given Tazawako such a famous reputation among Japan’s sightseeing spots. Lake Tazawa is the deepest lake in Japan; the caldera lake is measured at a depth of 423 meters. 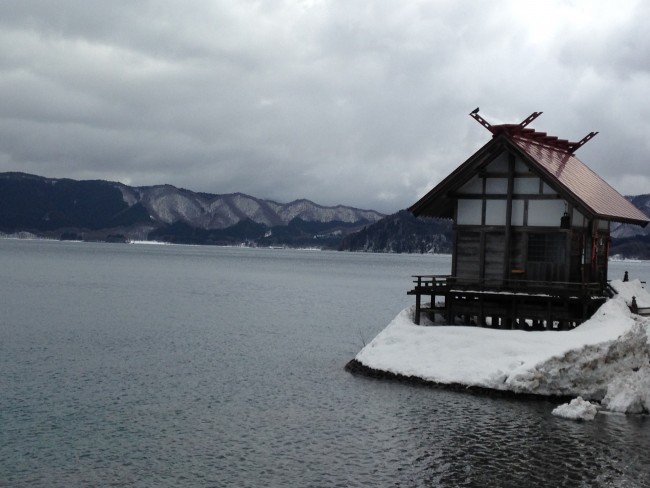 I have been to Tazawako many times, and each time it looks different. As you come around the final curve of the road, the beach and water spreads out before you, the sapphire waters prismatic against the sunlight. On misty days, it is not hard to imagine Tatsuko waiting beneath the water, or hidden in the nearby mountains. The mist swallowing her form as it swallows the far side beach of the lake. 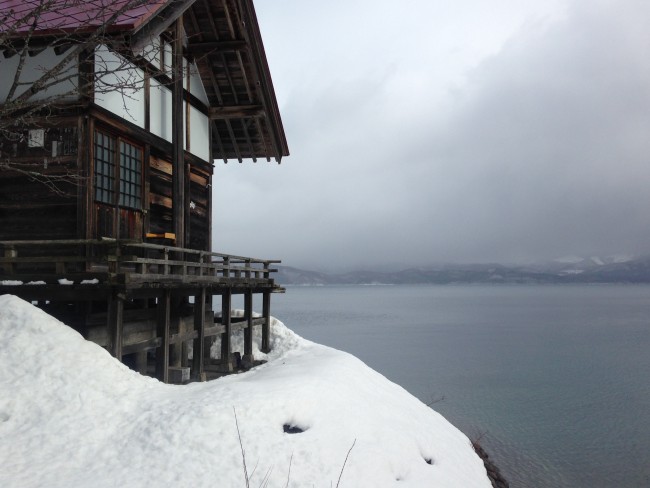 While most of the beach is undeveloped, there are many activities to do, and places to see. As I mentioned, on the western side of the lake you can see the famous Tatsuko statue, resting at the edge of the water. While on the eastern side of the lake, near the bus stop, you can find a small selection of restaurants and a bicycle rental shop, as well as a small sandy beach. Near this area there is also a pier to board a sightseeing boat, which takes you to the Tatsuko statue and back, a 4o minute round trip. The sightseeing boats run from late April to early November. 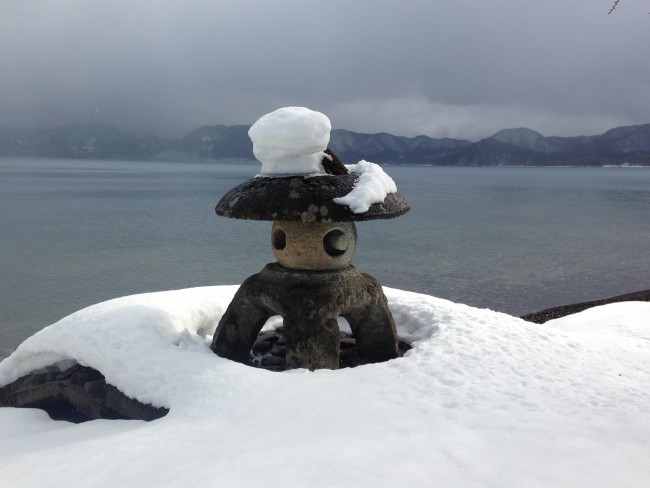 On the Northern edge of the lake you can find the Goza no Ishi shrine, which has become the most picturesque spot on the lake. The red torii gate facing the open water from the beach is striking, and definitely worth a visit. It is said that feudal lords came to the shrine to rest, and imbibe in the surrounding beauty. Which is where the name Goza no Ishi came from, “stone throne.” 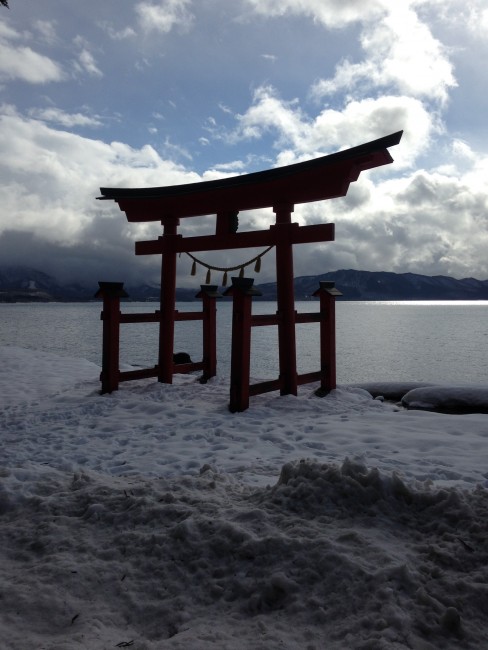 Boats are permitted on the water, and you will often see people fishing, or wake boarding in the summer time. During the height of summer, the beach is filled with children and families taking a respite from the heat to play in the cool, calm water. 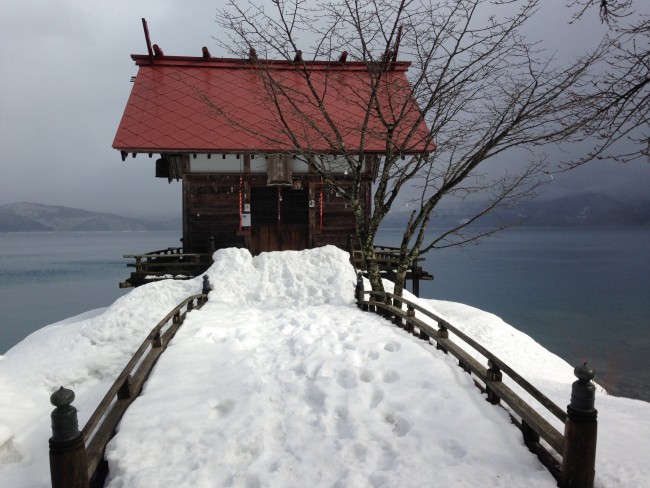 Nearby you can find many hot springs (onsens) and pensions, for both summer and winter season. The lake is a forty-minute drive from Tazawako Ski Resort, which features a lovely view of the lake from the summit. There are also many hikes in the area, for the more adventurous traveler or don’t fancy water and the beach. 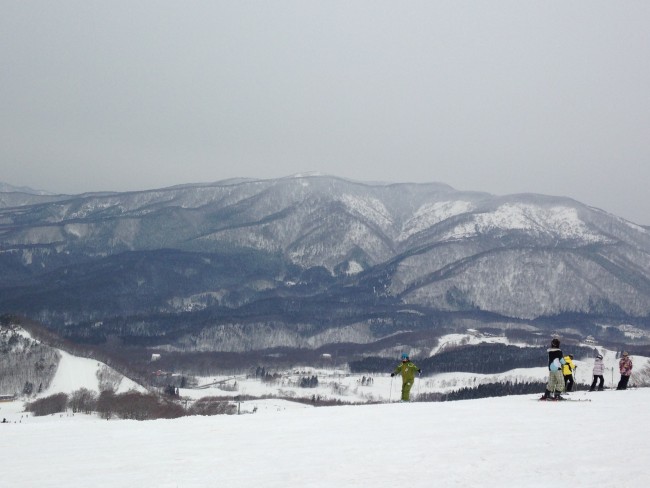