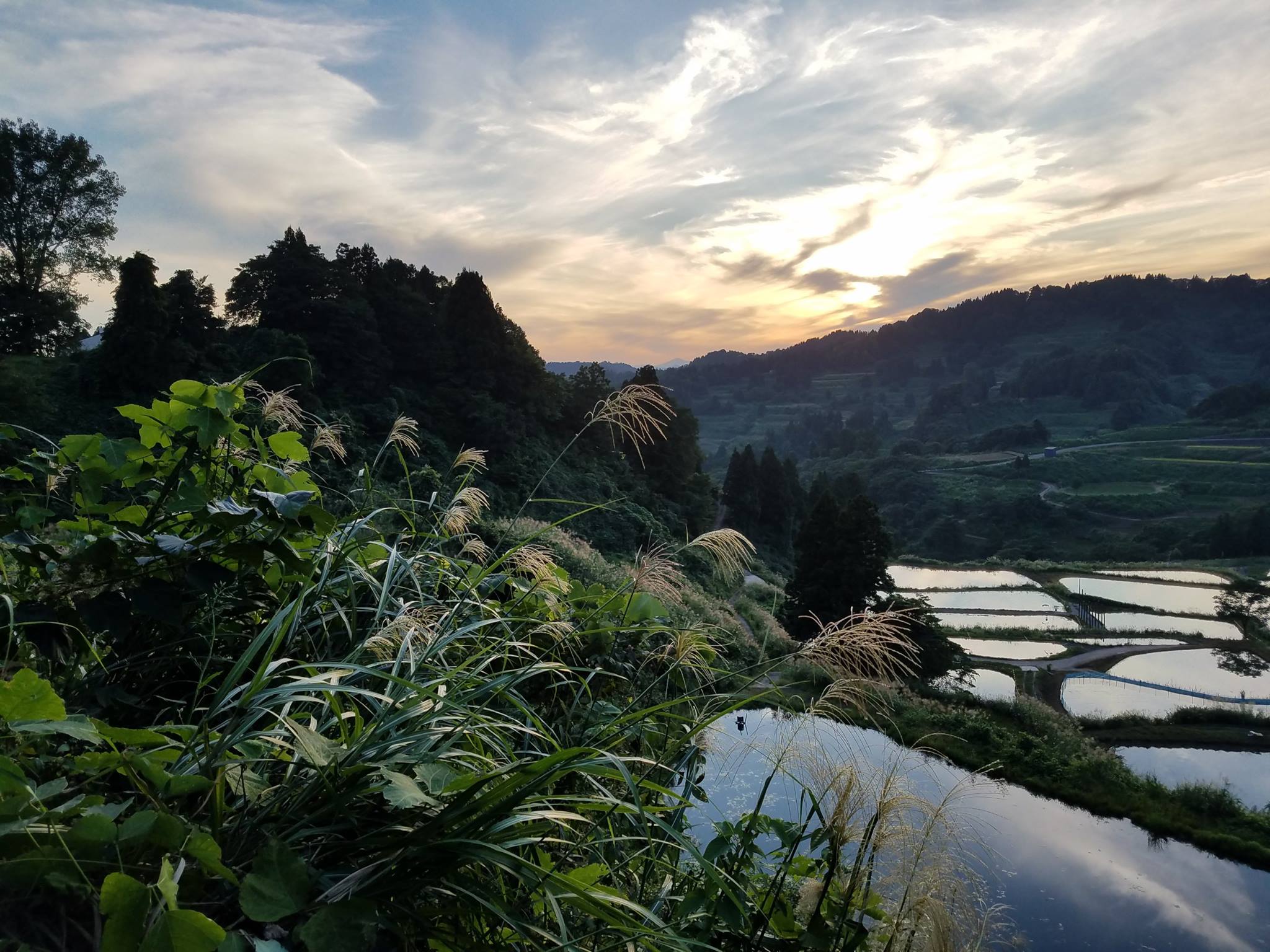 Yamakoshi Village: Vivid Culture and Rural Respite in the Heart of Niigata Prefecture

When you first experience the scenery from the narrow roads that weave through Yamakoshi Village, it’s enough to make you feel as though you have stumbled into one of Hokusai’s woodblock prints. Winding hills of lush foliage overlook tiered rice paddies and koi ponds, while mist hangs low among distant mountains – all of this happens in almost complete serenity, aside from the few farmers who tend to the fields. Located in central Niigata prefecture, Yamakoshi is a sight to behold – a portrait of a past Japan that even those familiar with the country may have thought impossible to encounter in the present day. 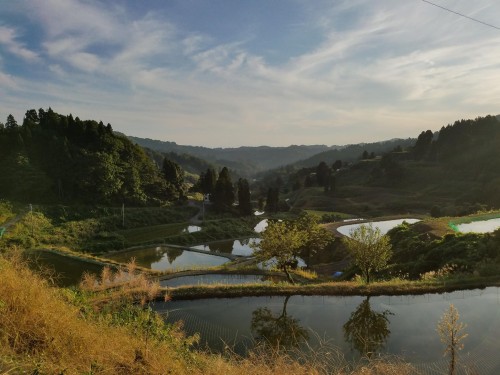 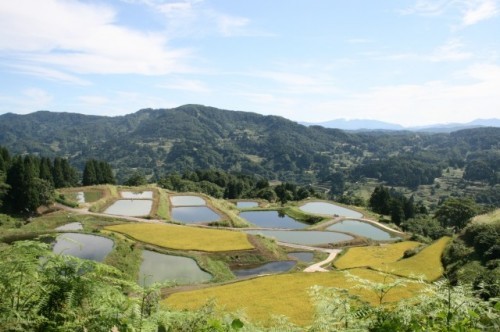 The weather was thankfully idyllic when we explored the village. The koi ponds reflected the sky, adding a layer of celestial beauty to the surroundings that were already steeped in sort of an ethereal ambiance. Yamakoshi has also been known to get four feet of snow, painting a similarly serene (albeit less traversable) picture in the winter. 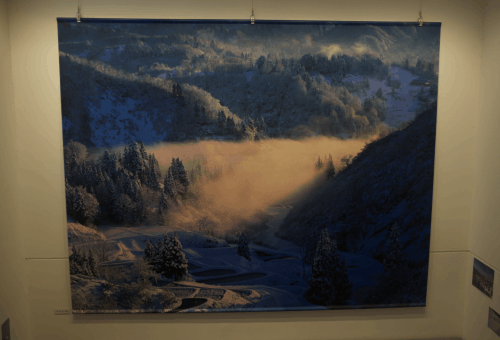 It is not just the scenery that makes Yamakoshi remarkable, but the people. In 2004, Yamakoshi was struck by a series of earthquakes, reaching the maximum of seven degrees of the Japanese seismic scale. The catastrophe took the lives of over 60 residents, and prompted landslides and flooding that would destroy roads, severing access and crippling agricultural production within the village. Through the dedicated work of its residents, much of the town was rebuilt in the span of just a few short years, and the cultivation of Nishiki-koi, as well as other local industries, was able to continue. Part of what this entailed was a large-scale helicopter evacuation –  initially for the people, and eventually for the fish. 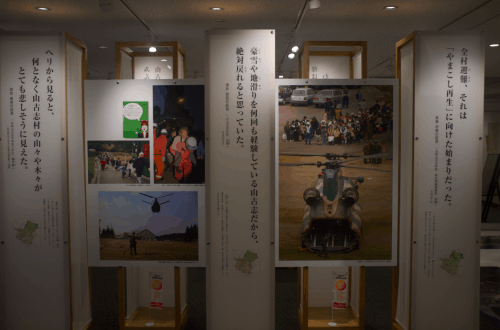 Orataru – a community hub, features a museum to commemorate the tragedy, and moreover, to acknowledge the town’s perseverance, and its revitalization efforts. A photo exhibition documents the earthquakes, and the subsequent restoration efforts, alongside an audio-visual exhibit. Currently, these exhibits are only available in Japanese, however English-language pamphlets are available, and an English version of the audio-visual exhibit is slated to be available by Spring of 2018. 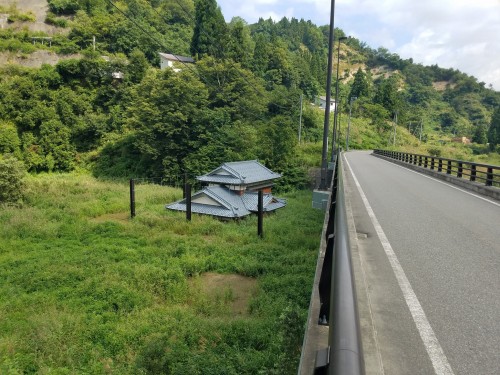 While the village is picturesque as ever, there some visible reminders of the earthquake, that have been left as monuments. Satomian – a roadside stand selling local foods, crafts, and produce, overlooks a valley of houses that were partially submerged during the landslides. In spite of this, the people of Yamakoshi prefer the village be known not for the tragedy, nor even necessary for its rebound, but rather of the rich history and culture that its people have sustained throughout time. 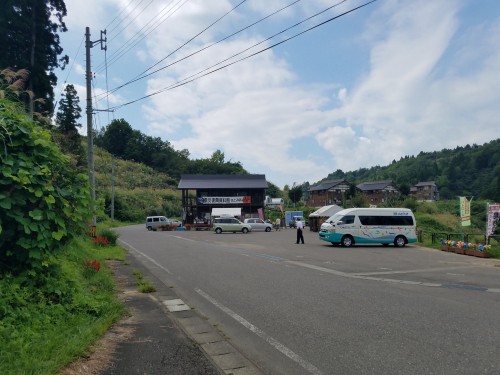 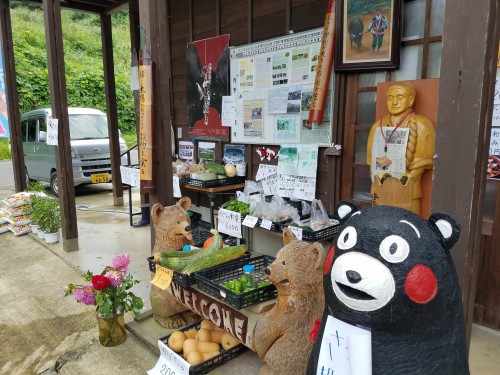 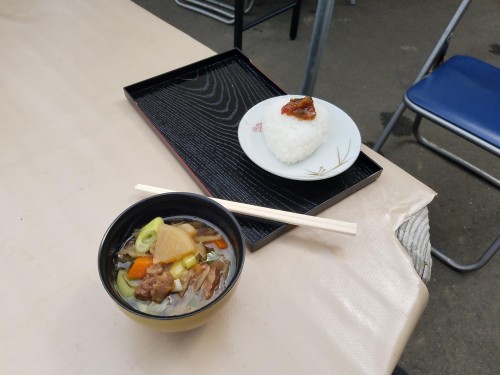 While I was informed by my guides that approximately 50% of Yamakoshi’s residents are over 65+, it is hard to imagine this by strolling the village. There are several young people who can be spotted working the fields and touring the town, who are similarly passionate about preserving their town’s heritage. Moreover, there is a youthful buzz of young families who come to visit Yamakoshi from elsewhere in Japan. 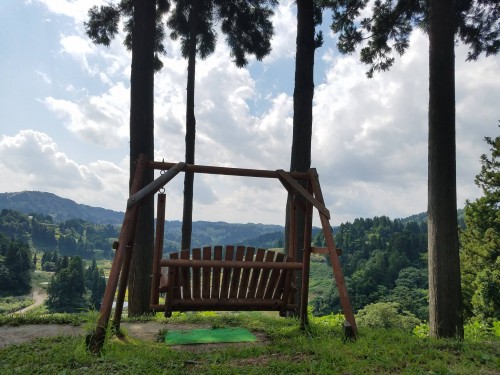 Regardless of age, Yamakoshi’s villagers are all similarly young of heart, and remarkably welcoming. In the short span I stayed, I was met with overwhelming kindness and hospitality. Kappo-ryokan Marushin, the minshuku (Japanese bed and breakfast) where I stayed welcomed me with warm conversation and perhaps the best dinner of my life. I awoke the next morning to perhaps the best breakfast of my life – both of which were leisurely eaten as the innkeeper conversed with me and the other guests. The woman spoke with a sense of humor and down-to-earthiness, while she simultaneously preparing bentos to be sent to people throughout the town, in exchange for produce and small tasks. Although Nishiki-koi is perhaps Yamakoshi’s greatest claim to fame, there are several other specialties of the village that are worth boasting. Yamakoshi is very much an agricultural town, although it does not have the population to produce food on a large-scale commercial basis. The result is that much of the produce stays in the community, meaning Yamakoshi’s cuisine is mainly locally grown and exceedingly fresh. 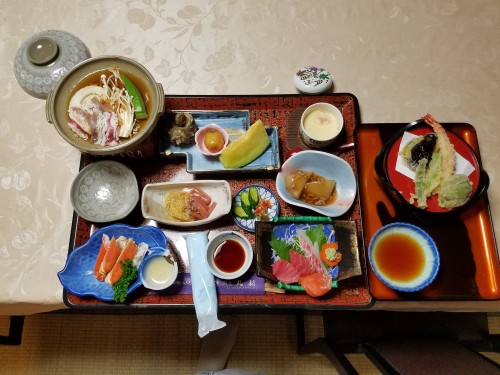 Beyond its scenery, Yamakoshi is remarkable as a close-knit and resilient community, bonded by tradition and tragedy. Despite this, Yamakoshi boasts a forward-facing attitude, and welcomes visitors with a remarkably genuine kindness, inviting them to appreciate its culture in turn. Just one afternoon among the town is enough to leave one feeling refreshed from by its respite from the toils of urban living, and recollection of times past. 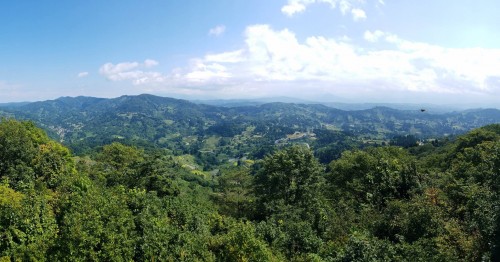 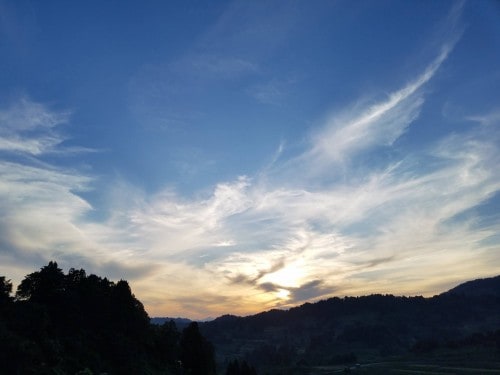 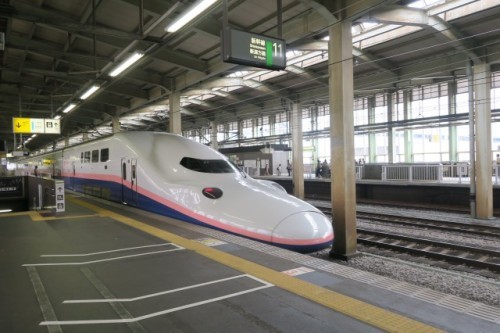 Yamakoshi village can be accessed from JR Nagaoka Station, by boarding the Echigo Kotsuu Bus bound for Muramatsu Kaitenjou (at the time of writing, boarding from Bus Platform 7 outside the East Exit). Fare is 330yen, and can be paid either pre-boarding at the station, or else onboard (so long as you come prepared with denominations of 1000 yen or less in order to use the change-making machines). From Muramatsu Kaitenjou, passengers will connect to Clover Bus, bound Yamakoshi Village (Orataru), the fare for which is an additional 200yen (100yen for children). 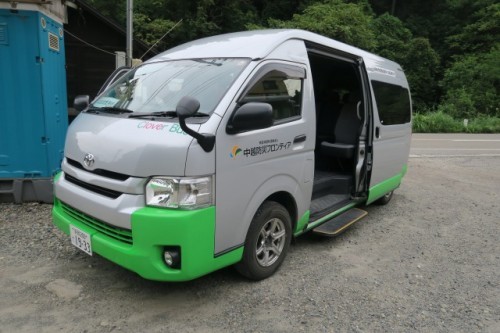 Clover does not operate on public holidays or Sundays. Passengers should be advised that this is a “microbus” – also referred to as a van, Muramatsu Kaitenjound furthermore, that Muramatsu Kaitenjou is essentially a gravel parking lot amid a forest. While these instructions may sound dubious, all stops and vehicles are clearly marked, and the destination is well worth the adventure. 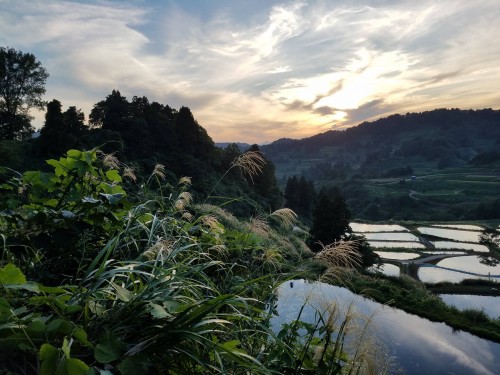 Reservations for Kappo-ryokan Marushin are only available by phone in Japanese, however if you require assistance
with your booking, don’t hesitate to contact us at: info@igloojapan.com