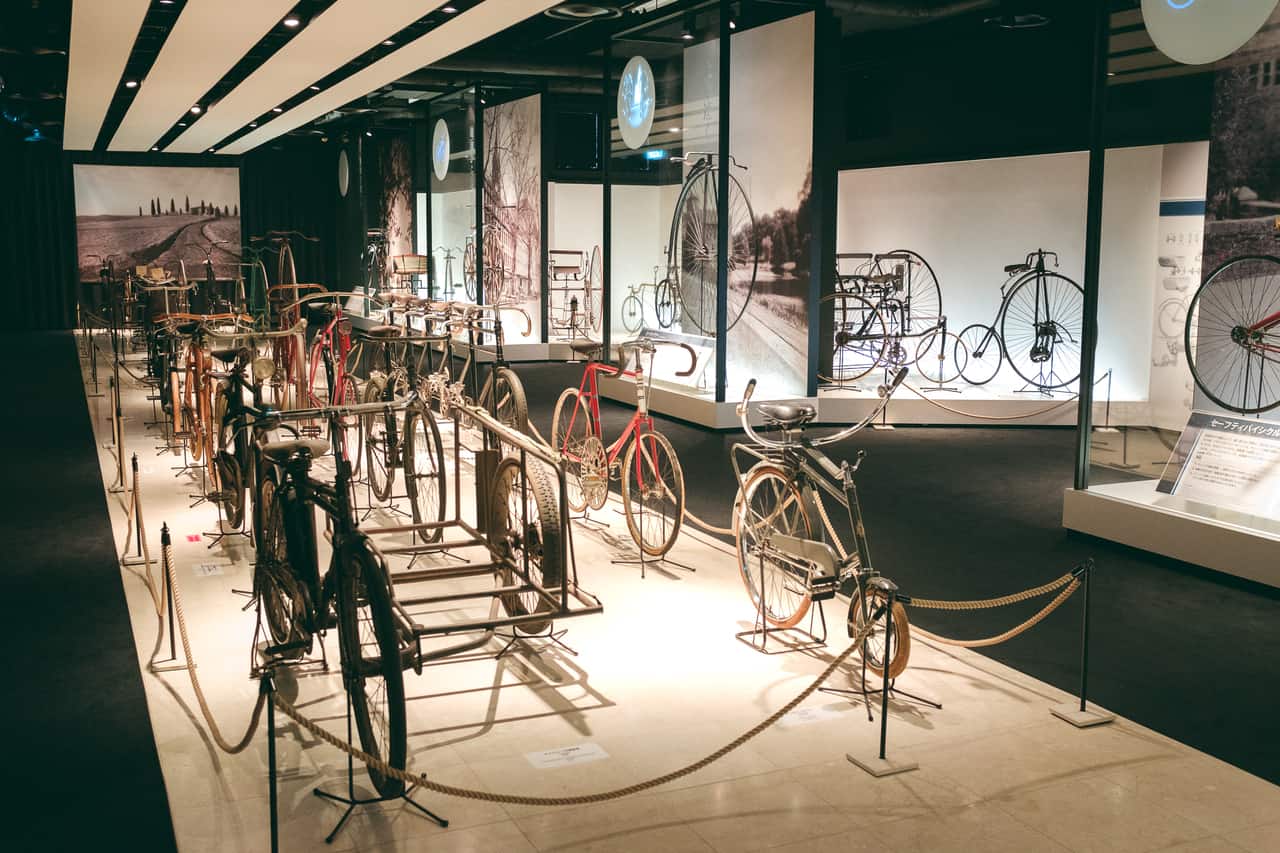 Anyone who has ridden a bike is undoubtedly familiar with Shimano, the world leader in bicycle components. The headquarters for Shimano are in Sakai City, Osaka, the hometown of the company’s founder, Shozaburo Shimano. Shimano’s influence on Sakai is obvious, with a cheap and easy-to-use bike rental system and a wonderful bicycle museum. 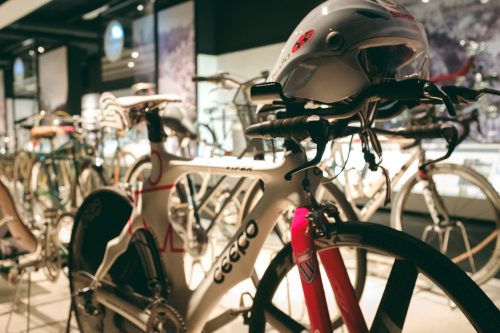 In 1921, Shozaburo Shimano started his cycling parts business in Sakai City, Osaka. Producing gears, derailleurs and other components, the company had a modest start. But the company continued its steady ascent, and 50 years later Shimano was respected enough to have its components chosen by professional cyclists.

Today, three-quarters of professional cyclists use parts made by Shimano on their bicycles. The company has established itself as a world leader and has diversified into other markets, also becoming a leader in the market of fishing rods. 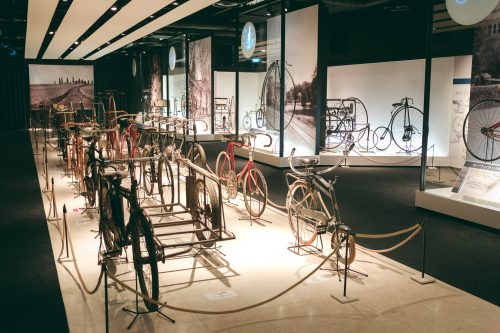 To pay tribute to this global expertise from Osaka, there is a museum dedicated to bicycles in Sakai. Have you ever wondered when the bike was invented and what the first bikes looked like? The answers are in this museum, and we discovered some surprises! 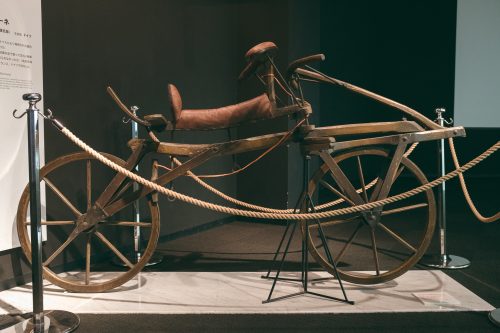 If you do not speak Japanese, a video that traces the history of the bike from its creation to the present day is available in English. The very first bike, which was invented in Germany, had no pedals. This “running machine” was made completely out of wood and was propelled by running while sitting on it. Although far from being as practical as the bikes we know today, it was a great step forward in 1817 and paved the way for innovations leading to our modern bicycles. 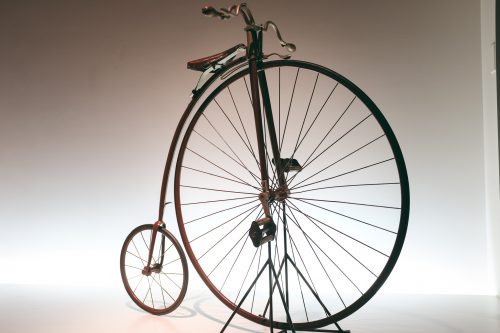 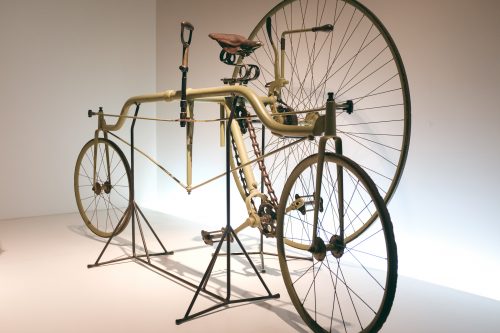 It’s quite different to see these historical bicycles in person as opposed to in print or movies. The Sakai Bicycle Museum has a large collection of fascinating historical pieces to see up close. The Grand-bi, a bike with an oversized front wheel that was designed to make the bicycle go farther in one revolution, is particularly interesting to look at closely. But it is far from being the most curious invention. We quickly realize that the inventors were very creative when they tried to improve the concept of cycling. 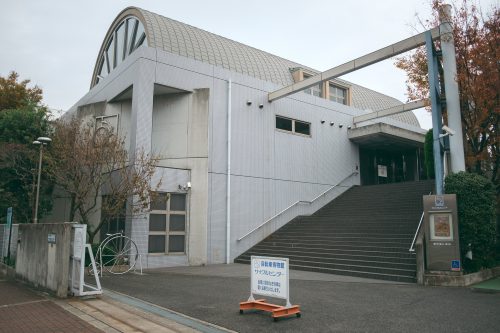 Rent a bike in Sakai

Cycling has an important place in the history of the Sakai City so it is not surprising that you can easily rent bicycles to explore the kofun, the lock-shaped tombs found only in the area, or other sights around the city of Sakai. 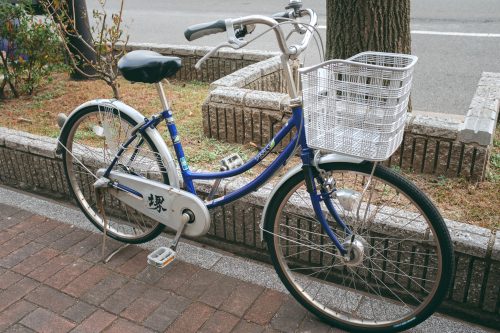 The rental system is particularly practical and economical. In recent years, France has seen the V-lib bicycle sharing system extend into most cities, but this concept has not become established in Japan. Probably because in Japan cycling is such a ubiquitous means of transport that the majority of Japanese have their own bike. Yet in Sakai, we find a system that is quite close to this concept. 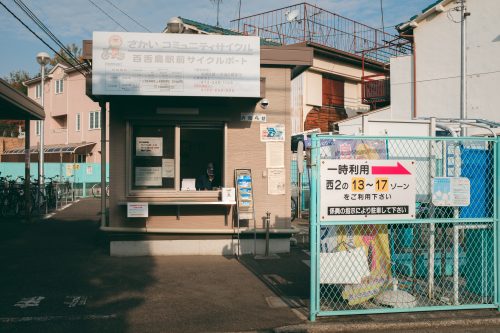 Start by taking a few minutes to make a card that will allow you to borrow a bike in one of the many stations that dot the city. If you want to visit the city by bike, the easiest way is to take a bike to Sakai Station or Mozu Station, which both have bicycle rentals. In either of these two stations, you will be able to find a staff member who will help you create a card. Most other stations are self-service and operate with this card. 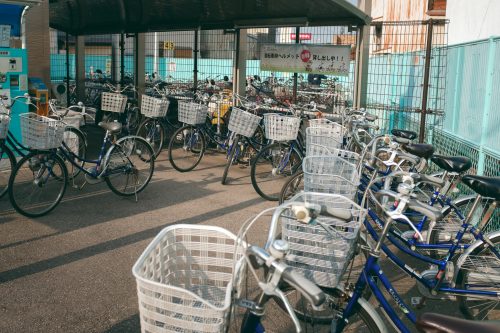 Now all you need to do is choose a bike according to your size, release the security mechanism by swiping your card, and you are free to ride the streets of Sakai on your bike! It only costs 300 yen for the day and you can ride a bike to any of Sakai’s attractions. When creating your card, you will receive a map of the city where all the rental stations are located. This is the most convenient and cheapest bike rental system I have come across in Japan! 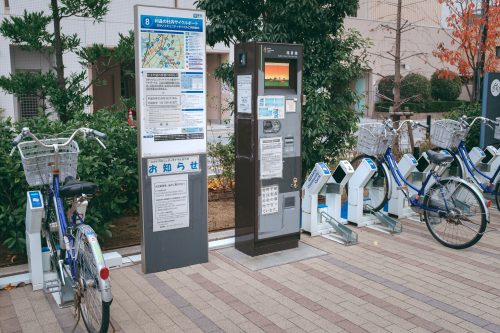