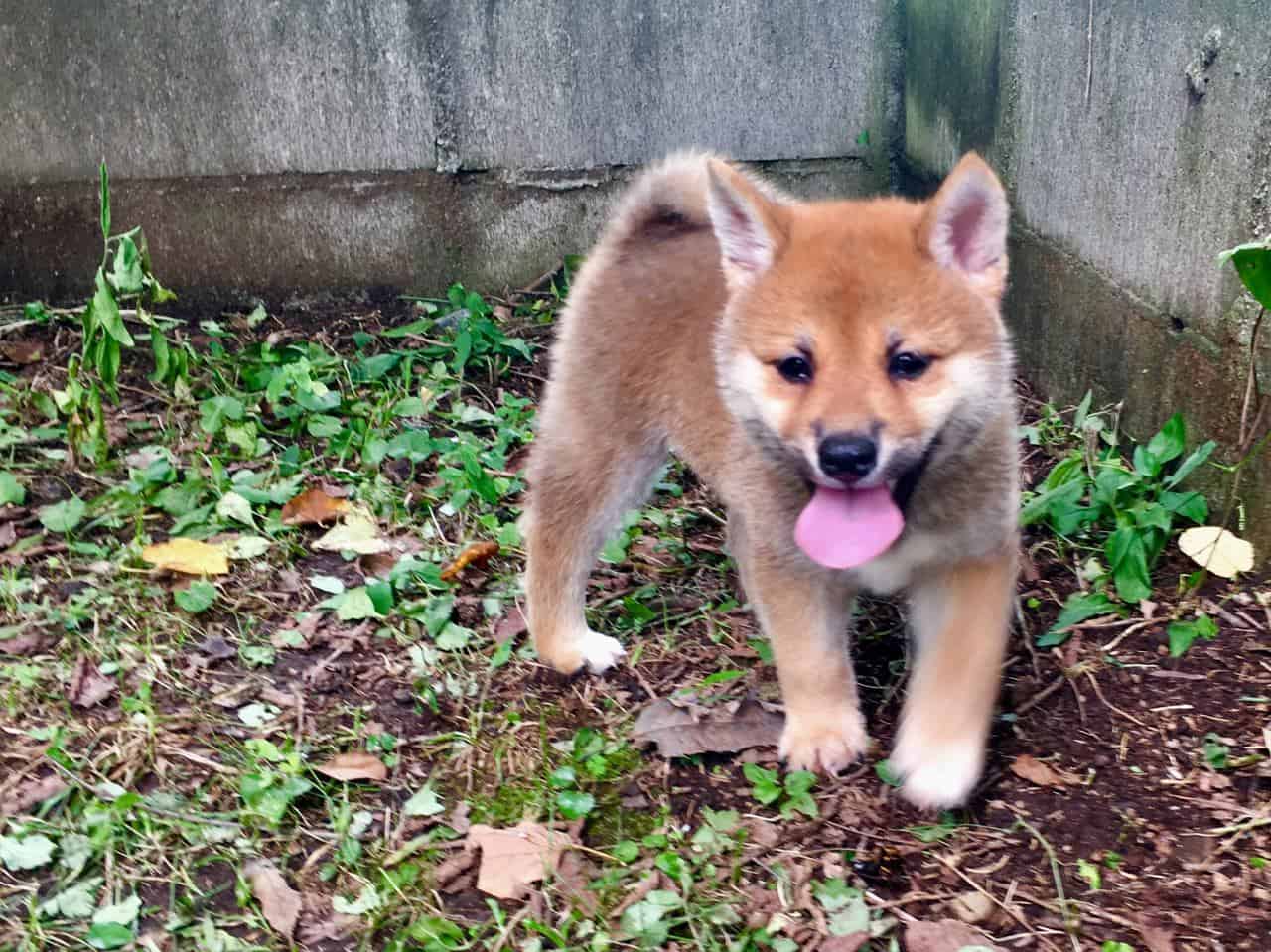 The Japanese have a love for small, cute dogs and you will see them strolling elegantly in streets and parks across the country. Mr Miyazaki has been breeding Shiba Inu, recognised as one of Japan’s national treasures, for over 18 years and he has gained an excellent reputation, winning several awards. Many of his animals have been exported to other countries and sold to wealthy customers in Sweden, Australia and the United States.

Turning a Passion into a Business

Mr Miyazaki decided to breed Shiba Inus on the island of Kyushu after quitting his office job. He always had a passion for dogs and was the proud owner of a Shiba Inu dog himself, which he began entering into local shows. He soon realized that, in order to show animals that had good temperaments and looked cute, it was necessary to cross breed and take good care of them, which is what he did. The breeding business was a success and the number of dogs increased steadily year after year. He even had to move from the town of Mashiki, near the airport, to the hills of Minamiaso when he needed more space.

The center now has around 100 dogs at any one time which includes 4 different colors of Shiba Inu and a large white Akita. It’s a welcoming place and anyone with a passion for animals can come and enjoy playing with these cute, fluffy creatures.

Located in the Heart of the Caldera

It is located a short drive from route 28, one of the main roads through the Aso Caldera. Nearby Kumamoto-Aso Airport is the main gateway for people coming to the 2019 Rugby World Cup as Kumamoto is one of the host venues and it makes a perfect afternoon excursion. The car’s navigation system brought us to the tiny hamlet of Kain, with its traditional wooden houses and small farms. We hadn’t seen a sign for the Shiba Inu dog breeder and had driven past the same building three times, so we were feeling slightly lost. Luckily, we met an elderly Japanese woman walking on the roadside who understood what we were looking for. Walking in front of our car, she led us down a narrow track until the faint sound of barking emerged from the trees. She watched from a distance to make sure we were at the right place before disappearing back up the track and shouting back ‘thank you’ in English. It was one of those moments of kindness that really make you fall in love with a place like Kumamoto.

Mr Miyazaki and his son greeted us warmly and were happy to show us around. But first we had to walk through disinfectant trays to prevent the dogs coming into contact with any harmful germs.

The entrance, which is part of Mr Miyazaki’s home, features a room adorned with trophies and  photographs of dogs. He spoke fondly of each one in Japanese and you could tell that it was more than a business; it was his passion.

Though his English was limited, he was warm and patient which allowed us to communicate. Every detail was recorded and a colour-coded chart on the wall indicated when dogs had had litters of puppies. They had recently had a spate of births which kept them very busy, Mr Miyazaki told us with a beaming smile.

Nagisa, a young woman from nearby Nagasaki was visiting with her two friends and spoke excellent English. They had heard about the breeder and found Mr Miyazaki’s website. She kindly offered to act as our translator which made our conversations easier and allowed me to find out more. When I asked if she was considering buying a dog herself, she laughed and shook her head.

Many of the visitors are dog lovers and simply want to indulge in spending time with these cute animals. Mr Miyazaki says the most important thing is to raise awareness of their beauty and be able to continue the work he does. They are loyal animals and make excellent companions but he would rather people get to know them first by visiting the center.

The first kennel contained two-story pens with individual dogs and we were able to see the different colors of Shiba Inu dogs (brown, black, grey and white) as well as a large white Akita.

We were then taken into a separate viewing area where we could see the puppies. The area was separated by glass to allow the puppies, and their preoccupied mothers, some privacy. Mr Miyazaki explained that one litter of puppies was just a few days old and we could see that they barely had their eyes open. A healthy Shiba Inu dog normally has 3 or 4 puppies in each litter.

A visit to the center costs 200 Yen per person which includes a guided tour and viewing the dogs. Even though the dogs are recognized as national treasures in Japan and unique to the country, breeders do not receive any funding from the government, so they rely on visitors to fund the upkeep of the dogs.

For an additional 1000 Yen you can either take a dog for a 2km walk or play with two puppies in a pen. Looking towards the greying sky, Mr Miyazaki explained that the dog walking was subject to weather conditions and then selected two puppies for us to play with. The puppies were 6 weeks old and from the same litter.

Mr Miyazaki provided two white ropes for the dogs to tug and play with and we spent around 45 minutes playing with them in large, outdoor pens. Mr Miyazaki, allowing us to spend time alone with the animals, encouraged us to take photographs throughout.

They were so inquisitive and playful and it was a unique experience that I will always remember. It was fun to watch the dogs play together and we could tell that they were very sociable animals. As I buried my nose in the dog’s fur, it smelled clean and extremely well cared for.

Before leaving the center, we were encouraged to wash our hands which further demonstrates how keen Mr Miyazaki is to keep the center clean and hygienic.

We spent about 2 hours in the company of Mr Miyazaki and 100 of his four-legged friends and it was one of the highlights of our trip to the Aso area. The compound is secluded and the perfect place to breed dogs as the environment is quiet and relaxing for the animals. It’s great to see a business that has developed out of a passion and desire to promote one of Japan’s cutest national treasures.

More information can be found on the Minamiaso-mura Association of Tourism website.

In 2019, Kumamoto takes to the world stage when it hosts the 24th Women’s World Handball Championships from November 30th to December 15th where 24 countries will play 96 matches at 5 venues across the prefecture. It is also one of the host venues of the Rugby World Cup and two international matches will be played at EGAO Kenko Stadium. Fukuoka, Kyushu’s main city, is just 40 minutes from Kumamoto by bullet train and about an hour and a half by car on the Kyushu Expressway. Both Fukuoka and Kumamoto have airports with flights across Japan as well as some international destinations. We used a rental car to tour the area which gives you the freedom to go where you please and explore in more detail. During the journey, we enjoyed stopping off to take photographs and the roads are generally quieter than other places in Japan so it a very pleasant experience.

Access to Shiba Inu no Sato Takayusou from other areas