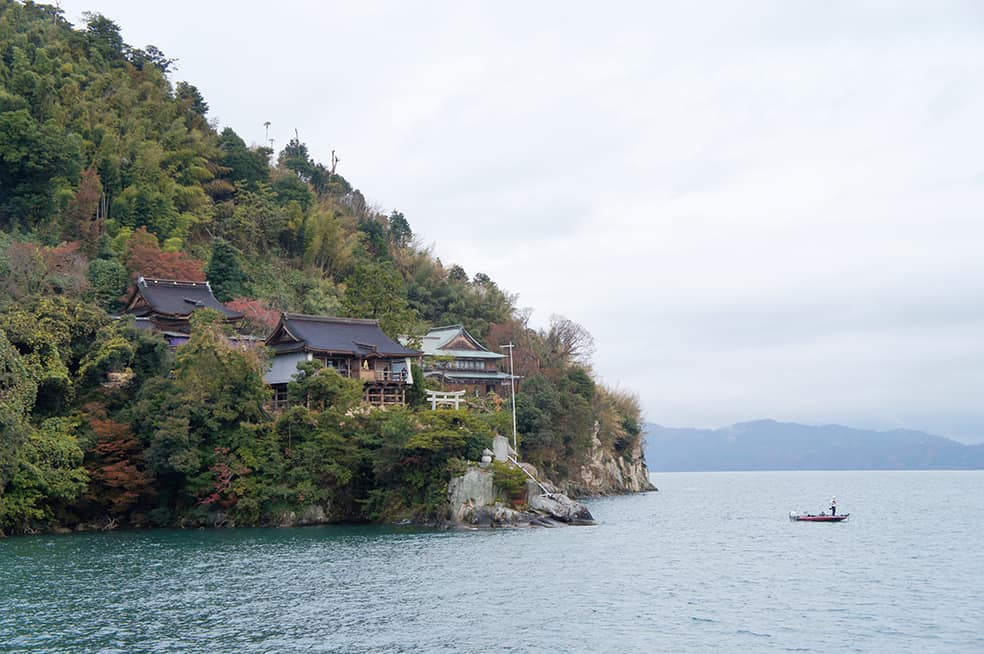 Lake Biwa in Shiga Prefecture is the largest lake in Japan with an area of 670 km². On this lake is a small island accessible in about thirty minutes by boat from Hikone Port, the island is called Chikubu Island. It is not inhabited but it houses the Hogon-ji Temple and Tsukubu Suma-jinja Shrine, whose main building is classified as a National Treasure. The island is a place of very high spiritual value, and is the 30th stage of the Saigoku pilgrimage dedicated to the goddess Kannon.

Take a Boat on Lake Biwa to Reach Chikubu

Chikubu Island can be reached by boat from Hikone Port. The color of the boat, dark red, refers to the akazonae, the lacquered red armor of the Ii clan, the samurai lords of the city, the boat also sports the coat of arms. 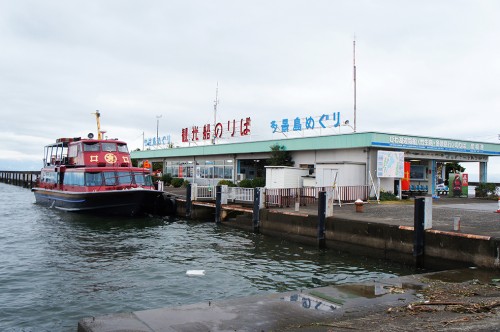 The boat cruise takes a little more than half an hour. Despite the unusual cold of late November, I stayed on deck because the landscape was simply amazing. The lake is so big I felt as if I were at sea. I could see Take Island (another destination for tour boats and a temple), You should not miss the view of the mountains that encircle the lake. 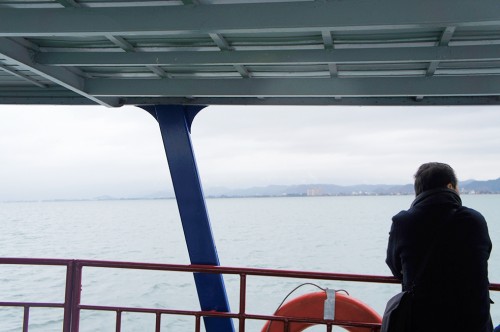 Reaching Chikubu Island is an unforgettable moment, it felt like visiting an island in the Seto Inland Sea. Though it is a tiny island, Chikubu is covered with dense vegetation, like a mountain floating on the calm waters of the lake. On a rock, there is a torii made by stone, marking the border between secular and sacred space. 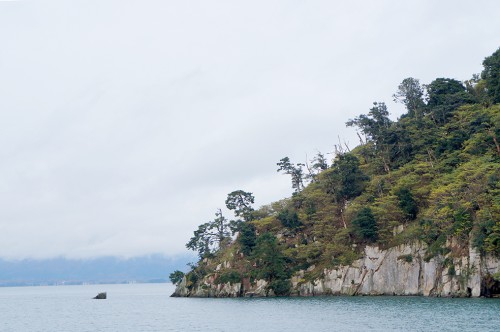 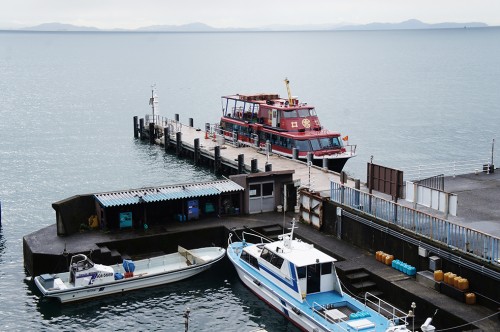 The spiritual history of Chikubu Island dates back more than 1300 years. Benzaiten, one of seven Buddhist deities of happiness, is said to have descended on the island. This is why Amaterasu (Shinto goddess of the Sun) asked the Emperor Shomu (who was also responsible for the construction of the great Buddha Nara), to build a temple. Chikubu Island is hence a place of important meditation for the faithful, illustrious for some as it is anonymous for many.

References to Buddhist and Shinto divinities mingle with the history of this island which today boasts a temple and shrine. This may seem complex and strange at first glance, but these beliefs experienced a complete syncretism in the sixth-century of Japan, when Buddhism came from China during the early Meiji Period (1868-1912), until that point Shinto alone had been established as the state religion.

The padoga I saw from the port. 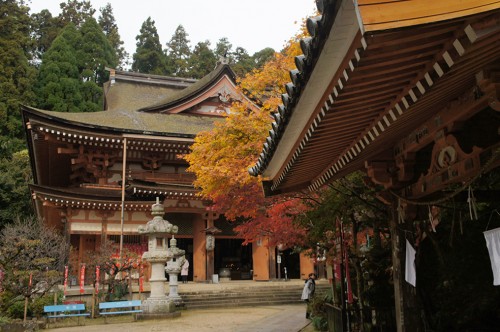 The main hall of Hogon-ji Temple, where holds the Benzaiten statue. 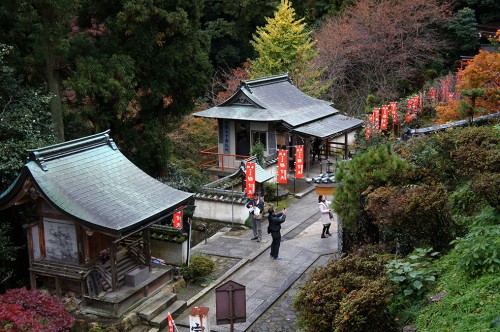 A view from Hogon-ji Temple. 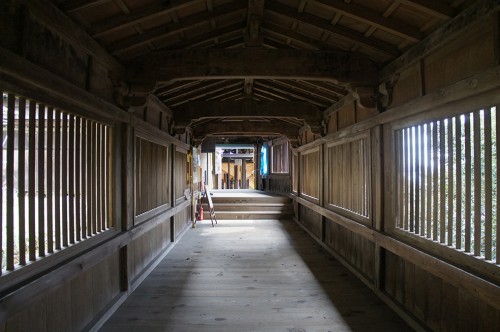 Funa Roka “corridor of boat”, directly connects Hogon-ji Temple to Tsukubu Suma Shrine which was made with the wood of Toyotomi Hideyoshi’s boat. 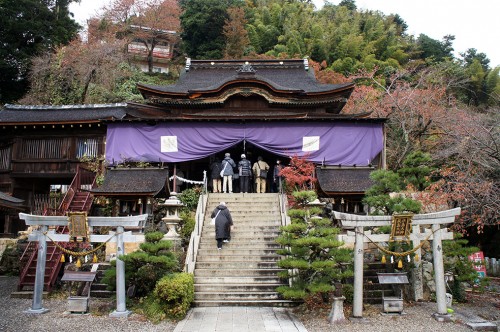 The main hall of Tsukubu Suma Shrine, registered as National Treasure in Japan.

While exploring the island, it is clear to see that this land is sacred. Most of the visitors are faithful and come here to pray. It is important to approach these places with all the respect that the tranquility and calm beauty of the island invokes. 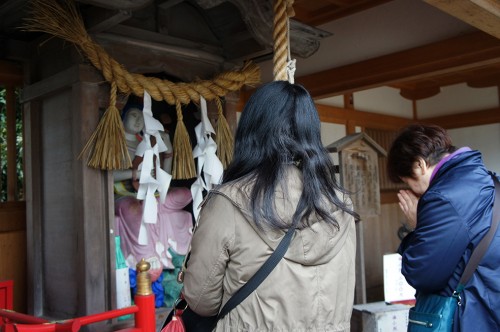 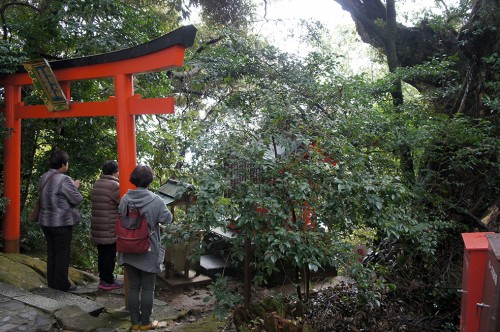 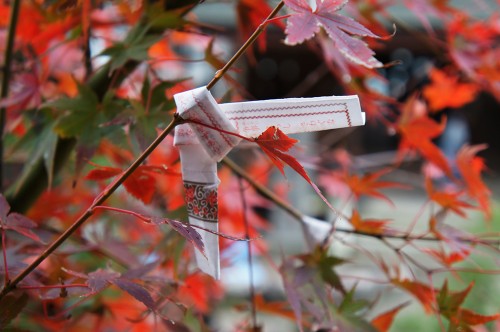 You can enjoy your visit to Chikubu Island to make a wish, or even two. Here both the temples and the shrines have kept their original way of conveying wishes to the deities.

At Hogon-ji Temple, you can see thousands of daruma like Benzaiten, Buddhist deity patron of musicians, dancers, and geisha. For ¥500, you can choose the one you like the most and write your wish on a piece of paper that you roll up and slip inside the figurine, before placing it next to the others so that it will pray for you for the next year. 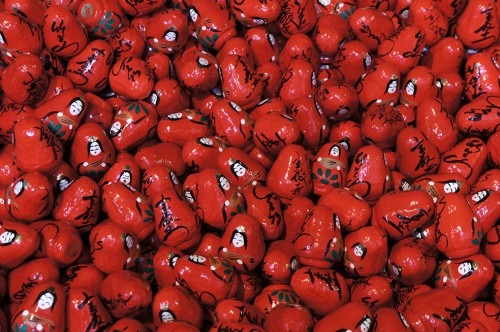 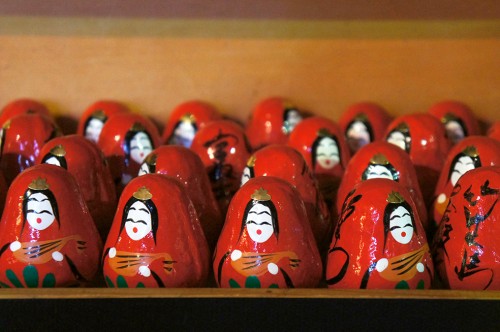 At the Tsukubu Suma Shrine, the ritual is Kawarake Nage. You have to buy two small cups (¥ 300), write your name on the first and your wish on the second, then throw them from the building so that they pass under the torii. As you can imagine, it is not very easy. 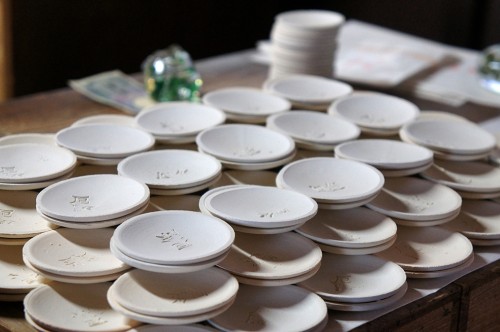 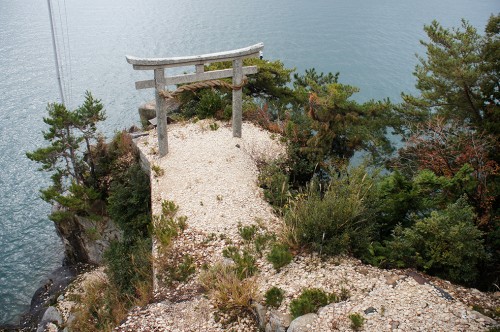 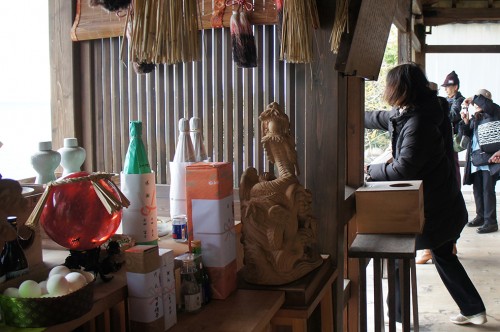 The island is small, yet it causes visitors to forget the time easily in the contemplation of the religious and natural wonders it holds. But when you hear the call from the port, you are reminded of the passage of time, and invited to embark for the return to the mainland. 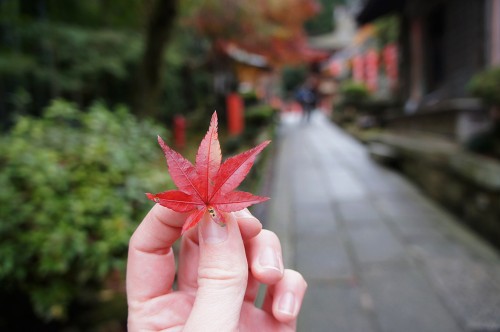 As the view of the island moves away, the buildings gradually melt into the vegetation before forming only a dark silhouette on the lake. It gives the feeling of having penetrated a secret and mysterious place, which has closed after departure. 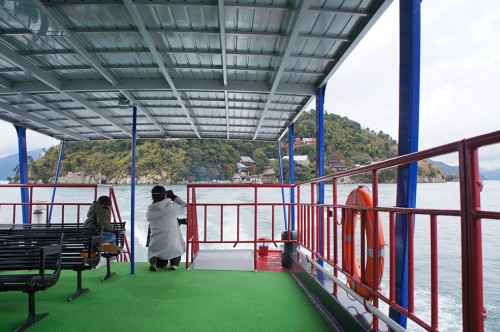 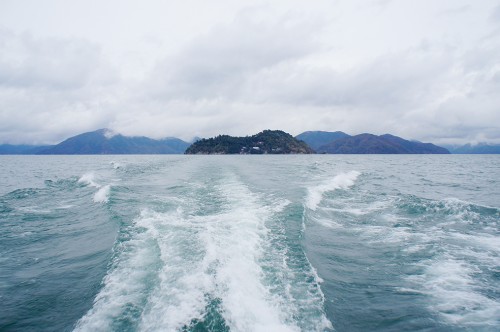 For more tourist information to plan a trip around Lake Biwa, visit the Shiga Tourism website. This website is about  Chikubu Island.

Take a boat from Hikone to Chikubu Island: the round trip takes 70 minutes, and gives about 1 hour 10 minutes to visit the island (¥ 3000 for round trip). For more information about fares and schedules, check out the Ohmi Railway Company website (in Japanese) or the pdf document in English.

Free shuttles connect the station to the port of Hikone (timetables on the company’s pdf document). Turn left at the exit of the station, the shuttle is at the end of the dock, at the stop number 6. 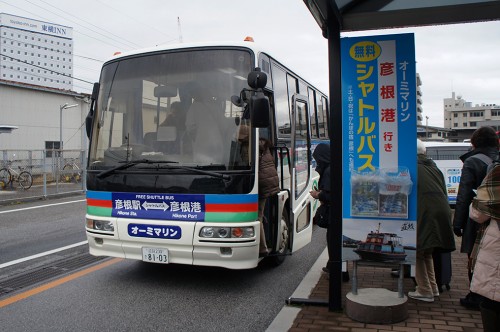 Hikone is also served by the lines of the company Ohmi Railway. The company’s 2-day Pass gives you access to the “Hikone Castle Town Circuit” bus which goes through all the tourist points of the city to the castle.