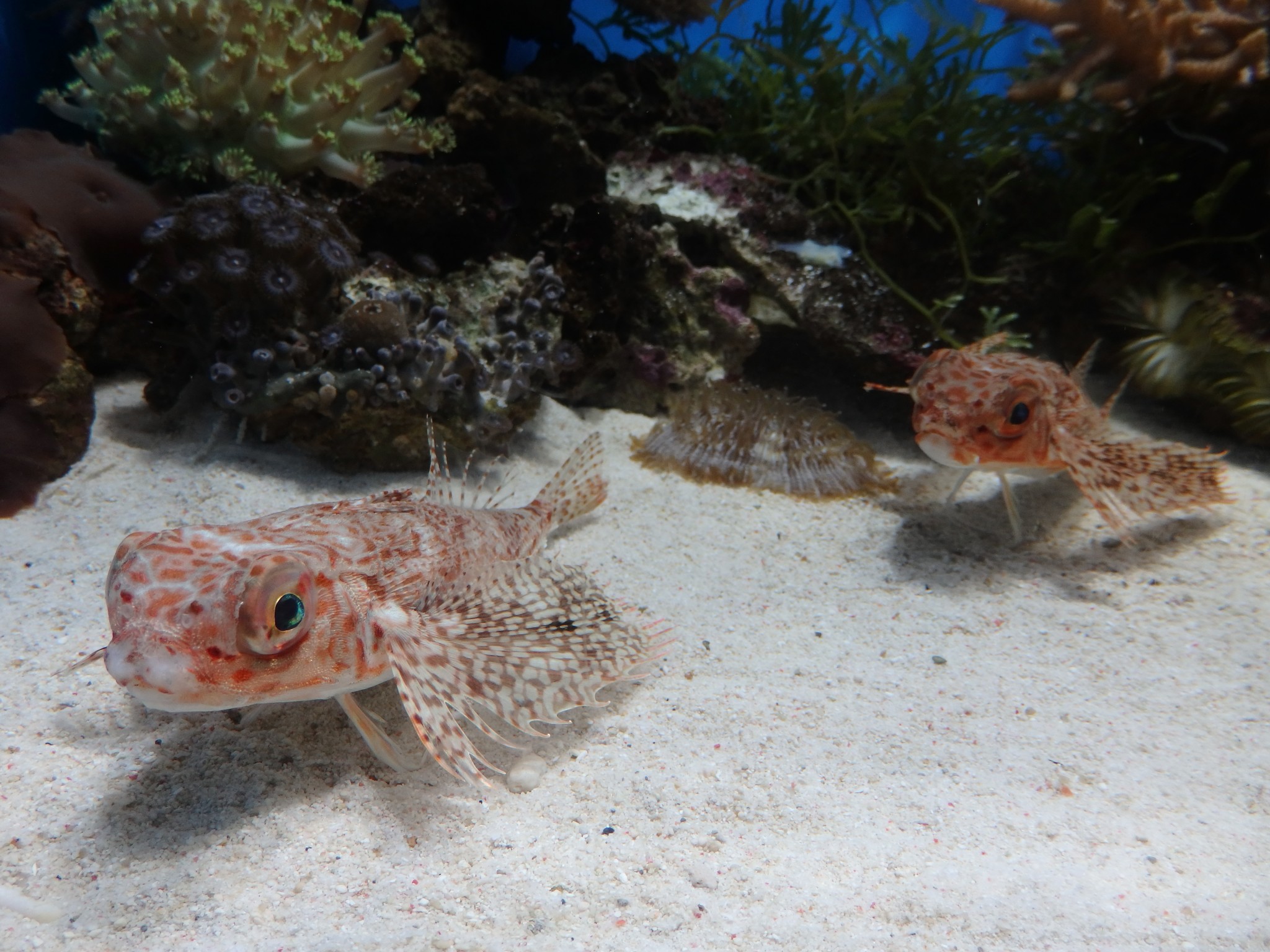 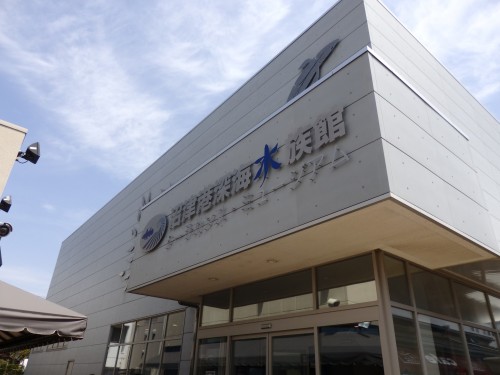 Monstrous spider crabs with leg spans of up to 3.8 meters. Sharks with long, spiked snouts that resemble chain saws. Are these creatures from your nightmares? Not quite! Because deep below the water’s surface live some of the strangest animals on the planet, of which only very little is known. Allowing you to come face-to-face with these bizarre creatures, is Numazu Deepblue Aquarium. This aquatic exhibition is the only aquarium in Japan dedicated solely to the mysterious critters that inhabit the deep sea. 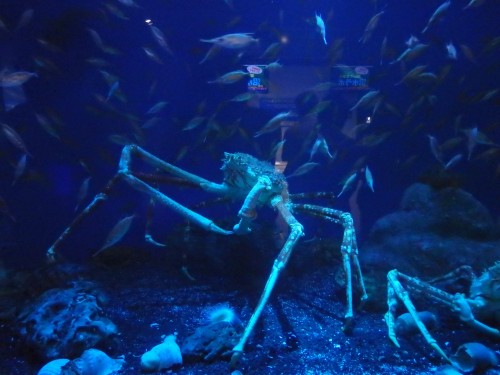 Where is the Numazu Aquarium?

The museum is fittingly located in Shizuoka prefecture, near both Mt. Fuji, Japan’s highest point, and Suruga Bay, its deepest point – and also where many of the specimen come from. Suruga Bay reaches depths of 2,500 meters, where both the temperatures and pressure are so extreme that only creatures specifically adapted to those habitats can live there. 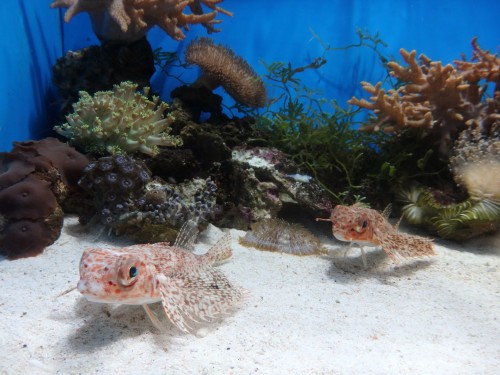 Visitors have the opportunity to truly immerse themselves, educationally speaking, into the deep sea. The aquarium houses an eclectic assortment of creatures, from the giant isopod, to the flashlight fish. As you may expect from the name, these captivating fish are able to emit light… From their cheeks! They appear to be blushing while they dance around in the beautiful light displays!

In addition to isopods and illuminating fish, visitors are also invited to hold the irresistibly cute flapjack octopus. Although, this is only after you’ve learnt about its curious biological traits during one of the museum’s special laboratory demonstrations! 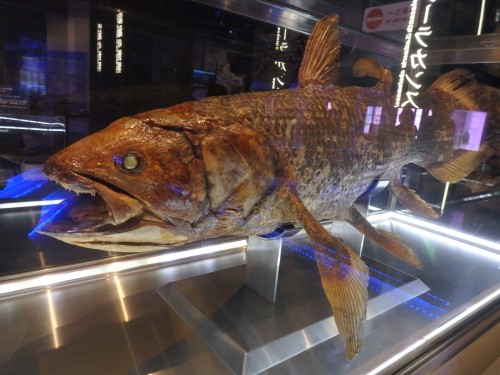 On the second floor of the museum is the Coelacanth Museum, where you can discover the prehistoric coelacanth. Interestingly, this species of fish was thought to have been extinct until its rediscovery on the coast of Africa in 1938. The coelacanth has inhabited the planet for 350 million years – long before even dinosaurs roamed the earth! Aptly known as the “living fossil”, this fish continues to baffle scientists today.

This museum is the only place on earth where you can see frozen coelacanth specimens! Furthermore, there are a total of five coelacanth specimens here: two frozen and three stuffed. So visitors can also hear special lectures about the anatomy and behavior of these elusive creatures, whilst observing samples of their organs and skins. 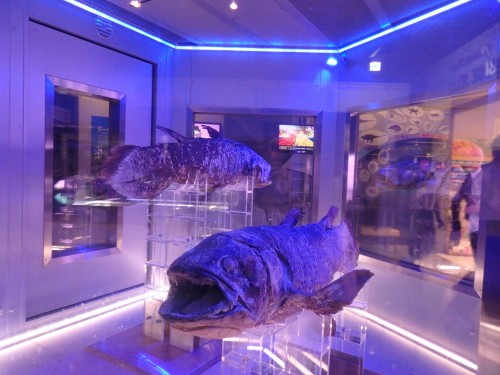 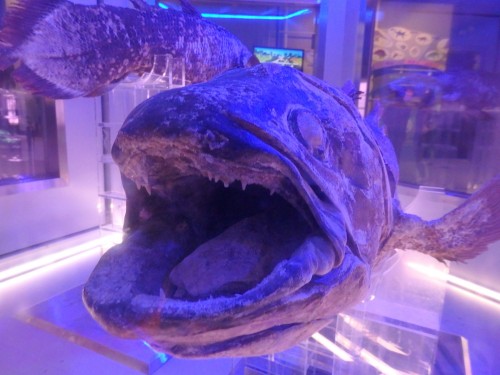 Finally, if you’d like a memento of your deep-sea-day, the museum also boasts a large gift store. Here you will find merchandise featuring many of the rare creatures that are on display.

You can find the Numazu Deepsea Aquarium and Coelacanth Museum nestled amongst fresh seafood restaurants on Numazu’s Port 83. After a visit, be sure to sample some of the many regional specialties such as shirasu (whitebait) over rice, or giant kakiage (tempura with vegetables and seafood). 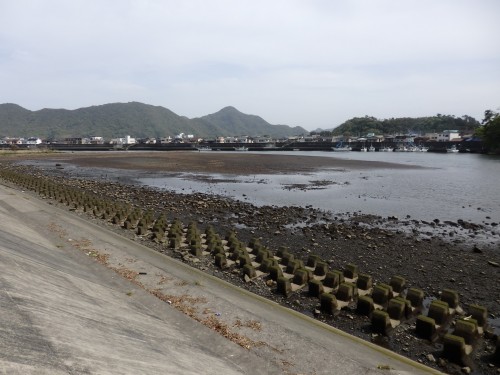