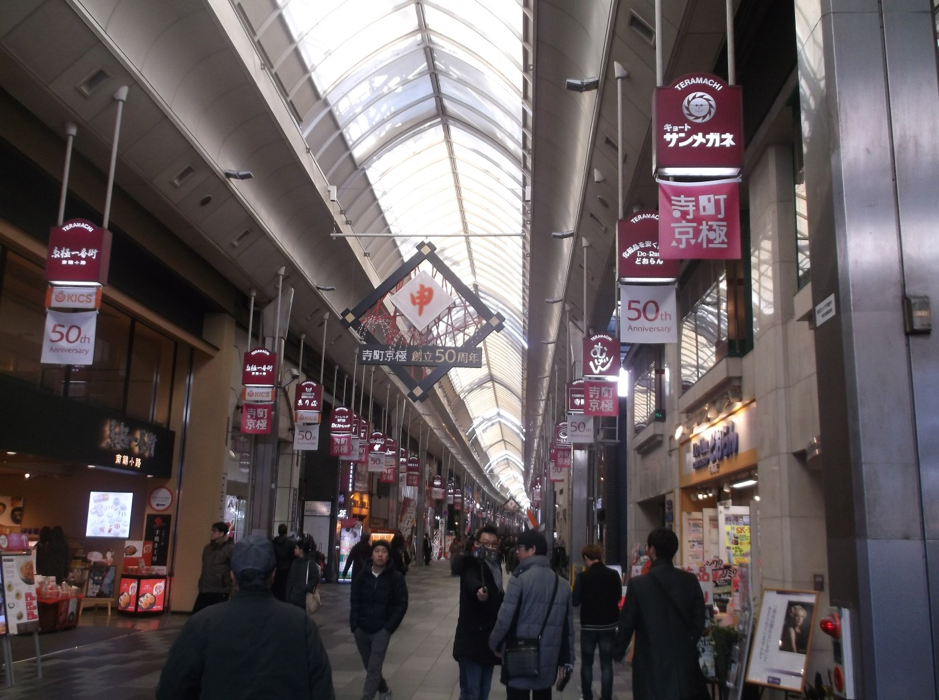 Shopping in Japan: Exploring the arcades

Japan’s cities, I have found, are a network of shops that interlace. One such example is the shopping arcade, found in most Japanese cities. These roofed market streets are almost perfect in design; shelter from the heat in summer, rain in the rainy season, and the cold in winter. They may range in size, or in what is on offer, but they are always interesting. You can generally judge the area’s state by its arcade. 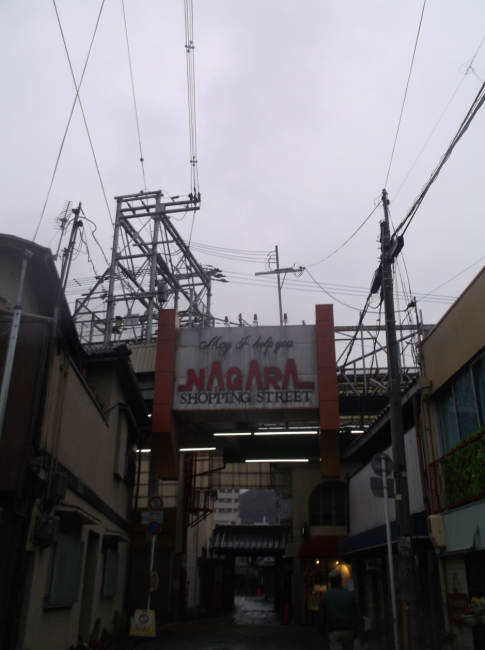 A long time ago, Otsu was the capital city of Japan, for just five years, before that title moved to Kyoto. Otsu is home to Biwako, Japan’s biggest lake. It was once a city of commerce, as items were shipped across Biwako and brought into Otsu. You would be forgiven for not knowing that however, as its stores are far apart, and the shopping arcade is lacking. But what has been born of that is a real community spirit; the fish mongers, the butchers, the recycle stores, the family-owned restaurants – it all adds up to a very cosy-feeling community.
It may not be quite the hustle-bustle of trade that it once was, but it lives on as the core of many peoples’ lives, and as a young foreigner it is really interesting to observe how it continues on. 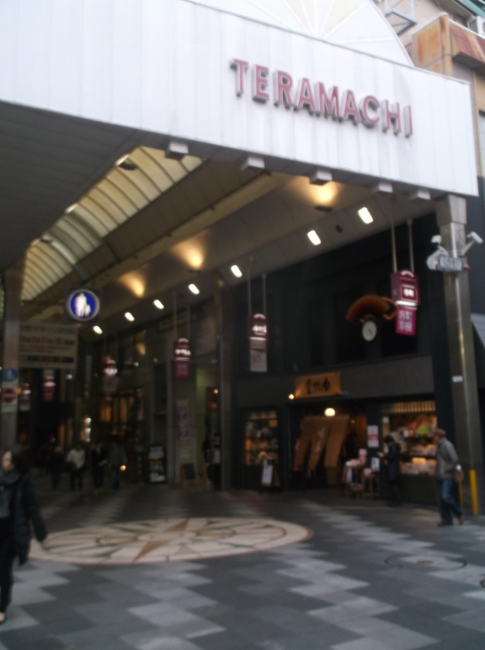 Conversely, if you are to visit, for example, Namba in Osaka, the arcade streets are awash with business, tourism and contemporary stores. It can be quite hard to move through, especially on a rainy day, as the long stretch is broken up by crossings in the road, where people open up their umbrellas and squeeze together over the sodden streets. Here you will find a mix of big brands such as Adidas, The Disney Store, and Zara, but you will of course still find some more unique stores. The location of the stores can seem rather random – one store will be lingerie, the next will be a 100 yen store or even a popcorn store. With all the hustle and bustle, it is best to keep moving, which can make entering a shop hard, especially when running on a system of keeping to the left. You will find that you do often need to just simply push through people, or else be pushed! 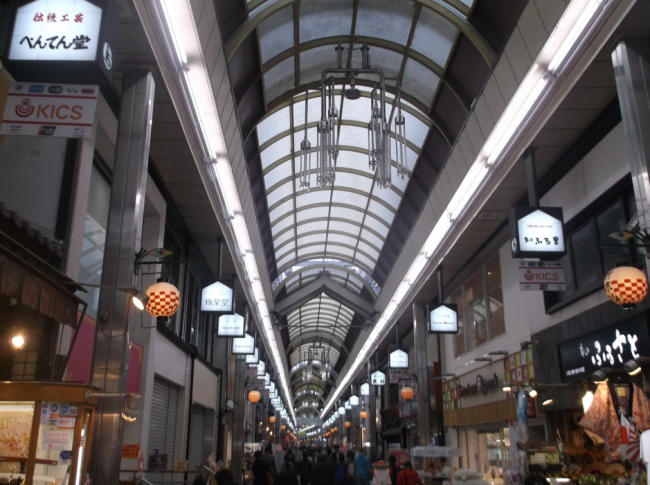 These shopping arcades are also home to game arcades, which are sometimes multiple storeys. Inside, you will be able to play rhythm games, dance games, fighting games, shooter games, UFO catchers, card games, and Puri Kura (aka Print Club). These print clubs are very popular for younger women, and as a man, I will never fully understand the attraction. They are photo booths that remove blemishes via automatic airbrush, make your skin pinker, widen your eyes, and make your lips pinker. It is a little bit sad to have so many young women adhere to this very western perception of beauty, but ultimately it is innocent fun that I think most travellers in their 20s will be attracted to try out regardless of gender. That being said, they often have a rule that states that one booth should not have more men than women. After the photos are taken, you can use a touch-pen to draw, add text, alter hair colour, and make some other minor adjustments before the photos get printed out as little stickers; a very unique souvenir. Unlike western games arcades, the staff will help you with the technique to win many of the games, instead of being there just to make sure that you are not cheating. Winning a prize is often greeted with a small fanfare in the way of cheers and a shake of a tambourine. 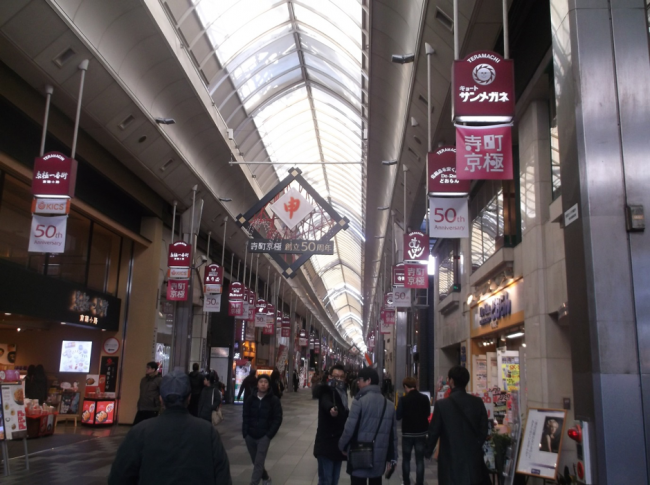 These shopping arcades are also often home to independent coffee shops, which are great for people-watching and relaxing as the rest of the shoppers continue on by. They will also often lead you from one major part of the city to the next, and make for a good landmark when asking for directions. 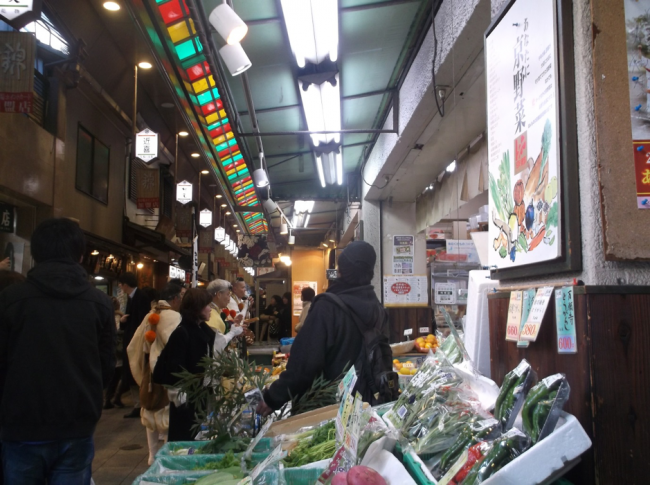 Sometimes they are also more food-orientated, such as Kyoto’s famous Nishiki market. This market is packed with traditional fish mongers, tsukemono stalls, and general produce. Sometimes there are free samples, but stopping to try some can be quite a bother, as the street really is narrow and very popular. On one occasion, I had the pleasure of being met by some monks making their way through the market chanting, and I guess blessing good fortune upon the stalls. For a brief moment it felt almost as though it could be in a page from a Japanese history book. 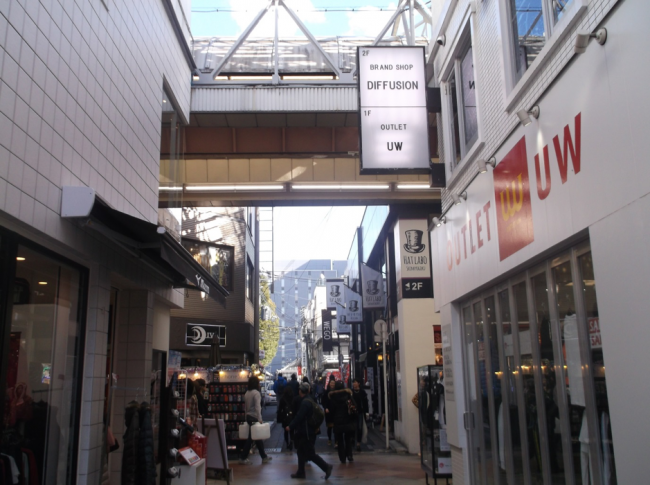