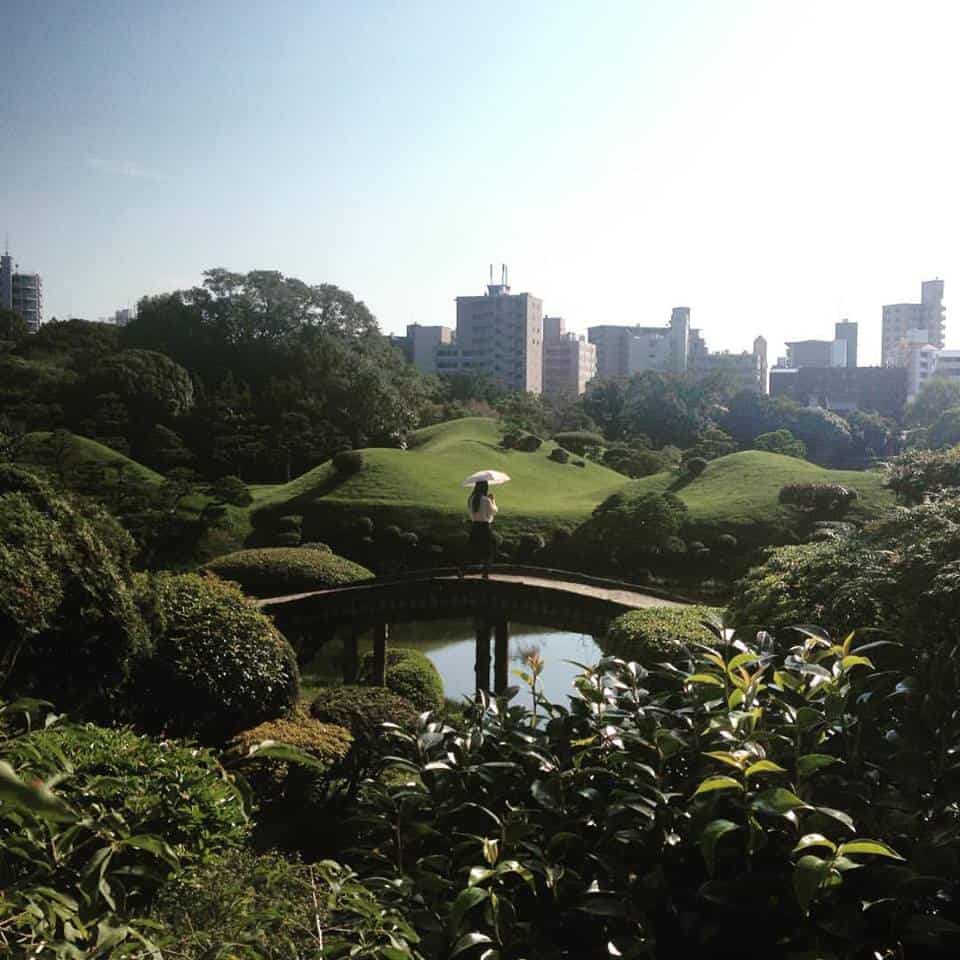 Suizenji Park: The Tōkaidō Road In One Kumamoto Park

Nestled in the southeast side of Kumamoto City’s central ward, Suizenji Jōjuen Park (水前寺成趣園) is a Momoyama-style traditional garden that is home to an abundance of Japanese history and nature. Although the garden spans a relatively modest 64.6 hectares, it contains Japanese imagery from throughout different regions and time periods. Surrounding a spring-fed pond, the garden’s lush, rolling hills offer a soothing retreat from its urban surroundings, in a setting that is rich in traditional scenery and activities.

A Miniature Version of the Tōkaidō Road

Within Suizenji Park are two shrines, a plum garden, a small gallery, as well as multiple stages for performances of music and Noh theatre. The garden is intended to replicate the fifty-three stations of the Tōkaidō road, which connected Tokyo with Kyoto during the Edo period. History buffs and travellers will notice tiny incarnations of several of the famous landmarks that occupy this stretch, such as Mount Fuji, Lake Biwa, and Inari Shrine. Suizenji is also home to approximately 150 Sakura trees, which invigorate the park with colour from late March until early April.

Although no longer standing, the garden was originally based around Suizenji Temple, the construction of which began in 1636, spanning over 80 years and the reigns of three successive feudal lords. The location was originally chosen by lord Hosokawa Tadatoshi, due to the pond’s spring-fed water from the nearby Mount Aso being perfect for tea ceremony. The name “Jōjuen” comes from a character in a poem written by the 4th-century Chinese poet Tao Yuanming, who Tadatoshi admired. Although the primary temple no longer exists, to this day tea can still be enjoyed within the garden Kokin-Denju-no-Ma teahouse, which was moved to Kumamoto from Kyoto’s Imperial Palace in 1912.

An Atmosphere of Relaxation and Contemplation

The atmosphere of Suizenji is one of relaxation and serenity; however like many Japanese gardens, it becomes clear how much effort goes into its appearance when stops and considers their surroundings. Every aspect of the garden is deliberately and meticulously constructed, from the man-made mountains to the immaculately-pruned trees. If you observe the trees carefully, you will notice that many of the branches are suspended by an intricate system of wires so that they retain their form.

It takes about 20 minutes to walk the circumference of the park, although it would almost seem a waste to tour it in this short an amount of time. It is easy to find yourself spending an afternoon basking in the shade of the trees, or watching the koi flickering beneath the pond’s surface. For those who get hungry during the stroll around the tiny Tōkaidō, there are several snack stands that offer things such as Kumamoto’s famed ikinari dango to cotton candy, as well as a restaurant overlooking the pond, which serves traditional Japanese cuisine. In the streets leading up to the garden’s entrance, there is a small market neighbourhood consisting of a variety of souvenir shops, cafes, and restaurants, where several of Kumamoto’s specialties are sold.

Suizenji Jōjuen has been declared by the national government to be a historic site of scenic beauty, and has become a popular venue for locals and tourists alike to come and unwind. Those looking to experience a quintessential Japanese locale or simply looking to spend a tranquil afternoon in Kumamoto should not overlook this small oasis.

How To Get To Suizenji Park

Admission to the park is 400 yen and operating hours are: March-November 7:30am to 6pm, December-February 8:30am to 5pm. 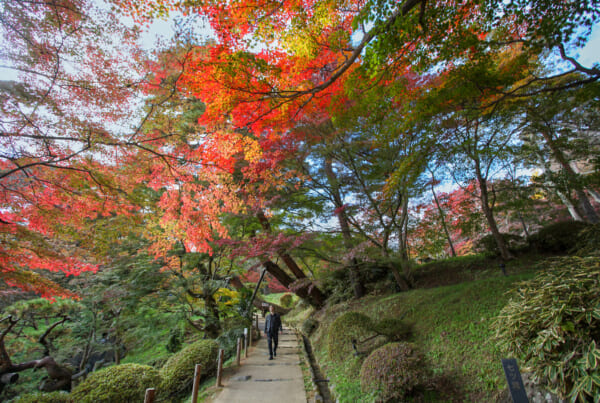