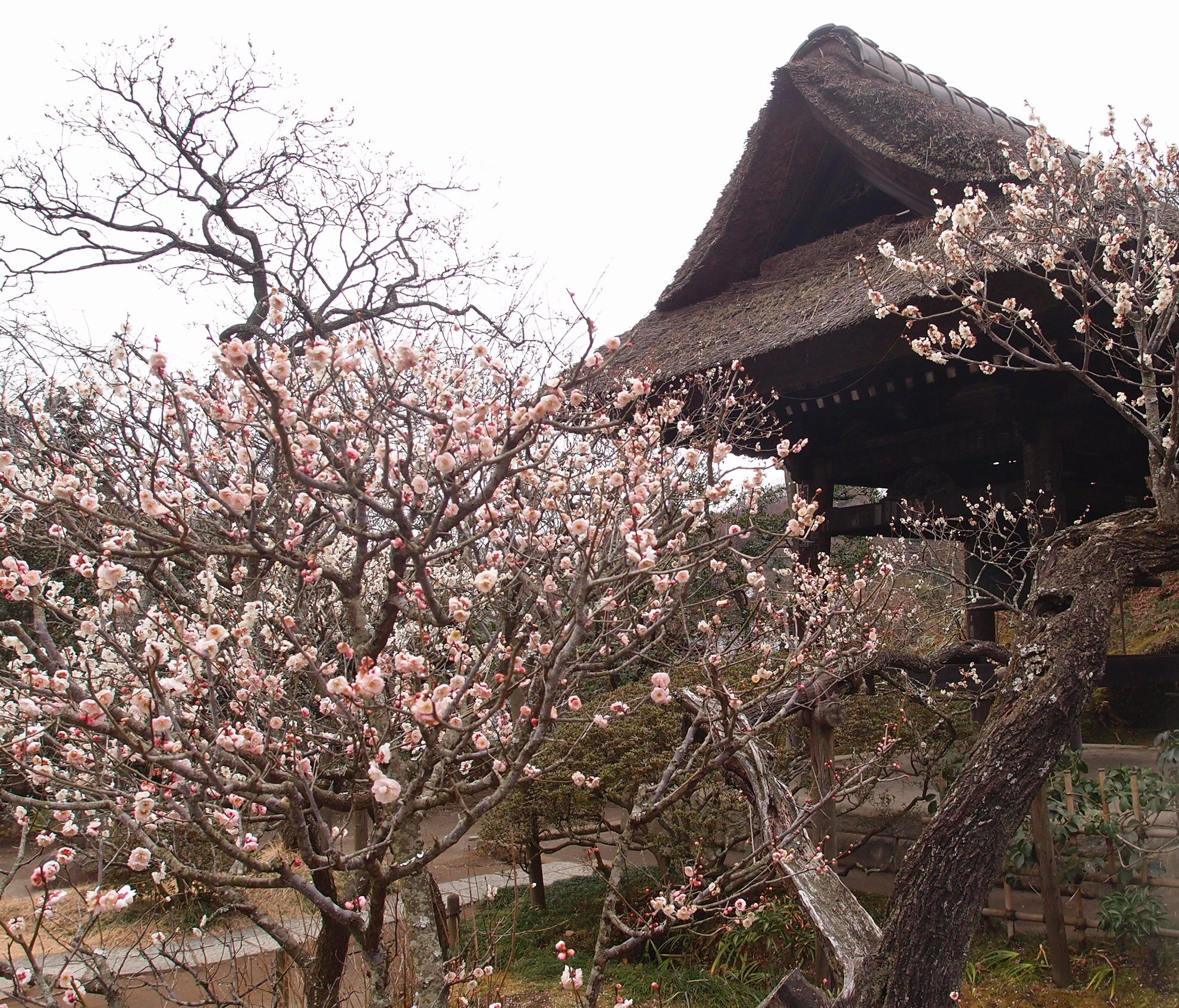 A history elegant as the glance of a geisha, many women of prominence have risen in Japan’s storied past. “Tale of Genji”, a famous novel relating the romantic overtures of Prince Genji, is a national treasure. It was penned by Shikibu Murasaki, a woman living a thousand years ago. Women of the time knew well both romance and heartbreak, as the history of Tokeiji temple illustrates. 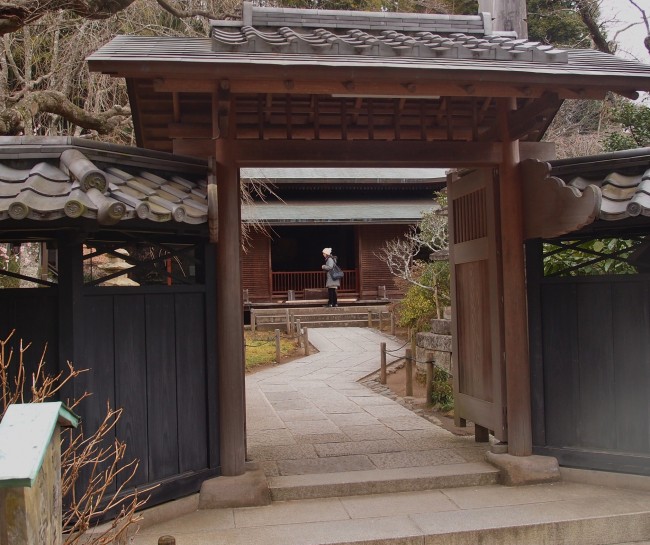 Tokeiji temple, a seven-century-old safe haven turned into a Zen temple, is situated south of Kita-Kamakura station. Here, roots of divorce were planted like the sakura splendor blooming among the surrounding hills. Tokeiji was founded in 1285 by Kakusan-ni, the wife of Kamakura government regent Tokimune Hojo. Kakusan-ni became a nun after her husband’s death, as was customary at the time, and made the temple a refuge for battered wives. Women had great difficulty divorcing their husbands during that era, but Tokeiji allowed women to become officially divorced after a three-year temple stay. For this reason, Tokeiji is often referred to as the “divorce temple”. 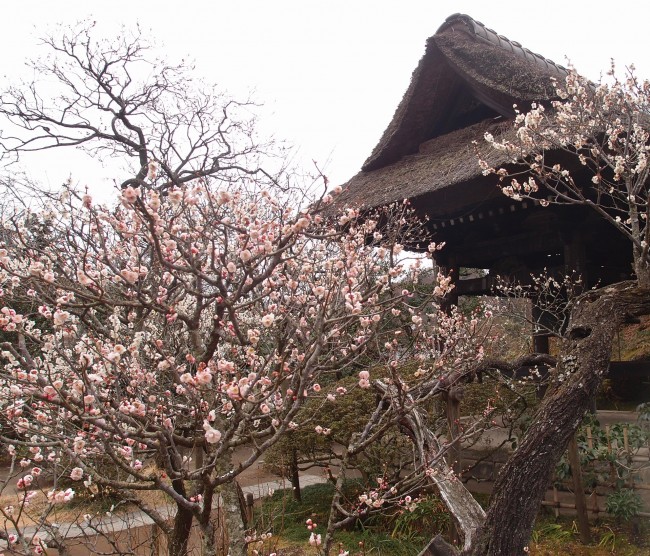 Kamakura city persisted with Tokeiji temple’s parting lines after its shogun government was deposed. An unlikely patron of the divorce temple was Ieyasu Tokugawa, a man whose saga unfurled the Tokugawa shogun government’s first historical page. Tenshu-ni, the granddaughter of Tokugawa’s deceased enemy Hideyoshi Toyotomi, fled to Tokeiji temple after her clan’s defeat in the 1615 Siege of Osaka. She later became abbess and asked Tokugawa for the temple’s status to be protected. Wish granted, its ability to confer divorce continued until 1873. 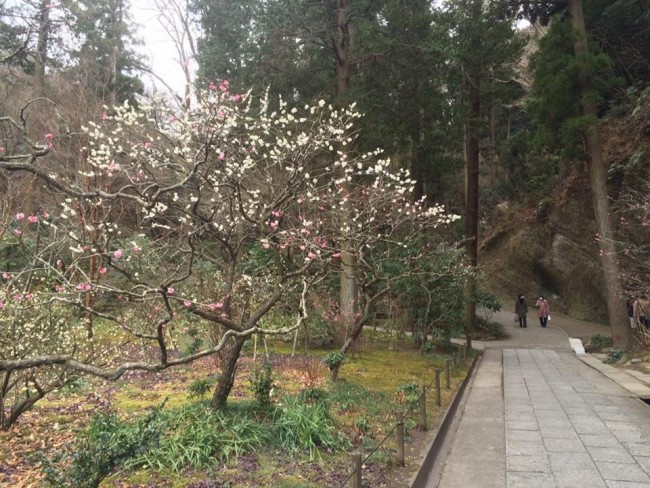 Under the thick thatch of the Tokeiji gate, a long road leads to a sitting Buddha. Where he sits smiling, women had tirelessly walked a long way from their worldly attachments. His seat is by a garden, where blossoms bloom in spring. 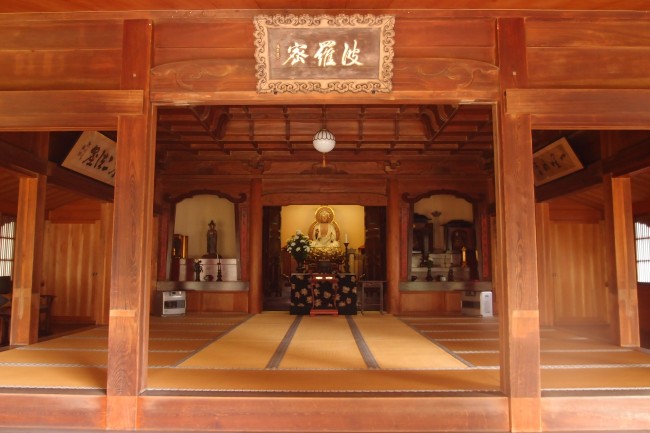 For all the divinity of Buddha’s legacy, Tokeiji temple’s story is peopled with Earthly tie-breakers. Each flower above stark stone seems slightly brighter, for each patron or matron marked in Tokeiji’s bamboo grave-in-grove.

Couples strolled through the green gradient of the main way and its numerous offshoots. I wondered if they thought about their marriages and if this was a pilgrimage for them to bandage marital bonds.  The aroma on the forest floor could settle feuds entrenched as its leaf beds. 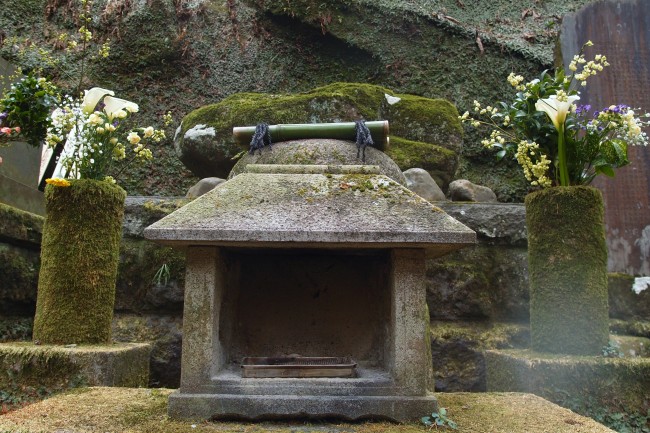 Setting my eyes on those set to rest, grave markers of shapes and sizes and in different states of disrepair shot up from their little lots. Their lots in death were kept under a pleasant Buddha’s gaze, a figure haloed by light from outside this sweet forest sepulcher. 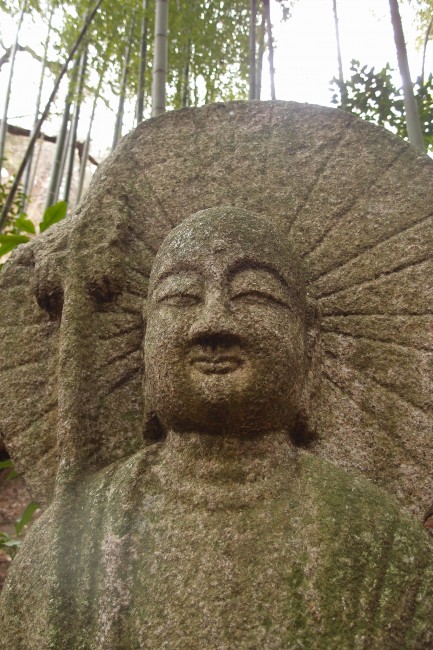 Fanning forest airs towards a higher elevation was a less clustered collection of stonework. Altars of human artifice alongside the caves crouching out of the hillside seemed a province of ghostly ground keepers. Another Buddha sat inanimate, a smile teasing his lips.

The stone lived. The walls were carpeted with green growth, fresh small bulbs meshed together with fine vines. Water plopped into every mossed-over vase. It was the pulse of Tokeiji. 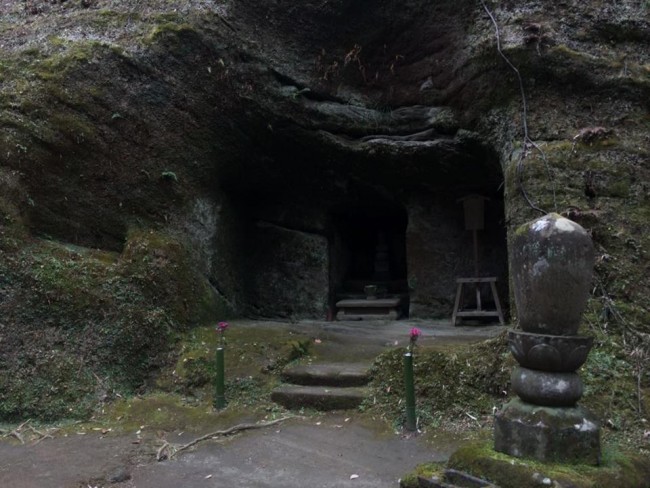 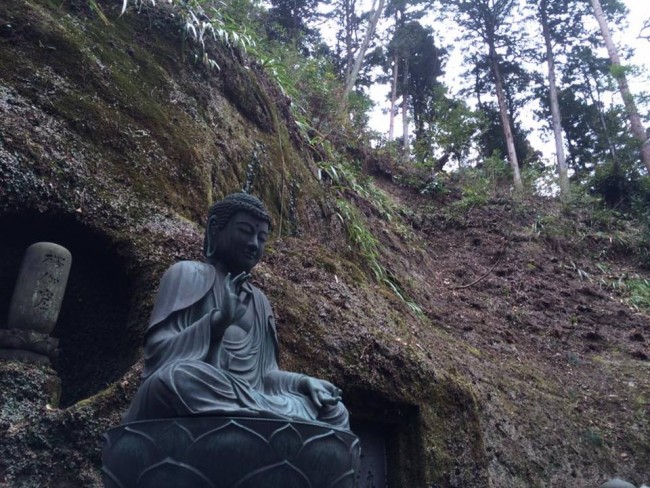 The moisture gathering on the walls pulled down, dropping while I skidded down to the temple’s main path. The stone face to my left had a small, bare-headed statuette alongside a gardenia bouquet. I had passed the image unaware earlier, just a small thing placed against Tokeiji temple’s forest wall.  It was small but dignified, like the order of nuns who had refused abuse generations earlier. 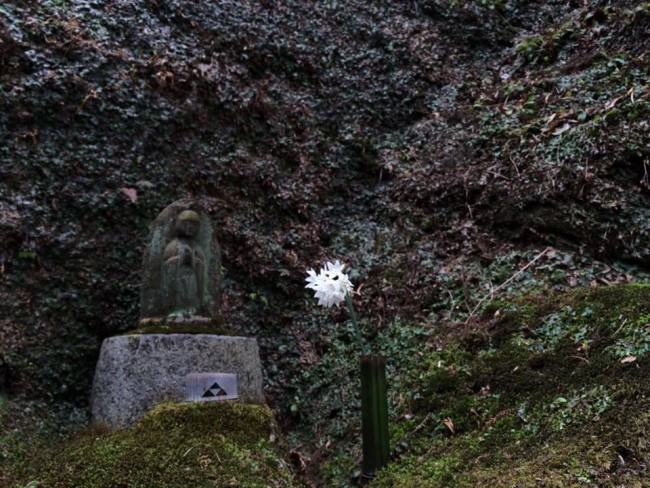