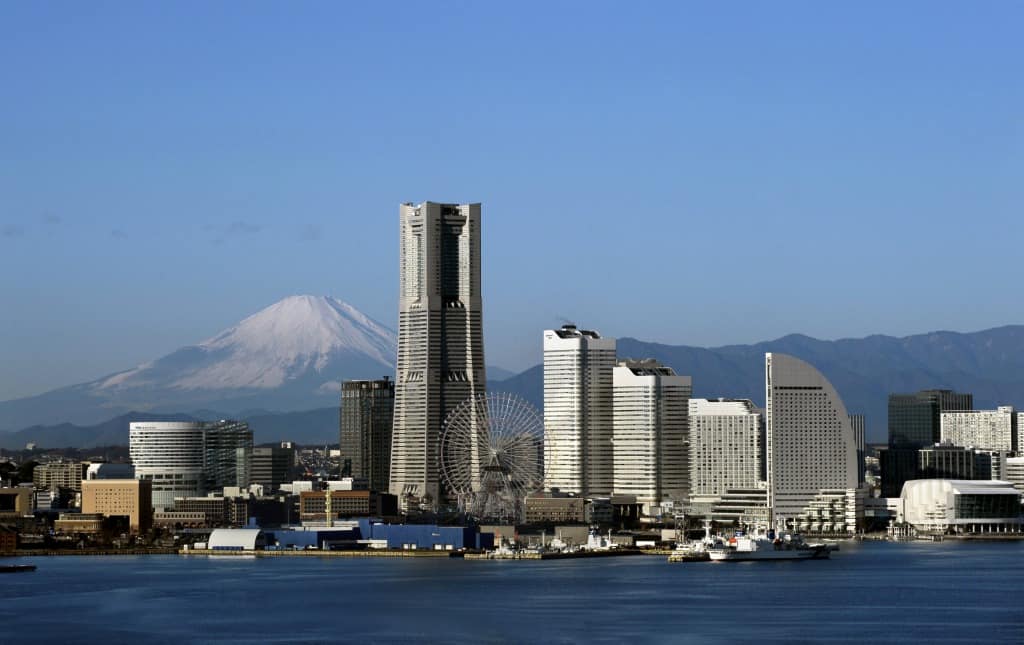 Yokohama is a mere 30 minute train ride from the hustle and bustle of the Tokyo metropolis as well as the modern and convenient gateway to Japan which is Haneda International Airport. This international harbor city has a glorious history and a surprising connection…to Scotland! If you want to find out how Scotland played such an important role in making Yokohama the incredible city it is today, keep reading! 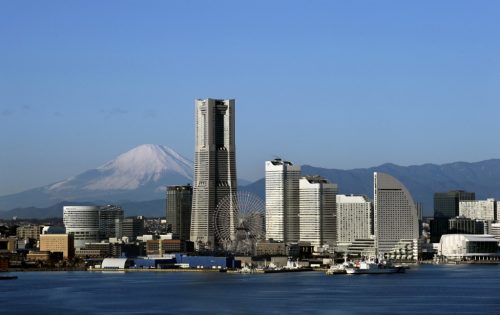 First, let’s visit the Minato Mirai area for a view of Yokohama’s iconic skyline framing majestic Mt. Fuji. Minato Mirai was the location of the first port opened to foreign trade and shipping after the Meiji Restoration of 1868. Visit the area at night for an impressive and romantic view, with the lights of the skyscrapers and ferris wheel lit in bright colors against the night sky and reflected on the bay.

Only a short walk from Minato Mirai, the Noge District awaits you and your appetite, where you’ll find an intriguing mix of izakaya (Japanese tapas) restaurants, international bars, and entertainment facilities such as the ubiquitous karaoke rooms. Enjoy hopping between the many bars and izakayas run by locals along the narrow streets, and making friends with strangers over Japanese draft beers in the open-air ‘tachi-nomi‘ bars! 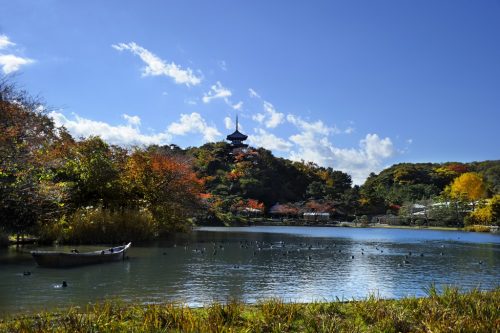 If you want to visit an authentic Japanese environment near Tokyo without the crowds, Sankeien garden is the perfect destination. At more than 175,000 square meters containing 17 historic buildings, this garden was designed to reflect the changing seasons: cherry blossoms in the Spring and autumn colors in the Fall. Enjoy sipping matcha tea in the middle of the garden while you relax and admire its beauty. 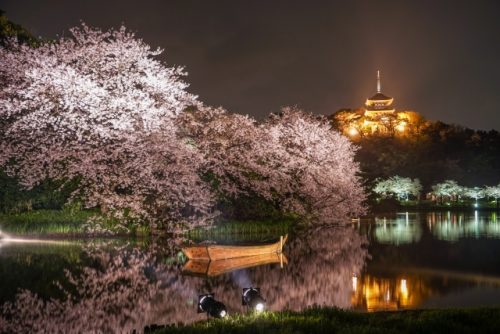 Back to our Scotland connection: how did Scotland contribute to making Yokohama the great city it is today? In the late 1800s, a Scottish civil engineer named Richard H. Brunton was invited to Japan to help make the waters safe for international shipping vessels by building a series of lighthouses along the Japanese coastline. Over seven and a half years, Brunton designed and supervised the building of 26 lighthouses, enabling safe passage for trading vessels headed for the Port of Yokohama. But his greater contribution was designing the infrastructure of the city itself: sewage, lighting, streets, communication and he even designed and built Yokohama’s first iron bridge.

In July 2018, as part of this historic legacy of the relationship between Scotland and Yokohama, the Scottish government and city of Yokohama signed a joint declaration on collaboration in the areas of culture and tourism, marine and subsea industries, and sports and education, under the principle of “Growing Together”. 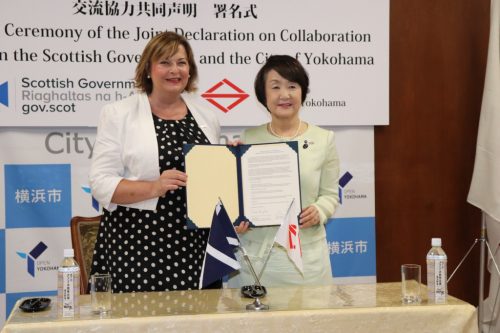 Japan also hosts the Rugby World Cup this year (2019) for which matches will be held in stadiums across Japan. Yokohama will host the semi-finals and the final match of this exciting event! On top of that, the Japan v. Scotland match will be held on 13th October in Yokohama. The city of Yokohama will serve as the official team camp base for the Scotland and Ireland national teams during the Rugby World Cup 2019 and as a preparation camp for Team GP during the Tokyo Olympics 2020.

While enjoying the excitement of the upcoming sporting events in Yokohama, remember the connection to Scotland that made Yokohama the amazing city it has become. 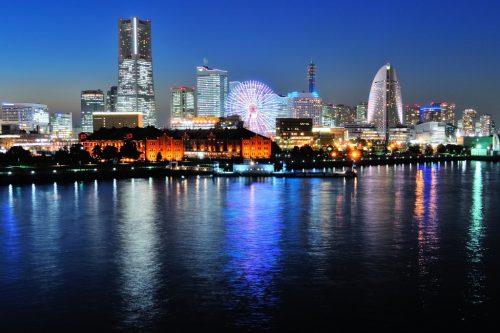 From Haneda International Airport: 25 minutes by Keikyu Railways or 30 minutes by Express Bus

If you wish to take a bullet train (shinkansen), get off at JR Shin Yokohama Station. From there, it takes about 15 minutes by JR train or subway.

The Minato Mirai area can be reached from JR Yokohama Station, a hub station of Yokohama City, in about 5 minutes by JR trains or subway. For more information, check out their official website.