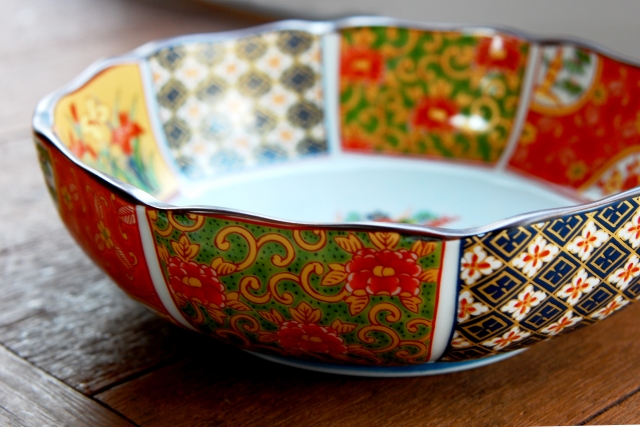 [The 2020 ceramics festival has been postponed indefinitely. ]

Arita has been renowned for Japanese porcelain since the end of the 16th century and is a tradition that continues today. This small town located in Saga Prefecture, Kyushu Island on the south-west of the archipelago, organizes a ceramic festival to welcome visitors twice a year. 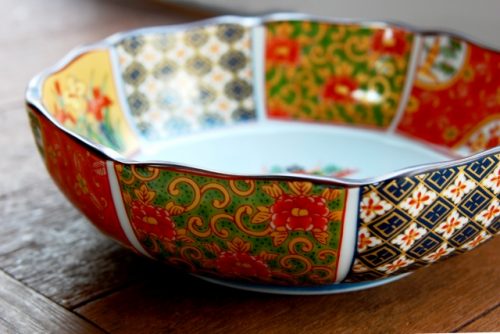 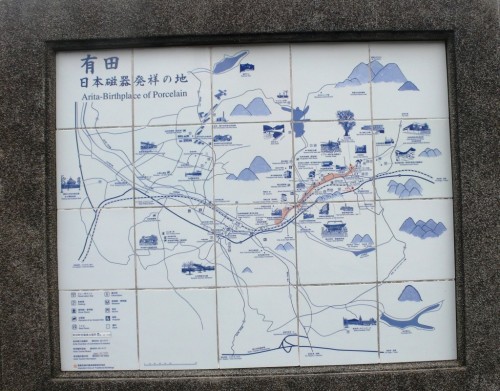 Take a walking tour in Arita!

Arita, the Cradle of Japanese Ceramics

At the end of the 16th century, Toyotomi Hideyoshi, the second of Japan’s three great unifying daimyô, led a military force to Korea. During this expedition the lord of Arita, of the Nabeshima clan, forced the Korean potter Lee Sampyeon and his apprentices to settle in Japan. Thanks to the discovery of a kaolin deposit in the Izumiyama hills at Arita, Yi Sam-pyeong successfully made the first Japanese porcelain.

From then on, Arita quickly became a major production center for ko-Imari tableware and art objects (known in Europe as Imari porcelain, named after the neighboring port village from which it was exported), with around 150 ovens.

From the 17th century, Arita’s products reached Europe, imported by the Dutch East India Company, and were the object of all the covetousness of the royal and princely courts. In the 18th century, the porcelain manufactures such as Meissen and Chantilly tried to imitate the multicolored Japanese decorations of kakiemon, in very fashionable forms.

Still today known worldwide for its achievements, Arita holds a large ceramic festival twice a year, in spring (29 April-5 May) and in autumn (late November). 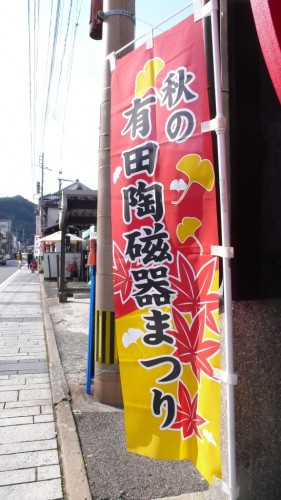 The Autumn Ceramics Festival in Arita

The ceramic festival in Autumn, less busy than the spring festival, is the perfect opportunity to gaze at the original pieces of dishes. But is also a great time to enjoy the surrounding nature. A gigantic thousand-year-old Gingko tree, emblem of the city, displays its most beautiful colors near the period. 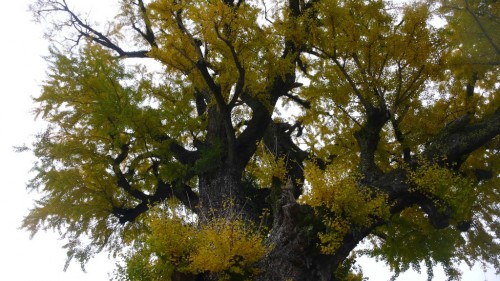 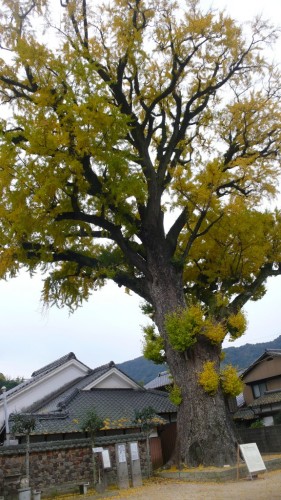 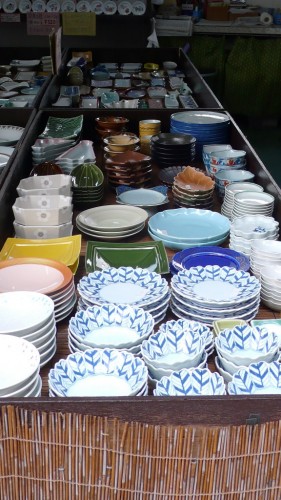 A great selection of porcelains. 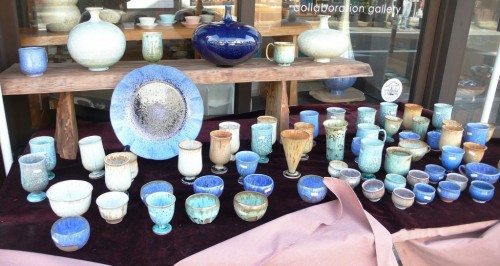 Even the walls retain a part of the history of the city. The Uchiyama district has been designated as one of the conservation areas for historically important buildings. Note that the Tombai walls are made of old bricks used in ceramic kilns, fragments of broken porcelain and red clay. 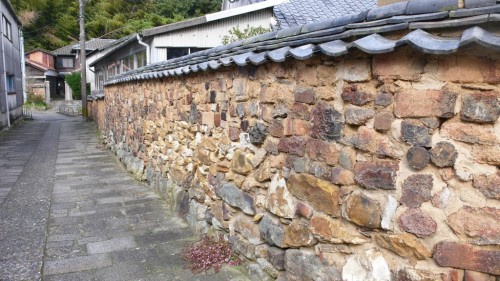 Tombai walls, made with bricks 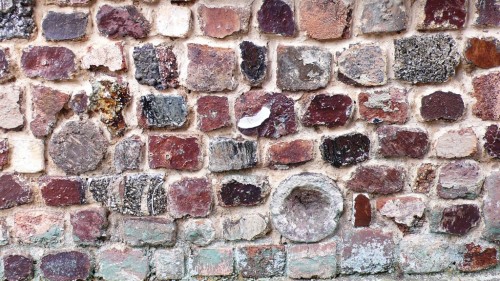 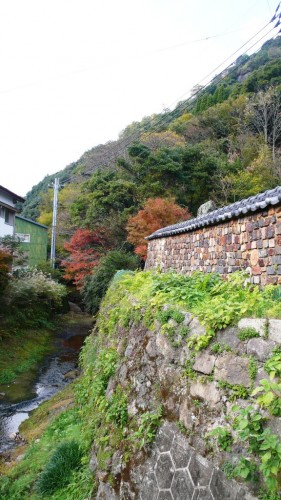 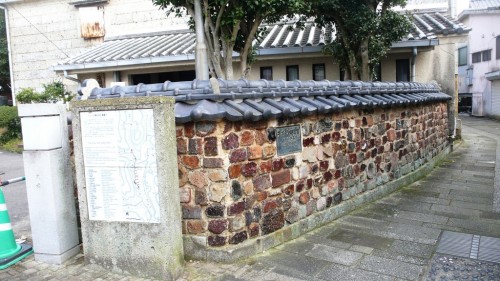 Tozan Shrine, a Shinto temple founded around 1658, is dedicated to Emperor Ojin and the father of Arita porcelain, Lee Sampyeon. Remarkably, the door torii as well as a pair of guard dogs, a big jar, and the parapets of the building are made by porcelain. Located on a hill, it allows for the enjoyment of a panoramic view of the city. 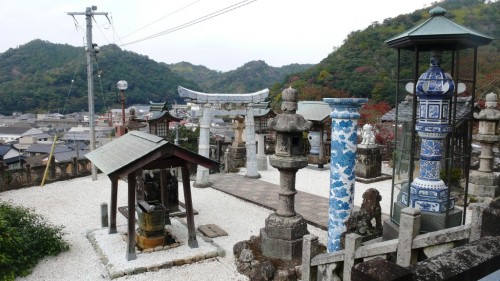 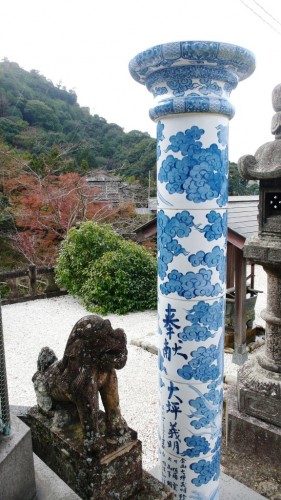 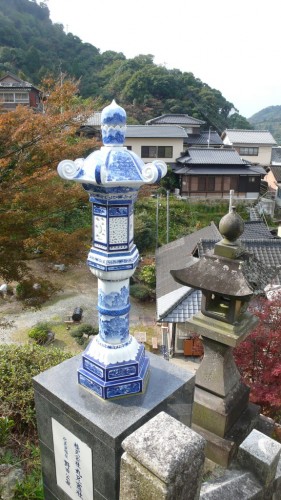 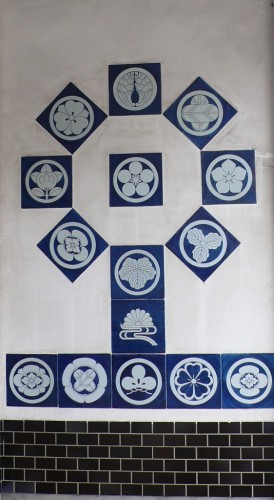 Ceramic can be found in every detail of home decor! 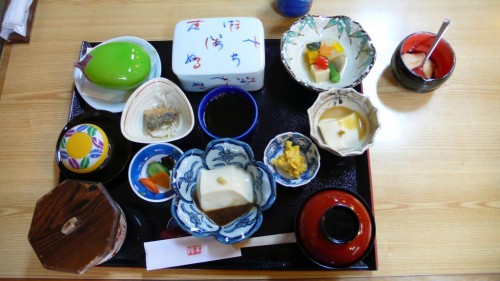 You can even enjoy porcelain creations for a meal. Here at Restaurant Honjin, have lunch around a specialty of local tofu. The godofu, is made with kudzu instead of nigari.

The festival takes place every year in the spring (April 29-May 5) and at the end of November (dates vary slightly each year). The fall festival is more focused on tableware. For more information, please check out here.

Access by Train: From Saga Station, take the JR Sasebo Line to Haiki (40 minutes) and get off at Kami Arita. You will be able to visit the village of potters before joining the city and take a walk there.