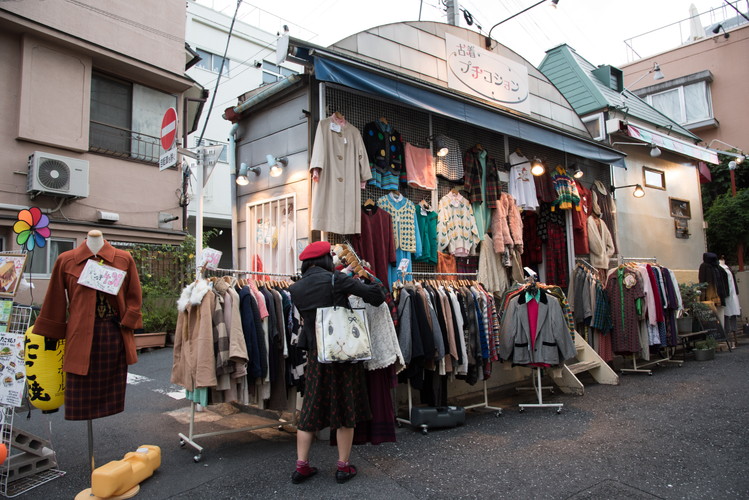 Designed to fit: The low and high fashion of Tokyo 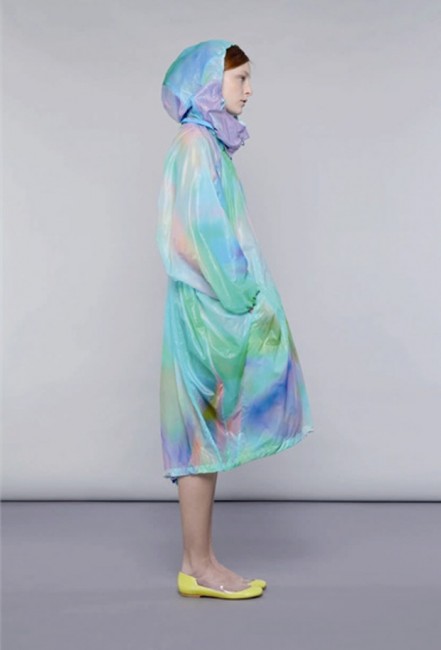 “Fashion” has a totally different meaning than in cities of the Occident in places like Tokyo. Despite Japan’s lot of retail stores from the international market that sell wholesale clothes at affordable rates, there are many circuits where design shines by its most experimental, chaotic, beautiful, organic and magnificent attributes.  Prices vary a lot just like quality and where you’ll be able to find these three titular fashion segments. Therefore, I’ll tell you how to move through the omnipresent and confusing world of fashion in Tokyo.

Before beginning: you might expect to find original brands without much influence from the New Yorker, British or Parisian fashion.  You will; however, we can’t put aside, big brands such as Nike, Puma or Adidas. This is due to that, when being immersed in the demanding Japanese market, the local design departments push the limits towards new sophistication and original composition which you won’t find in your own country. So don’t go to the stores you know thinking that you won’t find anything new. 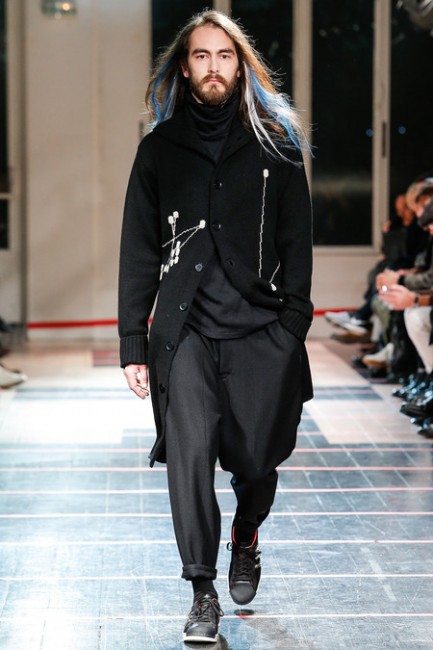 As an international fashion capital, brands like Prada, Gucci or Miu Miu will be present in your walks around high fashion areas like Aoyama, Ginza or Roppongi. There you’ll find a very attractive plus in the artistic display buildings; in some cases custom-molded. But, when we think in the Japanese designers who have set trends since the 70’s, names like Tsumori Chisato, Rei Kawakubo (for Comme des Garçons), Yohji Yamamoto (Y-3) and Issey Miyake still look strong with incredible collections. Their prices do not reflect the international renown of these artists but the excellence of their materials and extreme dedication of the workshop where their garments are being worked on. Entering their stores is a unique experience – even more so being in Tokyo. Hence, if you consider yourself a fashion fanatic, I recommend researching a little bit about these characters so you can enjoy their clothes even more in person.

Speaking of high fashion outside of the massive markets, when you visit Japan, you can’t deny yourself a stop at a Kimono store. The price range is huge considering the fact that you can purchase kimonos made just for you, or as used clothes in perfect condition. Behind the Sensoji Temple area, in the Asakusa district, you’ll find a lot of stores where you’ll be able to enjoy yourself by looking at those folkloric clothing pieces. Even when they are part of the cultural and historic patrimony of the country, they find a permanent pathway to evolution and update through their designers. 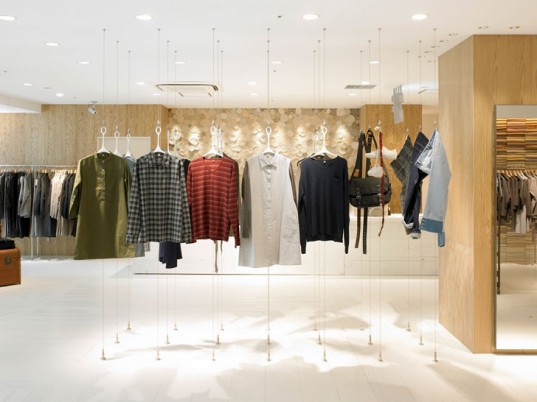 At cheaper prices and without neglecting neither design nor quality, we’ll find local brands such as Uniqlo, GU, and Muji. In these stores, extended far and wide of the Japanese territory, you’ll find clothing of all types and styles considered for day-to-day demands. Likewise, so you can have an overall idea of the clothing used by the Japanese and the tendencies acquired slowly by the market in the stores “109” and “109 men” (at the exit of the Shibuya station). You’ll get a general picture since there are a lot of different brands in their aisles and under the same roof. 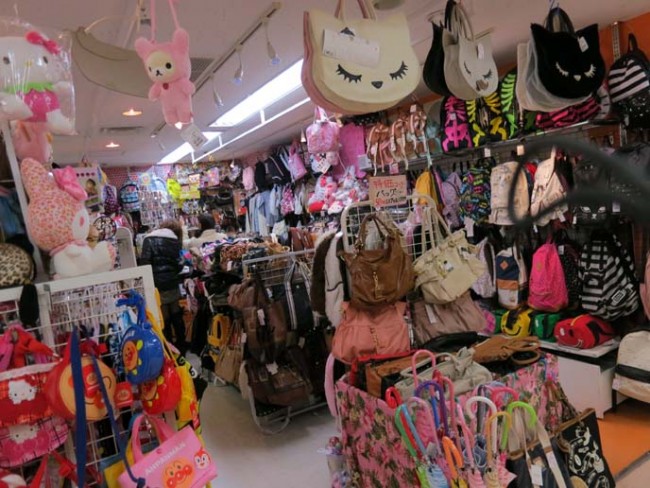 As I previously stated, Tokyo is perhaps the most experimental city of the Japanese archipelago regarding tendencies and style fusions. This mixture of international information with interesting traditions in the aesthetic emerged in the first years of the 90’s decade, when different urban cliques differentiated from each other by their unusual clothes and flashy accessories. Without naming all of these cliques, a lot of these groups found a conglomerate of stores in Harajuku where they could update their clothes and be aware of the changing trends. In stores like Milk, Paris Kid’s, ACDC Rag, Baby Doll (all located nearby the Takeshita Dori street), you’ll see a varied sample of styles. Despite having became part of the historic subculture of Tokyo, they keep evolving; perhaps with less followers now, but with the same creative force of always. 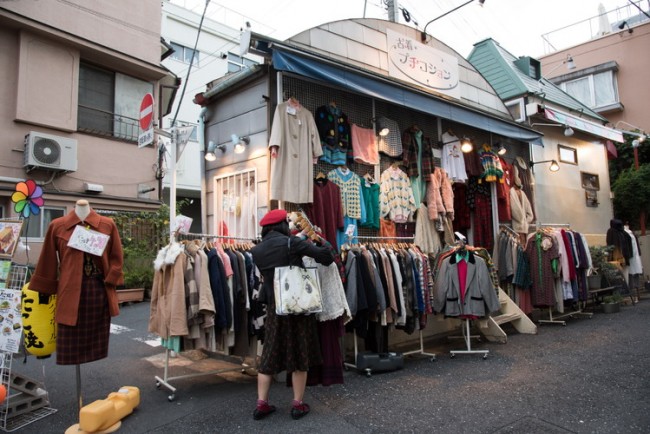 Another international trend that found its niche in the streets is vintage clothing: clothing and accessories used since the mid 80’s until the end of the 90’s. Although a few brands specialize in these kind of products, the most visionary opted for recycling the idea of the American thrift store (used clothing store) and in their aisles, they offer the consumer (which will find whatever he likes in a sea of different styles) a very well conserved selection of “antique” clothes. Even if logic says that used stuff should be cheaper, on occasions, prices become really expensive. Besides the stores located in the Harajuku district, an area that recently has many of these businesses is in the surroundings of Shimokitazawa station.  Here, stores like Ragla Magla, Don Don Down and New York Joe Exchange are the most interesting examples.

With a clearer idea about names, stores and areas where you can get carried along by the consumerism of beautiful things, you can have fun and enjoy of every single example of such abundant fashion offered by this city. Open your eyes and look up; fashion lives through the streets of Tokyo.