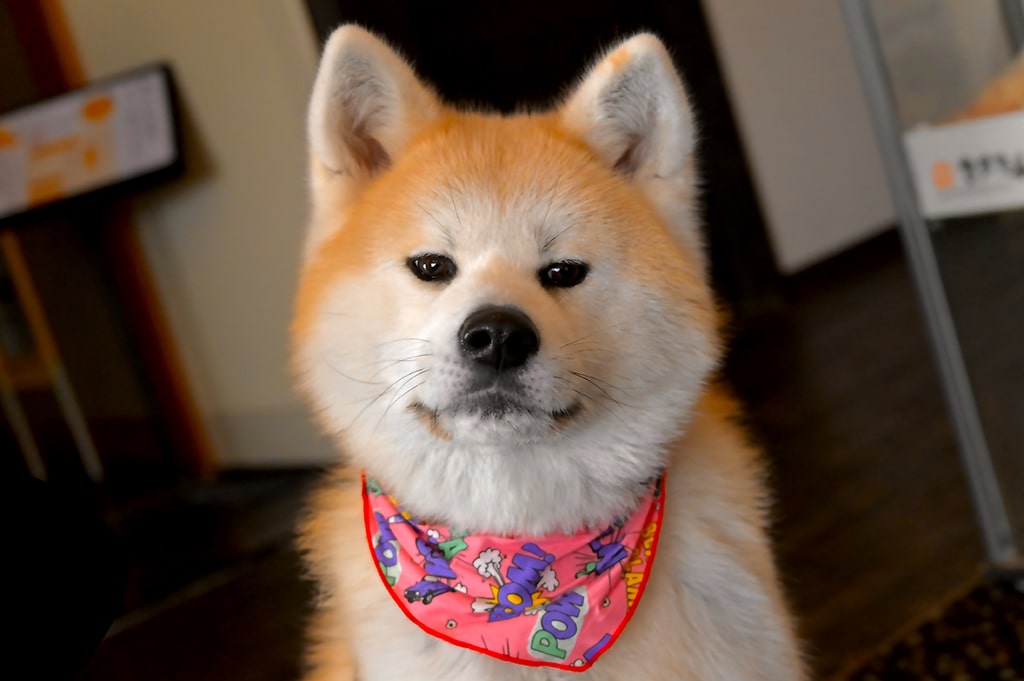 Shiba, Akita, and other Japanese Dogs: Which Is The Most Popular Dog Breed in Japan?

Some of them are small, and others are large. Some have long and thick fur, while others have to wear special coats during the winter season because of their short fur. Japanese people are really into their dogs and not just since yesterday. Japanese dog breeds are on the rise in popularity, not only in Japan but abroad as well (as I noticed during a walk with my own dog in my home country).

On my first trip to Japan in 2013, I was amazed by how many people walked around with dogs in baby buggies. Toy poodles, dachshunds, Pomeranians, and other smaller dogs looked at me from their baby buggies. And between all these little four-legged friends, you will also come across many Japanese dogs breeds, including the ever-popular Shiba Inu (柴犬 shiba inu/ ken). This breed is typically a light red-brown coat, though you may also meet this little guy in black and tan.

In this article, you will learn the most popular Japanese pets, which dog breeds are most common, and how much a Japanese person spends on average on their pet every year. We’ll also introduce you to a pretty typical Japanese organization for stray dogs, cats, and small animals.

Do Japanese People Have Pets?

We can answer this question very clearly with “Yes.” While Japan is famous for fancy animal cafes, the preferences of Japanese people for their pets are similar to those of other nations. According to an annual survey by the Japan Pet Food Association, there were around 9.77 million cats and 8.79 million dogs in Japanese households in 2019, though surveys show that dogs are fast becoming the favorite pet!

In a survey from 2018, 11.5% of Japanese respondents said they would own a dog as a pet, followed by cats and exotic fish. When asked what kind of pet people would want in the future, 19.2% answered with “dog”, followed by “cats” as preferred pets.

However, Japan’s ubiquitous space problem is also evident in pet preferences. Insects (especially stag beetles) can also be found among the top 6 domestic pets in Japan. Indeed, a very popular pet for children! You can find complete shelves with terrariums and furnishing options for the little crawling animals in pet stores.

And yet it is pretty evident that dogs in Japan live up to their reputation as “man’s best friend.” They are not only one of the most popular pets in the Japanese archipelago but also a popular motif for accessories, stationery items, and other items.

Japanese Dogs in General: What Breeds Are There?

What dog breed comes to your mind when you think of Japanese dogs? It may be the Akita (秋田犬 Akita inu/ ken), a breed made famous due to the story of the loyal dog Hachiko, who waited ten years for his deceased owner to return home.

But of course, there are numerous other Japanese dog breeds (日本犬 nihon ken) in addition to the Akita, which we would like to introduce to you in a short summary. A common characteristic of Japanese dogs that applies to most of the following breeds is their loyalty to their owners and their strong and idiosyncratic character, which doesn’t necessarily make them dogs for beginners.

Made famous by Hachiko, the Akita is now the epitome of loyalty. Originally used as a hunting dog, this Japanese dog was declared a national monument by Emperor Hirohito in 1931. The Akita has its origin in the identically named Akita prefecture, in Ōdate city (大館市 Ōdate-shi).

Besides the Akita, the Shiba is one of the best-known and oldest Japanese dog breeds. Like its big brother, the Shiba was also used as a hunting dog, mainly for small animals. The Shiba, which was declared a national monument of Japan in 1937, has its origins in the mountainous region on the Sea of Japan. Nowadays, the Shiba has become one of the most popular Japanese dogs with its typical reddish-brown or black coat.

Other Kinds of Japanese Dog Breeds:

What Are the Most Popular Dog Breeds In Japan?

We have already made ourselves familiar with which breeds are considered “Japanese dogs,” but that doesn’t tell us much about the most popular four-legged friends in Japanese households. Here are the small dog breeds ranking in Japan!

The most popular dogs in Japan compete against each other in an annual ranking, with the top 3 of the four-legged friends selected each year. For 2020, the Chihuahua, the Toy Poodle, and the Shiba compete for the crown as the most popular Japanese dog.

What about the Shiba? This Japanese dog made it into the ranking of the most popular dogs in Japan, and not only that. The Shiba is a popular motif for all kinds of accessories, stationery items, plush toys, mugs, and much more. No matter where you go, you probably won’t be able to avoid the cute round face of the Shiba Inu, who will meet you everywhere, as a motif or as a real four-legged friend.

Other popular dog breeds are Dachshunds, Pomeranians, Yorkshire Terriers, and small mixes breeds. So, you can see that it is mainly the small dog breeds represented in Japanese households.

Here’s a little comment about the most popular dog names in Japan: The top 3 are occupied by Coco, Marron, and Choco. Do you notice something? All three names are related to food, one of the favorite topics in the Japanese archipelago.

How Much Does It Cost to Have Pets In Japan?

But how much does a pet cost in Japan, and, above all, how much do Japanese dogs and their maintenance cost?

The annual cost of dogs in Japan depends primarily on their size. A small dog in Japan can cost an average of 2,800 USD per year, a medium dog a little more than 2,900 USD, and a large dog more than 4,300 USD per year. This cost includes veterinarian fees, food, insurance, dog groomer, and dog run, to name a few. What is also remarkable is that the cost of grooming small dogs is the highest compared to other dogs, with around 45,000 yen (approx. 430.00 USD) per year. Likewise, those spending on dog clothes can expect to spend around 14,400 yen (approx. 140.00 USD) for small dogs and around 8,300 yen (approx. 80 USD) for large dogs per year.

Japanese people spend around 1,500 USD per year on cats, with food being the largest source of expenditure at around 480 USD (approx. 50,000 yen). But anyone who thinks that it would be cheaper to buy a small pet is wrong. Among the small pets, rabbits are the most expensive pets, with around 850 USD (approx. 88,000 yen) per year, followed by ferrets.

The acquisition costs show that Japanese dogs, such as the Shiba or Mameshiba (a small version of Shiba Inu) are around 7,659 USD, and pedigree cats, such as the Scottish Fold with costs up to 7,200 USD, are among the most expensive pets.

Refuge For Japanese Dogs and Cats: From The Street To A Forever Home

Japanese dogs, cats, and small pets are not immune from becoming without a home. Those of you who have already been to Japan will surely remember the numerous street cats you encounter in parks of major Japanese cities or near coastal cities.

And where do these pets, which have been abandoned by their owners, end up? Because animal shelters as we know them (e.g., in Germany) are rare in Japan.

This is where the animal cafes come into play. They are often regarded as purely tourist attractions. However, there are animal cafes in larger cities that specialize in finding a new home for stray dogs, cats, and other small pets.

One of these cafes is the Hogoken Cafe (保護犬カフェ) with shops in Osaka, Tokyo, Chiba, and Hyogo. Specialized in dogs, people and their four-legged friends can build relationships with each other in this cafe, and the best-case scenario ends in a new forever home. Since the animals’ welfare has priority here and not the fun of the visitors, children of preschool age are not allowed in some of these cafes.

Conclusion: Japan Is Really into Their Dogs

Whether the small lapdog version or Japanese dogs like the Shiba: when you visit Japan next time, you will certainly not miss the fact that dogs are on the rise again to become the most popular pets in Japan.

Perhaps you’ll bring home a small accessory with one of the most popular Japanese dogs, the Shiba, as a souvenir! Or you can get an accessory for your own four-legged friend from one of the numerous pet shops that you can find in shopping centers. How about the outfit of the Japanese national soccer team or a collar with a Japanese pattern?