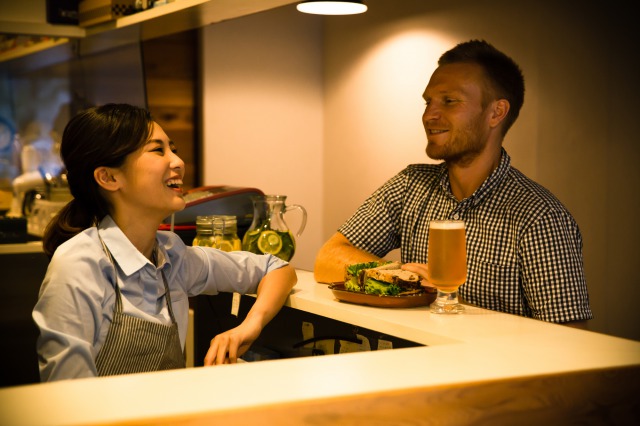 By Nina CataldoNovember 3, 2016March 27th, 2020No Comments
The Japanese language is clearly very different from English. Aside from having different roots, the text is also no sibling to the alphabet. If you think the differences stops there though, you forgot to add culture to the mix. Like many languages, Japanese is formed and used in ways that reflect the way people live and interact with one another in this country. Some are based on fundamental beliefs, some on pop culture. Below are five unique qualities of Japanese that will help deepen your understanding and use.

1. Thanking and apologizing can come hand-in-hand, and should be expressed more often than not. 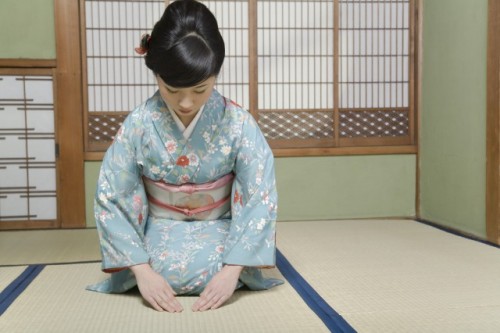 Japanese culture is very humble, and the language reflects the importance of others over oneself. While using the basic form of “thank you,” arigatou (ありがとう), is widely accepted and common, there are other words used to express gratitude as well. This is where the two phrases become interchangeable and using sumimasen (すみません), normally meaning “sorry” or “excuse me,” can be used to thank others. Sumimasen is used to express one’s extent of gratitude by meaning “I’m sorry to trouble you and I thank you for that.” Additionally, the phrase doumo (どうも) said before arigatou or sumimasen can be used on its own to mean thank you, too. Keep in mind that this can be considered more casual than saying the whole phrase, and to always remember your audience when speaking in Japanese. Also, remember to bow (multiple times) and to look apologetic and grateful after having an interaction with someone where they helped or benefited you.
Below are some situations where a thankful apology is used:
– Respond with sumimasen when being handed something you dropped, when getting help at a store or station, when you receive a gift, when someone pays for you, or when someone does a favor for you.
– Use sumimasen to get the attention of staff or someone you may have a question for on the streets.
For more usage and history of arigatou click here. Get a closer look at the culture of Japanese apology here.

2. Your audience changes the way you speak; respect is everything. 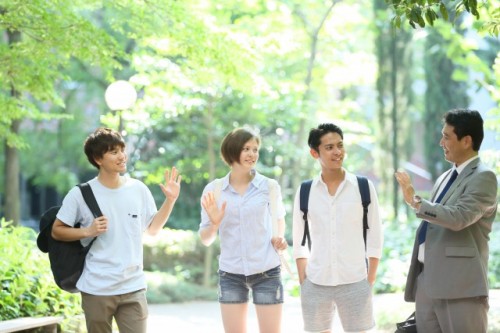 Japanese has different forms of expression and vocabulary depending on the other persons’ status, such as age and relationship to the speaker. If the listener is older, someone who was just introduced or met, a stranger at a store etc, or if it’s a business interaction, one must use polite form of expression. In professional settings, however, one can find that employees with seniority in companies (senpai) will most likely not use polite form with their subordinates. These polite forms are called sonkeigo(尊敬語) or keigo (敬語), kenjo-go (謙譲語), teineigo (丁寧語 ) meaning respectful, humble, and polite languages, respectively. Being able to use polite expression can increase one’s credibility and likeability, as respect goes above and beyond in Japan. When in doubt, it’s safer to speak more politely rather than casually. Japan is also a country where breaking the barrier between strangers/acquaintances to become true friends may take longer than in Western cultures. So have patience to slowly transition from polite expression to casual expression over tine, if you continue to strengthen some relationships. The simplest lesson in polite form is to use desu/masu (です・ます) at the end of sentences. But also keep in mind that some vocabulary can even take on different forms when switched to polite expression. Many Japanese learners struggle with this keigo (as most commonly called), but knowing it will only benefit any Japanese speaker.
Did you know that addressing someone as “you” is also considered rude and disrespectful? Learn more about this (and what to say instead) here.

3. Trend words are often shortened versions of expressions; make sure to keep up with the changing trends. 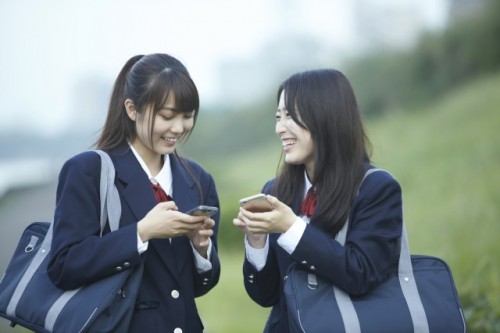 Japan loves trends of all kinds from fashion to food, and that is no exception to phrases. Shortened forms of expression or words come and go for (more often than not) younger generations to use. These are called ryukougo (流行語) and used as casual street expression. Some popular ones from the past decades include maji (マジ) which is the shortened version of majime (真面目) meaning seriously, and chō (ちょう) derived from the kanji that means strong and used to emphasize one’s point.  Below are some that are more recently trending:
パリピ paripi – party people, people who like to go out
ヤバイ yabai – first used to indicate danger but now used both negatively and positively to mean “oh no,” “oh yeah,” “wow,” or just simply put: “!!!!”
いけてる iketeru – translates to “it’s going,” and can be a sign of approval or the go-ahead (for a love interest, etc) 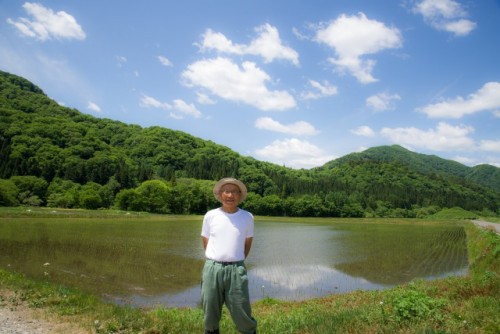 The differences in dialects throughout Japan can also be an indicator of the distinct types of cultures within regions. This can be similar to the difference in accents and phrases used by British-English speakers and American-English speakers, for example. However, the dialects in Japan – called ben – can vary much more than just an accent and a few phrases; a person from one region may not be able to understand one from another region fully or even at all! Kanto-ben, which is what’s used in capitol Tokyo would be considered the “universal” Japanese, but other prominent dialects would include Kanasi-ben down around Osaka, Tohoku-ben, and Hakata-ben. There are, however, more than just these few. The way people speak in certain dialects can come from the culture around it; for example, Kansai-ben sounds much more lively, often loud, and joking. This may come from the friendly, welcoming, and comedic culture of Kansai region. In contrast, Tohoku-ben sounds much more mumbled and quiet, which may reflect the region’s stereotypes of being mysterious and reserved. Many Japanese people try to hide their native ben out of embarrassment of coming from inaka (country side) or because they want to fit in and to be understood once moving to Tokyo or other big cities.
Read more about the different regions’ dialects and learn their phrases here. This article will also tell you about the unique Okinawan language, which is still being debated whether it’s a dialect or its own language.

5. Be patient. Be observant. Learn more than just the language. 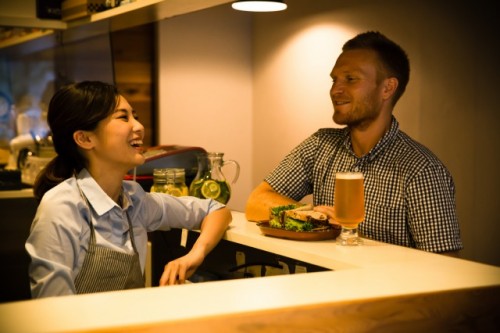 With learning or communicating in any new language, always remember to imply culture and to be patient. Both speaking and listening will take more time than in a native language, so it’s important to be able to communicate with utmost observation of people’s messages, body language, and gestures.  Again, Japan’s culture is one that puts others’ needs first, so people may be more observant of the interaction with you than you may be used to. Do your best to reciprocate these gestures and customs, and you will find that you will be treated with genuine hospitality and respect. Learning the ways of Japan and its language may also be a great time to practice the principle of “monkey see, monkey do.” If you’re wondering about all the different greetings in Japanese or still having trouble with the concept of bowing, check out this article. 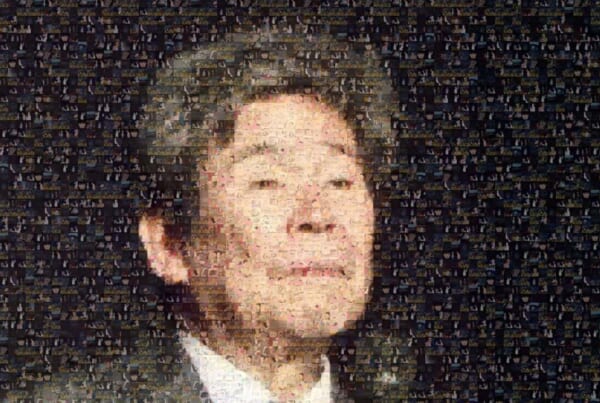 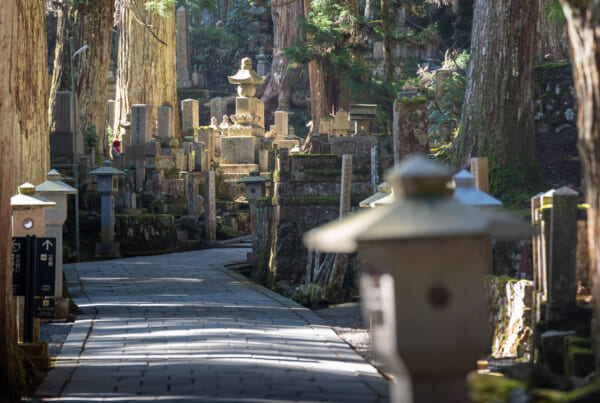