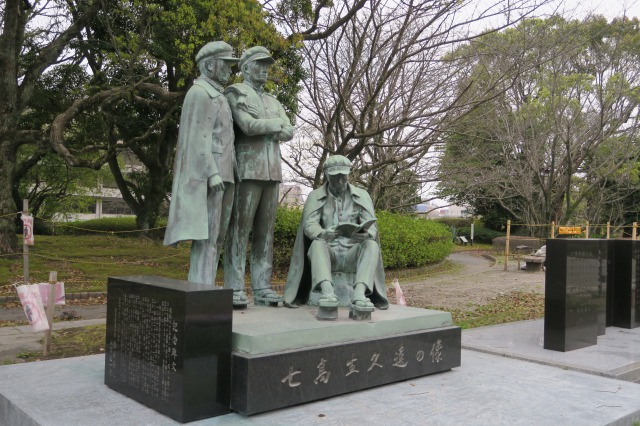 I was entering the grounds of what was supposed to be a magical journey to a castle I knew very little about, when a uniformed Japanese man stopped me. As is natural, I assumed there would be some problem with me visiting the castle. After all, it was about 5pm and I hadn’t really done a lot of research on the place before stepping out. 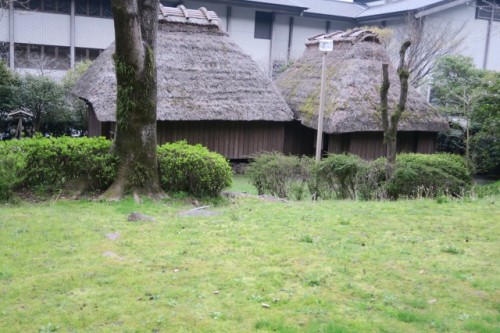 Unfortunately, his words spoke very quickly, like he was on some sort of time limit, and I had no idea what he was saying. And, after typing “Jo” into my google translate, I soon realised that he was simply telling me this was a castle. Okay. 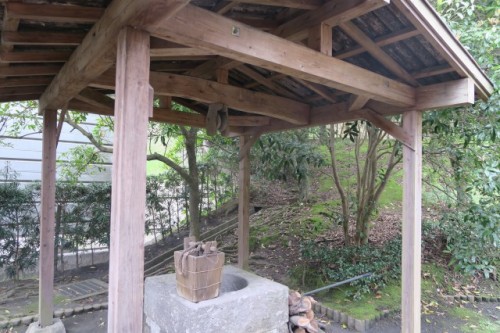 I headed towards the left side of this baron wasteland, down the side of Kyushu’s prefectural museum. The pathway was bordered by a few statues, each of which was just a little creepier than the last, until I finally saw an opening across a small ditch where I could explore a thatch-roofed hut. 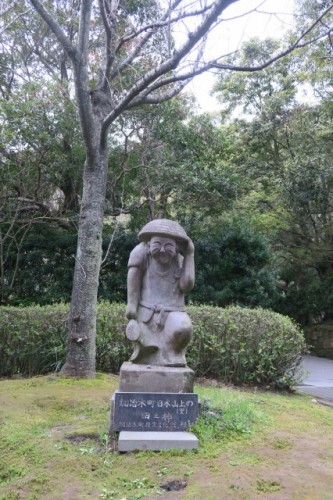 I began to think that this was indeed the castle I was searching for. It was old, worn and wooden, but was not grand at all, neither in size nor decoration. The house was the epitome of old Japanese culture, but its creaks, shadows and darkness gave me shivers. I was all alone and peering through the tiny cracks in the buildings to see inside. If someone were to jump out on me then and there, in the midst of the silence of the setting sun, I probably would have died of fright. Things didn’t ease up there, however. Peering around the garden at the back of the hut led me to the kind of withered statues that are so aged, their faces are almost unrecognisable. All in all, I was quite relieved to leave what could have been the site of a horrific scene in a horror movie, in favour of a nearby pond, bordered with some rather untidy plants and foliage. Despite it’s shabby appearance and the way it seemed to attract teenage couples, I did rather enjoy hopping through the stepping stones. 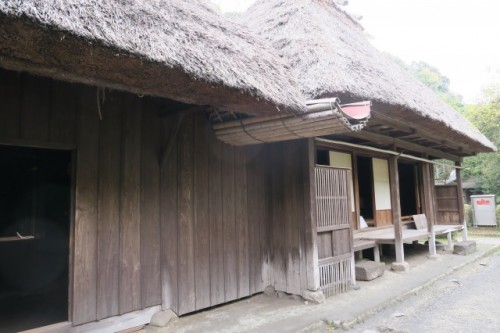 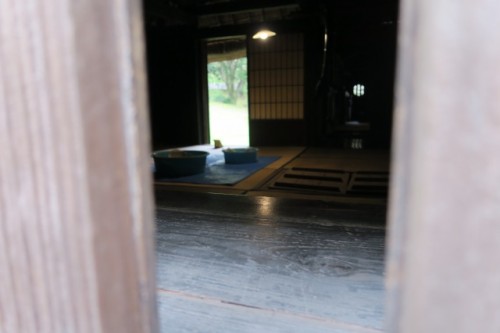 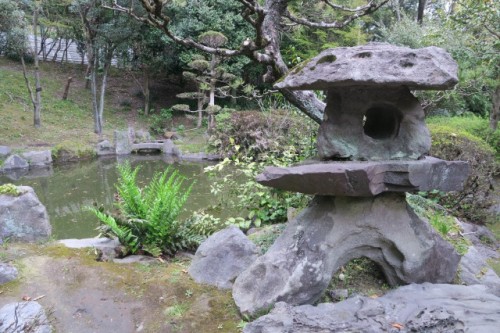 Strolling around the central museum you can find a wealth of statues of some major figures throughout Japanese history, such as Saigo Takamori and St. Francis Xavier. To add to the spine crawling nature of the place, there is also a cemetery nearby called Nanshu Bochi, which contains the graves of more than 2,000 samurai who died in the Satsuma Rebellion, including Takamori himself, who committed suicide in a nearby cave. 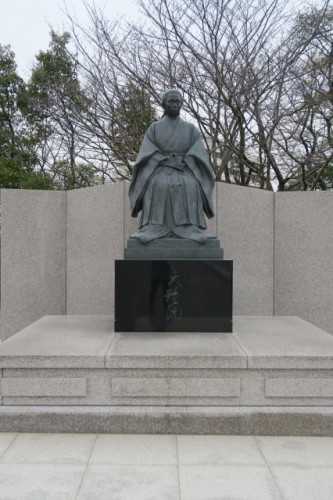 While it’s said to be one of the top 100 castles in Japan, there isn’t actually much there to look at, except the walls of the grounds and this strange hut I found. This castle, built in 1601, never had a main tower, which in itself is not too unusual, but considering it was built in such a straightforward manner, it would have fallen easily in any siege, it does not strike me as the best castle even when it was first created. To add to its peculiarity, the castle was built by one of Kyushu’s most dominant clans. 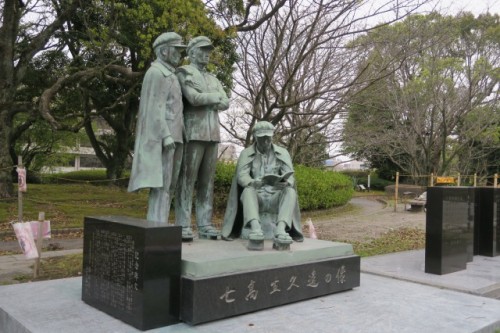 Perhaps it is this great, mysterious history that puts it as one of the top 100 castles in Japan, or maybe simply they wanted to include castles from every prefecture in Japan. Whatever is the case, I would barely consider it a castle and, while I did enjoy my evening stroll there, I would not travel too far to see it. 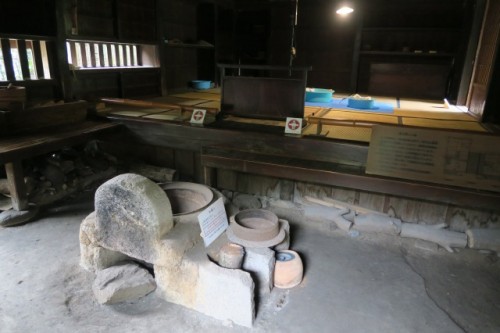 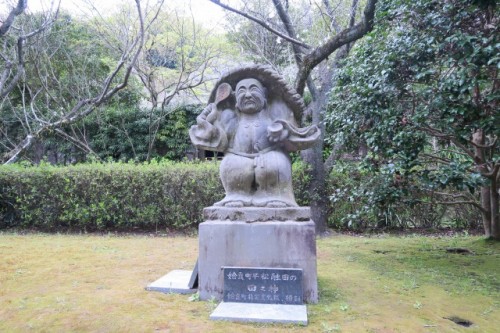