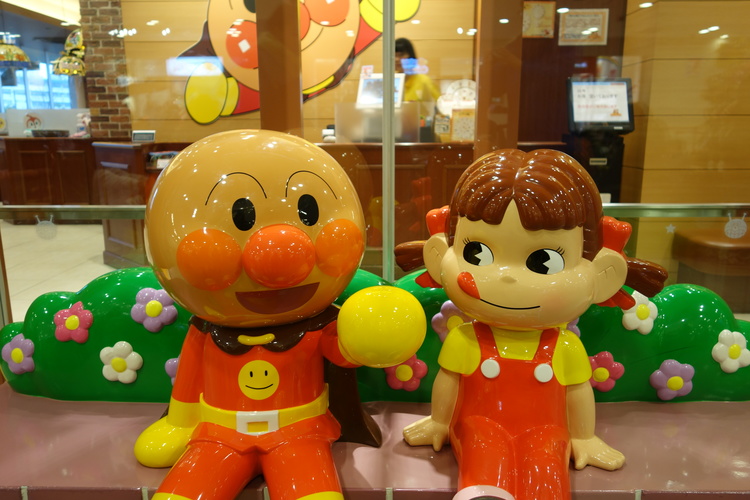 Anpanman, literally the “red bean bread man,” is a beloved children’s character in Japan. The character debuted in 1973 in a toddler-directed book series, and the story was later adapted to cartoons, anime movies, manga and video games. As a TV series that has been on air since late 1980s, Anpanman and his character friends are seen on children-related products almost everywhere in Japan. 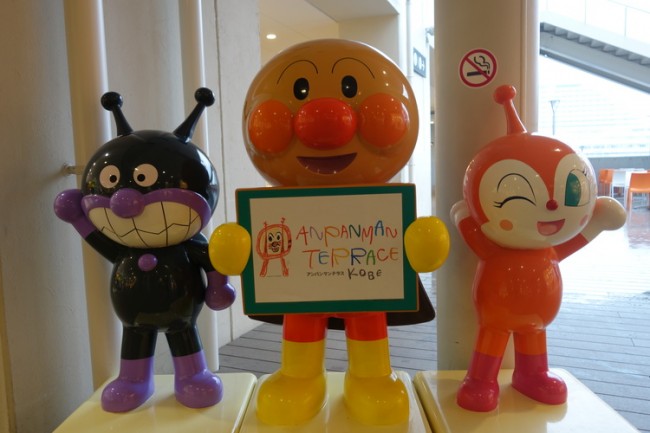 The story is simple: Anpanman goes around saving those in need, whom most of the times are hungry, by giving them a piece of his bready face. The theme – justice and friendship – may not seem unusual, but it actually traces back to the writer’s own WWII experience, where he was faced with starvation and the question of countries in war versus the “real” justice. The writer’s ideas of fighting evil and saving the starving were literally translated to hero Anpanman’s standing up against what is wrong and his willingness to sacrifice himself so as to let others eat. 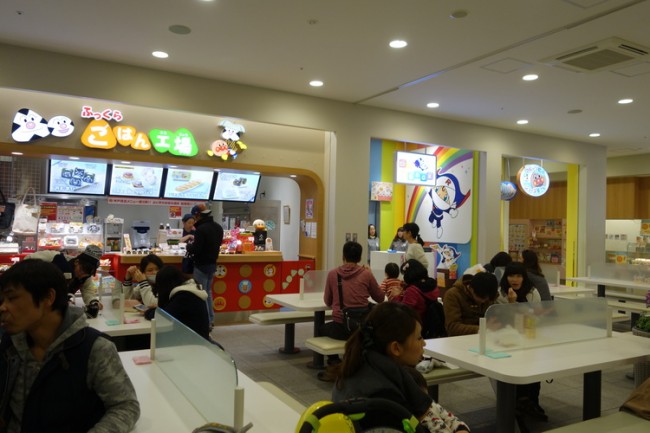 But such a heavy underlying message is probably given less thought today when we look at these cute, colorful character faces. Anpanman is synonymous with a successful franchise locally and overseas, that represents an unlimited market for everything imaginable. The theme parks, which can only be considered as natural by-products of the franchise’s popularity, have become one of the must-goes for young parents and tourists of the Millennial generation. 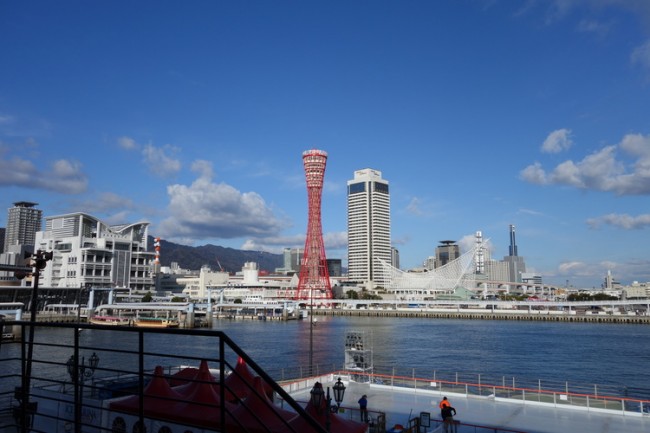 I passed by the Kobe Anpanman Children’s Museum & Mall (神戸アンパンマンこどもミュージアム＆モール) numerous times, but had never stepped foot anywhere close until a visiting friend brought it up. Tired of deciding where to go for her first time in town, we agreed that Anpanman Museum might be a fun choice for the both of us. Plus there’s the landmark Kobe tower to satisfy her “been-here” selfie needs. Perfect… but not quite so.

It was a Saturday, rainy and cold. We arrived at the Anpanman museum after lunch, which was one of the busiest times of the week. Already wet and cold, we rushed to the entrance, only to see heads of big and small crowding, running and shouting. We decided the museum could wait this time, and to just give the free-entry Anpanman mall a quick tour before anyone stressed out. 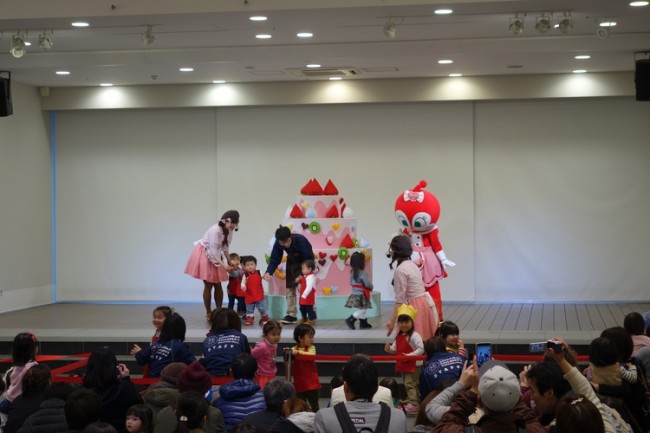 It turned out to be the right decision. Because if you are just looking for photo spots, the mall below the museum has more than enough. Plus there are daily scheduled shows on the center stage that you can watch for free, if you don’t mind the crowd that is.

We happened to catch the 15:00 show, a story about Dokin-chan (ドキンちゃん) preparing a cake. Kids, who were dancing, singing or plainly jumping or waving, seemed to be wholeheartedly amused by the dancing mascot and a couple dancers dressed in cute, exaggerated aprons. We reflected how great it would be if we, the adults, could only be pleased or entertained this readily. 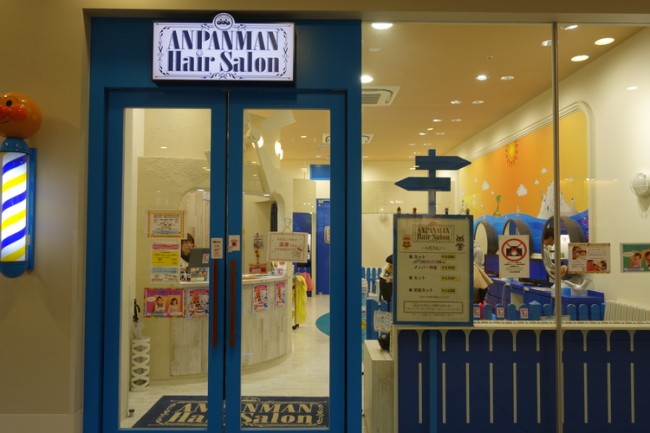 We strolled around the mall after the show, and were astonished by how effortlessly everything could be Anpanman or friends. The restaurants, snacks and drinks were no surprises, and certainly not the children clothing or souvenir cookies – but a hair salon? My first instinct was, “Anpanman is bald!” We looked closer: Ok, so it was the Anpanman chairs that the kids got to sit in in order to have a haircut. Phew. But a 3000 yen haircut is… oh well, I guess if you can get kids who do not like getting haircuts to sit down quietly, then it might be worth it? 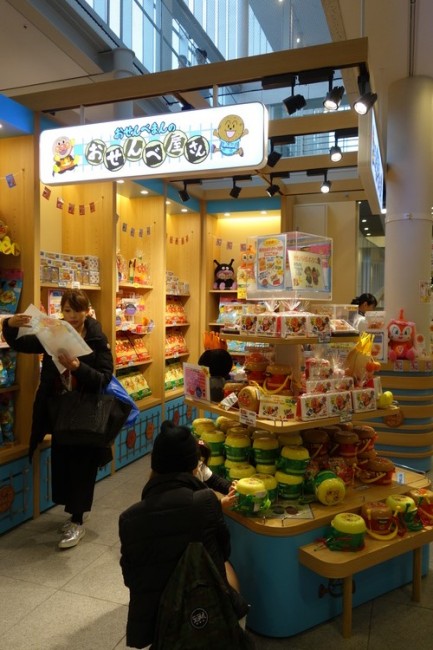 The biggest souvenir store was located a little outside of the mall. Beware not to overspend though – everything was too adorable. There is always someone who can use this or that, I know, I know. But just try to take a pause before you pay for that basketful of Anpanmans, promise? 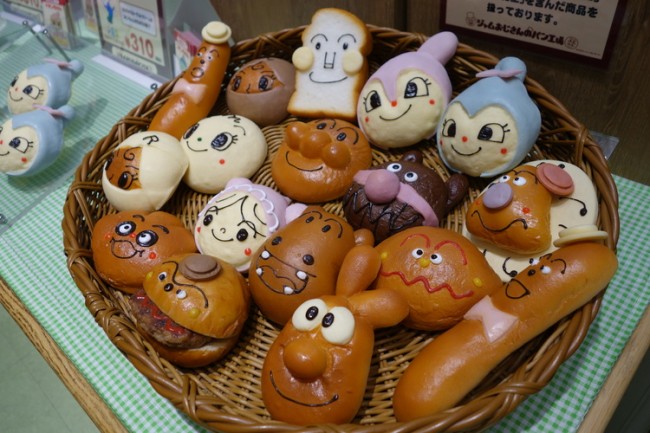 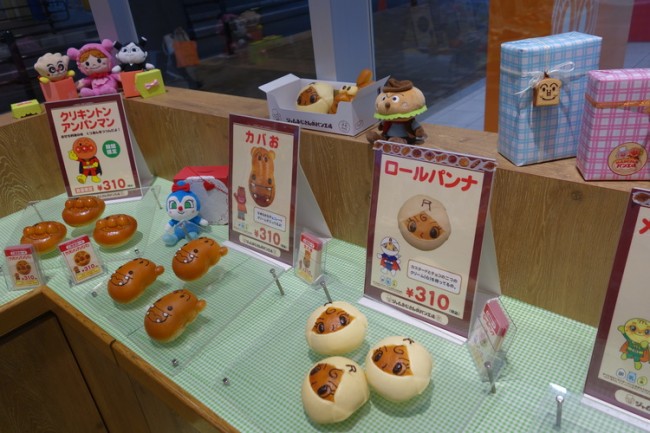 The bakery across from the big souvenir store was another highlight. Yes, you can get to bite Anpanman’s (or any of his friends’) head. The bread dough was probably premade, but the products were baked to order. What you need to do is to get the purchase cards of who you want to eat, line up (forever) to pay, wait for them to bake, then the freshly baked characters will be all yours. Too cute! 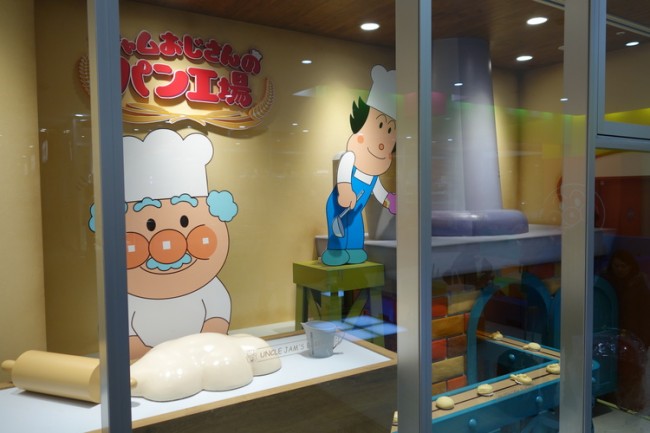 We spent longer than expected in the mall, but everyone left cheery and happy. All right, I guess I will make a trip back to the museum after all.

Hence, I came back in a good mood on a sunny day, believing I could go crazy on the pictures. Why, the porch outside of the entrance seemed a bit empty? And what’s that little piece of paper hanging? 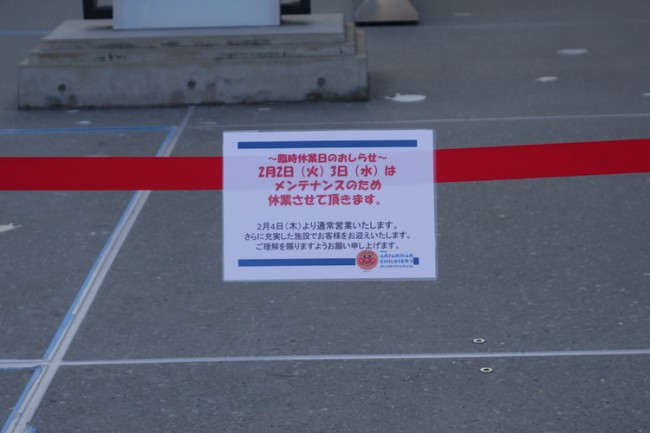 “Closed for maintenance.” Ok, the museum can wait, again. 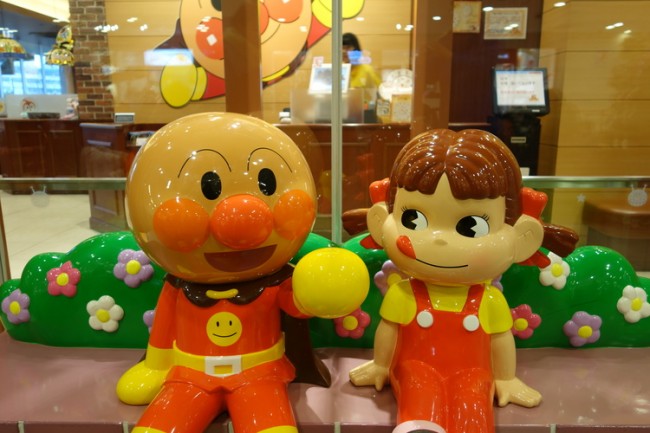 For those who are planning to go to the museum, please note that the tickets cannot be purchased in advance and are sold only at the entrance. Each ticket costs 1800 yen per person for those over 1-year-old. There is no known discount for the tickets, but they are good for multiple admittance on the same day, so it might be a good idea to go early, leave for lunch or shopping in Umie and the surrounding areas (which offer a good amount of eating and shopping choices), and come back whenever desired. Another note is that baby strollers, if you have one, can be stored for free before entering the Anpanman museum.