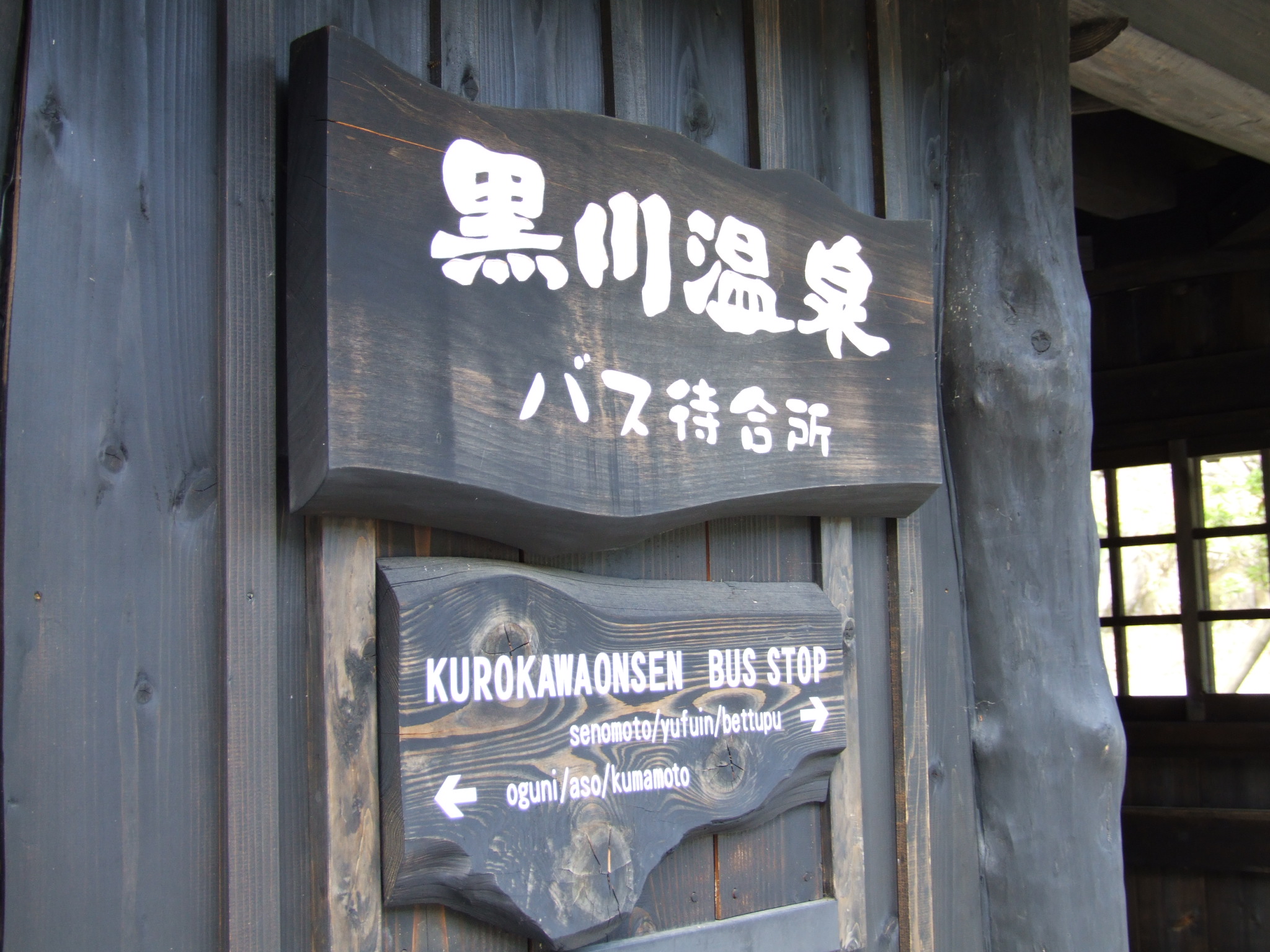 Can there be such a place? Away from it all, away from the stresses and physical injuries we give ourselves every day? A world of volcanoes, natural hot springs (onsen), people walking in the night wearing their yukata and geta, without a care in the world? Where the food is rich and plentiful, as if you could pluck off the branch of a nearby tree and have it taste as sweet as the most succulent honey?

There can be: Kurokawa onsen village.

What is Kurokawa?
One of the best onsen villages in Japan, filled with western and Japanese lodging. Small shops are everywhere, offering fresh soft cream and nice lunches if you want to explore after check-out. Surrounded by nature, in the valley between two rather large hills. 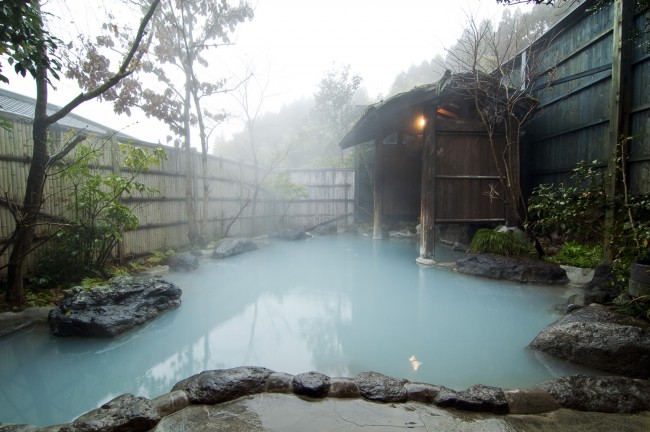 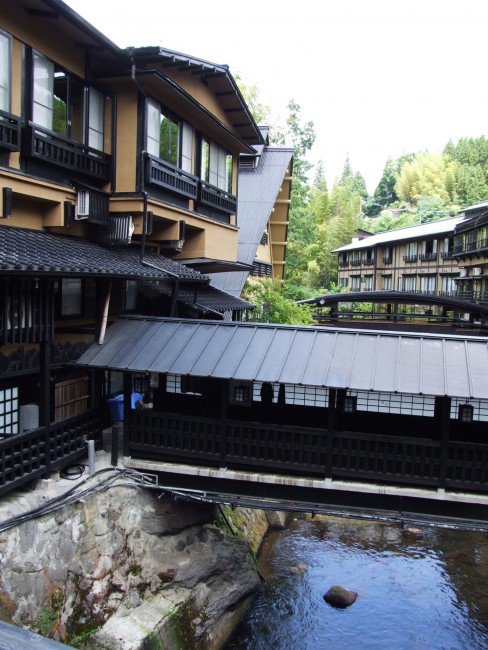 What to eat?
Naturally, your breakfast and dinner will be provided. Don’t miss out on some huge spectacular meals, including: basashi (horse sashimi), yakiniku, sashimi, and fresh vegetables. 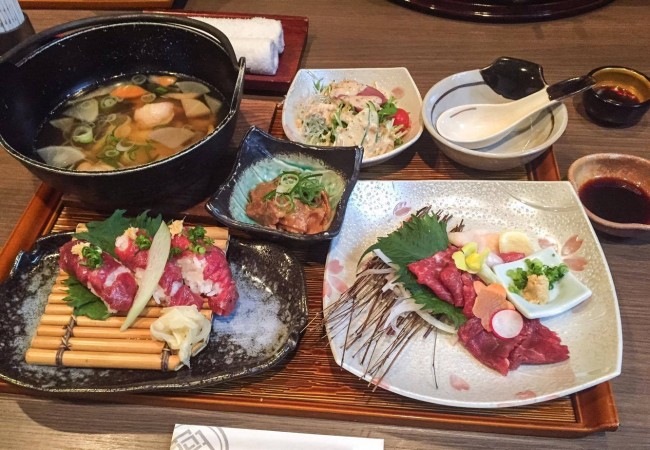 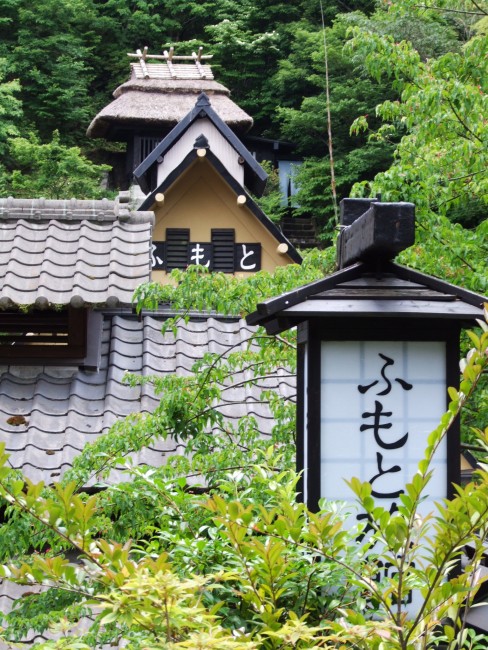 Where to stay?
You have many choices, including new western style hotels. However, Kurokawa’s traditional lodgings are reasonably far apart, so be sure to look on the map for one within walking distance of the main village. Although there’s no harm in never leaving your ryokan (Japanese style inn), you’ll want to see the village at night. It’s impossible not to find a bed with a great view, though.

Shinmeikan has one of the better locations out of all other lodging in Kurokawa, being set apart by a bridge, and practically built on a cliffside. It’s in the middle of the village, and has the most unique onsen in the area, the cave rotenburo (outdoor pool). Rooms can cost up to ¥18,000, but one can expect to pay at least ¥15,000/night in Kurokawa. 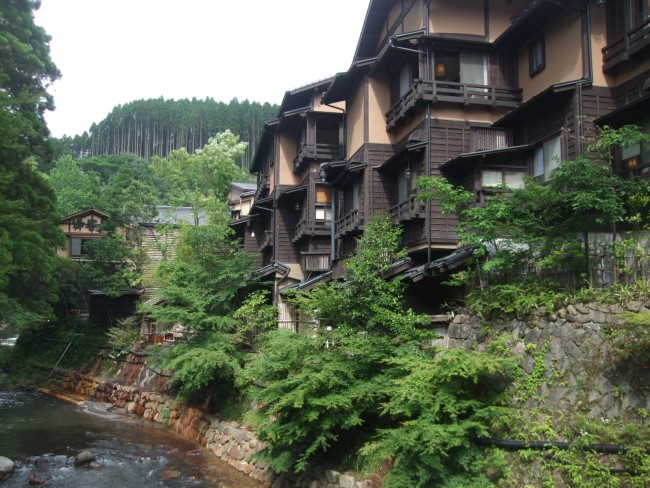 What to do?
Relax. One thing. Relax. It’s a very bad idea to come to Kurokawa and not stay the night. I’d recommend at least two nights if you can afford it. The last thing you want to do in the best onsen village in Japan is stress out about bus timetables and onsen closings. Don’t. Relax, and try not to come alone, as hot springs hotels are considered a very romantic getaway. 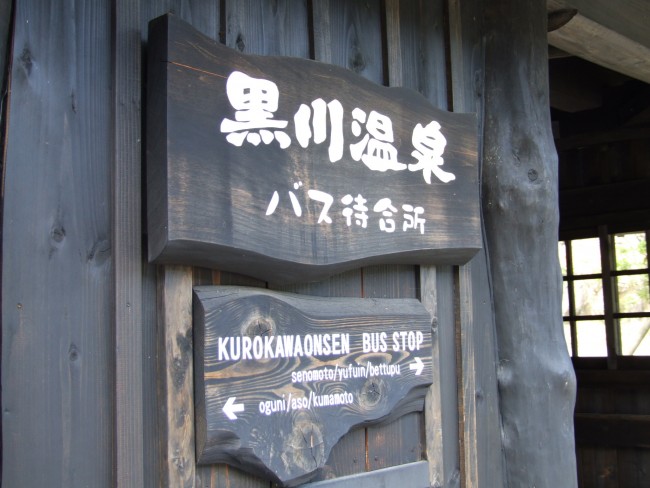 Visit all the pools you want.
If you have no choice about an itinerant stay, you can purchase a special wooden medallion at the visitor’s center. This medallion, costing ¥1200, will get you into three onsens of your choice (note the special onsen stamps after use). Although it does make a nice souvenir, you can buy the same medallion without the onsen admission charge for ¥200. While I do recommend trying all the onsens of Kurokawa, it’s just not worth the hassle in this case, walking from onsen to onsen, keeping track of the time, and managing your own clothes and towels. Check into a ryokan.