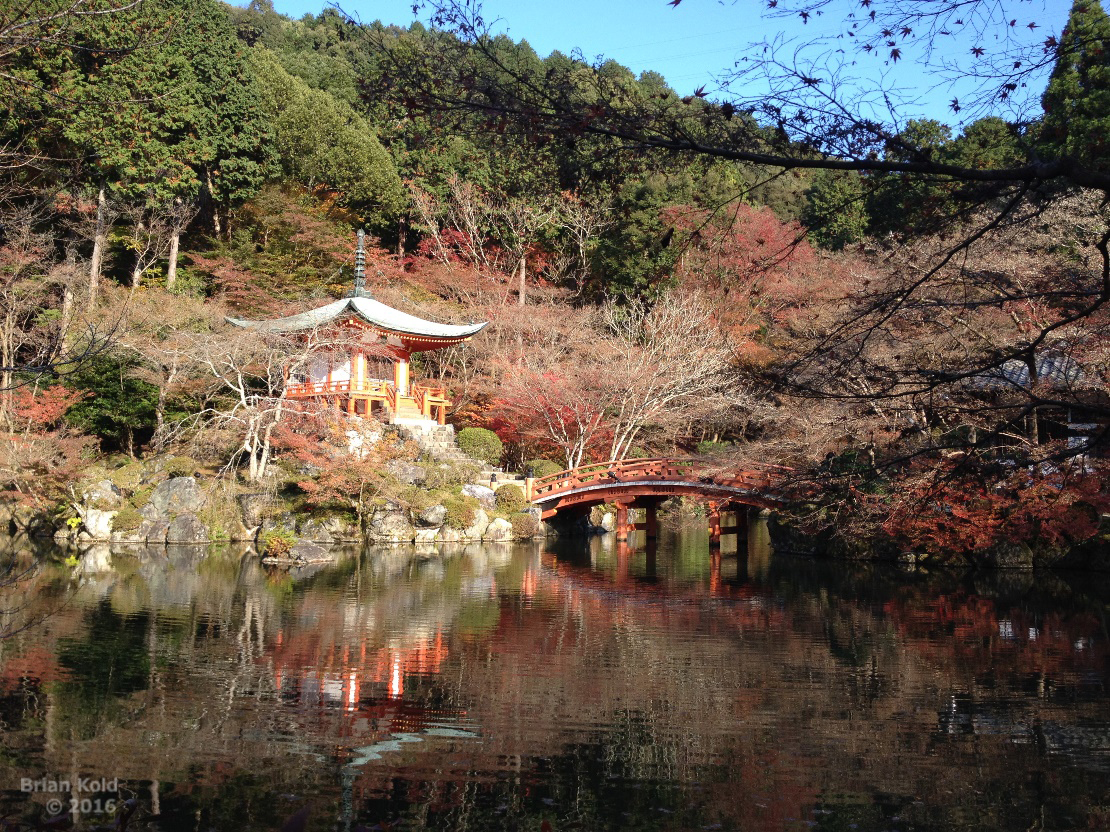 The temple complex of Daigoji at the base of eastern Kyoto’s Kami-Daigo mountain is one of the city’s largest and oldest Buddhist complexes. The complex consists of three parts, being Sanbō-in (garden); Kami-Daigo (upper) and Shimo-Daigo (lower). Although you can easily spend a whole day walking through the entirety of the grounds, the latter section in particular draws visitors from across the world for its iconic scenery and 1.000-year-old pagoda.

Kondo, the Golden Hall
Entering through the main gate of the Shimo-Daigo is already a humbling experience with the trees embracing the path in front of you. As you move further, the Kondo appears behind a thinner line of trees. This hall is Daigoji’s main hall, where its Buddhist monks chant their sutras and conduct their religious activities. The building, however, was not Daigoji’s original hall; nor was it actually built here first. It was relocated to its current location 100 kilometers south from Daigoji Temple in Wakayama Prefecture around 1600 AD. 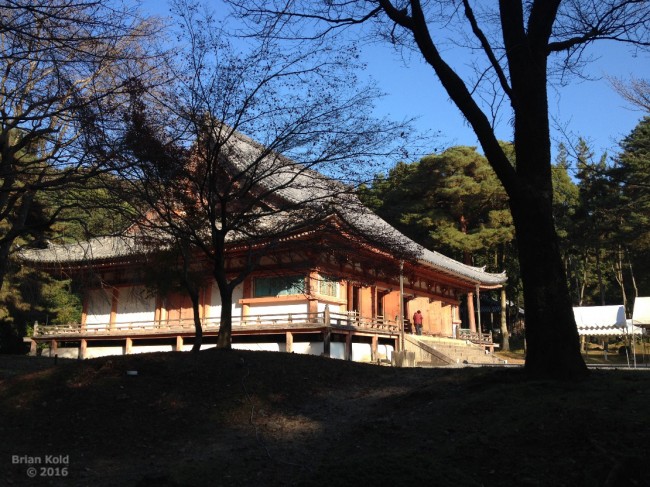 Goju-No-To, reaching for the heavens
Constructed over a period of 15 years in honor of Emperor Daigo, the pagoda you notice across from the Kondo reaches about 38 meters into Kyoto’s autumn skies. Its sorin, the top of the pagoda, is approximately 13 meters and gives the pagoda a stable appearance. 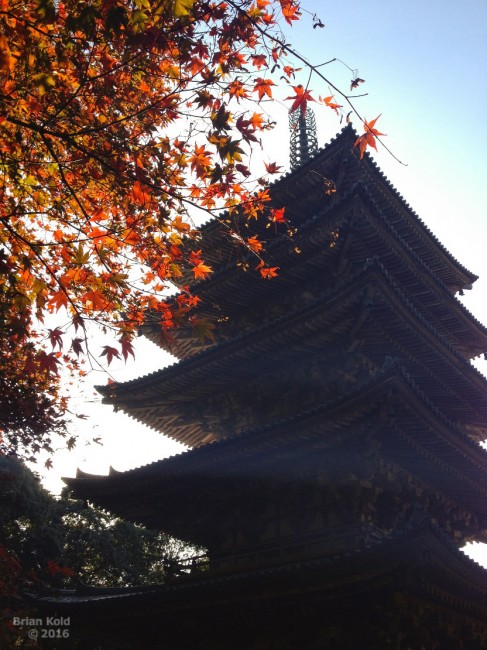 Bentendo Hall’s Autumn Colors
With nature’s touch in the furthest corners of Shimo-Daigo lie the most iconic sights that have become almost as representive of Kyoto as Gion and Kiyomizu-dera.  This is the vermillion Bentendo Hall. When the shroud of autumn falls over Japan, the trees countless colors combine with the reflective pond and seemingly secluded scenery, transforming Bentendo Hall into one of Japan’s most beautiful sights. 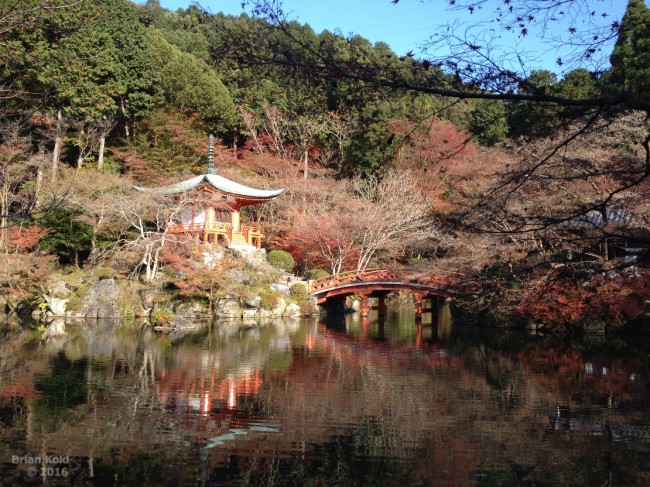 The hall is dedicated to Benzaiten, the Buddhist goddess of everything that flows which includes speech, music and knowledge. She is therefore often protrayed with a musical instrument or associated with mythical sea-animals such as serpents and dragons. For those who seek a bit of extra fortune in their lives, she is also one of the Seven Deities of Good Fortune. 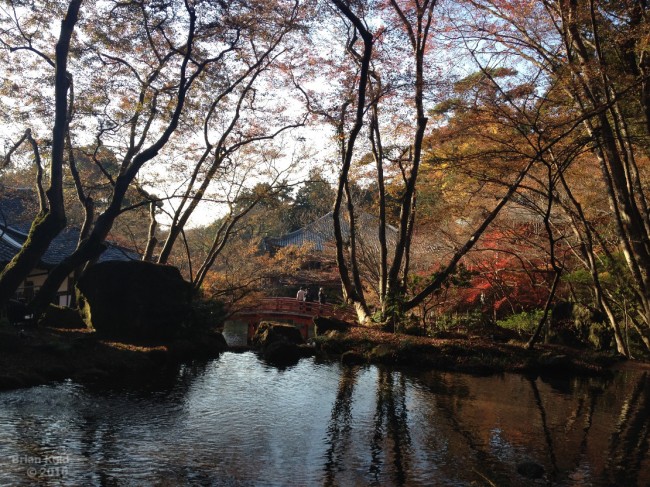 Access, opening hours and fees
The closest station to Daigoji Temple is Daigo Station on the Tozai Subway Line.  The station is located 15 minutes away by foot. To get on the Tozai Subway Line from Kyoto Station, you have to first go to Yamashina Station on the JR Kyoto Line and transfer there. Another option would be to take the “Yamashina Express” busses also operated by Keihan for about 30 minutes from Kyoto Station.