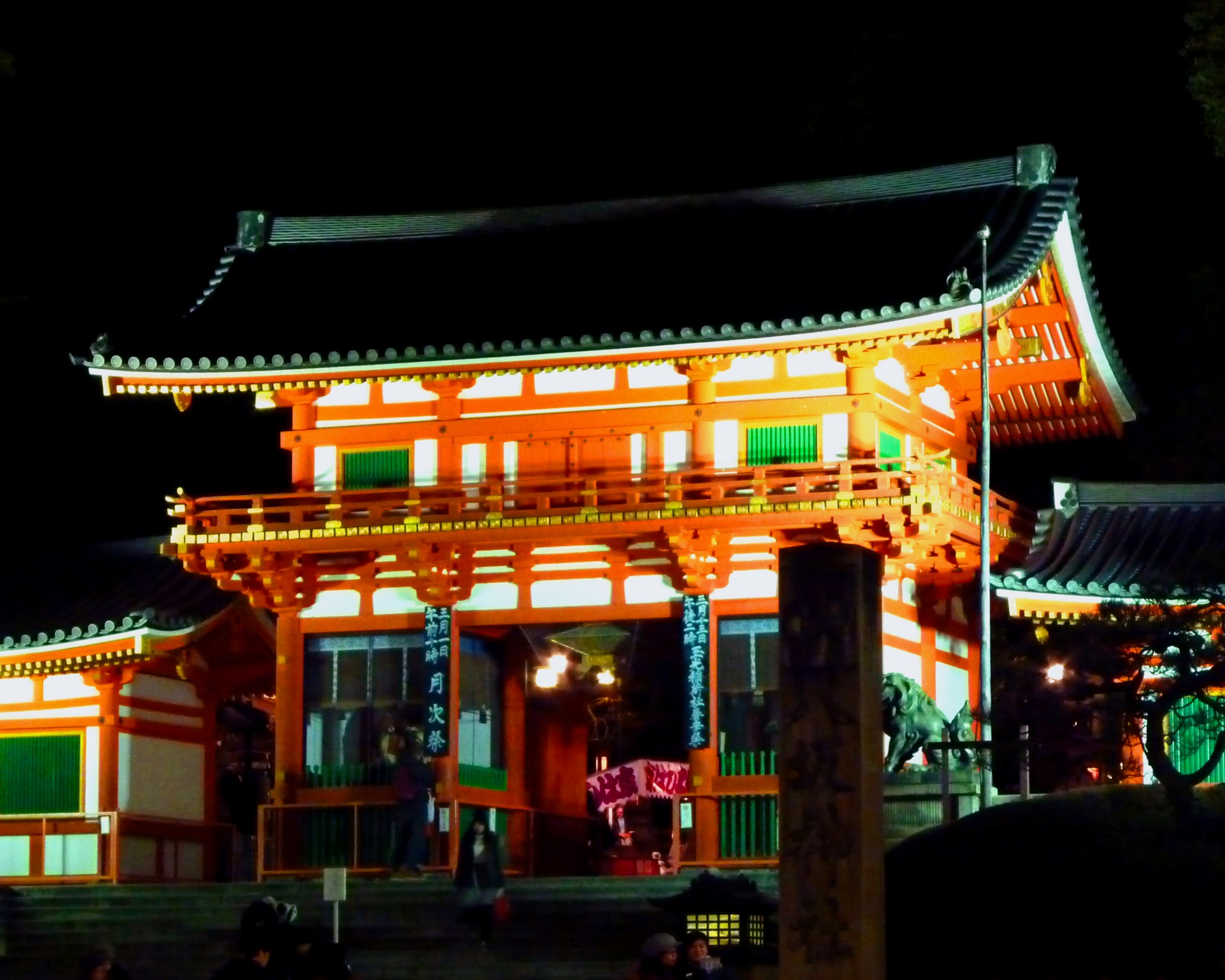 Except for the New Year’s Eve celebrations, have you ever visited a Japanese shrine at night? In Japan, Shinto shrines and Buddhist temples usually close at 17:00. Or, instead of closing, they may only keep low-level lighting on, or even turn the lights off altogether. Which means that even though the entrance may still be open, being at the shrine after sunset can feel creepy. However, Yasaka Shrine in Kyoto is an exception. Moreover, it can be said that the best time to visit Yasaka Shrine is in the evening, or at night. 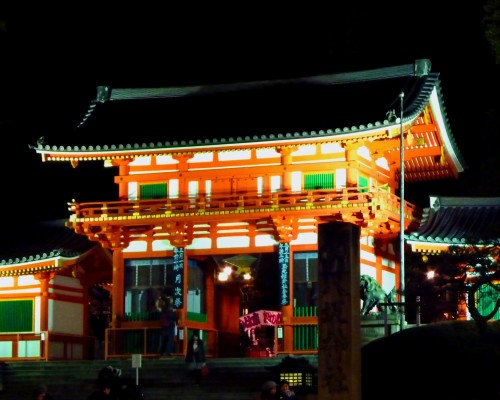 The Main Gate of Yasaka Shrine

A Brief Introduction of Yasaka Shrine

Most of Yasaka Shrine’s buildings were built in 1654, under the order of the shogun (military leader) at that time – Ietsuna Tokugawa. Located in Gion – Kyoto’s most famous entertainment district and the center of its traditional arts – it is dedicated to Shinto deities: Susanoo no Mikoto and his consort, Kushinadahime.

Because the shrine is located in Gion, sometimes it is also called Gion Shrine. Tourists often visit this shrine while they are exploring the area. Yasaka Shrine is well-known for the Gion Festival (Gion Matsuri) one of the largest festivals in Japan. It is also a famous place to pray for weddings, love and newborn babies.

The Alluring Illumation of Yasaka Shrine

Illuminated by lanterns, Yasaka Shrine is lovely at night. Most buildings are lit with large paper lanterns, making it a wonderful place to have an evening stroll and enjoy the traditional Japanese atmosphere. 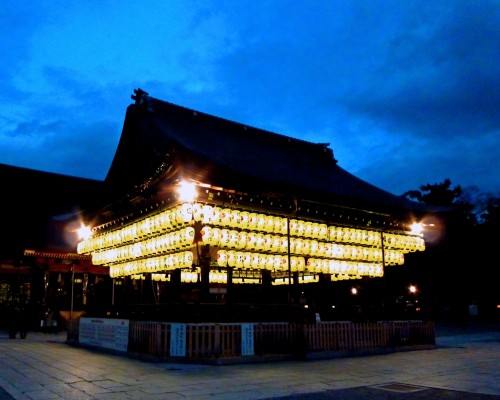 A Stage Decorated by Paper Lanterns

The lanterns are covered in kanji-writing which denotes the names of the Gion Matsuri sponsors. 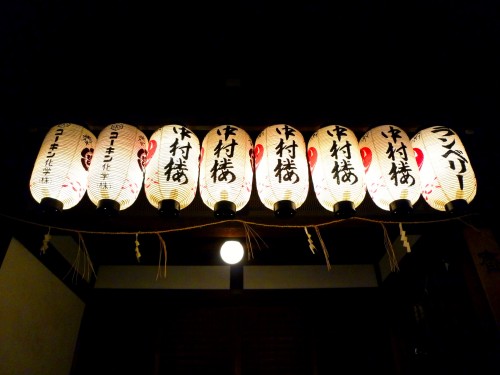 The shrine is not only decorated by paper lanterns, but also by arcades of vermilion lanterns. 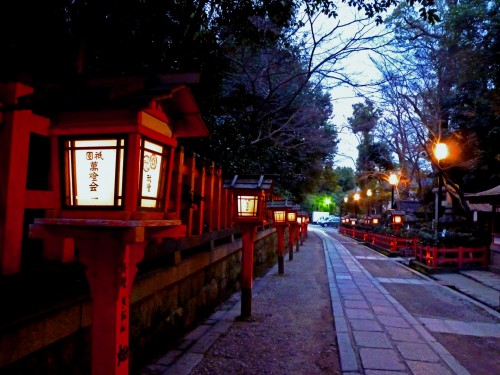 Additionally, there are wooden lanterns hanging on the shrine’s main building. 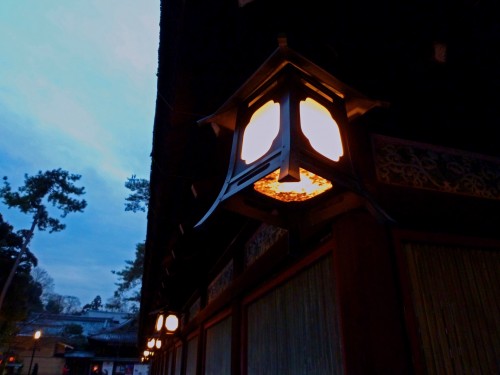 Train – Take the Keihan Line from Kyoto Station and alight at Gion Shijo Station. Or, take the Hankyu Line and alight at Kawaramachi Station.