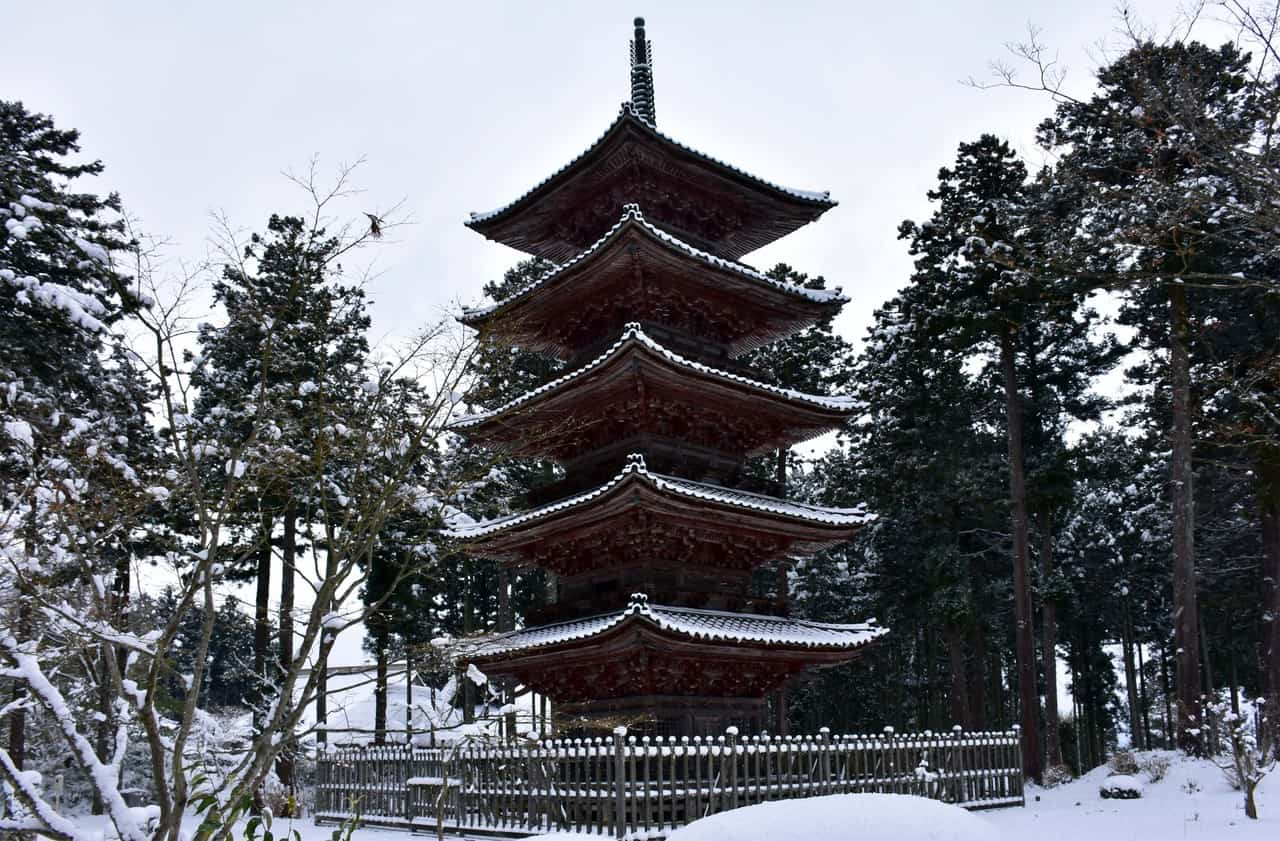 The Culture of Sado Island, “Island of Exile,” in Niigata

Sado Island is a beautiful island off the coast of Niigata, in Japan. The island has a very interesting history and is known as the Island of Exile. This is because many nobles and intellectual people were exiled to Sado as punishment. The people that were exiled were people that the government found to be “difficult” or “inconvenient”. Emperor Juntoku, Nichiren Shonin (a Buddhist monk), and Zeami (who is considered to have perfected Noh theatre) are the most famous exiled people. 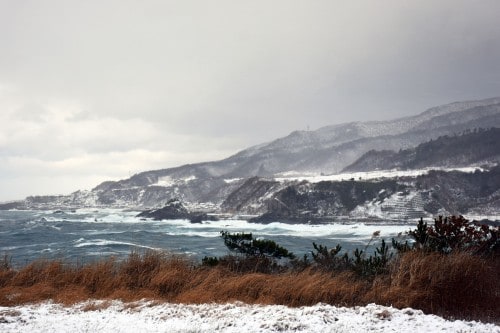 Sado: known as the “Island of Exile” due to its distance from main land

The culture on Sado Island is a mixture of several different origins. The exiled nobles and intellectuals brought a kind of court culture to the island with poetry and instruments. Commissioners and officials came to Sado as the gold mining was at its peak. They brought a kind of samurai culture with them, such as the Noh performances. Merchants and shipmen came to Sado Island, attracted to the prosperous gold mines. These shipmen brought with them a culture for the commoners or townspeople that included many folk songs and rituals. Even today, you can see the traces from all of these different cultural aspects on Sado Island.

Noh Theatre was originally an art form for samurai warriors, where they could learn from the performances. Zeami, a playwright and performer who was exiled to Sado Island, is considered to have perfected the Noh art form.

Noh quickly spread and became an art form dedicated to gods in Sado. This meant that villagers would enjoy watching and taking part in the performances. Noh culture is a big part of the daily life on Sado Island, and you can see Noh performances between April and October. 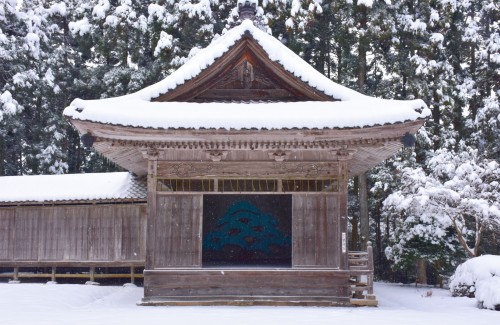 At the peak of Noh, there were over 200 stages on Sado Island. Only 35 of these remain today, and most of them are in shrines.


The culture on Sado is an unusual mixture brought to the Island by nobles and intellectuals, commissioners and officials, as well as merchants and shipmen.


Ushio Shrine, or Katagami no Tenno-san as it was also called, has a long history of Noh performances. The shrine is located near the beautiful Lake Kamo. 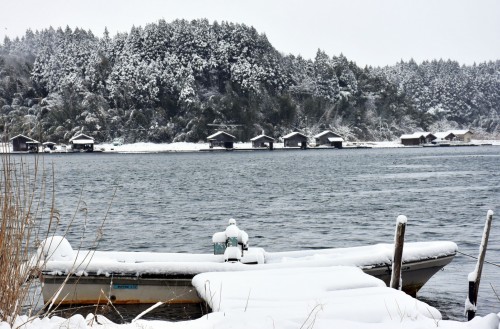 Lake Kamo as seen during a snowy winter

The Noh stage at Ushio Shrine was reconstructed in 1901 and is a dedicated Niigata Prefecture Tangible Cultural Asset. This was one of four stages in the Kuninaka area where Noh performances were often held.

This shrine is beautiful all year around, but I was lucky to be here when there was an unusual amount of snow. I found that the winter wilderness showed more of the abandoned beauty in this place. 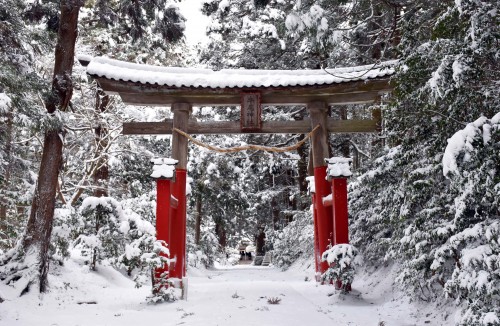 The gate of Ushio Shrine 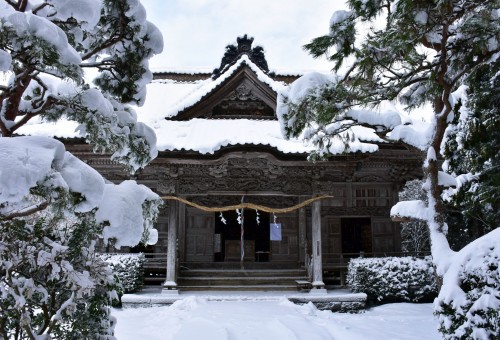 
Nichiren was a monk who was exiled to Sado Island in 1271 due to his book Rissho Ankokuron, meaning The Establishment of Righteousness and the Pacification of the Country.

Tamemori Endo, a man very devoted to Nichiren, was also exiled to Sado Island. Together with his wife, who was a nun, they opened their home as a temple in 1278. This is thought to have been the beginning of Myosenji temple, which belongs to the Buddhism form Nichiren. 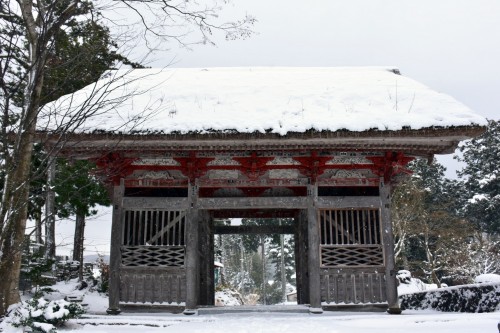 The entrance to Myosenji Temple 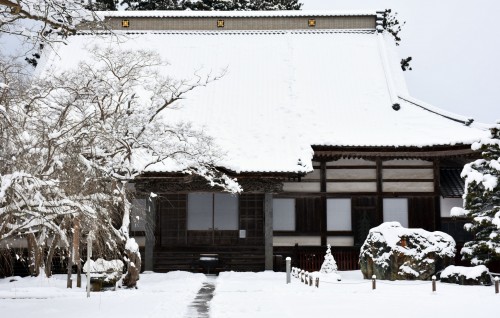 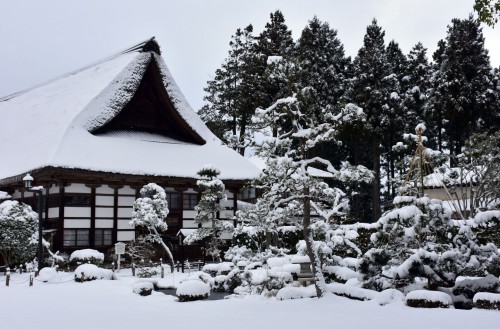 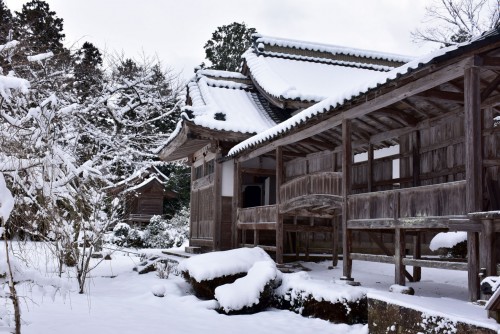 The only 5-story pagoda in Niigata prefecture can be found at Myosenji temple. This is a stunning pagoda that stands surrounded by tall pine trees. The temple site also contains the grave of Suketomo Hino, a court noble who was exiled to Sado Island after the Shochu incident. 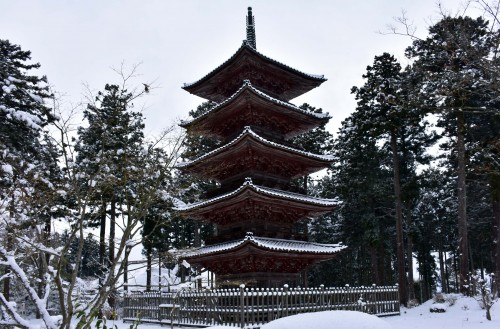 
When Emperor Juntoku lost the Jokyu war in 1221, he was exiled to Sado Island where he lived until he passed away aged 46 in 1242. Mano Goryo Mausoleum is his official cremation mound; pine trees and cherry trees were planted to mark the site. 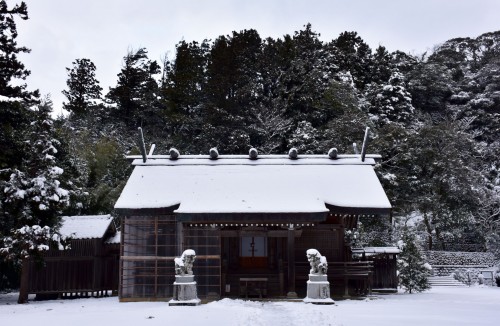 The culture of the townspeople – Folksongs and theatre


Sado Okesa is a folksong and dance that shipmen brought to Sado Island. The songs were first used at parties, but then they were eventually sung together while dancing at Bon festivals, a celebration of the spirit of the dead returning home. Later, the songs were also sung in the gold mines on Sado Island. 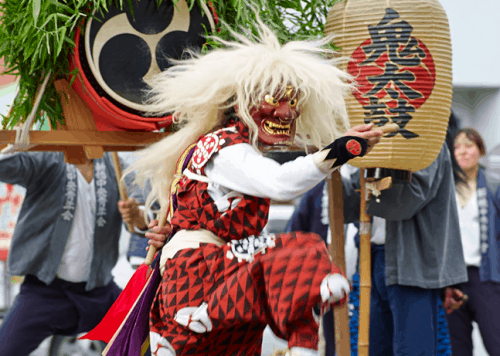 Every May, there is a festival called Ondeko. For further details, please click here.

In mid-September, you can see the Hanagasa Odori, which is a dance that is performed to pray for a rich harvest. The dance has four stages and the dancers wear hats decorated with flowers in many colours as they perform. This old ritual is a designated Niigata Prefecture Intangible Folk Cultural Asset.


Sado is known for a pottery form called mumyoiyaki. Mumyoi is the name of the red clay that comes from the area of the Kinzan gold mine where the ground is rich in minerals. These pottery pieces range from household items to art crafts. The work of Sekisui Ito can be found in the Aikawa area.

Sado is also famous for high-quality bamboo products. About 20 different kinds of bamboo grow on the island, and small accessories and household items can be crafted from this strong and flexible wood. Bamboo crafts are not only a form of folk craft – they are famous all over Japan.

Den Den Town Osaka – A District For Gamers and Otaku

Nakazakicho, a Bohemian Neighborhood in Osaka