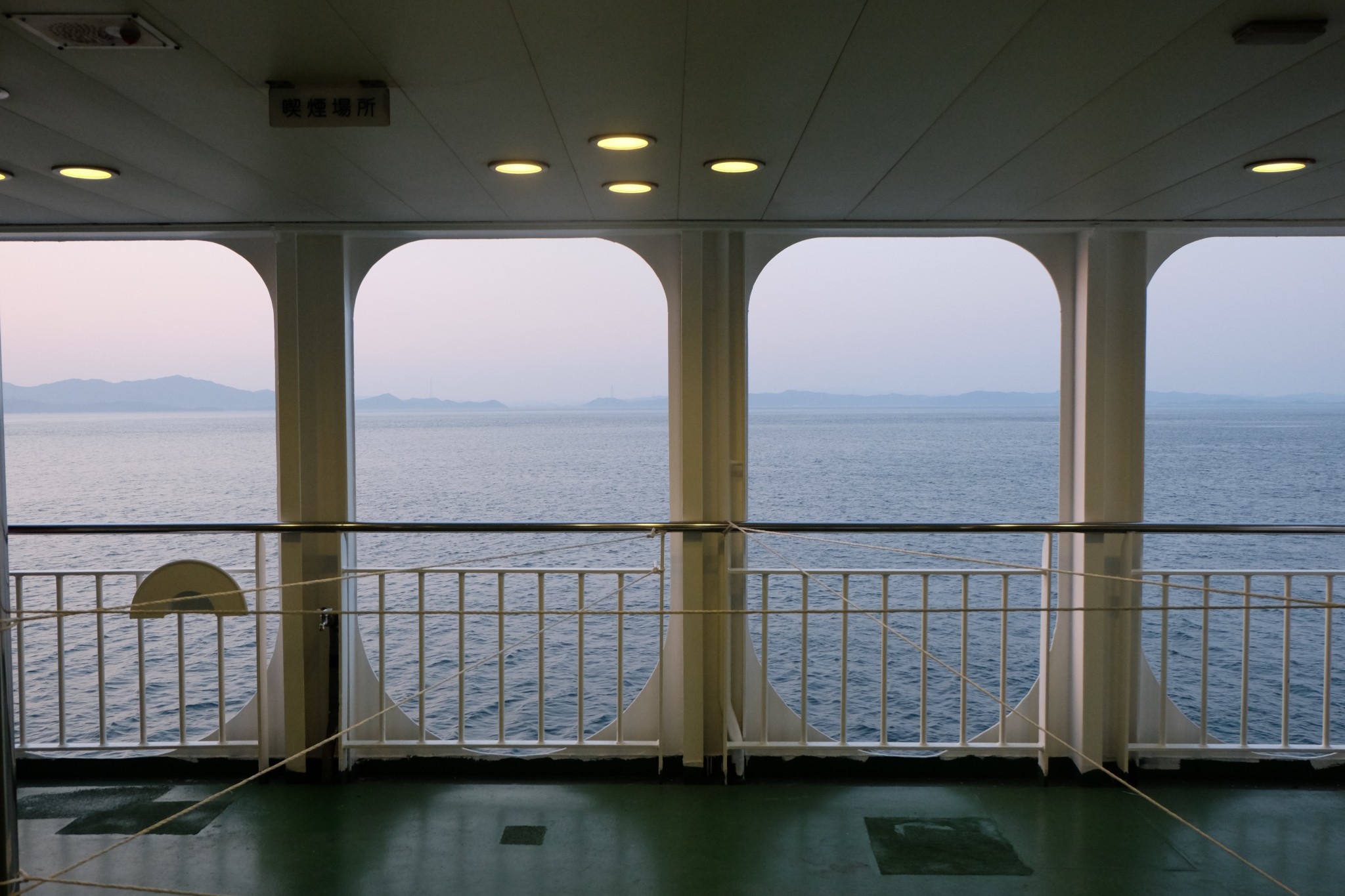 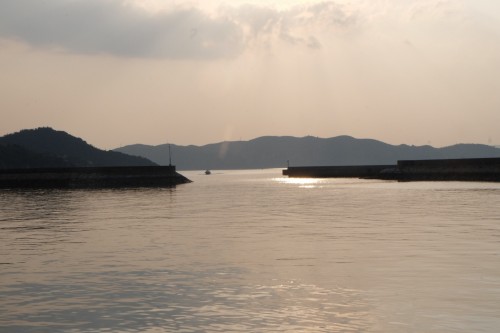 The Triennale art festival is a three season, open-air art event that showcases the work of well-known contemporary artists such as Yayoi Kusama, Tadao Ando, Bruce Nauman, and James Turrell, as well as emerging Japanese and international artists.  Usually these beautiful islands are quite tranquil and uninterrupted, but during the festival’s open seasons twelve islands are open to the public over three separate seasons throughout the year, totaling 108 days of culture, art and people uniting together across the Inland Sea, one of Japan’s most strikingly beautiful areas. 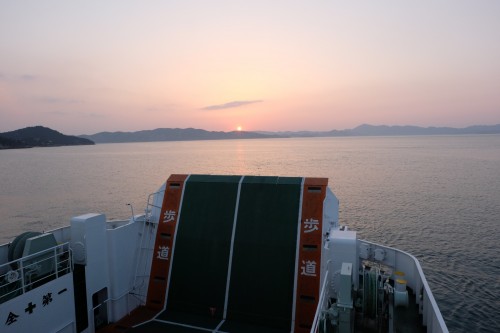 Sunset seen from a ferry on the Seto Inland Sea

The festival is celebrating its third anniversary during 2016, so we’re in luck! It is officially the year for art island hopping, and there are two remaining open seasons you can experience in 2016! 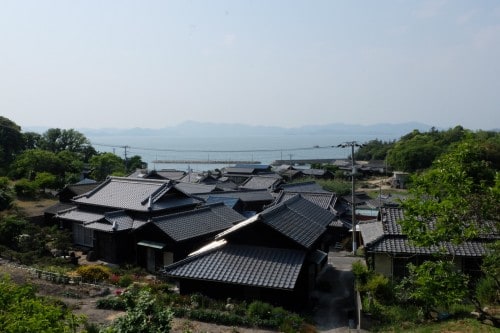 Historically, the Setouchi area was a hub for trade and unique culture, but its economy declined as globalization  impacted the islands’ industries and the younger populations left for mainland Japan. In an attempt to form a creative new economy for the islands,  the Bennese Art House Projects (1980s) were launched to rejuvenate the Setouchi area. Abandoned and dilapidated  homes, factories, and landscapes were given new life with artistic architectural experiments.  Much artwork is outdoor sculpture and installations constructed inside traditional Japanese houses. Through the collaboration of emerging and established artists, architects, and local craftspeople, the community throughout the islands has cultivated an art experience enchantingly unique through the Triennale art festival – the Setouchi area is alive once more!

The Setouchi revitalization has been successful in turning these seemingly deserted islands into a series of living galleries – artwork is constantly changing and growing. People interested in art are starting to find out about them, often visiting Japan just for these art islands.

There are 14 different locations that participate in the Setouchi International Triennale – the festival spans 12 islands along with 2 port cities.

Some islands only participate during specific seasons, so be sure to check in advance.

My favorite part of the experience was the juxtaposition between traditional Japanese homes and super contemporary artwork. There’s nothing quite like seeing Sou Fujimoto’s angular mesh sculpture perched upon the edge of the Miyanoura harbor in Naoshima against a backdrop comprising traditional Japanese tiled rooftops and greenery. More specific to life among the islands, walking into a traditional fisherman’s storage building to the twinkling lights of a thousand glass bottles suspended from the ceiling at Mayumi Kuri’s art installation on Ogijima.

When I visited the art islands during the Triennale, I rented E-bikes (electric bikes) for traversing the mountainous landscape of Naoshima and Teshima, making traveling to as many sites as possible open in a limited time both easy and fun. I highly recommend it for enjoying the art festival, as it’s pretty inexpensive as well! 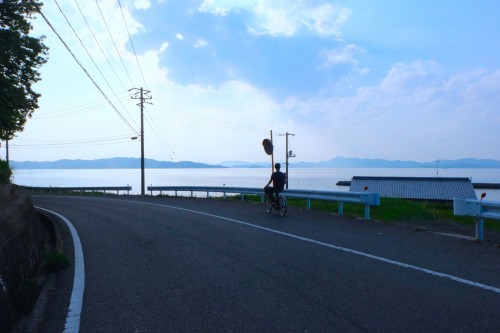 E-biking on Naoshima at dusk

If you plan on visiting for more than three days, I would recommend purchasing a Setouchi Triennale Passport for access to over 200 participating art festival sites during any season for 5000 JPY (around 45.00 USD). With the passport, you can bypass each individual art site’s 300JPY-600JPY ticket fee while also getting a stamp for each location you visit for your records. Children under 16 years old get a passport for free, so don’t hesitate to ask for one once you arrive.  More information regarding the passport here.

If you can’t make it during the open seasons, many permanent pieces will still be open year round outside of festival time. Check on Setouchi Triennale’s website to check the open dates, prices, and ferry schedule.

Californian artist on a life journey; loves collage, coffee, patterns and collaboration. Currently making artwork in different parts of the world, and sharing her travels along the way. Feel free to check out her art at www.easte-art.com!