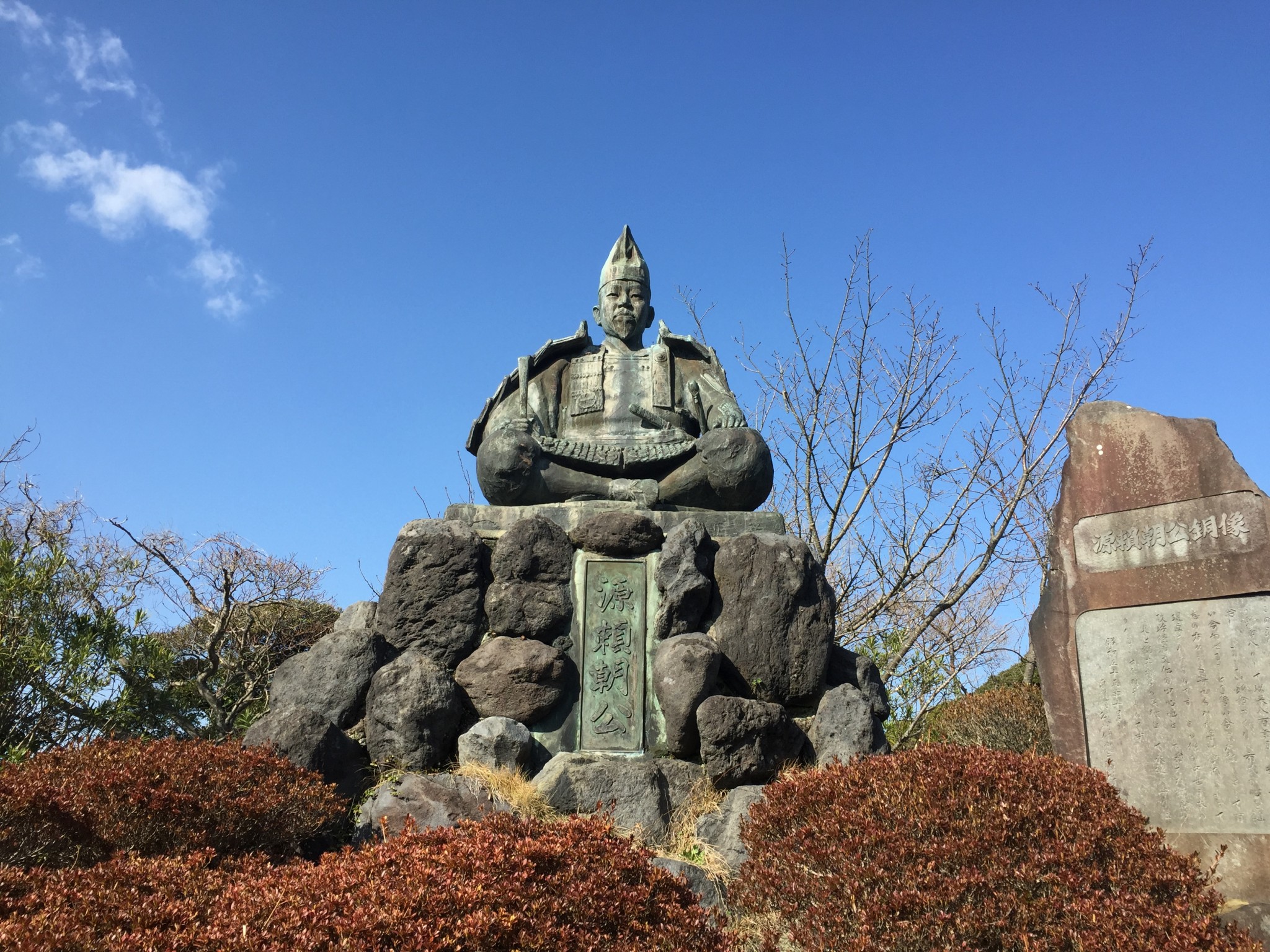 Kamakura is, as each of Japan’s former capital cities, a residence of regal history. At the heart of this sleepy city, and down the Daibutsu hiking course corridor rests the mantelpiece to Minamoto Yoritomo. This woody inner sanctum is Genjiyama park. 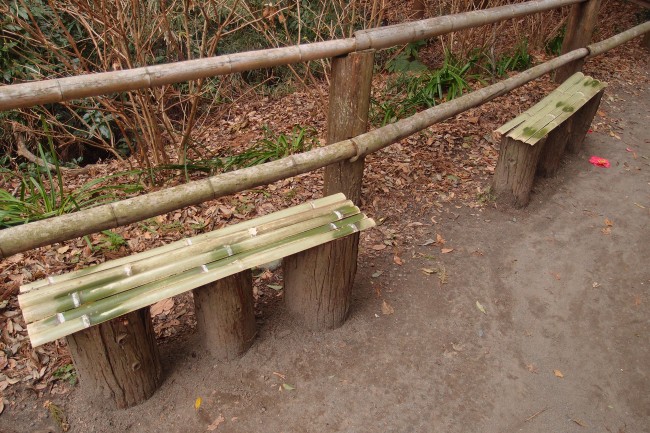 Genjiyama Park in Kamakura, how to get there:

Daibutsu hiking course is composed of sinew-sinuous trail arms; they meet by Genjiyama’s entry. I traveled from the hiking course’s northern trailhead at Kita-Kamakura (easily reached five minutes south of Kita-kamakura’s west exit). From this approach you will find yourself by the vending machines of the main park entrance. Beverages are but a scant provision, because Genjiyama’s attraction lies somewhere between the historical and the hydrangea. 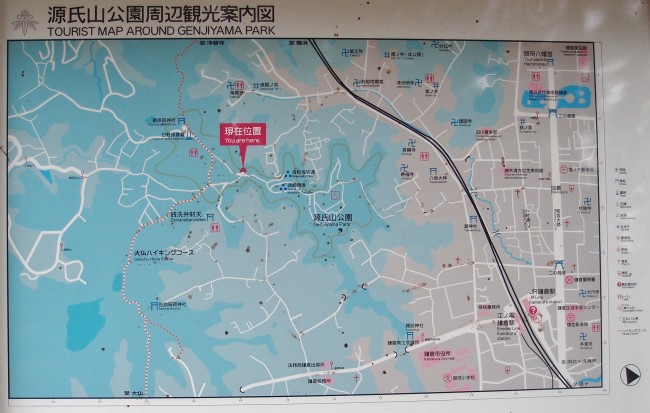 Genjiyama park’s plot was set in 1965, commemorating the Kamakura period’s 800th anniversary that marks deep age among those temples and shrines along the Daibutsu hiking trail. The Genjiyama park hills themselves are entrenched in history like the Kamakura valley they once protected from outside contesters to the Kamakura shogun’s supremacy. Entrenched; as grounds for the sword-to-head embedding of the Kamakura government’s executioners. 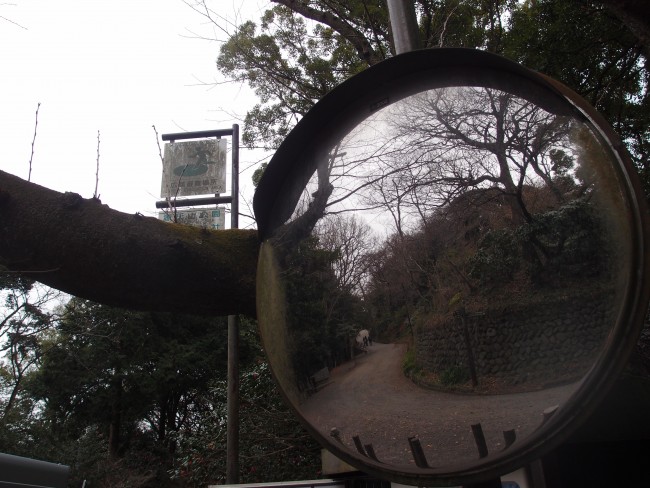 Approaching Genjiyama park portal, I noticed a signpost reading ajisai (hydrangea). Kamakura is a prime place for summertime hydrangea blooming, while peering into each forest-enclosed reclining spot of Genjiyama Park’s will yield the choicest visual morsels. Although not summer, beauteous blooms spring not only from the ajisai sights. 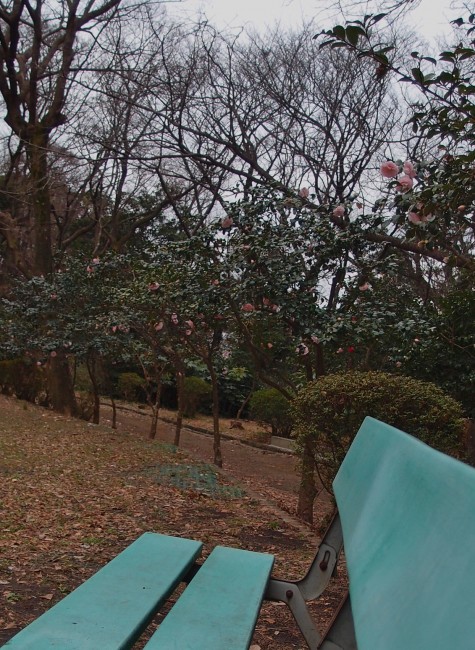 During spring, the park’s most open-skied greens are lined with cherry trees. They dress Genjiyama’s peaked bosom with creamy pink to ameliorate the stain of spilled blood from ages past. A stream of spring water diverted from nearby Zeniarai Benten shrine would purl the sweet poetic nature among Genjiyama’s floral beds and boughs quite well. 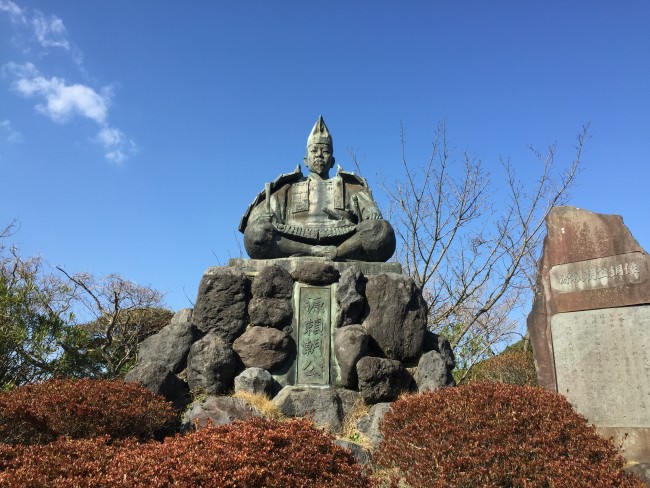 Kamakura’s greatest benefactor may well have been Minamoto Yoritomo. Without this lord, a shogun’s legacy may have never inked Kamakura history. Structures may not have been commissioned, while shrines may not have been signified. In honor of the heritage he helped establish, his semblance was cast and set within Genjiyama park’s central field. His tombstone also lies among the remains of Hokkedo hall. Nearby Kuzuharaoka shrine ironically dignifies a man who died after a second foiled assassination plot against the Kamakura shogun’s line.

If you are visiting Kamakura this spring, see Sakura cherry blossom boughs bowing before inanimate Minamoto Yoritomo. If you visit in summer, see hydrangeas popping out from their bushels along park pathways. Whenever the visit, stroll through Genjiyama park’s green of grass blades lowered lightly by only petals from above.

Access: From Kita-Kamakura Station’s west exit, head five minutes south towards the entrance of Daibutsu hiking course. Continue along the trail for 30 minutes until Genjiyama park.