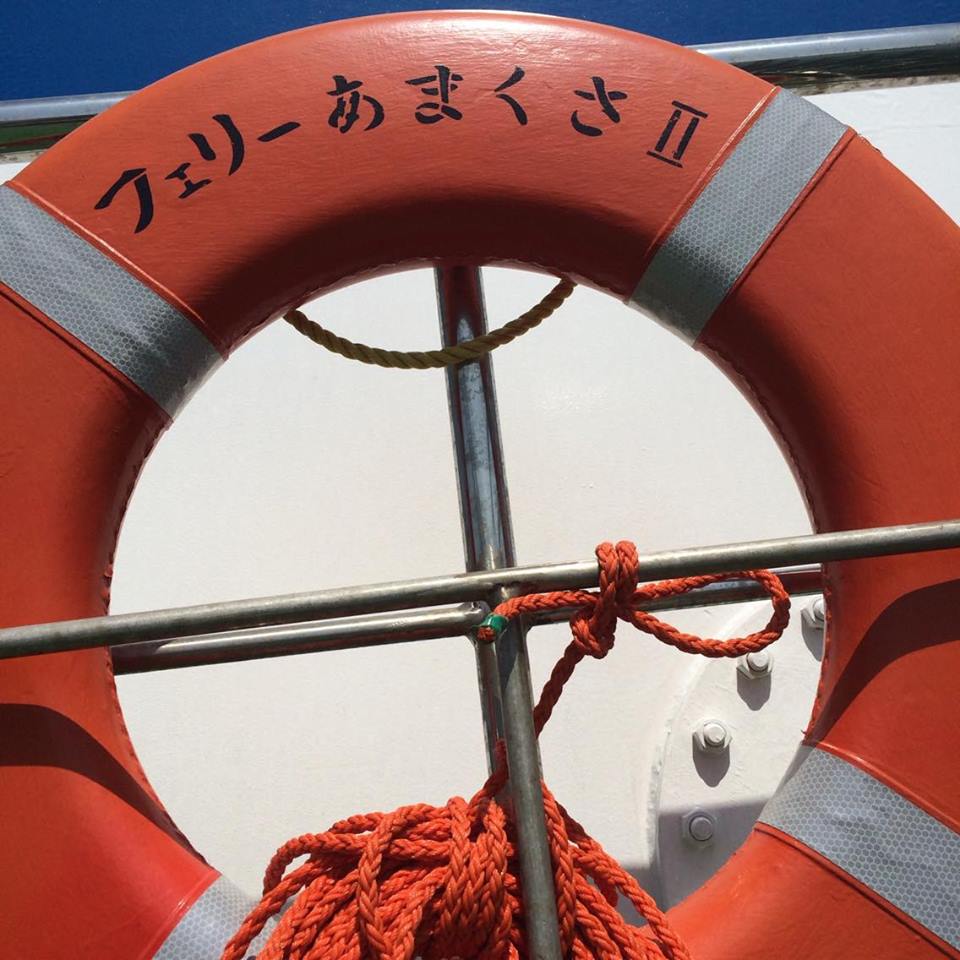 Coursing out for the Amakusa islands, Shimatetsu Ferry Port of Nagasaki occupies a bay like a sea shell, crimped in even waves. Many years ago, in the channel waters outside this bay, the booming of another type of shell resounded over blood soaked hillsides. Hara castle, site of a doomed early seventeenth century Christian rebellion, stands nearby these quiet waters. Bridges have now been built rather than burned throughout Nagasaki prefecture’s southern Shimabara, and it affords a scenic and unscathed ferry passage. 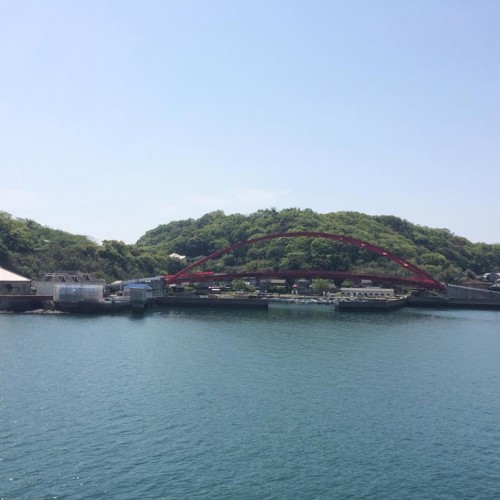 The Nagasaki ferry dock is a part of the prefecture’s Shimatetsu transportation line. We reached it by a Shimatetsu bus from the Shimabara bus terminal, a 1150 yen ride alongside the sun bridling water, beach, and the volcanic upturn to looming Mt. Unzen. Kuchinotsu town, the area by the port, is a cozy counterpart to the dramatic seaside bus route. If you take the bus for the ferry, disembark upon reaching Kuchinotsu (口之津 ) stop. 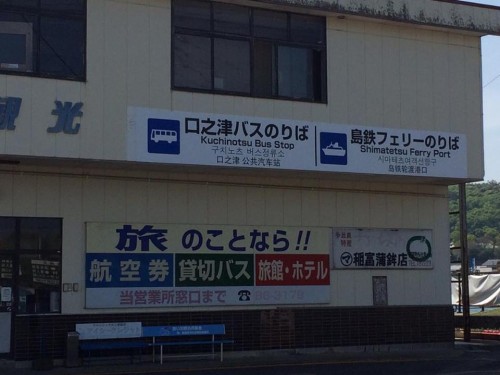 What to Look For

The ferry port terminal is an off-white building just to the street side. It’s before the single docking space for every passenger ferry, as well, which leaves no dizzying departure choices to sea. Head indoors for your ticket.

Shimatetsu ferry terminal’s inside has waiting seating facing the windows, the wall space for which is almost entirely hung with timetables and tourism posters. Only elderly lingered, facing the sightless window space, no islands to see. 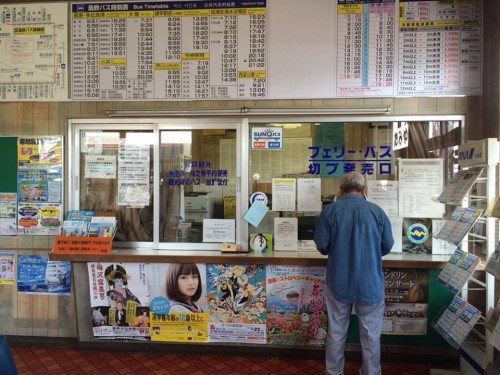 Ticket purchase is ascertained at the counter space. If you have any confusion, the clerks will provide you with fold-out information pamphlets. If things are still unclear, look above you at the timetables and price guides spread clear as a cloudless bay. Reservations are not required.

With your ticket, ¥360 one-way for adults, don’t stay seated within the ticketing building’s utilitarian insides. Outside rests a small park looking out towards a village around the cape bend. A couple seats sit by the corner closest the dock, though as the designated tobacco area, a smoky haze might accompany you. 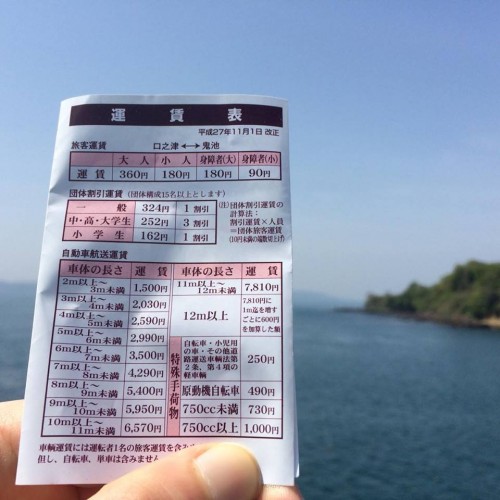 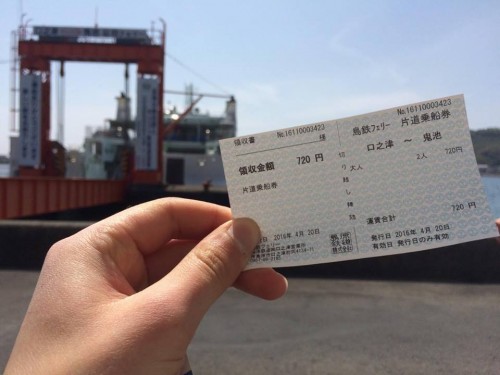 The ferry – aptly named Amakusa Ferry 1 or 2 – arrives at Kuchinotsu from the Amakusa islands alternately every 45 minutes and hour from 6:30 until 18:30. 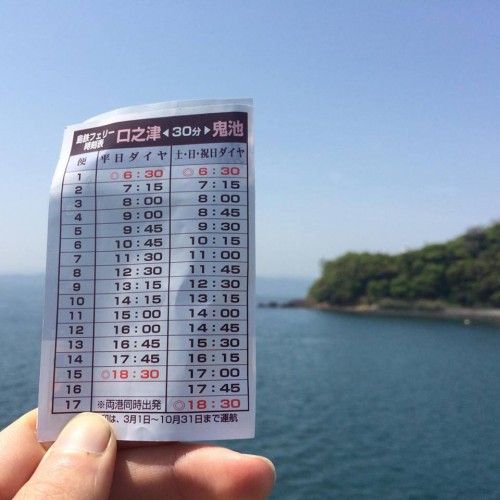 Boarding, we fared towards the Amakusa islands upon the ferry.  The amenities were well-prepared for more than the simple half-hour ride . Amakusa Ferry 2’s lounge had comfy cushioned seats oriented forwards, upon which one could sit for an enjoyable small block of television lasting the ride’s duration.  Instead, we busied ourselves brushing teeth and staying around the top deck. 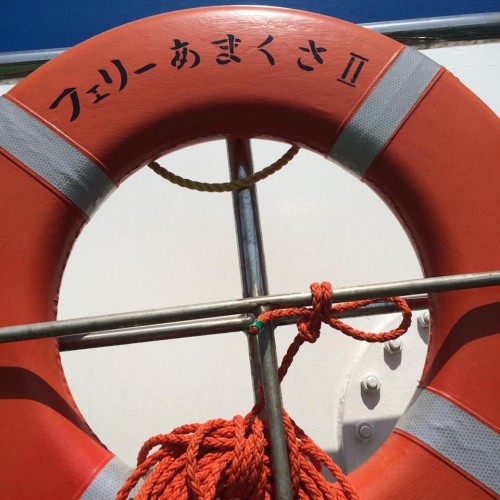 Though the Amakusa Ferry 2 only has deck space open at its rear, it affords a better view than the cabin space. The reverse view swept over the Nagasaki seaside’s ocean-facing hills, built with a resort that seemed like a seagull trinket, washed clean and shining yet out-of-place and outdated. No concerns, this southern Shimabara stub fit the lazy-waved welcome to the Amakusa islands. Crossing Shimabara bay, the empty ferry deck was all ours to see. 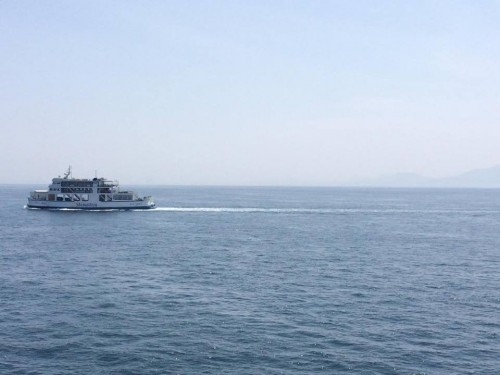 From Nagasaki, take the JR Nagasaki line until Isahaya. Take either the limited express at 15 minutes and 1000 yen, or local train at 460 yen and 30 minutes. 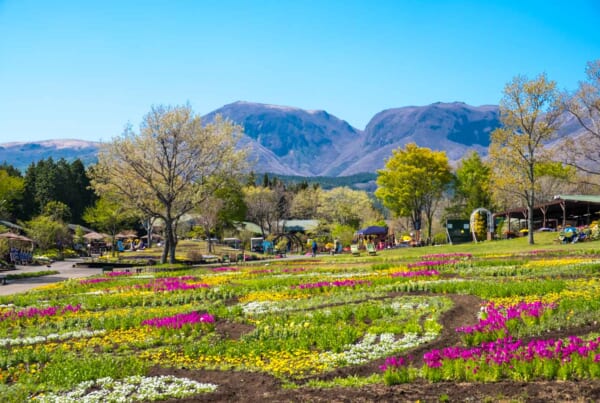 Kuju Flower Park: When is the Best Time to Visit and What Are the Seasonal Flowers? 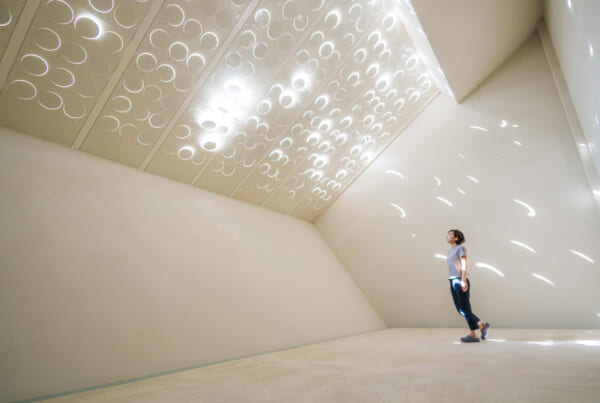