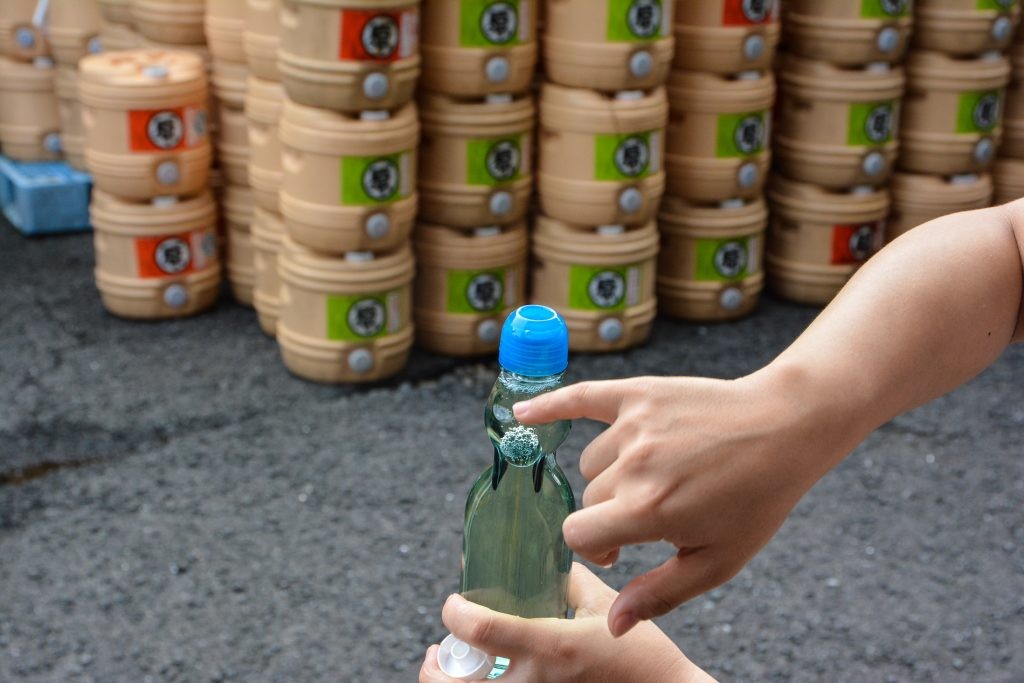 Ramune Soda: The Quintessential Symbol of Childhood in Japan

A small, blue bottle made of glass, with a funky twist in the middle, wearing a plastic cap. To open it, use the tool taped to the top of the bottle to release the seal: a glass marble held in place only by the drink’s carbonation.

Ramune or ラムネ (coming from the English word “lemonade”), is a traditional Japanese soft drink originally introduced in Kobe, and now commonly drunk at scorching summer festivals and colourful but muggy firework displays. The taste of the original Ramune in itself is fairly standard, I think of any ol’ lemon-lime concoction.

But what about Ramune makes it such a delightful beverage, such a huge hit…and so different from other drinks in Japan?

For me, it serves as a remnant of times gone by. The clattering of the marble in the Codd Stopper bottle as you drink it is an echo of the same sound heard by thousands of children both past and present, who are giggling and gleeful as the sweet, sharp bubbles low out of the bottle’s neck.

The drink is glittery and pale blue, the perfect fairytale refreshment and a memory of the fleeting moments between shrieking games of tag and wide-eyed wonder at fire sparklers and yukatas.

Since the original Ramune though, a whole range of other flavours have been introduced, ranging from the safe but delicious fruit flavours, such as watermelon and strawberry, to the ridiculously bizarre curry, corn soup and kimchi flavours. (On the packaging of the curry-flavoured Ramune bottle, it says in Japanese: “Even your Indian friends will be shocked!”)

Ramune has also extended into other products, predominantly sweets and candies or ice creams, the most popular being the small, hard, white Ramune sweets from Tofu Cute that come in a plastic-replica Codd Stopper bottle. These crumble in your mouth under a little pressure and can be found in most convenience stores and supermarkets. It’s definitely a challenge not to scoff the whole bottle down in one go.

So head out to your nearest shop and hunt around. The pale blue theme isn’t hard to find, and if you’re feeling adventurous, brave the other unusual flavours and foods, and decide for yourself why Ramune is a drink and flavour that will not disappear any time soon.