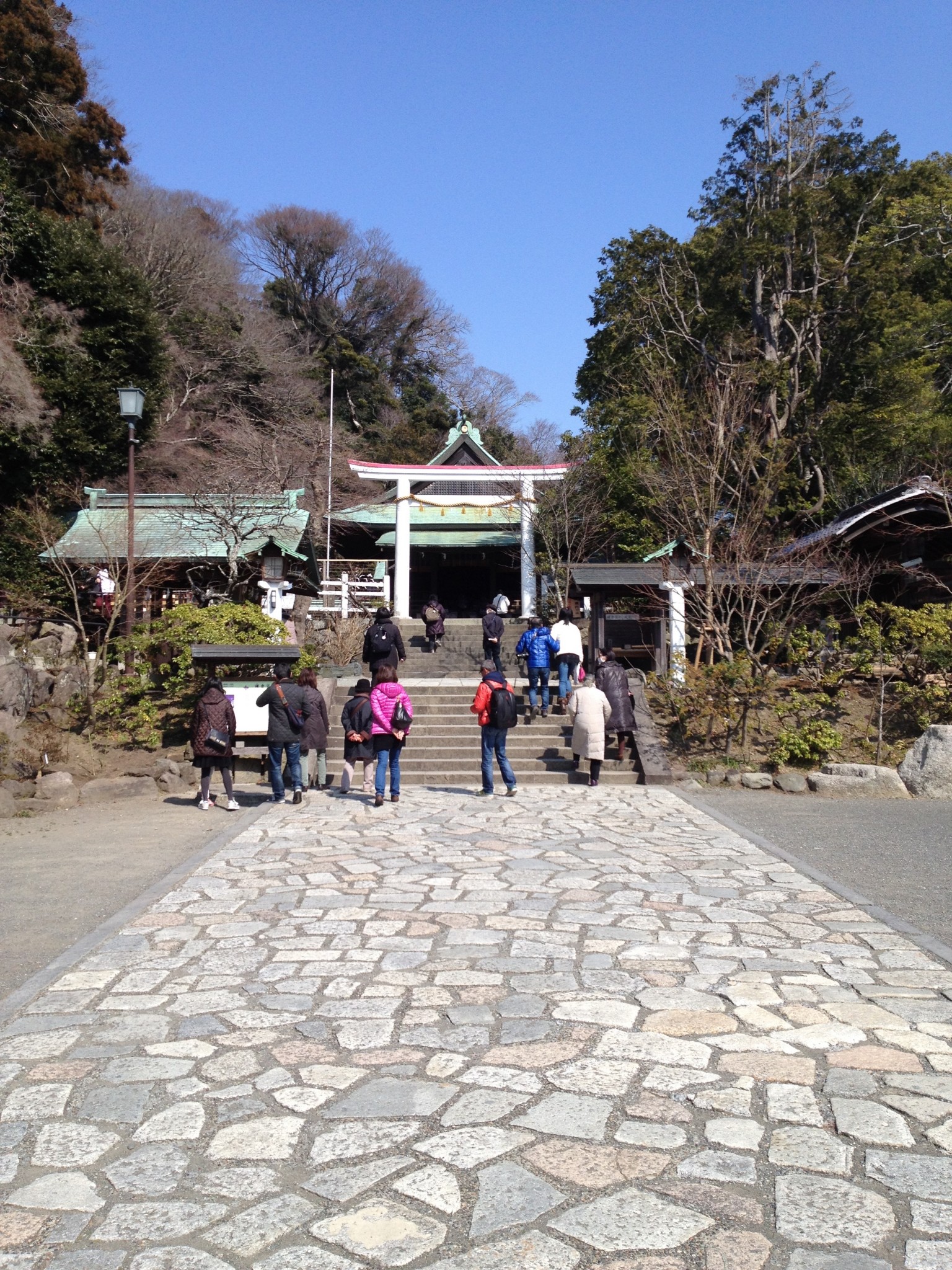 The Kamakura-gu shrine is tucked away through the leafy, narrow streets east of Tsurugaoka Hachimangu complex.  While this shrine looks modest compared to some of its peers, it was built in 1869 by the the famous Emperor Meiji and commemorates one of the turning points in Japanese history. 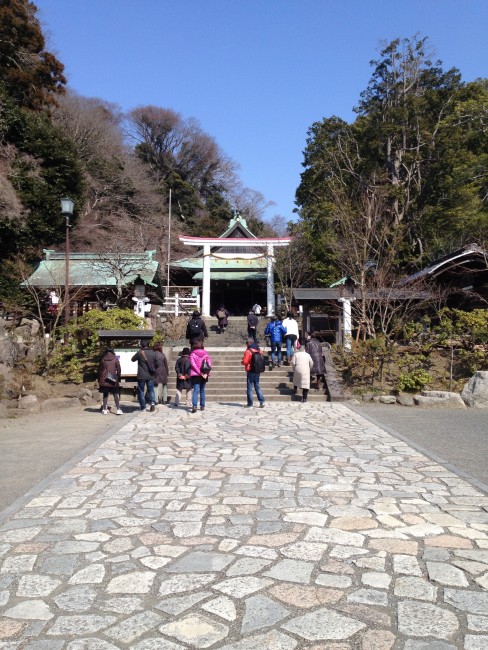 In 1868, a year before the shrine was built, the emperor formally declared the restoration of his power in “all internal and external affairs”. This marked the end of the Shogunate system and the beginning of a rapid modernization of the country. This modernization was intended to align Japan with the dominant powers in Europe and industrialize the previously feudal country, setting Japan on a course towards global power and influence. 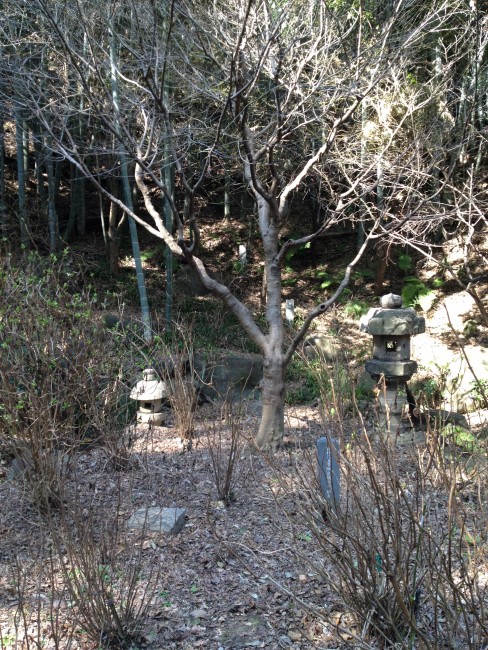 Kamakura-gu shrine’s pastel white, pale wood and pewter-green roofs are in stark contrast to the bright red, gold and black of other Japanese shrines. The modest colors blend with the surrounding trees, making the shrine especially calming. 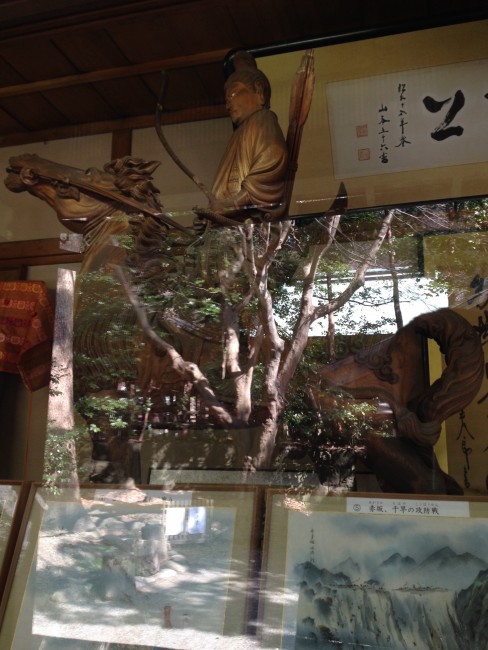 The shrine was built in memory of Prince Morinaga, who fought a successful war against the Kamakura government samurai, culminating in the siege of Kamakura in 1333. The Hojo family fled to the Tosho temple to commit mass suicide, thus ending Hojo power. Prince Morinaga was the son of Emperor Go-Daigo, who favored him during the Kemmu Restoration. He ostracized Ashikaga Takauji, a warlord who helped defeat the Hojo clan. This also alienated the warrior class. 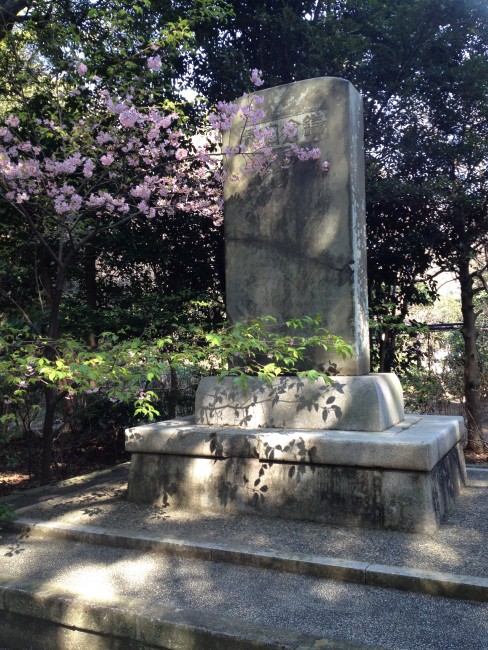 At the rear of the Kamakura-gu shrine, a canopy of trees blankets a tranquil garden dotted with statues. Some steps to the left of the grounds lead to small cave where Prince Morinaga was held prisoner and eventually executed. After being sidelined, Ashikaga captured Prince Morinaga and was kept prisoner in the cave by Ashikaga Tadayoshi, Takauji’s brother. The prince was ordered to be executed in 1335 during a retreat from Kamakura. 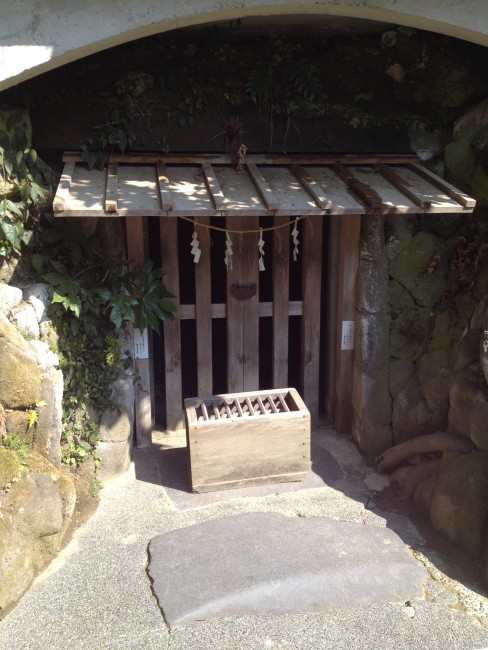 After walking through the shrine grounds, one can find a small, sitting statue to the right of the shrine. This statue of a seated samurai is said to heal ailments if one rubs the corresponding body part of the statue. The statue appears especially worn on the knees, a testament to the popularity of the area with hikers. 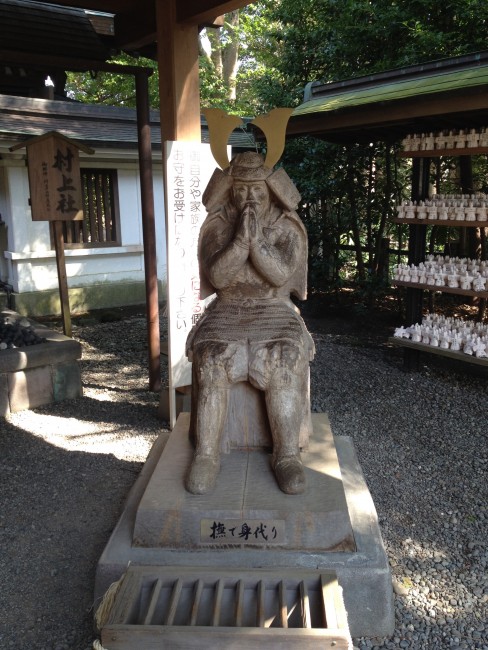 Access to the garden costs 300 yen. A small gift shop sells lion talismans, which are said to protect the owner from ancient evils. 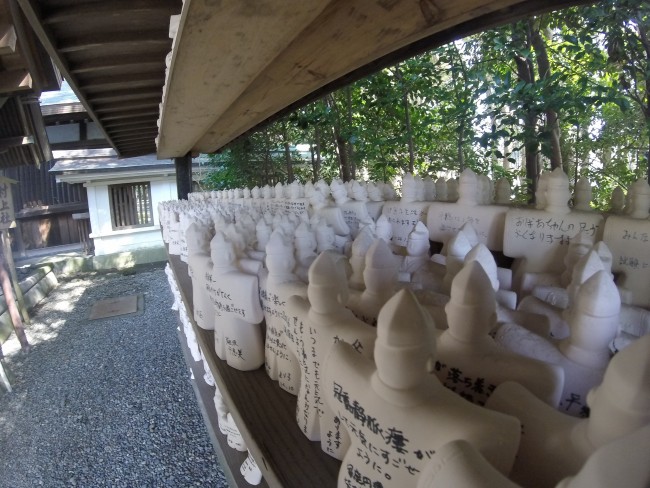