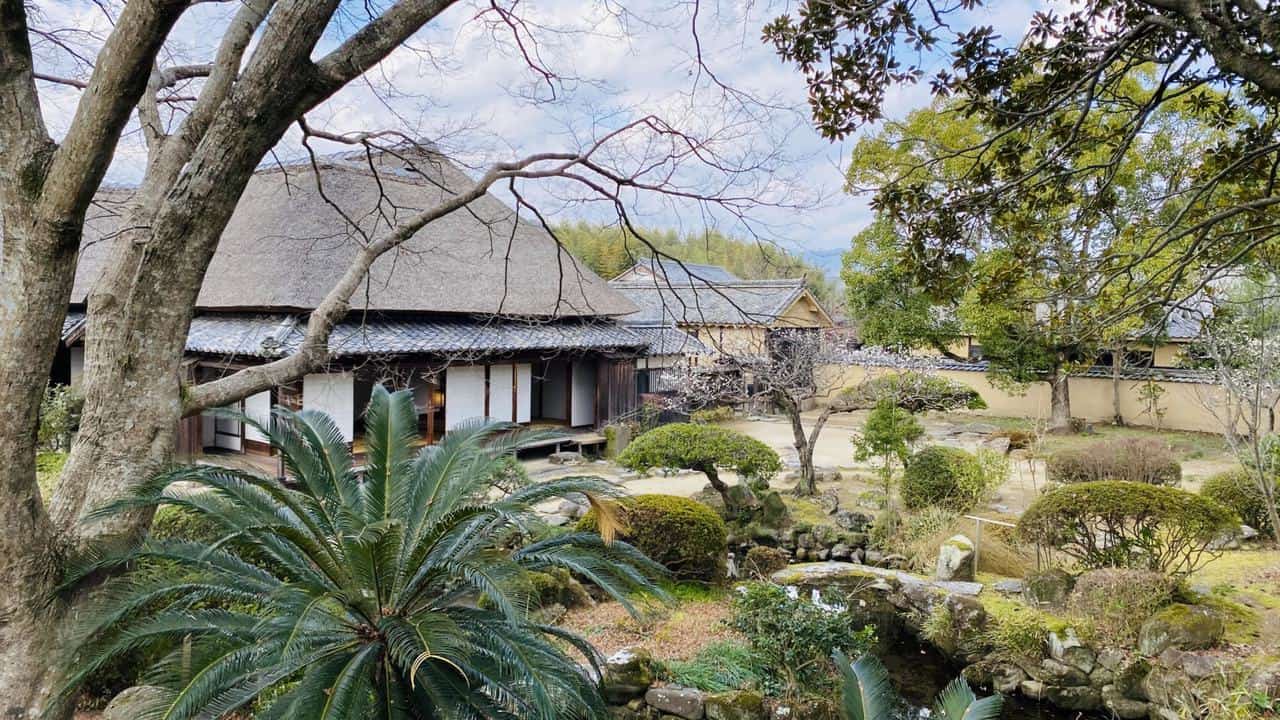 After visiting Hita, Tensui ryokan, and Oita city, I said goodbye to Oita Prefecture with my last visit to its sacred mountains of Kunisaki, the impressive Japanese temple of Futagoji hidden in nature, and the samurai city of Kitsuki.

Kitsuki – The Samurai Town of Oita

My first destination was Kitsuki. I made a brief visit to this impressive but relatively unknown former samurai town It is a 40 minutes walk from its small train station to the samurai town. If you have an entire day to spend in the area, you can walk it but if you are short on time, you can take a taxi from the station for about 1,500 yen.

I began my tour with the Kitsuki castle, originally built in 1394. Inside, there is a museum and some nice views of the sea from the upper floor.

Before starting your tour around Kitsuki, I recommend that you buy the 800 yen ticket, which includes admission to a number of interesting buildings in the area.

I have to say that it is an incredible city which has not been overrun by tourism. From my point of view, this is the reason why its traditional essence remains.

From the many samurai residences in the area, I only had time to visit one or two. One of the best is Ohara Residence, as it is one of the best-preserved. The men at the entrance were really nice and they were totally surprised to have a Westerner like me visiting them!

Going to the Ohara Residence was the right choice. This impressive samurai house has several rooms (with and without tatami), where you can see the old arrangement of the houses. There is a back-house area with a well, some samurai period toilets located outside the house, and a magnificent and majestic Japanese garden with a plaza atop a small hill where you can enjoy the views of the area.

At that moment, I was the only visitor so I also could enjoy the silence of the place.

Just next to the Ohara Residence there is another samurai house, Nomi Residence, which is free to enter. One of the rooms was renovated into a bar where you can have drinks or eat traditional Japanese sweets or udon (うどん – a type of Japanese noodles).

In the past few years, some of our Voyapon writers visited Kunisaki Peninsula. They had the chance to experience a farm stay and also a bus tour which took us to various shrines and temples. This time, I decided to visit the Japanese temple Futagoji. From Kitsuki Station, you can take a bus or a taxi (with a reservation), as it is a 30-minute ride.

The landscape on the way to Futagoji is already magnificent with much of the scenery nearly unchanged for centuries: mountains, rivers, and small villages. The Kunisaki area has been influenced by the Rokugo-Manzan religion, a mixture of Shintoism, Taoism, and Buddhism. This area has a huge importance for the Japanese Buddhist religion for obvious reasons; it is a mystical place with savage but beautiful nature. Throughout the centuries, Japanese people constructed Japanese temples that were protected by nature itself.

Near the sleepy volcano Mt. Futago was my final destination: the Japanese temple Futagoji, founded in 718. It is quite difficult to get there even by vehicle, so I could imagine a long time ago how monks made a stenuous pilgrimage to this point for a spiritual retreat.

My visit was short but satisfying. To begin with, I was really impressed by the huge staircase with the Nio sculptures, Angyo and Ungyo, the temple guardians. We can differentiate them by the shapes of their mouths, as the first one seems to be saying “ah” and the second one “um”.

After going up the stairs, I saw the buildings of this big temple. You have to pay the 300 yen admission fee in a little office at the entrance. Inside the buildings, there are important sculptures of the Buddist religion, and some of the structures were built into the mountain itself, using the rocks as a wall.

All in all, the place is just extraordinary and I recommend you a whole morning to visit everything. Not only can you enjoy Japanese spirituality, but also the spectacular natural beauty of the area.

How to get to Kitsuki

If you travel from Tokyo to Kitsuki, it is better to take a plane. The trip takes 1 hour and 25 minutes from Haneda Airport to Oita Airport. From the airport, you will need 30 minutes to get to Kitsuki by bus.

From Osaka to Kitsuki you can take a plane or a train. The flight lasts about 55 minutes from the Osaka Itami Airport to Oita Airport.

You can also take the shinkansen from Shin-Osaka Station to Kokura Station and change to the Nippo Line. You will arrive at Kitsuki within 3 hours and 30 minutes.

When traveling around the Kunisaki Peninsula, we recommend taking the bus from Oita’s Station.