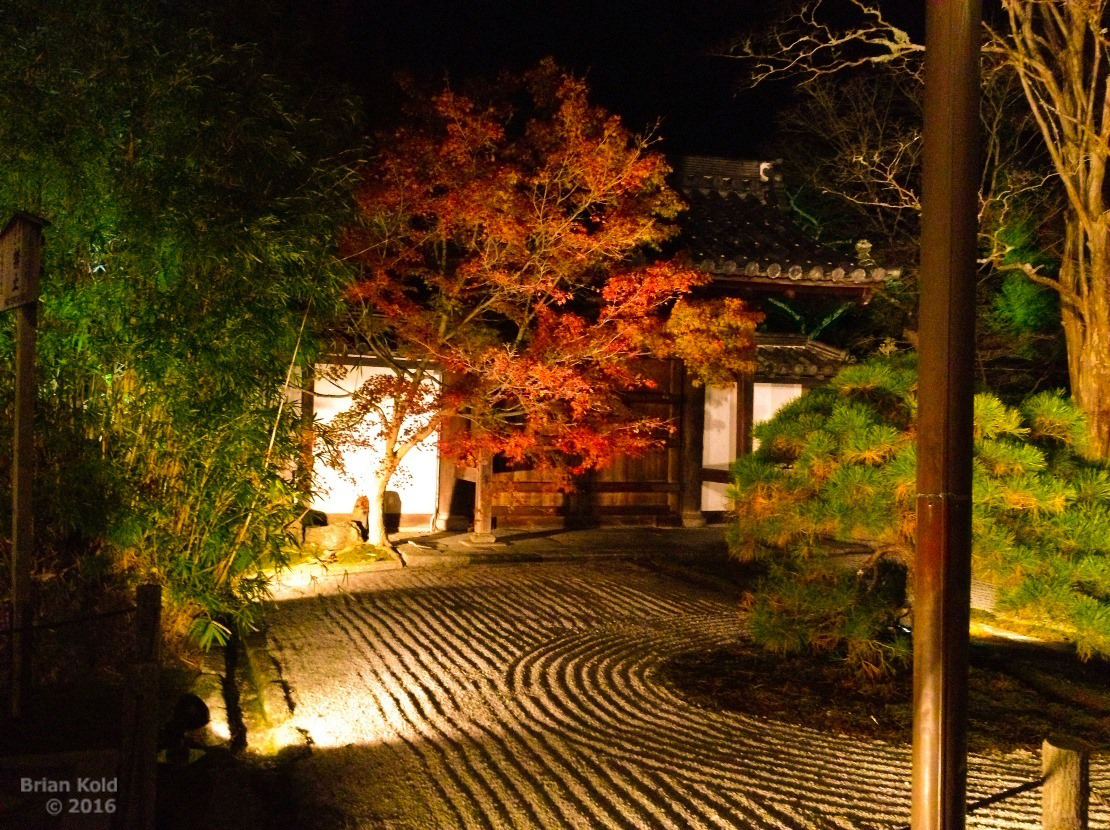 With spacious temple grounds encompassing various sub-temples in the forests of eastern Kyoto’s Higashiyama, Nanzenji is one of Japan’s most pristine sights to behold. The temple complex was originally built as a villa for Emperor Kameyama in the 13th century, but upon his retirement, the Emperor became a Buddhist monk and chose to convert his favorite villa into a Zen temple. This was not very uncommon at the time as many of Kyoto’s temples have a similar history of serving as a (retirement) villa for Imperial Household members or nobles before being converted into a Buddhist temples. 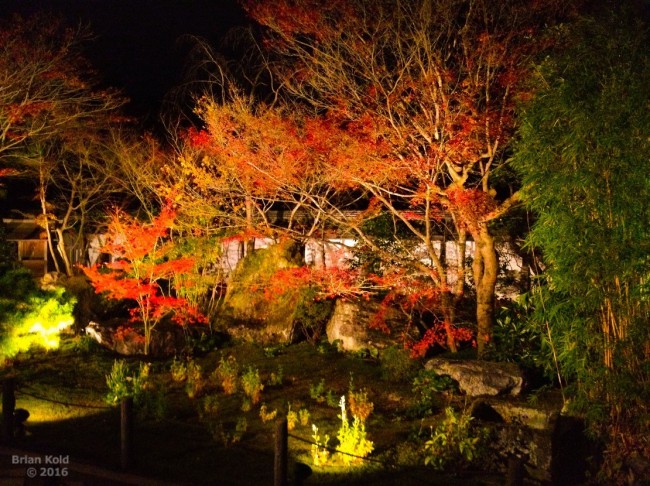 Nowadays, autumn in the superb gardens attracts many visitors as the leaves of their maple trees turn in countless shades of red, yellow and orange. 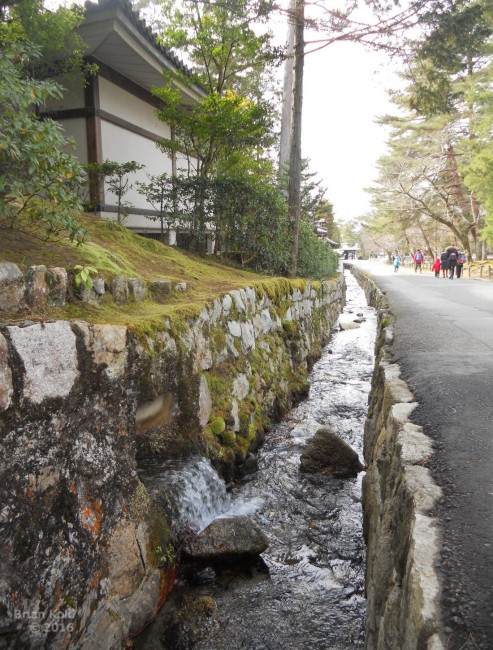 Kyoto’s truest treasure at Nanzenji complex is the Hojo garden; aligned with the former residence of the head priest and the temple’s main hall. Entering the residence through the temple’s kitchen with its tea room looking out upon a small waterfall, it is hard to not to notice the pristine sliding doors of the Toranoma (Tiger Room). The image prepares you for what is about to come. Nanzenji’s Hojo garden is famous throughout Japan as a prime example of a Karesansui-style garden, which entails that the sand and stones are laid out to resemble a landscape of water without using actual water. In this case, the rocks resemble tigers wading through water. 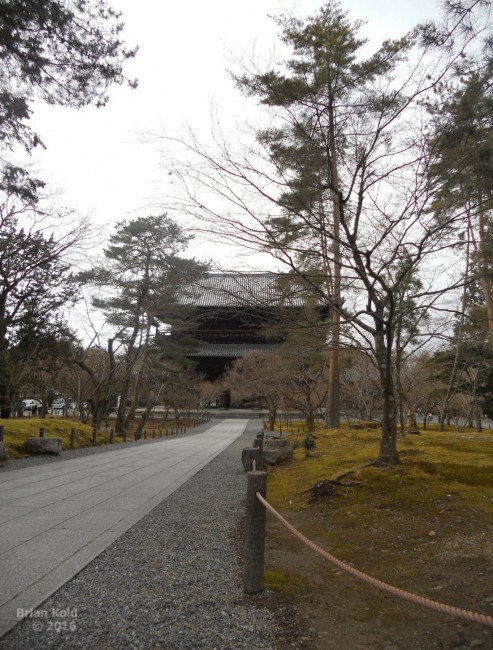 When you leave the Hojo Garden you will stumble upon a large aqueduct built during the Meiji Period. It was part of a canal system between Kyoto and Lake Biwa and passes through this section of the temple grounds. 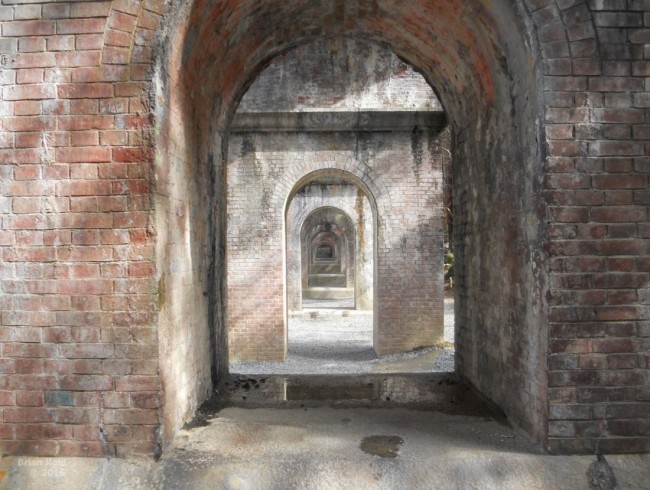 Beyond the aqueduct lies Nanzenin, located where the Emperor’s retirement villa once stood. To this day it still preserves his mausoleum. Embraced between the forests of Higashiyama, the small sub-temple features a beautifully minimalist pond garden. You can easily spend hours watching from the main hall’s deck as time slips by without notice. 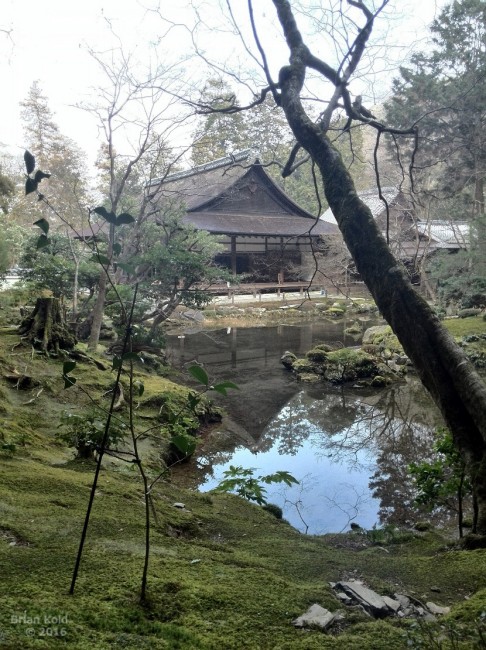 Another sub-temple which features a gorgeous garden is Tenjuan Temple, dedicated to the Zen master of the Emperor. The last visitable sub-temple of Nanzenji is Konchi-in on the western side of the temple precinct. The sub-temple was founded in Kitayama by shogun Yoshimochi Ashikaga in the 15th century, but was later moved to Nanzenji. Konchi-in’s garden, said to be designed by Kobori Enshu, is quite peculiar for a Zen temple for its ornate nature. Its design portrays a crane and a tortoise facing one another over the sea; together, these two animals symbolize good fortune in Japanese lore. With this thought in mind, the garden has served as a physical prayer for eternal prosperity. 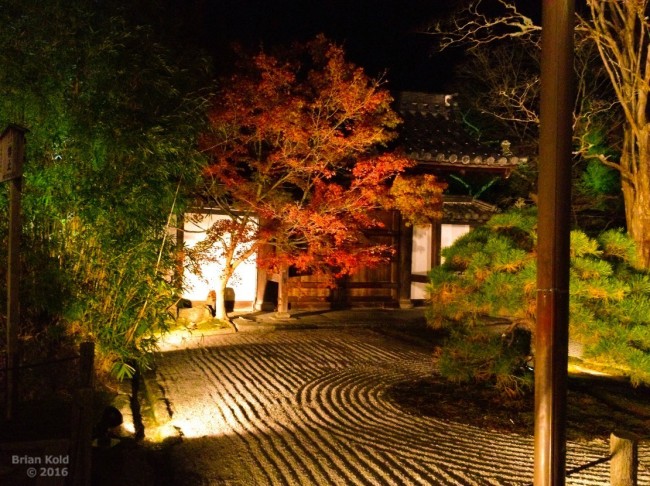 Access, opening hours and fees
The Nanzenji complex is easily accessible by taking the Tozai Subway Line to Keage Station. You can also board Kyoto City Bus #5 at Kyoto Station for the Nanzenji-Eikando-michi bus stop. The temple grounds are open to the public, while the Hojo garden and the San-mon each cost 500 yen for adults (with discounts for high school students and younger). The sub-temples each cost about 400 yen to enter and are all open between 8:40 to 17:00 (closing half an hour earlier during the winter months).