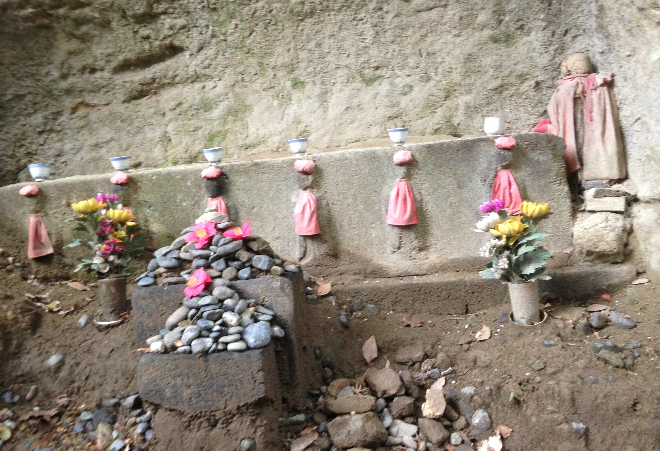 Walking through the temple: Kamegayatsuzaka Pass

Kamakura is at the end of several mountain passes, Kamegayatsuzaka Pass being one with a long history. In fact, the pass itself has been declared a national landmark. Its purpose was connecting current day Kamakura with Kita-Kamakura (North Kamakura).

Many a temple stand along the way and after passing through, so you will be walking among various other cultural sites, all which I recommend visiting. Walking to the pass from Kamakura Station is not very difficult, although it is further than other cultural sites.

Start walking out from Kamakura station’s south exit, heading straight towards the Kinokuniya. Take a right as soon as you reach the stoplight, and afterwards it will be a nearly straight shot. Walking down the street, you should see something like below. 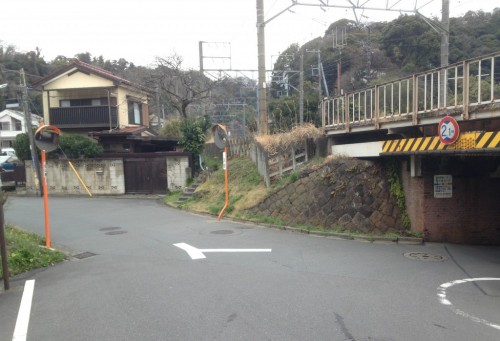 The path does not divert until you arrive at the railway underpass. You will go out through under the underpass, then take the first left. While not visible in the picture below, a pagoda-like temple building at left makes the turn easy to recognize. 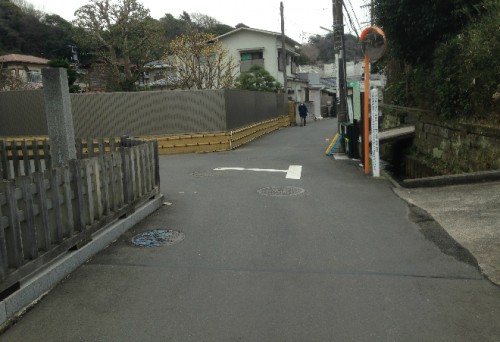 From here, you only have to travel straight for your destination. On the way there, there is a single temple that makes a quick and easy stop. 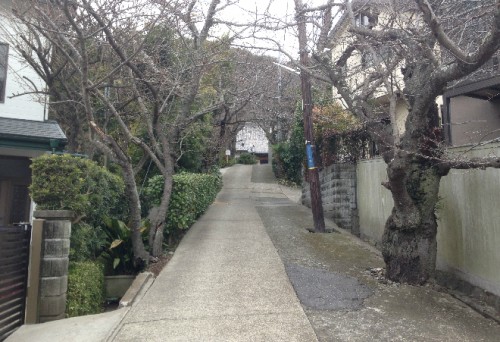 On your left, you come walking upon this hill and before that, a little area that talks about the hilltop temple’s history. This is Yakuoji Temple, that once had ties to the Tokugawa Shogunate. The temple itself is not very large, but it is still a treat to look at, with much historical value and beautiful architecture. 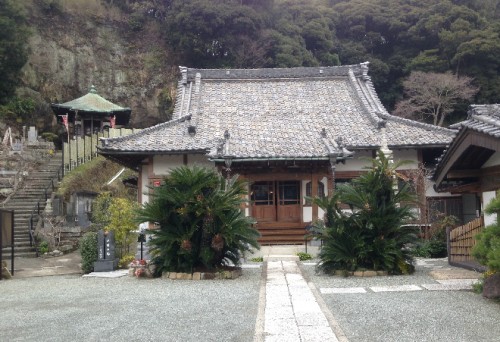 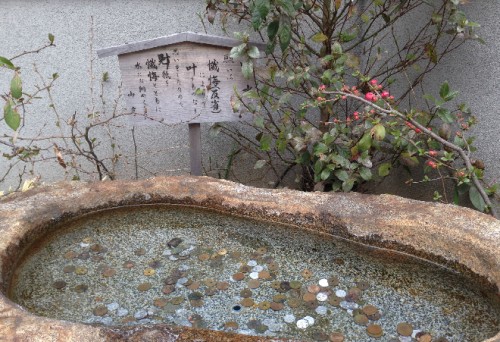 Looking at everything the temple has to offer does not take too much time, and the view from atop the staircase is nice. Though, because most area past the staircase is just grave stones, I would recommend not exploring too much out of respect. Once you have connected with the main path and continue walking, you will soon find yourself going up a steep incline. That is one way to know you have reached Kamegayatsuzaka Pass! 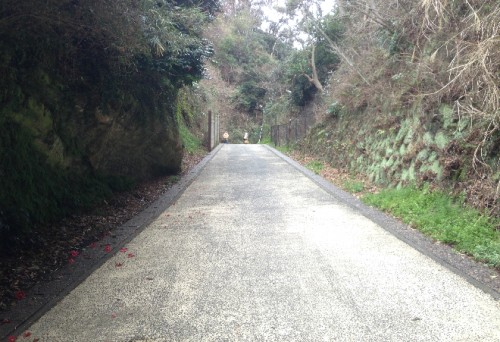 While my picture does not do nearly good enough showing the pass’ true steepness, its name was earned for being so steep that a turtle could not go up without being flipped over. Obviously that is an exaggeration, but it remains rather steep. However, at the end of the day, the pass has become a road, so any walking experience makes it a cakewalk to traverse. 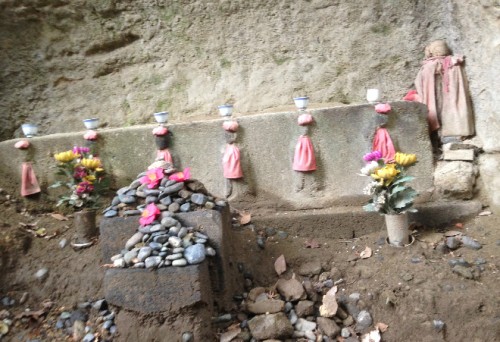 Honestly, I was not quite sure what these were, but I found them off the side while walking through the pass. From its appearance, I felt as though there was some connection to children, but without any signs, I cannot say exactly what it was. 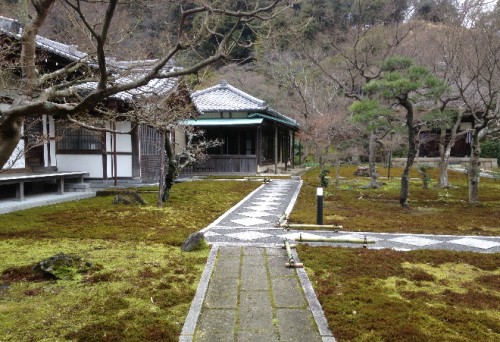 Walking by the end of the pass, you will come across this temple on your left. However, the actual main entrance is up the stairs once you have gone entirely through the pass. The temple itself is called Chojuji, which was founded by Ashikaga Takauji, Ashikaga shogunate’s first shogun. It served as the shogun’s residence during life, but after his death, his son furnished the main hall as a gesture of prayer for his father. 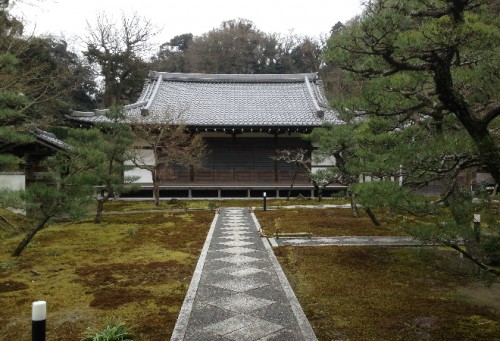 This is the view from the actual front entrance. Returning down to the street, turn and head up the hill towards Kenchoji temple. 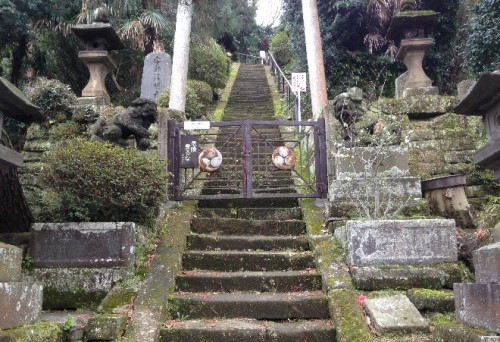 On the way to Kenchō-ji Temple, there was this long staircase that looked extremely interesting to explore. Sadly, as you can see from the picture, it was closed off. 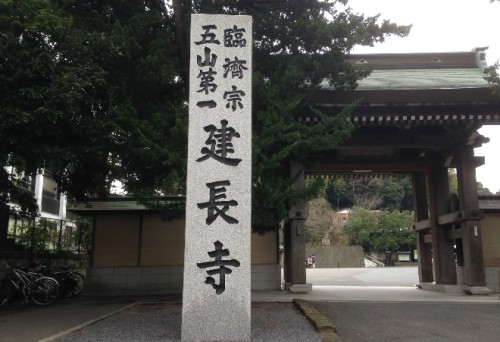 Considered as one of the Kamakura’s great five temples, Kenchō-ji Temple is a place definitely worth visiting. Unfortunately, other than the entrance, I neither had time for entering nor for taking a look around. Though, the sheer number of cultural sites that one can visit on the way and while walking around make Kamegayatsuzaka Pass a worthwhile visit. With its historical value, it is amazing just thinking about the pass as it may have been centuries ago.