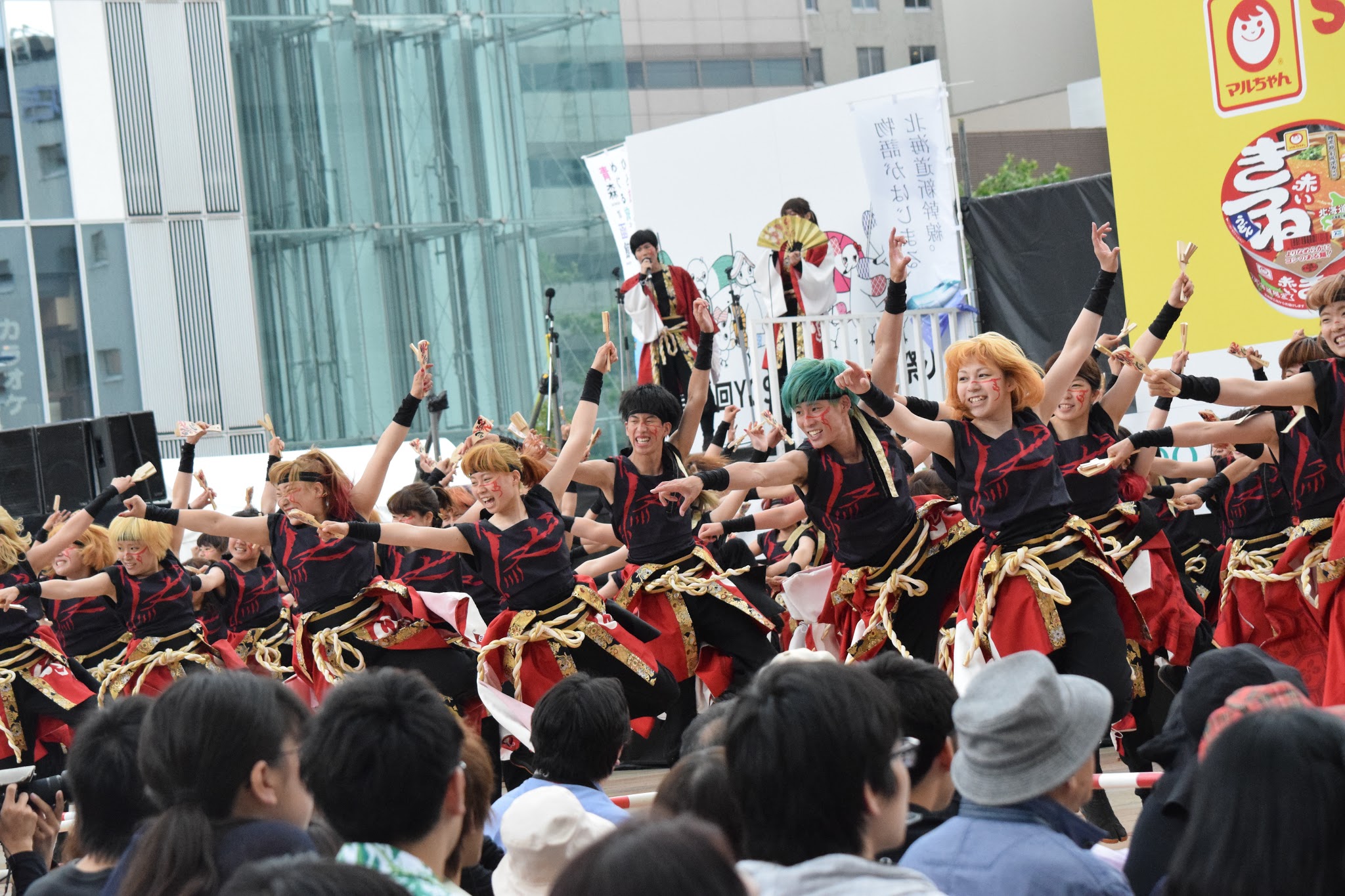 When you talk about Hokkaido, there is a good chance most people will think of skiing, curry, milk, and the annual Snow Festival in February. There is a relatively small group, mostly from Hokkaido, that will have heard of, and been to, the Yosakoi Soran Festival held in Sapporo every June. 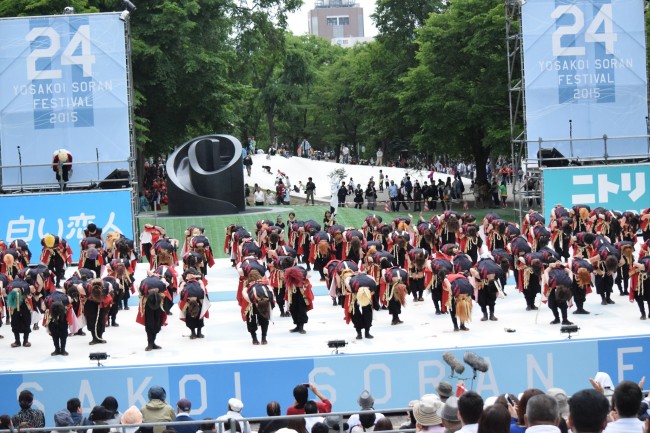 Despite being one of the biggest dance festivals in Japan, it is virtually unheard of outside the country. But it is one of the most inspiring festivals Japan has to offer, and with 2016 being its 25th anniversary, this year will be even more exciting. 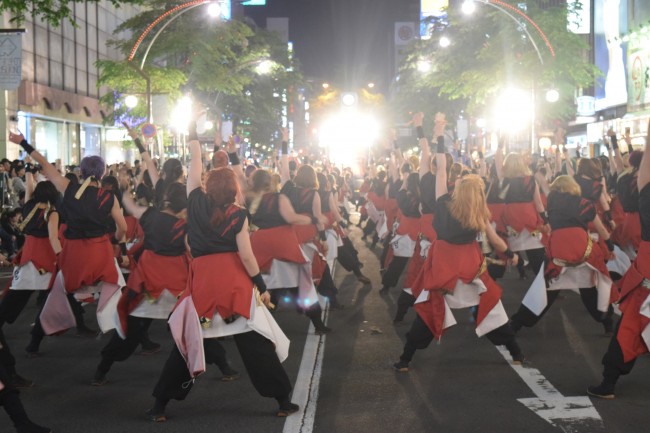 What you Can See at Sapporo’s Yosakoi Soran Festival

The Yosakoi Soran Festival involves more than 270 teams displaying uniquely Japanese styles of dance, known as Yoskaoi Soran and Soran. There are about 10 different performance areas around Sapporo, and not just in the main parts of the city. Some performances are on stages in front of buildings such as the Sapporo brewery and Sapporo train station, and some are parades of dance teams traveling along the main roads. 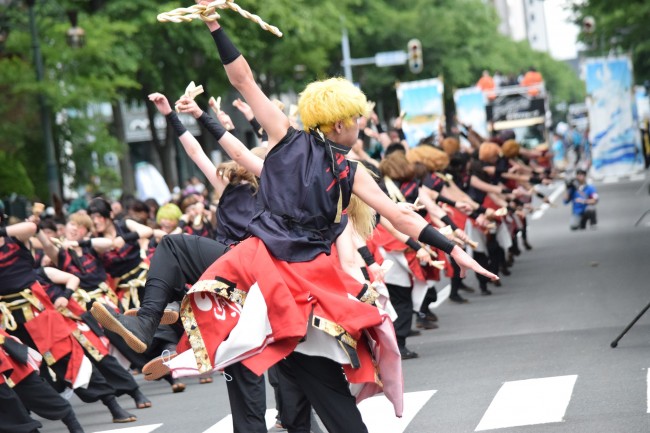 The whole of Sapporo is full of spectators, as well as Soran and Yosakoi Soran dance teams in their colorful costumes, props, and makeup designs unique to each team. The music from the performances is played from loud speakers throughout the city, and there are vendors with food and goods centered around Odori Koen, the main site for many festivals in Sapporo.

How did the Yosakoi and Soran Dances Start?

The types of dance at this festival, though quite modern, have long and interesting histories. Yosakoi Soran is a combination of Yosakoi — a modern variation on traditional Japanese dances like those you would see at bonodori and awaodori festivals — and Soran, a type of dance specific to Hokkaido. Around 1991, a student from Hokkaido happened to see the annual Yosakoi Matsuri, the biggest event in the Yosakoi calendar. He was so moved that he decided to take it back with him to Hokkaido and mix it with Hokkaido’s own local dance, Soran. 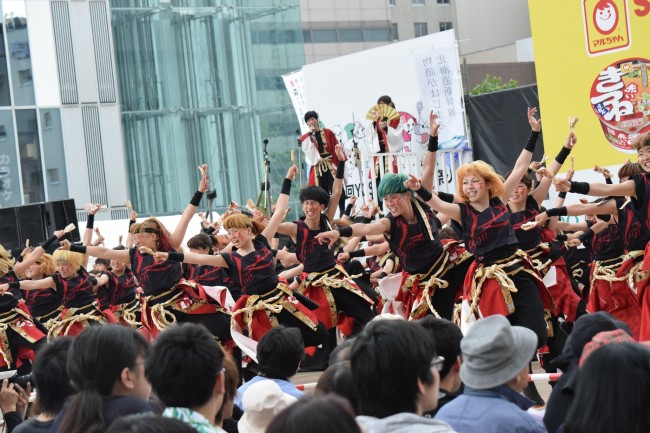 A year later, he created the first Yosakoi Soran Festival and had 10 Yosakoi Soran teams participating, each with their own dance, song, costumes, and themes. Now, Yosakoi Soran is performed all around Japan and even some countries across the world.

The festival is the first performance of the Yosakoi and Soran season, and as such it is met with excitement and a little bit of pent-up anticipation which only enhances the intensity of the performances. For a spectator, especially for someone who has never seen this type of dancing before, it is one of the most amazing sights the world has to offer. Adult, university and even school teams create a dance, a song, a costume, and a story. They practice for months in teams that can range from around 20 to more than 250 members to deliver a performance with the sole aim to make other people smile. 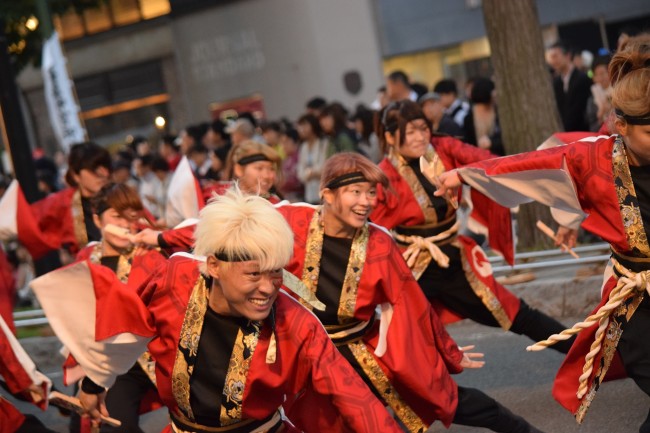 The themes range from trains to samurai, and the costumes from a simply colored happi to elaborately designed kimonos with masks, headdresses, and the occasional out-of-place pompom. 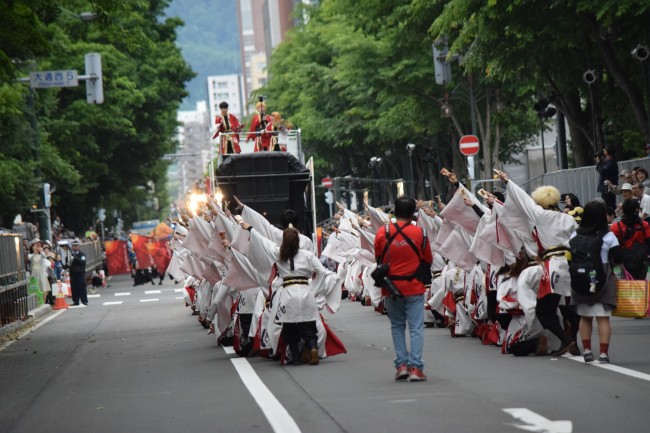 I can do nothing but recommend this festival to anyone, even those with no interest in dancing. The hard work and precision of these teams is matched only by the sense of pure joy you can see in them when they are performing. If you ever find yourself in Sapporo, this festival is a definite must-see. 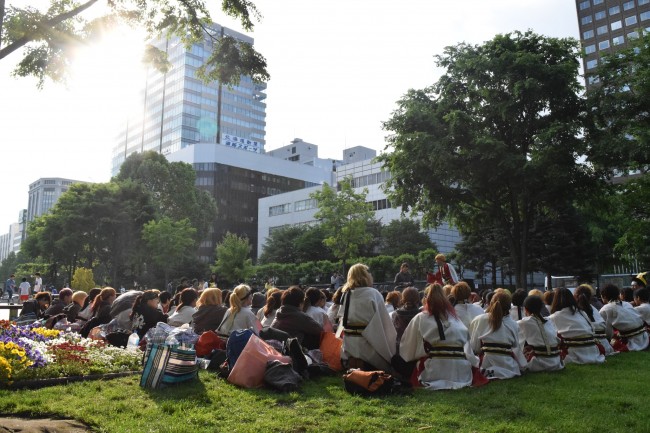 University graduate, Japanese speaker, professional nomad and Yosakoi dancer living in Japan. Along my travels there will be trials, tribulations and a lot of festivals. Stay tuned to find out what happens.