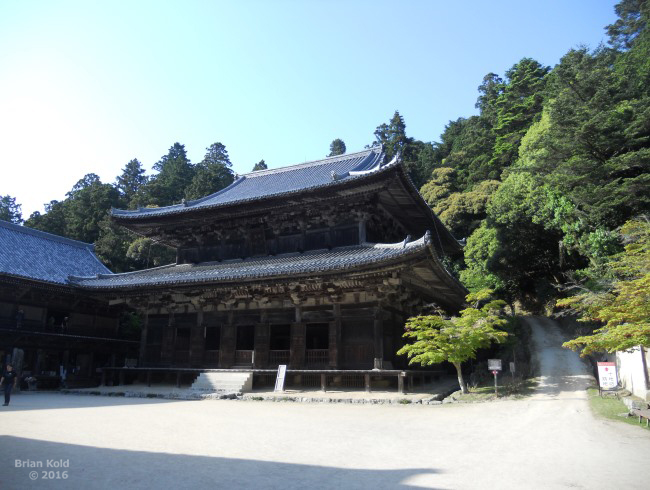 Mount Shosha and Engyo-ji Temple – As a Spiritual Retreat, and Filming Location ‘The Last Samurai’

Engyo-ji Temple, A Filming Location for ‘The Last Samurai’

Each of us has something that spurred our interest in Japan. For some, it’s Dragonball Z, Pokemon or Gundam. While for others, like myself, it’s the age of the samurai. When the movie “The Last Samurai” starring Tom Cruise and Ken Watanabe came out in 2003 it was one of the rare non-Japanese movies featuring the era and I for one, was stoked. Sure, the movie is far from accurate, but for a teen interested in Japan it was -the movie- to watch. 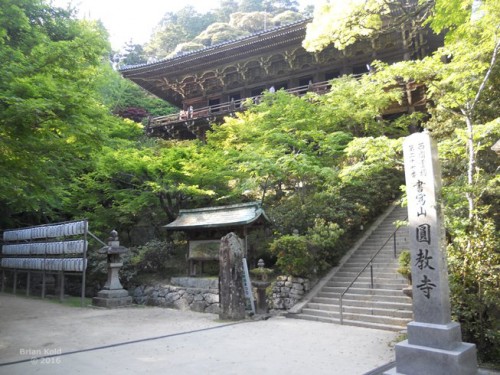 Engyo-ji Temple in Himeji City, for Over 1000 Years

Himeji, with its newly renovated impressive castle and beautiful castle town is one of the must-go-to places in Japan for samurai-enthusiasts, but there is another gem hidden on Shosha behind the city itself. The Buddhist Engyo-ji Temple dating back to the early Heian Period (10th century) might have been founded as a spiritual retreat, but it is now predominantly known as the filming location for “The Last Samurai” as well as the NHK drama “Musashi”. 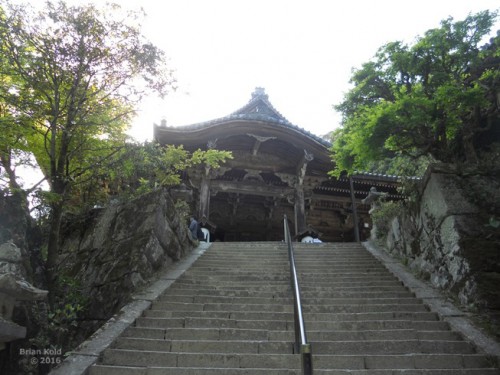 It takes quite a bit of time to get to Engyo-ji so it is very much advisable to plan ahead if you are visiting Himeji as a day-trip. From Himeji Station or the castle you can hop on bus #8 and head out for its final stop “Mount Shosha Ropeway” (書写山ロープウェイ), which takes about 30 minutes and costs 270 yen one way. From here you are presented with two options to go up Mount Shosha: 1. Take the ropeway for 600 yen one way / 1,000yen round trip or 2. Hike for about 50 minutes. 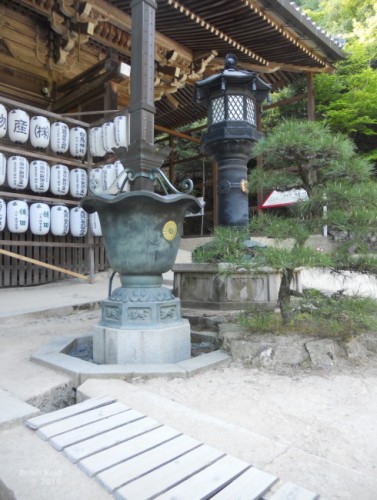 Personally, I chose the latter and descended using the ropeway to enjoy the beautiful nature of Mount Shosha, as well as the spectacular scenery the ropeway offers over the surrounding valley. The scenery around Engyo-ji temple and Shosha truly warms you up for what is about to come with its panoramic view over Himeji and the Harimanada Sea in the distance. 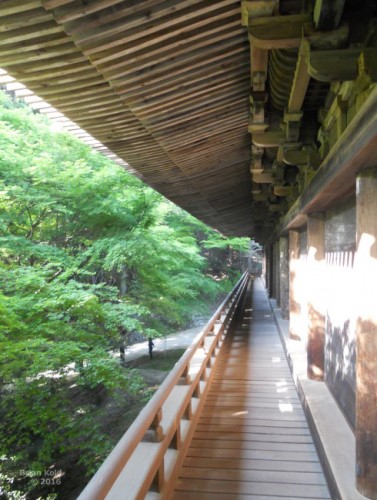 Whether you hike up or take the ropeway you will arrive at the ropeway terminal before actually heading to the temple itself. From the terminal it is a few minute walk along several paths flanked by various Kannon statues. While you walk along the paths through the forest of Mount Shosha, its serene refreshing atmosphere make you truly understand why someone would choose it as a spiritual retreat. At its height, Engyo-ji encompassed over 30 sub-temples and had been visited by several Emperors and high-ranking nobles. Many of the remaining buildings in Engyo-ji have therefore been appointed as (national) cultural assets. 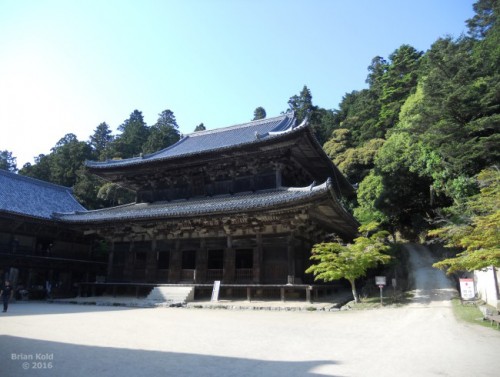 Having passed the Engyo-ji main gate you head down the Gongen slope and see the Yuya Bridge and several of the buildings appearing through the woods of Shosha. As you look up a bit, you notice the impressive wooden beam structure underneath “Maniden”, the main building, which reaches out over the mountain. The view around Engyo-ji and Shosha might remind you of Kiyomizu-dera Temple in Kyoto as it uses a similar beam structure. 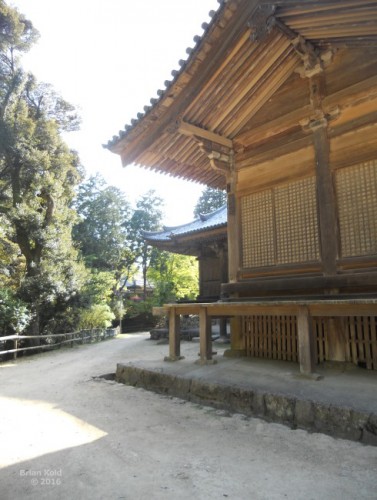 Heading up the stairs alongside the Maniden and passing several hundred-year-old trees you enter a large open space surrounded by three buildings dating back to the Muromachi period (15th century). The three buildings are known as Mitsunodo and are named the Daikodo (main hall), Jikido (lodging and temple museum) and Jogyodo (gymnasium). In the Jikido some fans of “The Last Samurai” may recognize the scene where Captain Nathan Algren and Lord Moritsugu Katsumoto had many of their conversations.

In short, Engyo-ji Temple and Mount Shosha is a great place to visit for both nature and history enthusiasts alike!