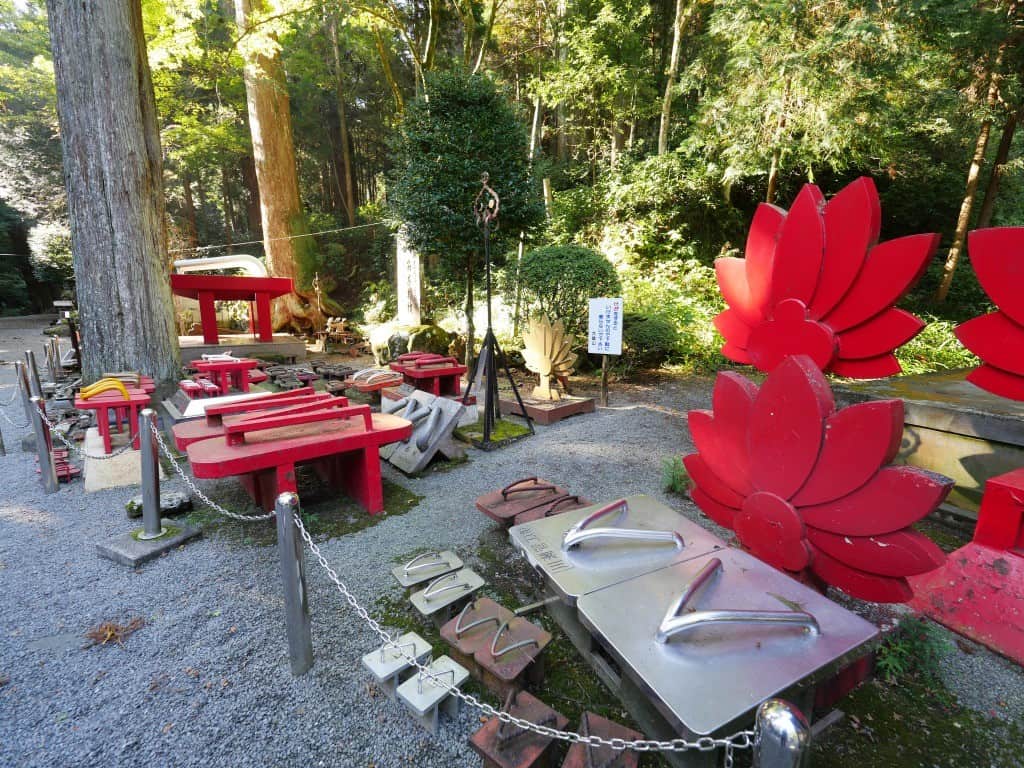 Just an hours train ride away from the hustle and bustle of Tokyo, is a natural haven, filled with the comforts of warming onsen and the most breathtaking views of Mount Fuji Japan has to offer. Not only does Hakone offer a relaxing get away, but also the opportunity to discover some history. Concealed deep inside the ceder forest of a sacred mountain, the Buddhist temple Daiyuzan Saijo-ji is waiting to be explored.

Experiencing such a mystical place, unknown to many and off all the recommended tourist routes, is an absolute must during your stay or day trip. Go on a spiritual retreat in this beautiful natural setting! 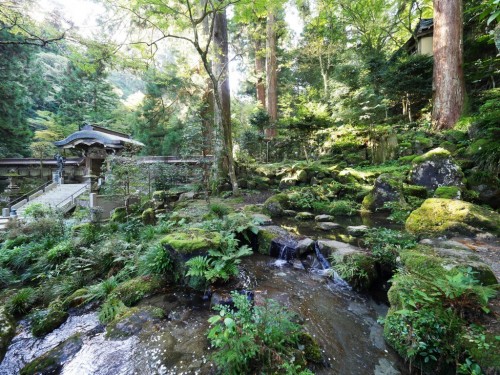 Daiyuzan Saijo-ji Temple was founded in 1394 by Ryoan Emyo Zenji, a monk of the Soto Zen Buddhist School. According to legend, an eagle allegedly stole the kesa – the robe worn by the Zen monks – from the royal monk before fleeing to Mount Myojin. The monk pursued the eagle and found the kesa hanging on top of a pine tree. Unable to recover it, he sat at the foot of the tree to pray until finally the kesa fell on his lap. Ryoan Emyo Zenji interpreted this event as a divine sign and decided to found a temple on this site. 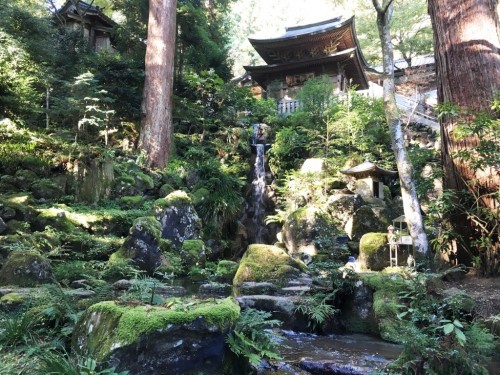 Today, Daiyuzan Saijo-ji Temple is one of the three most important Zen Buddhist temples of Japan’s Soto School, after the Eihei-ji Temple in Fukui and the Soiji-ji Temple in Yokohama. The site of Daiyuzan Temple is vast, with thirty different buildings scattered around a century-old cedar forest. Inside the Goshin-den Pavilion, I had the chance to attend a ceremony whose purpose will remain a mystery, since I am uninitiated to the Buddhist religion. However, it is not necessary to practice Buddhism to be fascinated by the songs and drums, which guide the majestic gesture of the master of ceremonies. 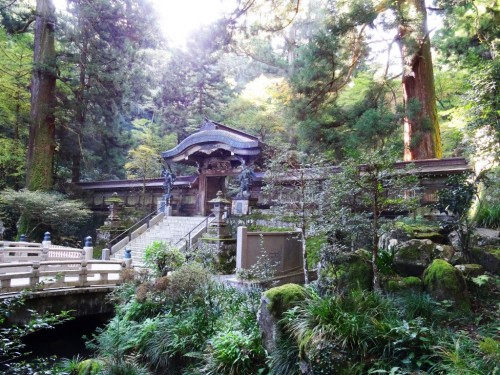 I visited Daiyuzan Saijo-ji Temple early in the morning on a beautiful, sunny, autumn day. Nobody was there, so I was able to fully enjoy the serenity of the place, alone in the middle of century-old cedars. 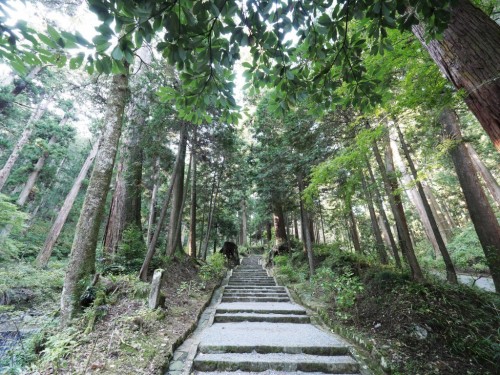 The passway to the temple.

There are hundreds of steps to climb from the original gate to Okunoin Temple, at the top of Mount Myojin. The walk is punctuated by a succession of stairs, the most impressive being at the end of the course. Make sure to check out the breathtaking view on your way up the 350 stepped staircase that eventually leads to the Okunoin Temple. Take your time, have some breaks and don’t forget to enjoy the view. 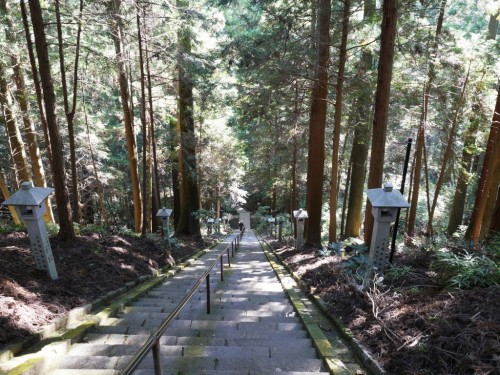 During your visit, you will come across many tengu, the legendary creature in Japanese folklore, along the way. According to legend, the disciple who assisted the monk during the founding of the temple then turned into a tengu to protect the temple. The tengu here is legendary creatures: half-man half-crows protecting the mountains. They are recognized by their attributes, such as the large wings on their backs, the claws on their toes and the beak for karasu-tengu, which transforms into a long nose for konoha-tengu. 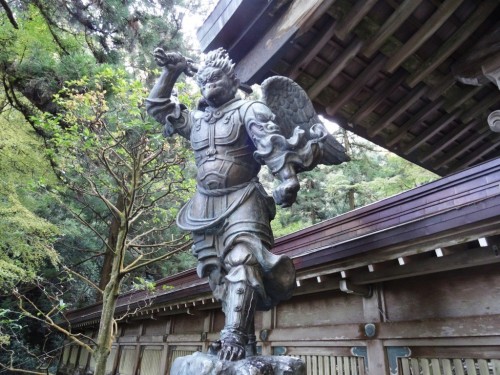 Tengu, the gardian of the temple.

The Biggest Geta in the World

Next to the Goshin-den pavilion, you can find dozens of pairs of geta, traditional Japanese wooden shoes, in an extreme variety of sizes! And it is in this temple that you can admire the biggest geta in the world! According to legend, these geta would be worn by tengu during their visits to the temple. They are also known to bring happiness to couples. 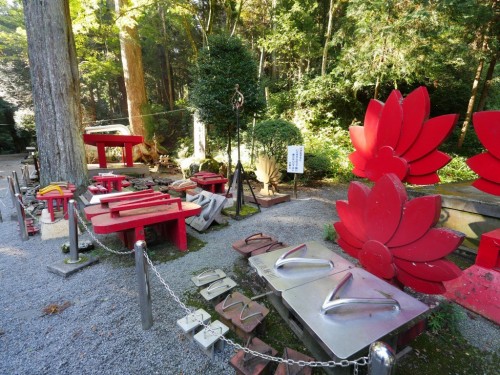 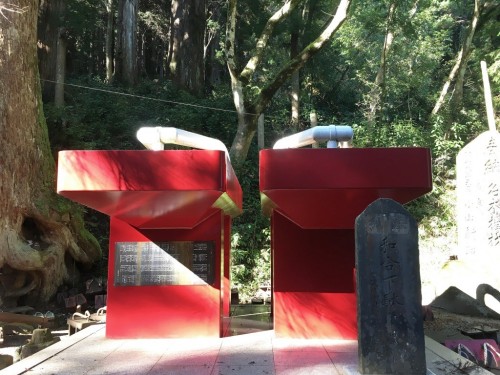 The biggest geta in the world!

The Daiyusan Station is the closest station to the temple but you will then need to take the No. 02 bus to the Doryozon stop, which is the closest to Daiyuzan Saijo-ji. 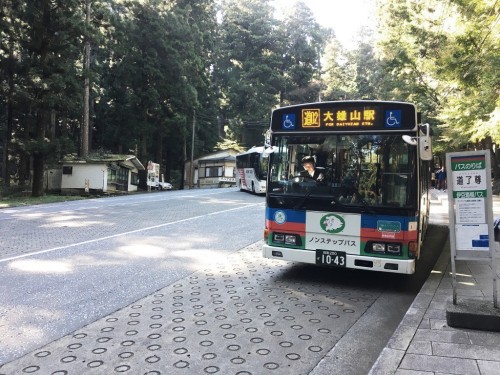 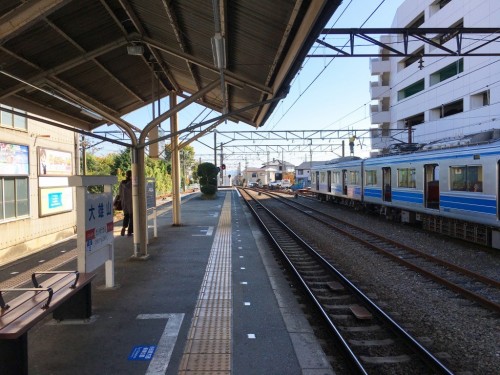 The temple also has free parking. It takes about 30 minutes from Odawara Station by car.

If you are enough brave, it is also possible to access the temple on foot from Daiyuzan Station. It takes about 50 minutes to walk. However, for 3.5 kilometers, the Tengu Trail crosses the cedar forests, which could make for a nice stroll.