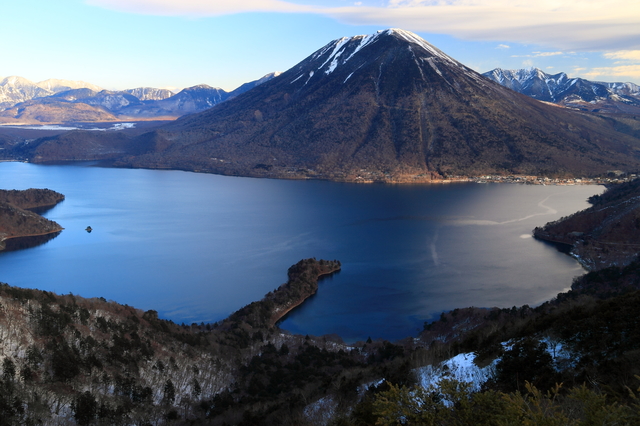 In our past articles on Nikko, we have focused mainly on places of historical significance, whether it be seeing the history of Toshogu, or joining in on historical activities at Edo Wonderland. However, for those who have already seen all of the UNESCO sites, the parks, and have eaten their fill of the delicious food, why not explore a bit of the surrounding nature as well? Nikko is beautiful in all seasons, and there is always something to do!

A Lake on a Mountain 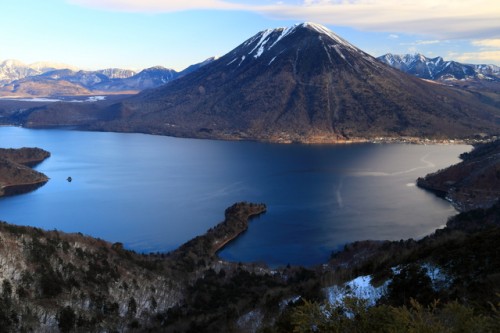 For my final day at Nikko, I visited the Chuzenji area. It is approximately 1 hour from Tobu Nikko station by bus, and the ride costs about ¥1500 each way. It is quite a scenic route, and there is a lot to admire as you go further and further up the rural mountain path. At the final bus stop, “Oku Nikko,” located at the back-country of Nikko, there is an onsen village called “Yumoto Onsen“. Along the way, there are many stunning nature sites which are representative of Nikko, and we will go through them one by one! 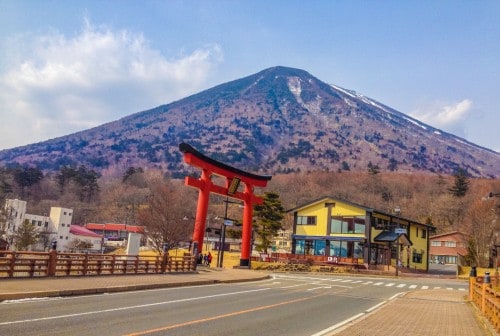 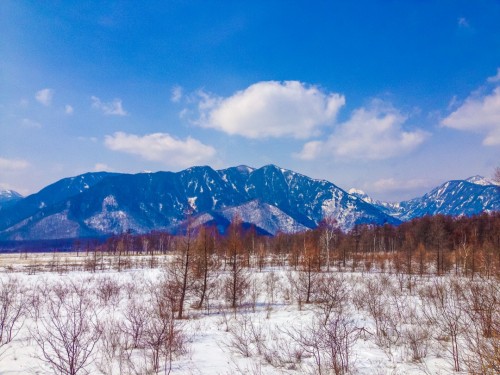 On the way to Yumoto Onsen, you can see the Senjogahara Marshlands. They are known for their nature trails, and this area is popular with birdwatchers as well. Even in the wintertime, the view is stunning! Skiing as well as snow-shoeing courses exist around the area. As you can see, the altitude is such that there is still plenty of snow.

2. Lake Chuzenji, A Photogenic Lake on the Mountain

Afterwards, I began my descent toward Lake Chuzenji. It is an area known equally for its natural beauty and for some especially luxurious onsen hotels. There are a surprising amount of shops and restaurants in the area; it was lively even at this time of year. In the warmer months you can rent boats and also enjoy fishing on the shimmering and clear lake. 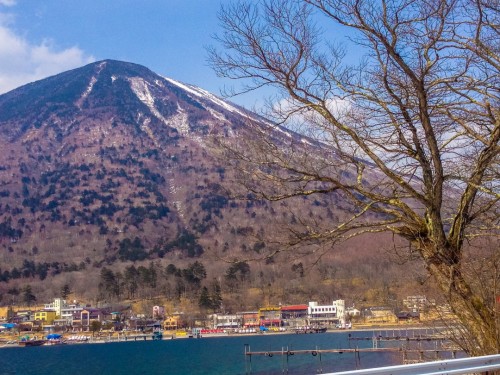 The best spot to view the lake is near the Tachiki Kannon Chuzenji temple, so I headed that way. On the roadside are a bunch of small pension inns, restaurants, and homes. The area is rather quiet and sleepy, but also inviting. I decided to traverse this area on foot, but you can rent a bicycle for your tour of the lake if you would prefer. 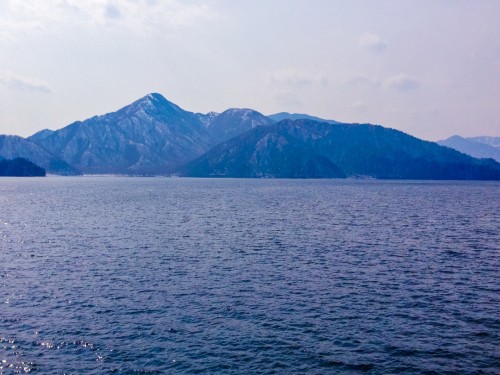 After admiring the view for a time, I checked out the nearby temple: 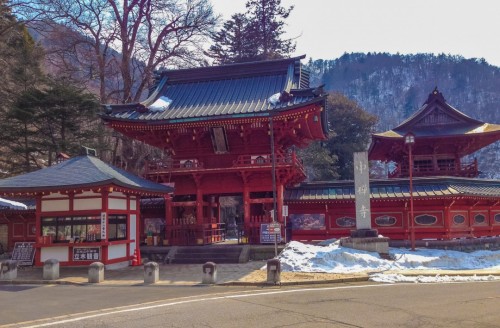 Tachiki Kannon temple is a Buddhist temple with a few connections to some of what you may have seen previously. Inside the temple are various statues, ornaments, and treasures from as far back as the Kamakura and Heian periods. On the ceiling of one the main rooms is a painted dragon that protects visitors from harm and can also help find things that have been lost. This dragon is, in fact, the same one that decorates parts of Toshogu shrine! This temple is celebrating its 1250th anniversary and will open its celebrated Kisshoten statue to the public for the first time! It will be on display from April 1st to November 30th  (excluded on June 18th), so be sure not to miss it!

3. Kegon Waterfall, A View You Can Really “Fall” For 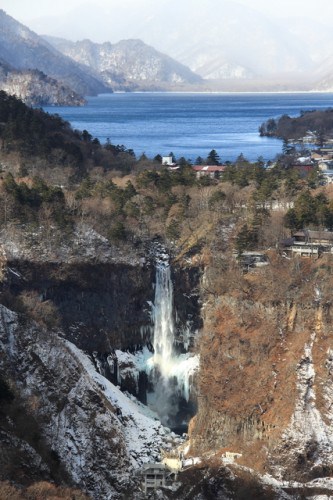 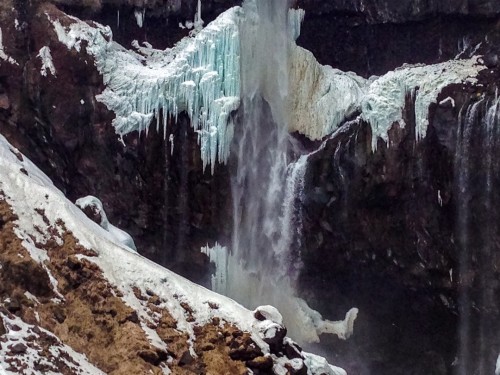 Kegon Falls is the other highlight of the Chuzenji area. It is a waterfall near Mount Nantai, an active volcano. “Kegon no Taki” is known as one of the three most beautiful waterfalls in Japan, and it had attracted quite a crowd! A group of about 20 of us packed into the elevator to the overhead observatory, and then I followed the tunnel to the falls. The waterfall is stunning during all times of the year; it was definitely worth coming all this way for. 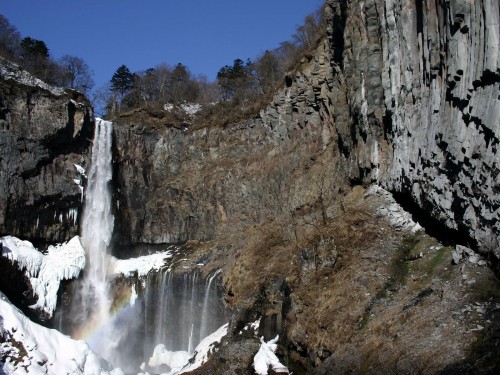 Around the falls, Mt. Nantai is a very popular hiking spot in warmer months, but there is also a Natural Science Museum nearby. During fall, one can really admire the changing colors of the leaves. In the immediate area were also some food stands advertising dango, fish skewers, and their own unique “Gyoza Croquettes.” 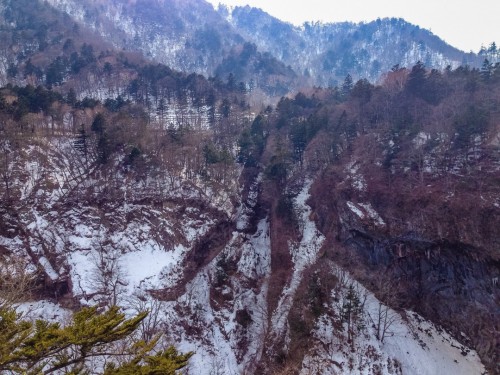 Last, But Not Least

Despite the title of this article, Shiraito Falls is very easy to miss. It is hidden behind Toshogu and the other heritage sites, and features little more than two modest shrines and a small waterfall. It is a great place to get away from the crowds, though, and is an absolutely beautiful little nature walk. It can be a little difficult in the snow, however. If you do not want to go all the way out to Kegon, Shiraito Falls is a waterfall much closer to the immediate Toshogu area and worth a look. Why not check it out before you go? 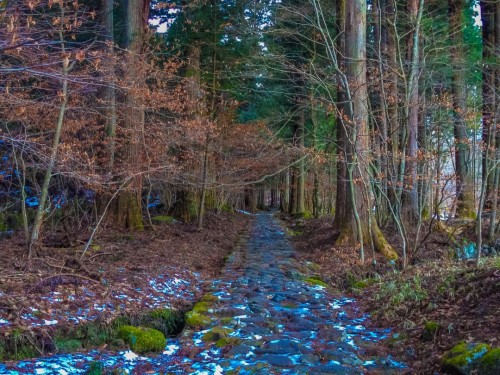 When you eventually leave Nikko, here is one more thing to keep in mind. If you are taking one of the limited express trains to Asakusa Station, they have recently become much more crowded. On my way back, the train was actually completely reserved, and it was impossible to buy a seat on the train, or even get a standing ticket like on some bullet trains. If possible, try to get your seat ticket from a ticket machine or station attendant before you plan to leave! 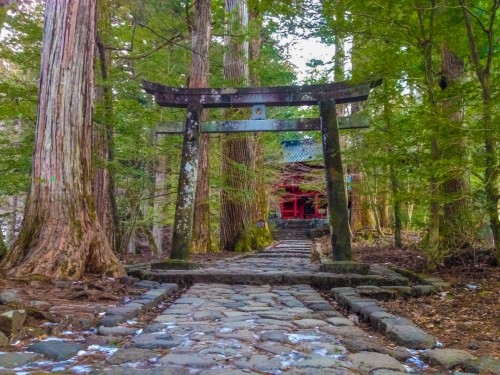 Take the Tobu bus bound for Yumoto Onsen at Tobu Nikko Station. The bus operates one or two times per hour. (70 minutes, ¥1500)

Take the Tobu bus bound for Chuzenjiko onsen at JR or Tobu Nikko Station. (50 minutes, ¥1150). When you get off the bus stop, take a walk toward Kegon Falls for 5 minutes.

Take the Tobu bus to Nishi Sando at JR or Tobu Nikko Station. From there, take a walk for 25 minutes.