Though it is not always easy to find real ramen in Western countries, you can usually get instant noodles from supermarkets. A good and cheap meal, ready to eat in a few minutes just by adding hot water; it is simple enough for cup noodles to be one of the most popular fast foods in the world. The inventor, Momofuku Ando, probably did not imagine such huge success in his early days. Born in Taiwan during Japan’s colonization period, he moved to Osaka where he founded his company and spent his life innovating instant noodles. Today the Cup Noodles museum in Osaka is dedicated to showcase them in dozens of forms. The museum also gives you an opportunity to make your own cup noodles. 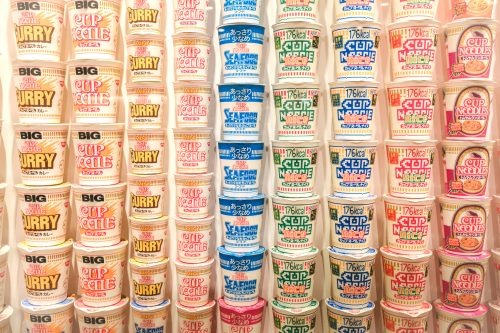 After World War II, Japan had difficulties in feeding all of its inhabitants. Japanese people needed a cheap and inexpensive meal to fill their bellies. Momofuku Ando, then a young entrepreneur in his forties, believed the future was in instant noodles. “Peace will come to the world when people have enough to eat,” he said. 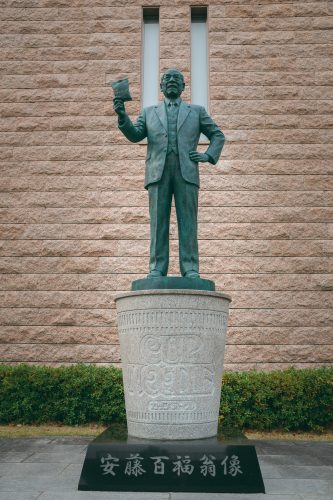 He spent a whole year researching and experimenting with his recipe in his studio in Osaka. Sleeping only four hours per night without any days off, his efforts finally paid off. On August 25, 1958 he gave birth to the first instant noodles: chicken ramen. 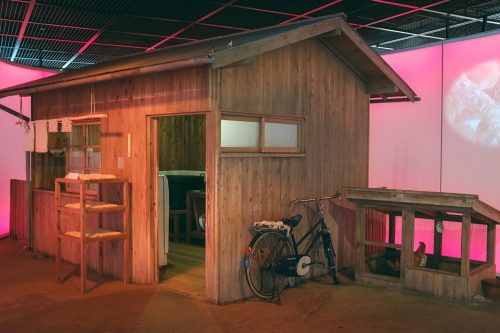 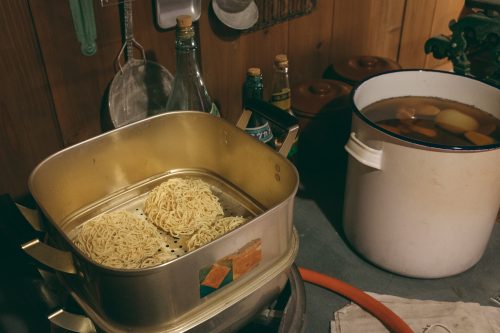 But Momofuku Ando had bigger plans for his invention; he wanted to make it available around the world. During his trip to the United States, he found that Americans also enjoyed his noodles, which helped him come up the next big idea. By selling them in a styrofoam bowl, his noodles could be ready to be consumed at any time. With this new advantage, Cup Noodles began to conquer the world. Ando was 61 years old. 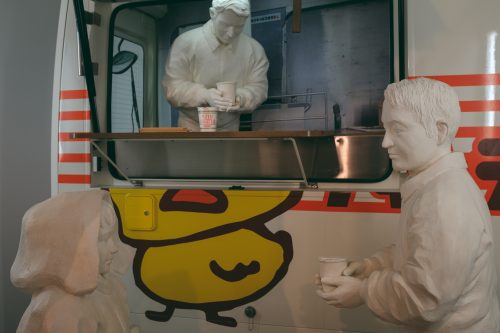 Ando constantly made improvements to his invention and finally achieved one of his dreams in 2005. He made instant noodles usable in space to supply the astronauts during their space travels. 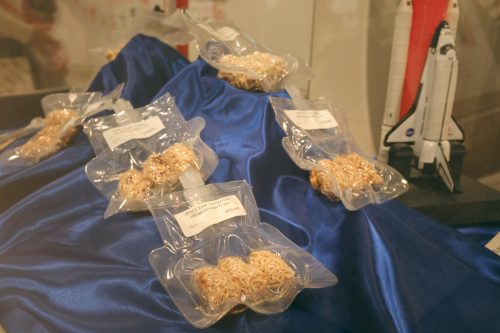 Make your own cup of Cup Noodles

In addition to the history of instant noodles that can be discovered through models and interactive exhibits, Osaka’s Cup Noodles museum offers visitors the chance to make their own Cup Noodles for 300 yen. We start by customizing the bowl of cup noodles with the marker pens. 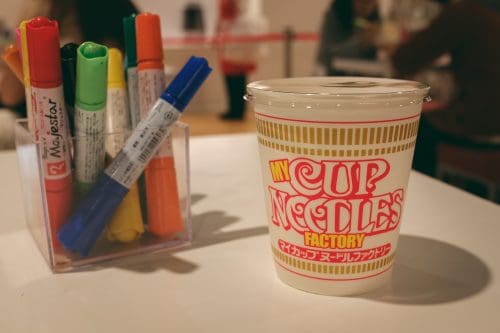 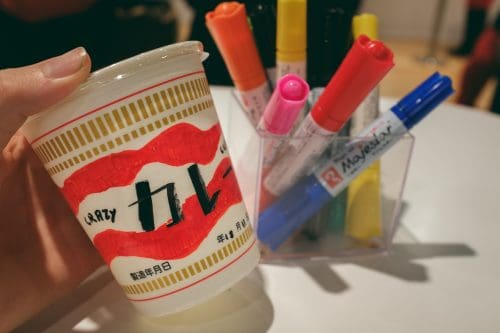 Next, we bring it to the kitchen where we will gradually fill up our bowl. We start, of course, with noodles. 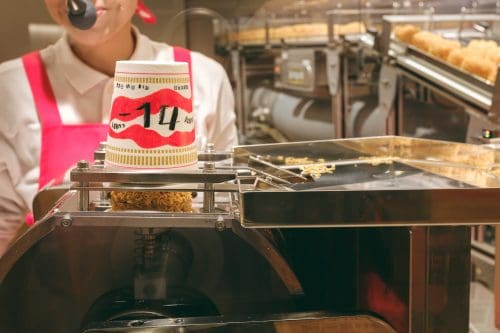 The fun really begins when it comes to choosing the ingredients that will accompany our instant noodles. The first choice to make: the soup. It is possible to choose from the classic soy sauce-based broth, a chili tomato soup, seafood or Japanese curry. I personally chose curry soup. 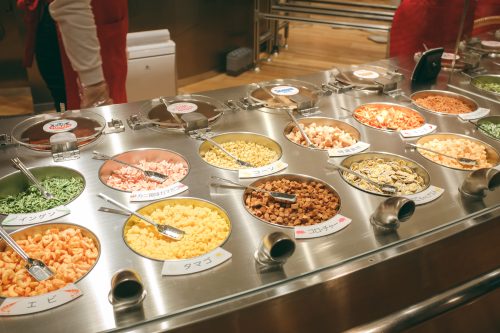 Then I was asked to choose 4 ingredients among the 12 available. Cheese, green onion, shrimp… the choice is varied and offers a very large number of possible combinations. Your bowl of Cup Noodles will definitely be personal! 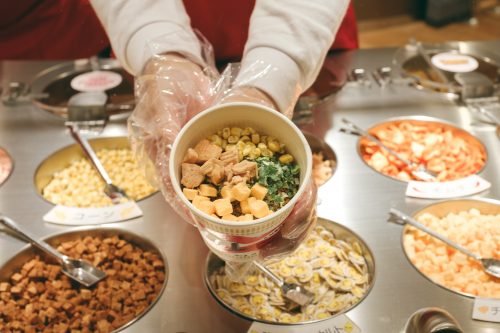 Here are my instant curry noodles with cheese, chicken, corn and green onion ready to use! But it’s not over yet. We can now go through the packaging process for our Cup Noodles. The lid is sealed and then our dear creation is wrapped in polypropylene film. 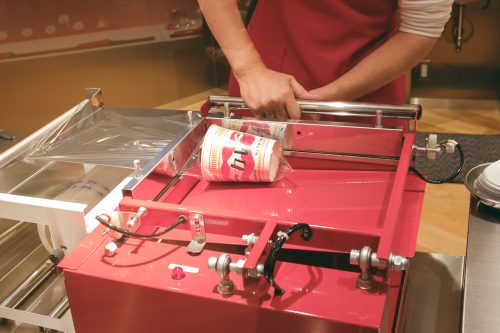 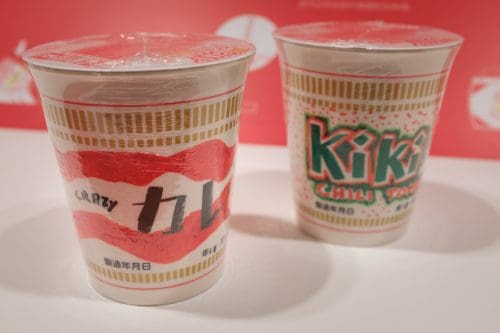 No doubt, the finished product has the look of a real Cup Noodles bought at the corner konbini (convenience store)! The expiration date is one month after manufacturing, so it is definitely possible to bring custom cup noodles to your friends back home.

It is also possible to learn how to make the chicken ramen, but you will need to book in advance in order to join one of the workshops on the floor of the museum.